Read on Twitter
As for sexist attacks on Sarah Palin's intelligence: Let's remember that she was savaged for her interviews with Katie Couric, in which she very much did not say Thighland or that of course she'd take help from the Russians or ffs personmanwomancameraTV:

If Donald Trump knows about Ledbetter and considers himself a feminist—or has even been asked about these subjects—I will eat a MAGA hat.

Was this kind of sentence structure, self-awareness, or decent conversational rhythm known to Dick Cheney or Dan Quayle?

Remember THIS was the interview that proved she was an irredeemable airhead, absolutely beneath contempt.
And she was called a loathsome neophyte — when she was a sitting state GOVERNOR.

She was fakey & corny—but ffs not a game-show host like Trump—& I disagreed w/her on most things. But she was a garden-variety politician, & yet framed for all time as a bimbo.
And this one actually SERVED as VP.

My point is not that Palin is brilliant. It's that she's no dumber than the Republican men who (a) actually served as president or VP, including Quayle, GWB & Trump, and (b) arguably smarter and less horrible (certainly than Cheney).
In replies, I'm seeing lasting anger that she couldn't name periodicals she read. Her interview with Couric was an intelligence test, which I never saw administered to, say, GWB. And GWB, who was a damn bloodthirsty POTUS, is not considered anywhere near the evil bimbo Palin is. 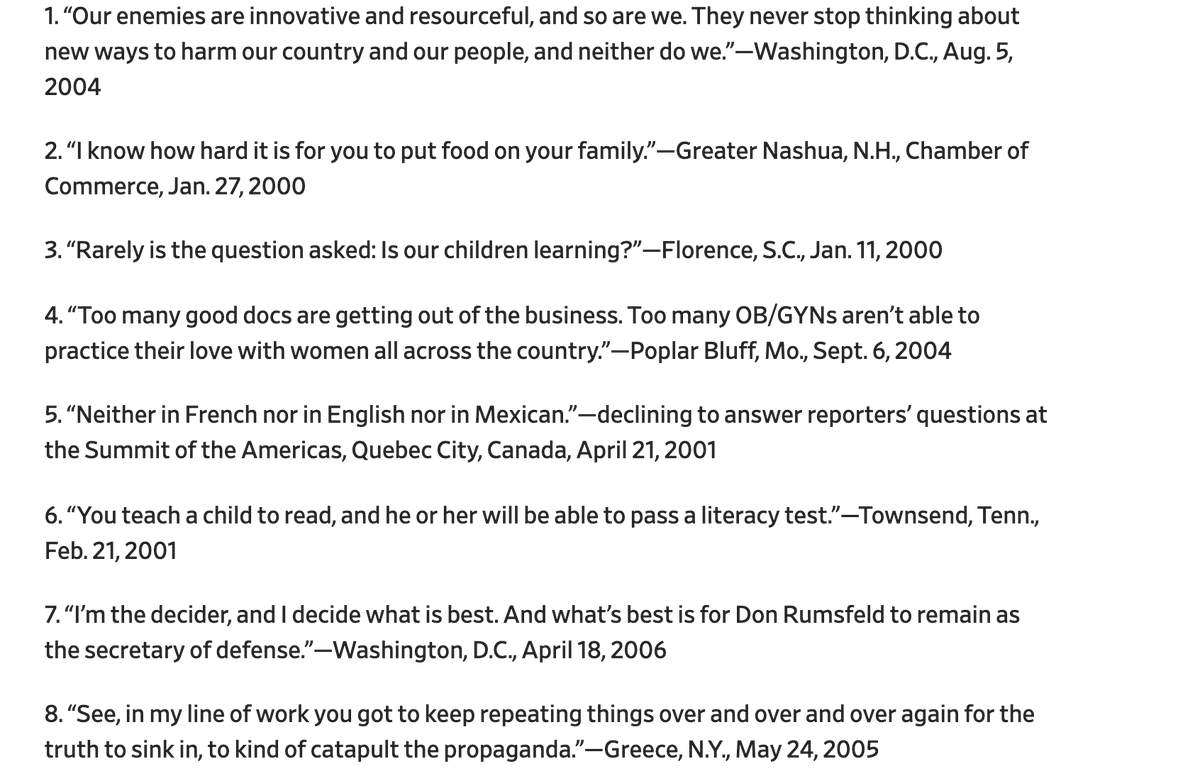 Seeing anger that she never ran for office again, also typical of ex-VPs — and some who lose on the ticket, like Kem). Also complaints she entered the private sector. Maybe controversial but reality TV > Cheney's private armies. Bonus: she also never accidentally SHOT A FRIEND.
For those who still despise her: good news! Unlike Quayle (Cerberus Capital), Dole (Viagra, Russia ties) & Cheney (no words), Palin's career & reputation have been ground into dust. So if it's not sexism that snuffed her out, if she's just the worst of them, justice has been done
P.S. This is all to say that when Biden announces his (presumably) female running mate, it's very likely even Democrats are going grill her harder than they did Tim Kaine, & find opportunities for sexist attacks. She will be "a cop," or too hawkish, or too inexperienced.
You can follow @page88.
Tip: mention @twtextapp on a Twitter thread with the keyword “unroll” to get a link to it.