The Attack On and Failure of Concepts

It was a long night, friends, and it's an angry morning within my unquiet heart. The nature of the attack we face in America today doesn't unnerve me, but it does enrage my soul, bitterly.
2) Do you know the term battle fury? I never assume I know what it means the way our brave warriors do. I've never face flying lead. nor feared an IED, nor seen my brothers and sisters in arms die before my eyes, as they have. Yet, I know I have my own form of battle fury.
3) I hail from Chicago. Actually, I grew up in the suburbs and a trip downtown was always its own special celebration. Most of the time we just window shopped, not being able to afford what we called "the better things in life." It was splurging just to look.
4) For me, all of downtown Chicago was a magical wonderland, including free concerts in Grant Park - I wonder if they've changed the name yet, or torn down his statue? - the Art Institute, Symphony Hall, Rush Street and its Chicago Pizza houses, and yes, the Miracle Mile.
5) I have to include Lincoln Park to the North and even the International House of Pancakes just outside and across the street from the incredible Museum of the Chicago Historical Society. All of that harkens to a childhood where none of that cost very much.
6) Of course I could go on and on. I could spin the tales of what growing up there was, what it meant, what it still means, even though I haven't lived there since 1979. Yet this night I could not sleep, and this morning I grieve. I'll show you a strange picture, below on topic.
7) In my teen years, fruggle with my meager earnings from work, I save my money for special things. I also paid for my own wardrobe, and had discovered how necessary the right apparel was in getting attention and dates with pretty girls. These shoes were part of that journey. 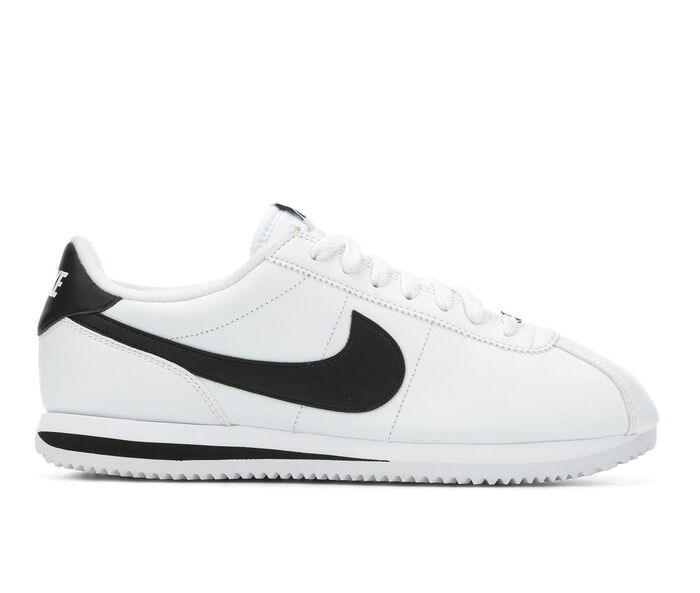 8) They're called the Nike Cortez, and they're back by true popular demand after many years discontinued. One time, and once only, I went downtown, to the Miracle Mile, to the Water Tower Place Mall, and got myself a pair I wore for the coming decade or more.
9) I imagine you know where I'm leading. For some apparently inscrutable reason, police violence, even rumored police violence, justifies raming one's car into a storefront on the Miracle Mile, today, and of course, rushing in and stealing its inventory.
10) Elsewhere in Chicago, a Best Buy is looted, pillaged, and destroyed and what do I hear? Looters are shaming volunteers who come to clean up, as if they were somehow guilty of the death of a baby, and should not help out a corporation like Best Buy.
11) The blatant hypocrisy that no one ever loots a Best Buy when a gang banger shoots a child in Chicago boggles the mind. AG Barr's profound thoughts regarding Intellectual Consistency and its relation to Rule of Law keep pounding away in my inner ears.
12) How is it, I ask, that today's politically correct culture so utterly embraces bold and blatant hypocrisy? Cold and calloused, cruel and, here's another c word, contumacious. It means: stubbornly or willfully disobedient to authority. This is not my Chicago. Not my America.
13) How is it, that student of Marxism and the Communist Manifesto that I am, I can still be so horribly stunned to see the program simply plodding right along the 160-year old path it always has? As you can tell, I have to talk about that.
14) In all the analyses I've written on topic, I fear I may never have turned to the concept of leverage, and its role in a Communist takeover of a Capitalist Society. Just to cover bases, consider this lovely image. The smaller ball controls the larger through leverage. 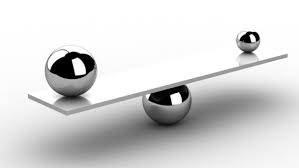 15) Consider this evil form of leverage. What does it cost to replace a glass window for a retail store? And what is the cost of the inventory? Now, how much does it cost to have a car ram it and looters pillage it? Easy to take and destroy, expensive and difficult to create.
16) In physics, this is called the Law of Entropy. Think of entropy in this context as the force of destruction. No living thing lives forever. Entropy kills us all, and not just living things, either. No rock, or even continent lives forever. Entropy gets us all.
17) You may be certain that the Marxists are completely versed in these mechanics, physics, and their social application. And how much leverage to you garner when the video clip of the car ramming the window is played millions upon millions of times in all media?
18) Here's more leverage. As I drive around my lovely town of Charlottesville, I sometimes play the awesome local classic rock station. And, I hear some local news. And yes, they are still talking about the White Supremacist Rally. Not the Antifa Rally, oh no. That's leverage.
19) More leverage? Even I, yes me, my fingers hesitate to bring up the topic of race. While I do fear Twitter's displeasure, I've prepared myself for that. No, it is the other consequences in life and business that make my typing pause. I soldier on, but still. Leverage.
20) Once through my grief and rage, I have a place of solace I eventually find. My Chicago will never die. No different than how we rebuilt after Mrs. O'Leary's cow lit our wooden town on fire in 1871, we'll rebuild again. That's a deep place, yet there is one deeper still.
21) I've told the story many times. I had no idea how much I even missed America, Herself, until my rage burned full over Mitt Romney's despicable run in 2012, and I found my way back to Thomas Paine's Common Sense. A struggling hope began to arise. That America wasn't dead.
22) Still, it wasn't until Trump arrived in 2015, that I came to truly understand just how deeply my heart had been broken. No, not merely by the glossed up fool, Romney, but by the loss of America I had unwittingly surrendered to for the decades of my adult life.
23) Reading Tom Paine was a time machine experience for me. It led me directly to the Declaration of Independence, and when I read that document, I grow angry, yes, at good old, bad old King George III. He becomes my king, against whom I am ready to revolt.
24) Paine does more than merely lay out a case for revolution, though. He speaks straight to the mind and heart of Common Sense America. I came to picture Her, America Herself, as a slumbering giant, buried deep beneath the soil of our land, longing to reawaken.
25) I met my incredible wife, @KateScopelliti, in California, and due to her, I ended up spending a good chunk of my life there. I have felt the earth move under my feet, even literally, as compared to what that woman does to me. I know what a wave of land looks and feels like.
26) If you've never been through a major earthquake, there's just no way to fully imagine land, waving, as if it were water. It does. Your floor does. Stuff happens, let me tell you.

I came to picture America rising just like that. The giant sits up, then stands, then strides.
27) She is a gentle giant, tender and kind to her children. She is a fierce giant, that goddess of death and destruction, if you threaten Her children. I am heartened that women are rising through the ranks of our military. Were I an enemy of America I'd fear them the most.
28) We'd must best turn to the missing concepts, those that define the very essence of America's soul. You have been warned.

We may reduce America's core concepts to just four, these rights:

1) Life
2) Liberty
3) The Pursuit of Happiness
4) Property
29) Each is but a concept. What is life? Ask a pro-choice advocate, you get a very different definition than a pro-life advocate. We go to political war in this nation over that, and fail to pause to contemplate the concept, the conceptual nature of the conflict.
30) As we descend, the concepts grow ever mushier. Slave owners defined liberty as the time they allowed slaves to not work, and those possessions they were allowed to hold in their housing, their freedom to choose who to have sex with, unless the master disagreed, etc.
31) What percentage of the Colonist's income might the Stamp Act of 1764 comprise? As much as any other single cause, we ended up in revolution over that loss of liberty. Today, what percentage of our incomes is taxed. Yet, we are the land of liberty. Do you see? It's a concept.
32) But wait, I skipped from liberty to property just there, didn't I? Yes and no. If you do not have liberty to enjoy the benefits of your labor - your income - then how do you pursue happiness, or hold your property? These rights are concepts. And we must master them as such.
33) Yet today's Communists know that our conceptual capabilities are more like to plate glass outside ground level retailers, easily broken and hard to fix, than they are to the iron will of our founding fathers. And that will was phenomenally conceptual at root and heart.
34) If our newly reawakened Mother America is to instruct us, we must be ready to study, and to flow up and down the list of rights, tying them each to the other, and all to the whole of them. To steal a man's property destroys his happiness, his liberty, and ultimately his life.
35) Skip over happiness for a moment. Take a man's property, you take his liberty in that moment. A man without liberty may be enslaved or executed, and who will stop the evil powers that deem his life expendable for their righteous cause?
36) This set of conceptual ties is the greatest battle we fight, today. It is the great cause we must rise up to. If we would fight for men, for women, for children, neighborhoods, cities, states, and for our nation, we must fight for the concepts, the principles that define us.
37) Once upon a time, learning to debate, we were taught a Latin term: non sequitur. It's a simple idea. One point does not lead to nor follow from another. A horrific tragedy occurs, a child is killed. It does not follow that, therefore, a store may be looted and pillaged.
38) The two realities are in NO WAY connected. Rather, it is a lie. It is a false justification. There is another agenda. So highly visible on the surface it's hard for me to call it a hidden agenda. Well, it's hidden in plain sight. It is the march of Communism today. Obviously.
39) But then again is it, obvious, that is? No, it's not. All of this swims in a sea of mish mash muddled ideas and confused, obfuscated concepts. So, I say read both the Communist Manifesto, and Tom Paine. Study the history. Become your own teacher of concepts, yourself.
40) Raised in Chicago, now living in Charlottesville, the town every ties to the rise of Antifa, what a book ends for my story so far. I'm angry. Not done. I may not even have gotten fully wound up yet.

How about you?
Thread ends at #40.
You can follow @ThyConsigliori.
Tip: mention @twtextapp on a Twitter thread with the keyword “unroll” to get a link to it.