Read on Twitter
I wrote a follow up about media using racism and anxiety about COVID19 to get clicks and subs. I don't think people realise how bad the problem is, so I tried to quantify it.

A warning: the post contains sexist and racist abuse.

A thread summary, below.
Journalism has a social media abuse problem (no, not that one)

A warning: this post contains republication of some confronting and unfiltered sexist and racist abuse, gathered from social media. I have chosen to republish it here to communicate the severity of…

https://ketanjoshi.co/2020/08/07/journalism-has-a-social-media-abuse-problem-no-not-that-one/
Recently, after the @couriermail opted to publish the names, faces and social media posts of two young women of colour after they breached COVID19 restrictions, I collated some examples of the racist abuse they'd received in this thread. CW abuse https://twitter.com/KetanJ0/status/1288731771178307591

The incredible quantity of comments of these posts was so huge. I used http://exportcomments.com  for a few of those tweets, but put aside some time to do a more thorough search for mentions of names, topics etc to gather links and try to export comments on all those posts 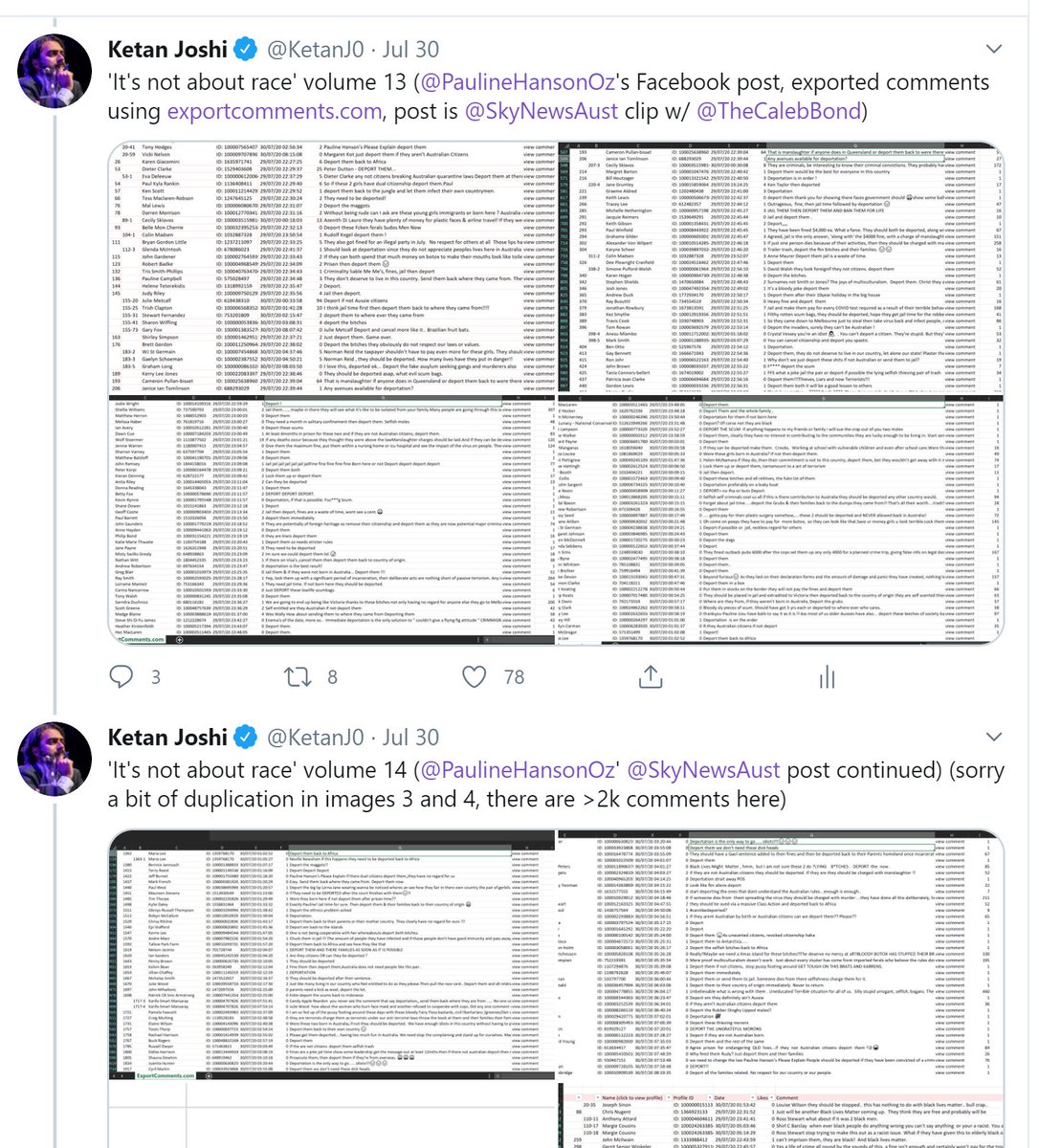 There's about 20,000 comments in total in my file, gathered from 21 posts, from @couriermail, @ladbible, @theheraldsun, and Pauline Hanson's page.

Each of these comment sections were filled with incredible, aggressive abuse.

I used a word frequency counter to choose some of the most common terms of racist abuse, and then used a formula to determine how many comments feature these words at least once.

There are a lot. I include examples in the post. https://ketanjoshi.co/2020/07/30/the-pandemic-is-making-australian-media-racism-even-more-dangerous/ 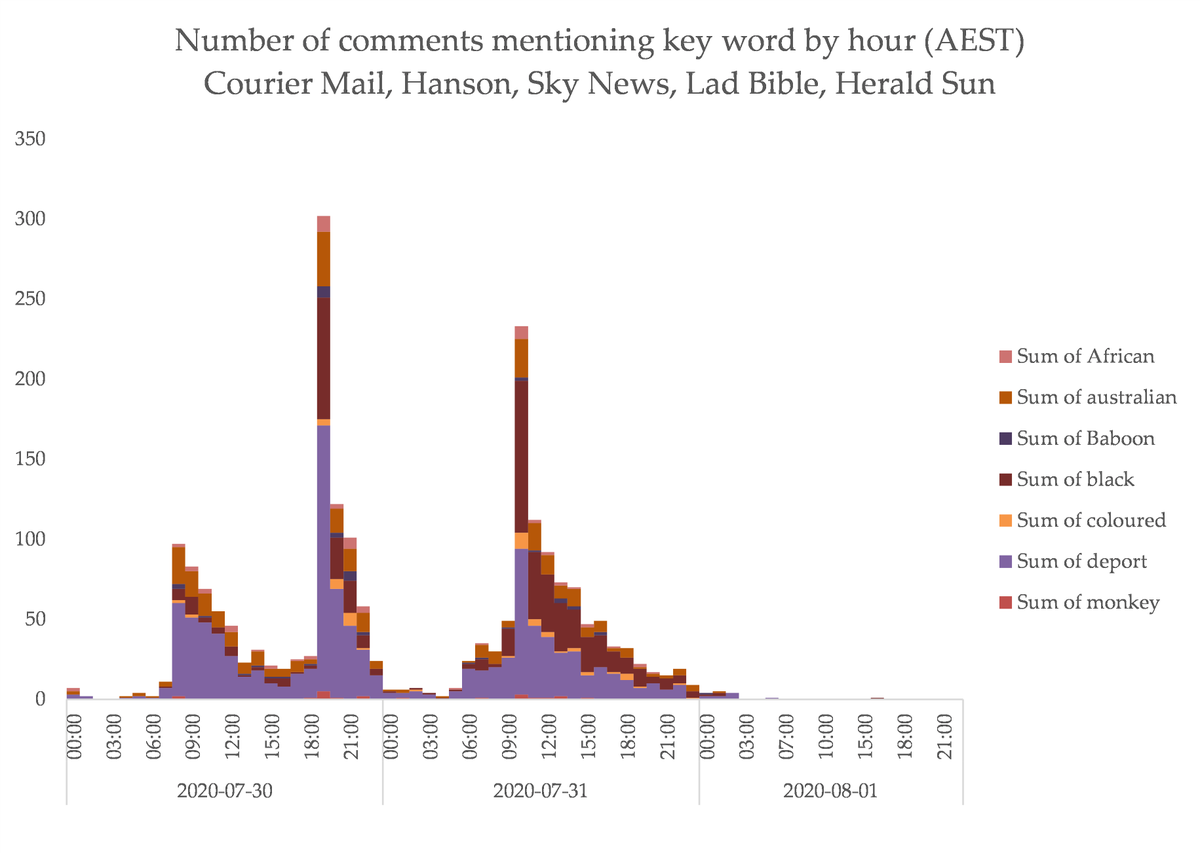 *racist and sexist that is
This intense, abusive reaction - filled with plenty of credible threats of violence, death threats, along with viciously misogynistic and racist abuse of the worst kind - is intentional.

This pool of emotion creates revenue for the outlets that feed and worsen it.
COVID19 provides a protective cover for this - they claim they're protecting public health, by triggering this tsunami of direct and extremely aggressive abuse as a punishment for breaching rules.

So it was stunning to me that, following the truly eye-opening lack of any introspection or reaction or criticism of what happened here, that the next week would feature loudly-declared admonishments of abuse directed at journalists, done without mention of this recent history.
Not only is this not mentioned, but if it *is* mentioned, they decide to erase you from their social media landscape. They're free to do that, but it's another symptom in what seems to be serious ailment.

I thought the Twitterati were the ones stuck in a bubble? 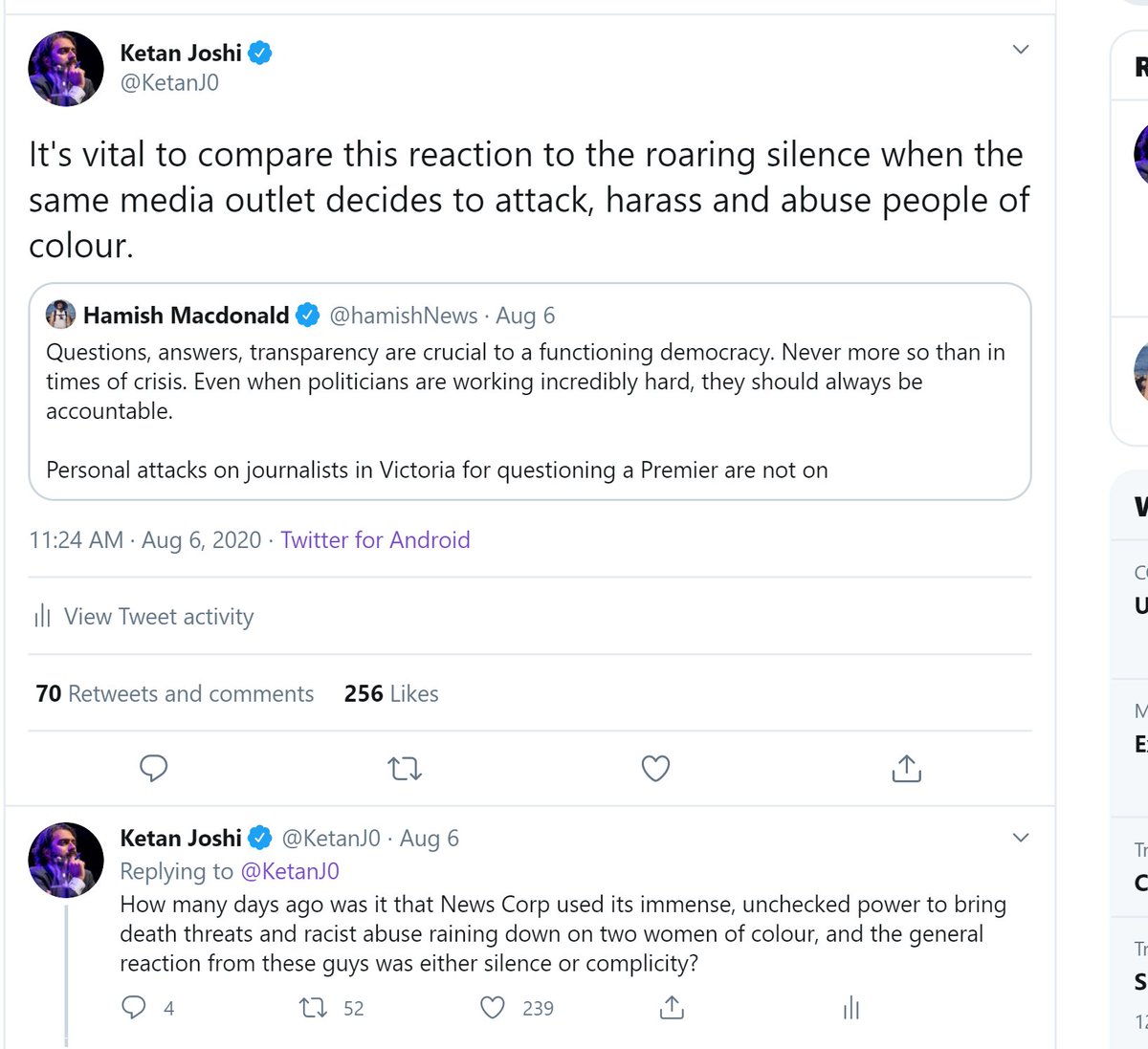 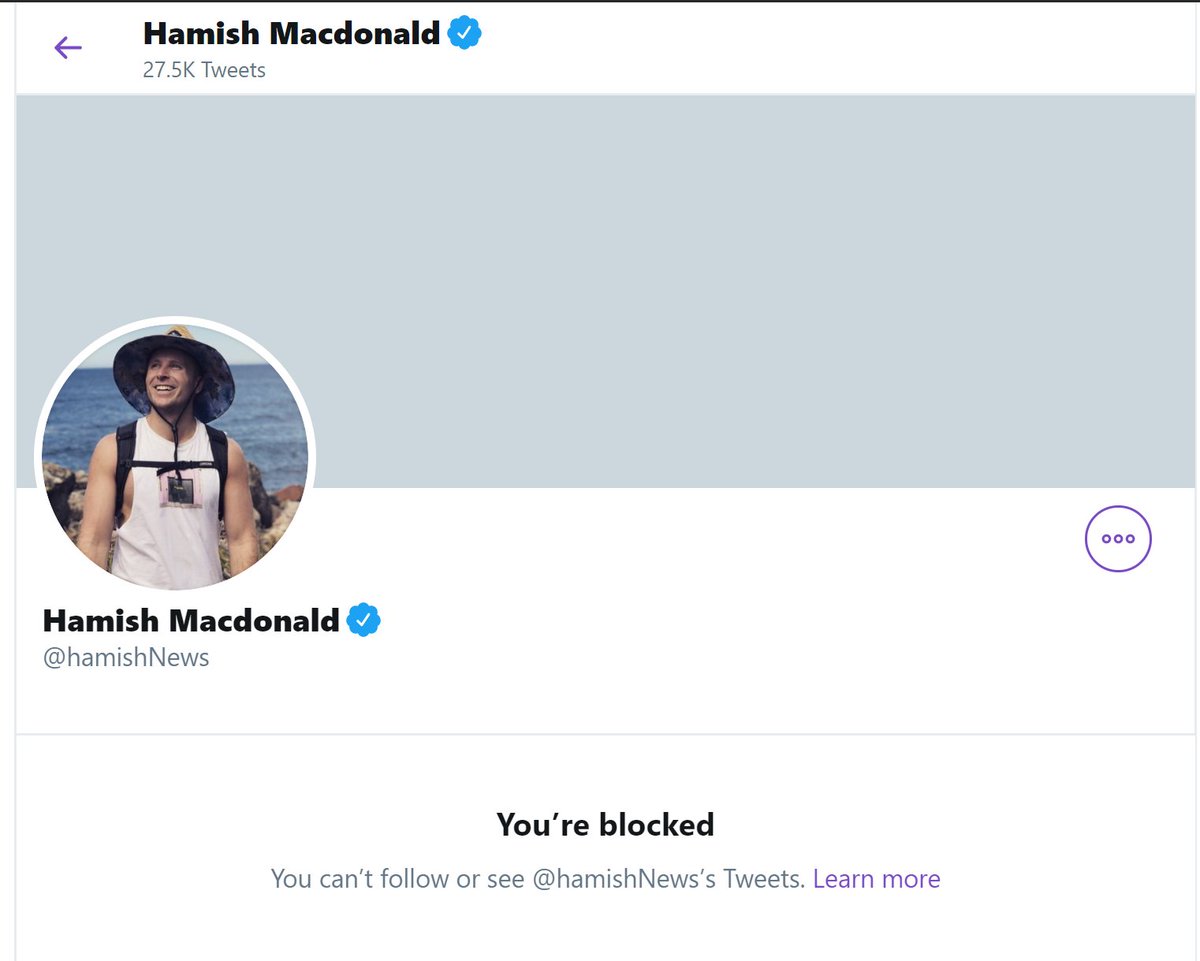 Of course, it's inevitable that many of the journalists who feature heavily in last week's calls to reduce abuse also feature heavily in another database I created: the media articles that brought a tsunami of threats, abuse and attacks raining down on @yassmin_a. 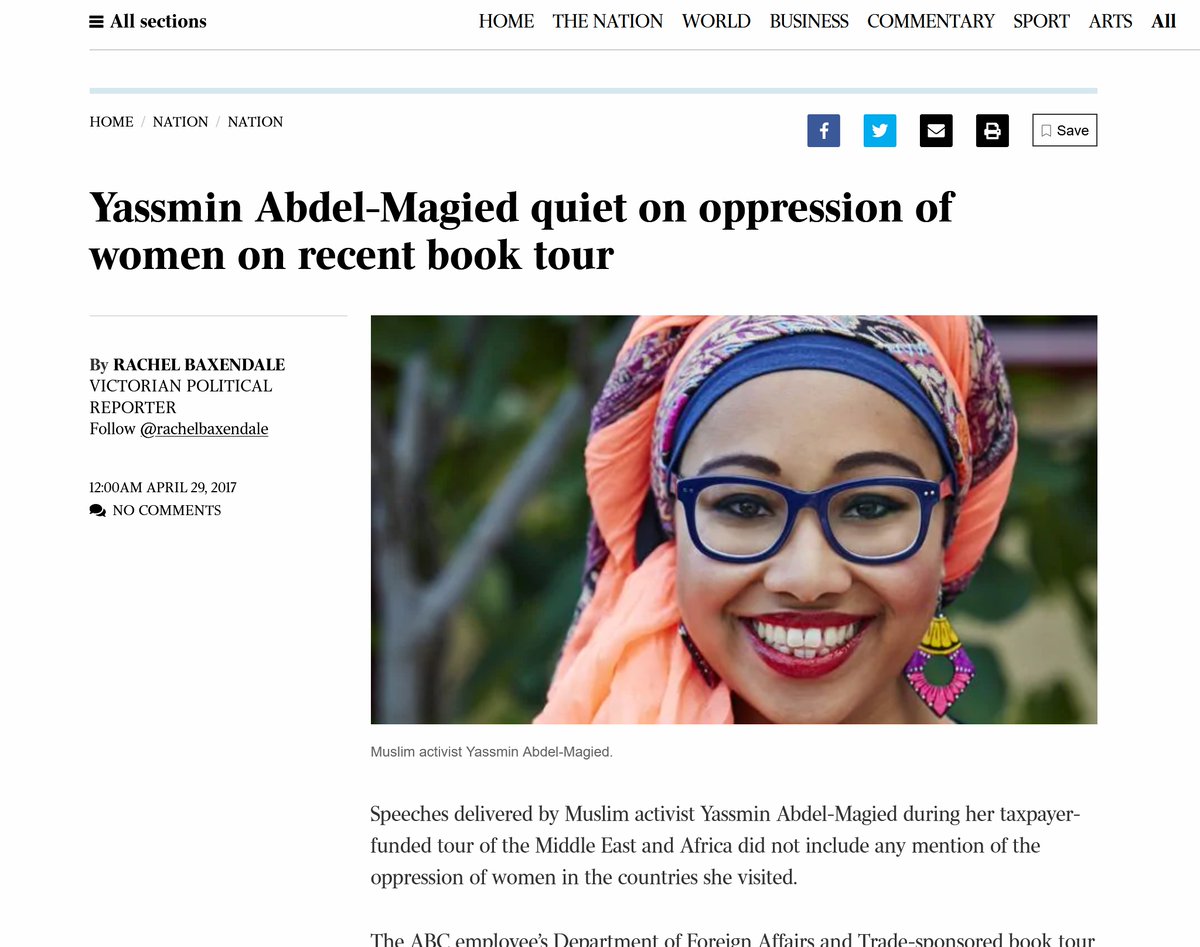 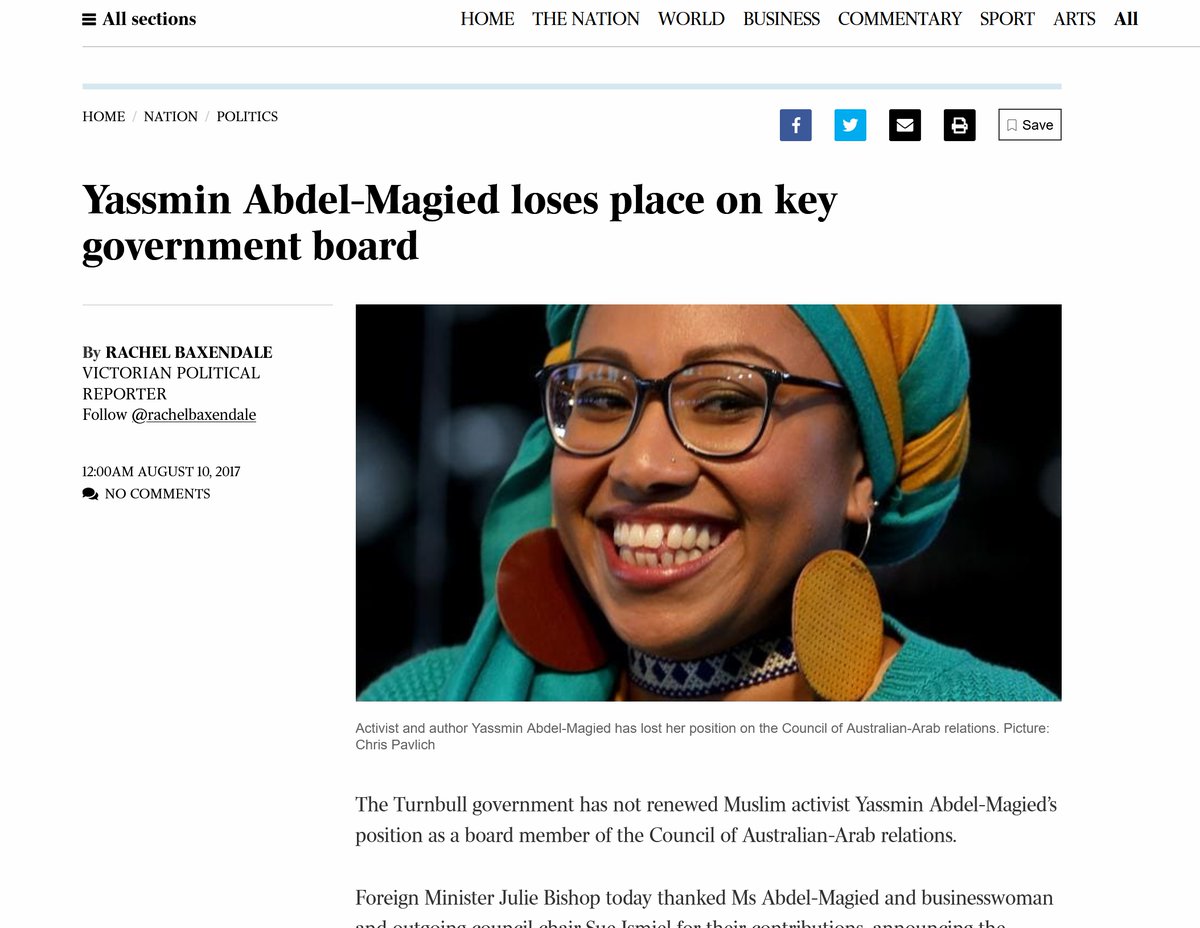 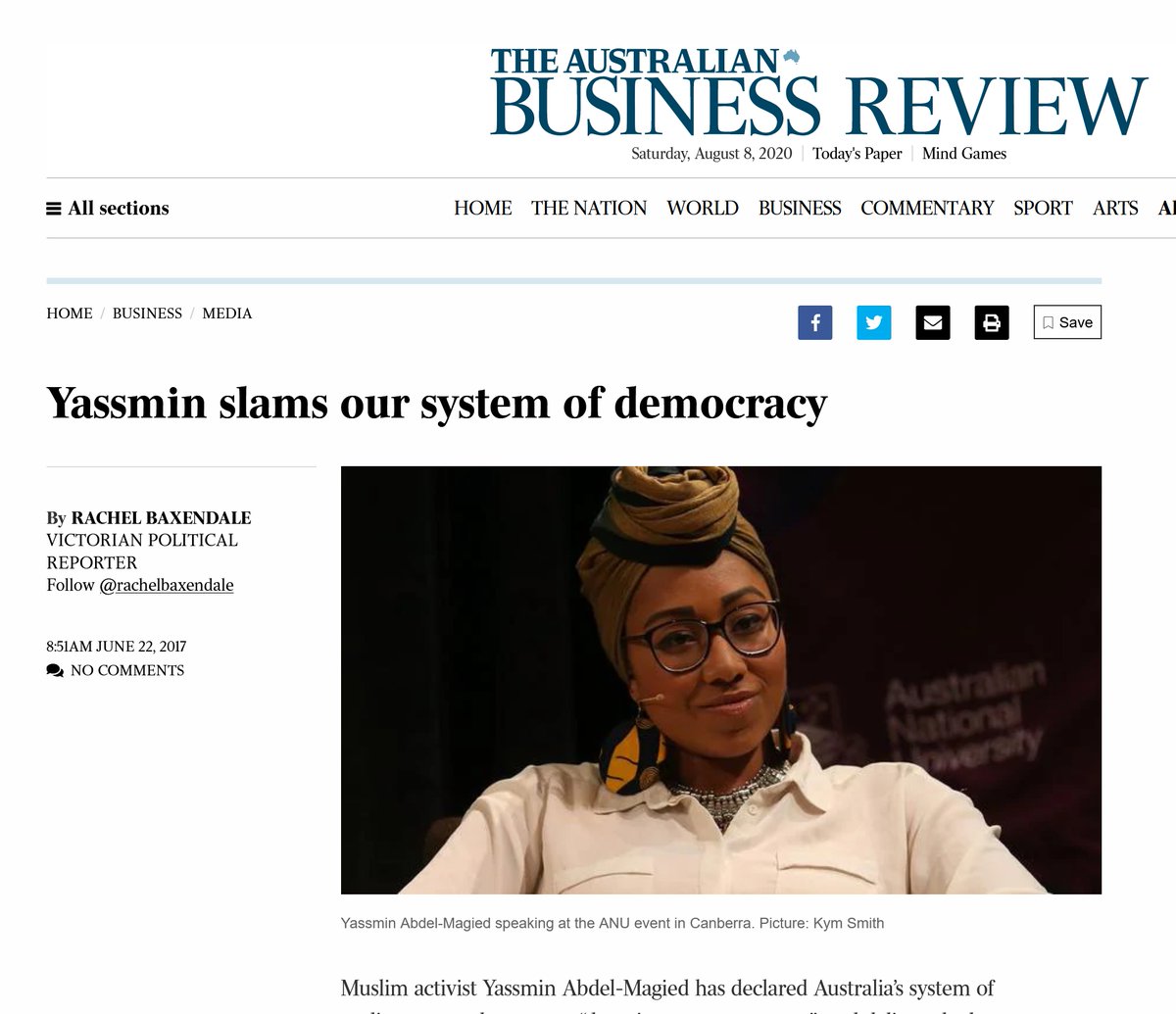 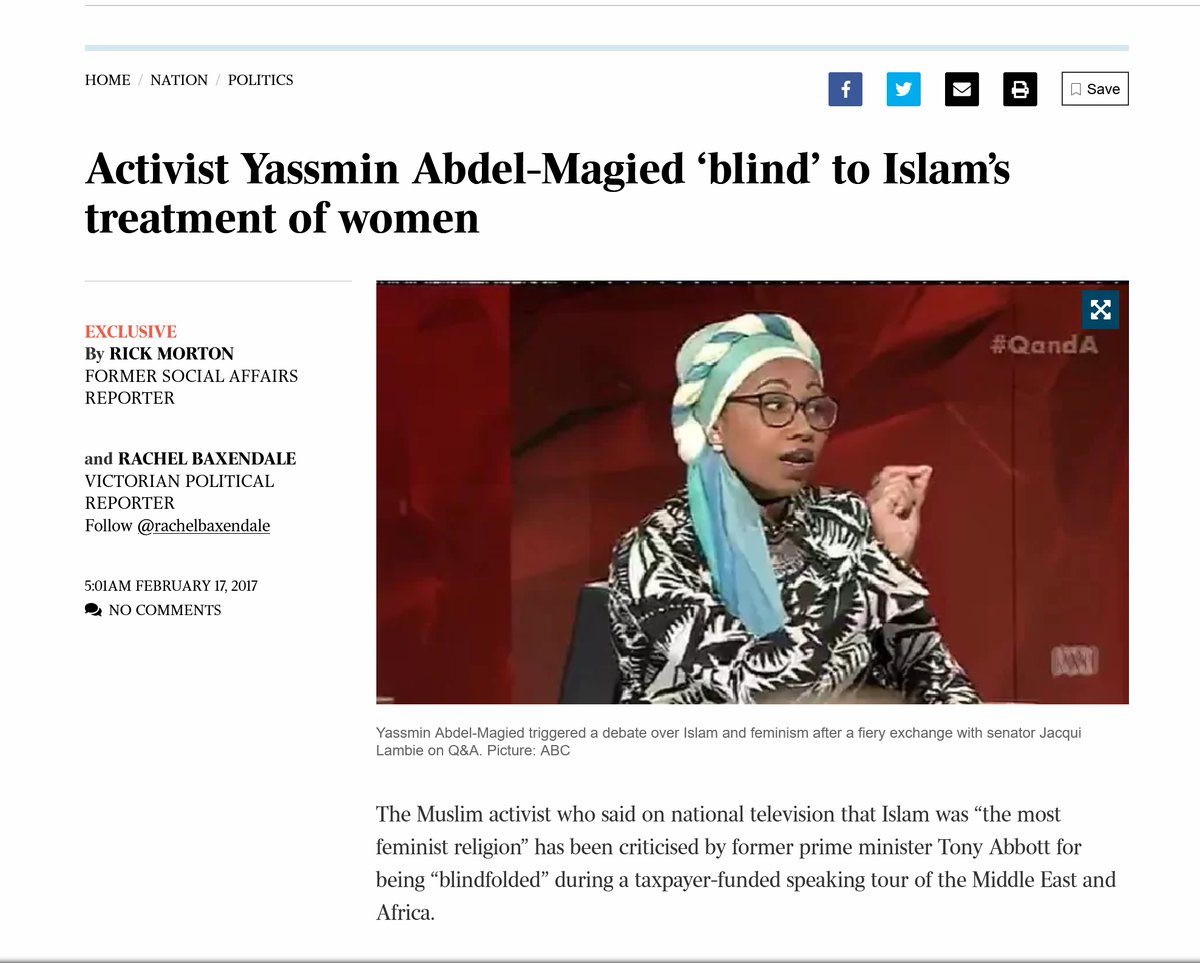 It's worth pausing to point out that - as a few others have, too - Daniel Andrews stans on Twitter have become pretty toxic. I tried criticising sending in armed forces and weaponry to deal with a COVID19 outbreak in public housing, and copped it too. It's getting bad.
Abuse of any kind is bad. But magnitude matters too. Source matters. Context matters. And all of these are being ignored because - what? It's actually good to target women of colour? It's fine for a media outlet to literally hurt Australian citizens for the purposes of profit?
There is never anything wrong with calling out abuse in your own mentions.

But you can't get shirty if we decide to call out the incredible waves of abuse *created* by the actions and decisions of your friends and colleagues, and sometimes, your own decisions.
The more its ignored, hand-waved away and blocked out of existence, the more frequently and the more loudly I'll keep saying it: racism is a problem in Australia media outlets, and it is getting orders of magnitude worse when paired with a pandemic.
/end
Appendix A: ages-old racist habits within the industry are getting worse when combined with the intensity and the anxiety of a pandemic, and failing to discuss or even acknowledge them also makes things worse 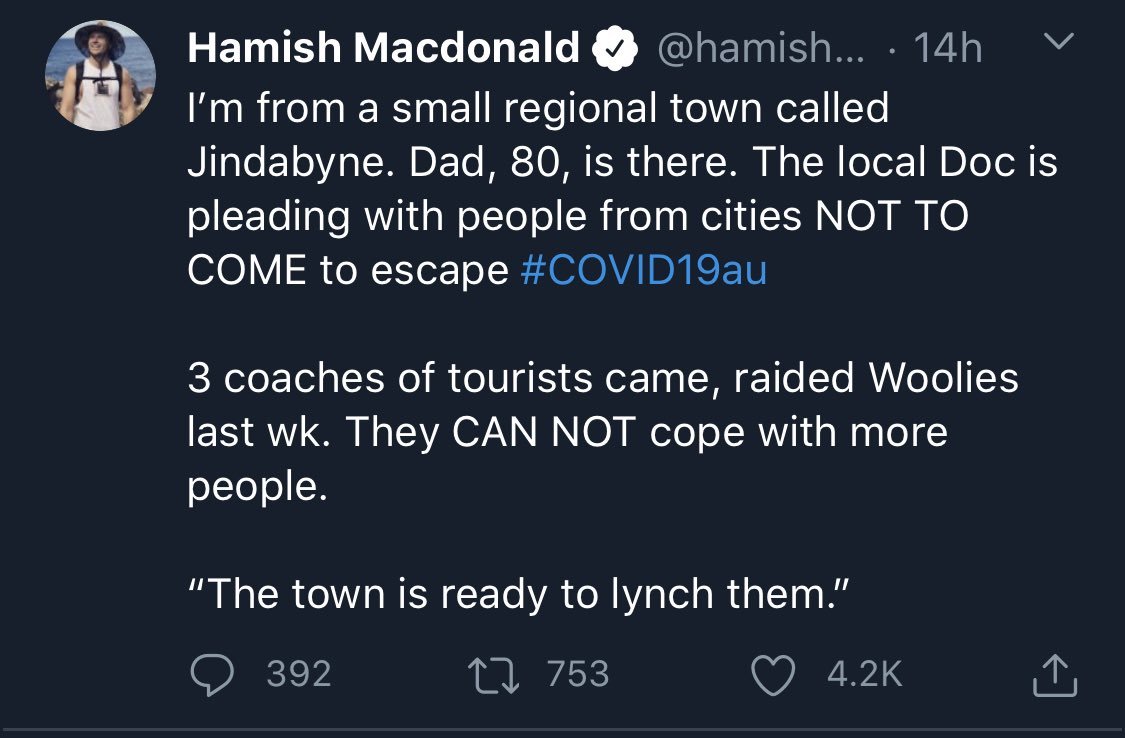 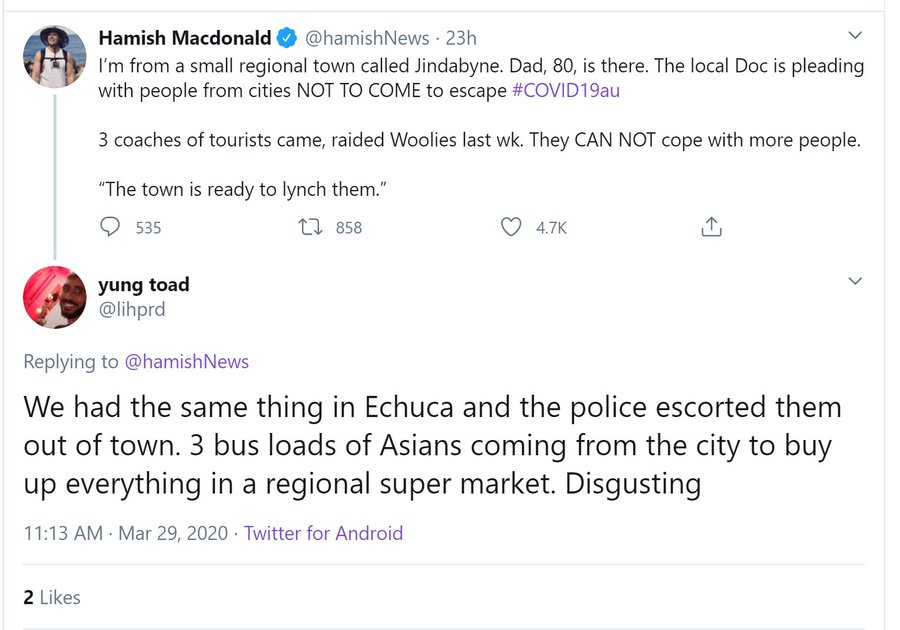 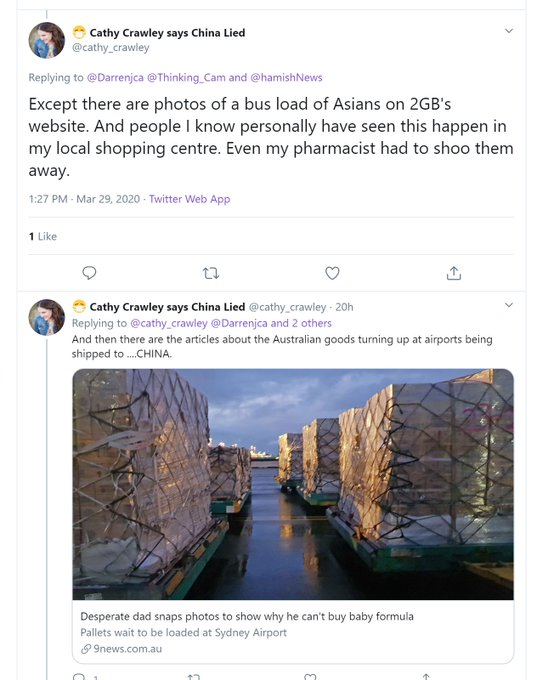 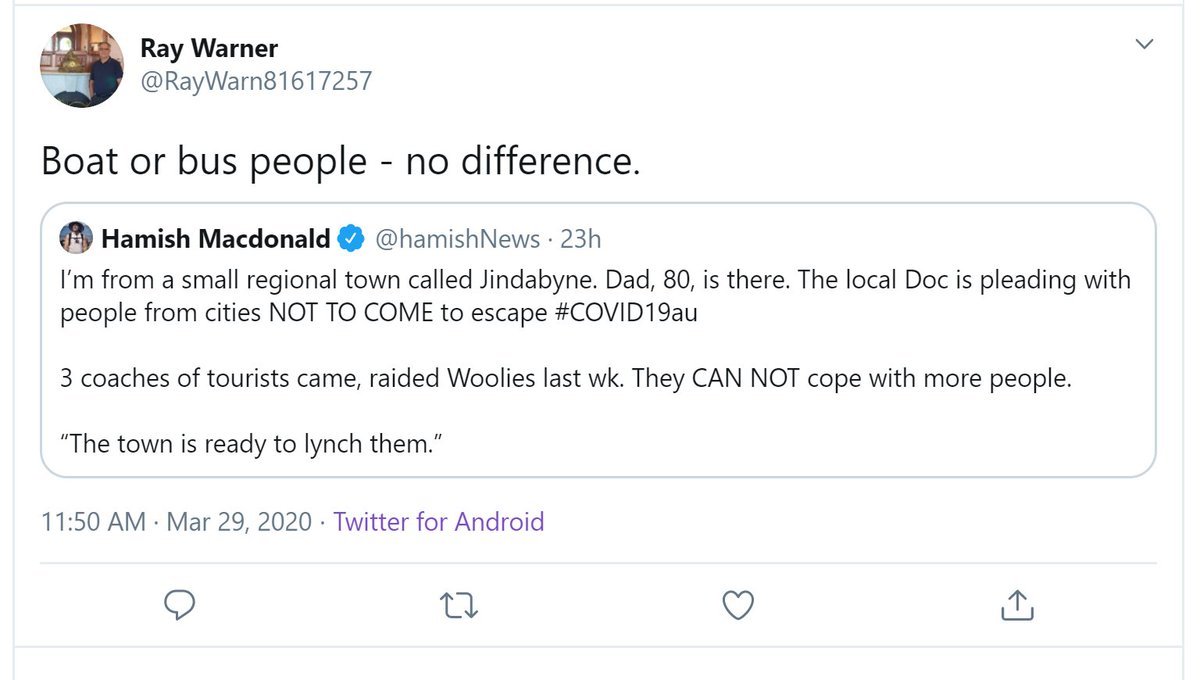 Appendix B: I forgot to add, when I created the database of articles about YAM back in 2017, I intentionally excluded the names of journalists from the file because I knew that including their names, handles, etc would inspire some POS to send them sexist abuse.
Appendix C1: Fairfax / Nine journalist @RMorrison9 literally hunted down one of the three women, blocking her door once they stopped in a driveway and refusing to listen when they didn't want to talk to him, even though they offered to speak later:
Appendix C2: At the same time (the tweets are adjacent), @RMorrison9 presents a story about "a Toowoomba man", whose identity is not revealed - and who is not hunted down for an interview.

No names, no faces, no leaks from authorities, no reproductions of his social media posts 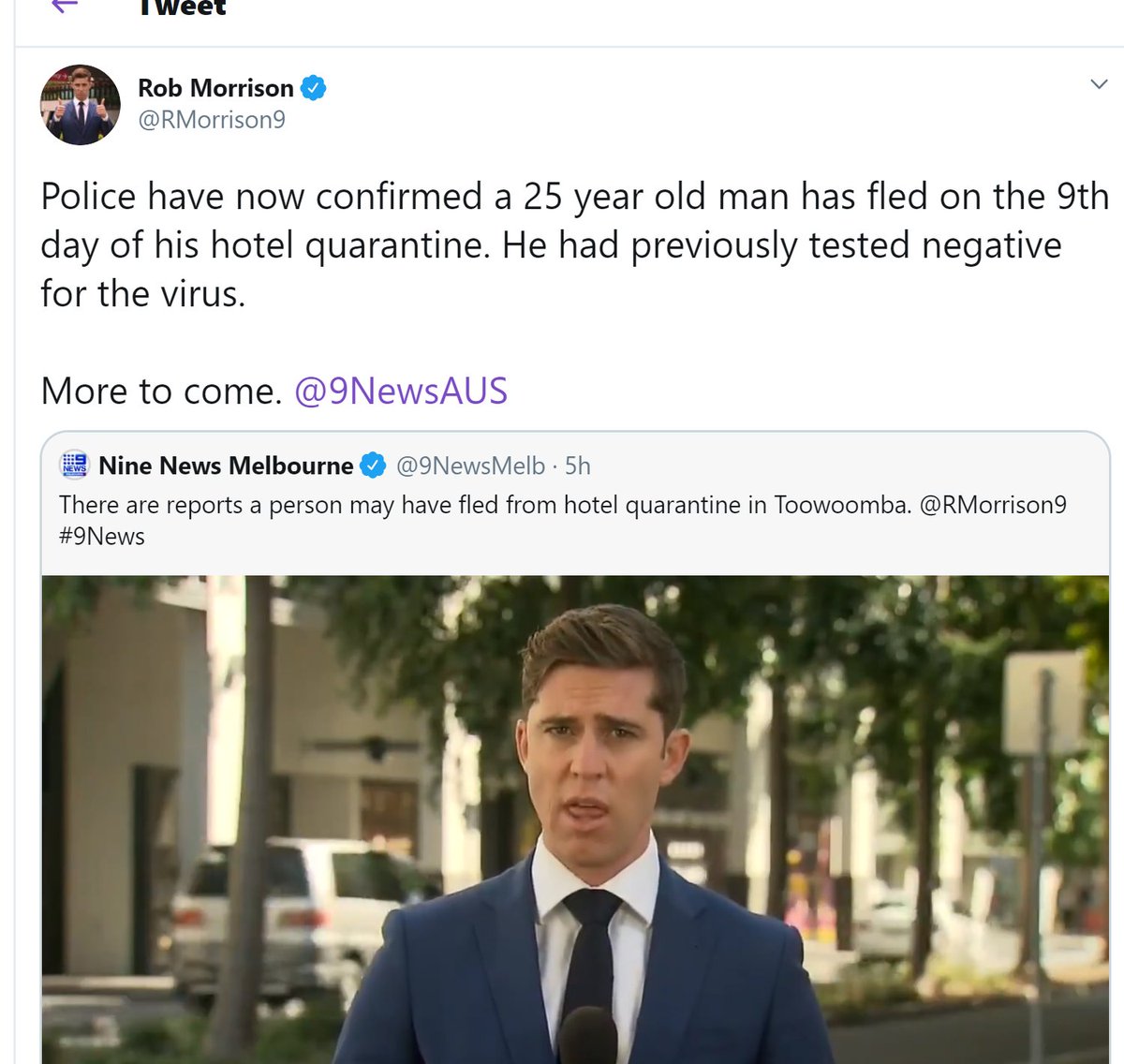 You can actually see in the reflection of the windows that there must be at least four people standing directly outside the door of her car, blocking any escape. The camera, the journalist, and two others on the right hand side of the journalist who move in later on. 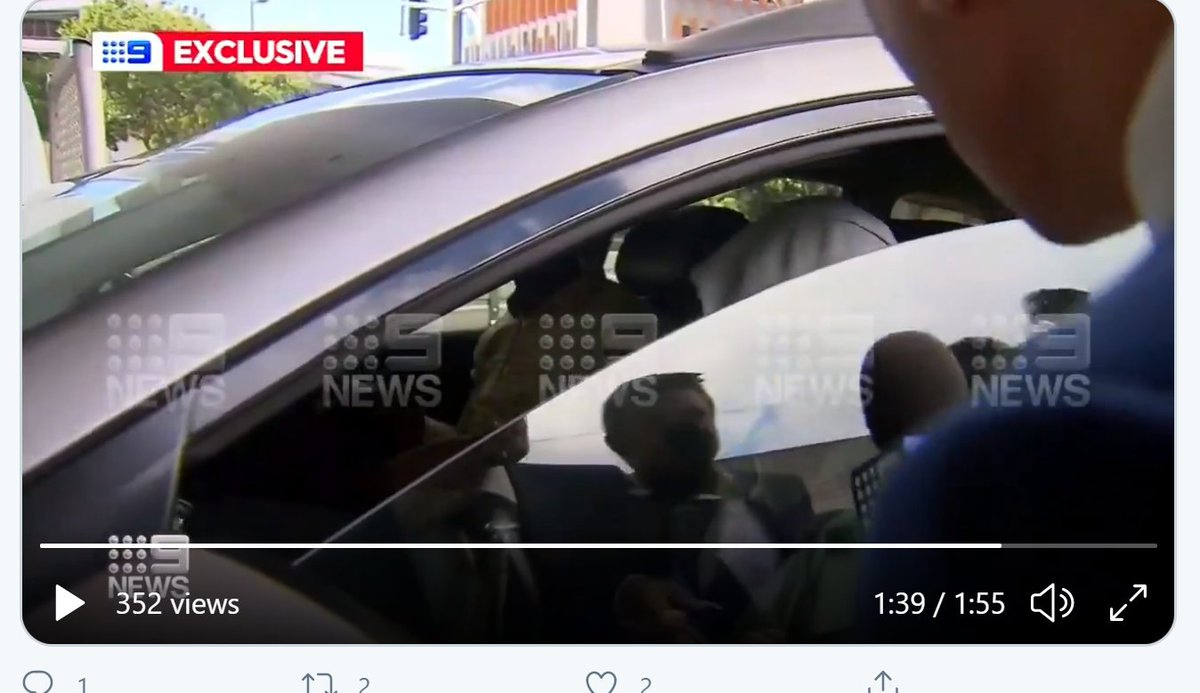 Then, @9NewsQueensland / @RMorrison9 continue harassing the family. "You have to respect her", the father pleads. "Well SHE didn't respect the people of QUEENSLAND", Morrison spits back.

They feel fully justified in what they're doing. No shame.
Not only is this particular case far from over, the next time this happens, it's going to be worse. They are practised, now. They know the full scale of the benefits and rewards they'll get by sparking racist backlash and coating that underneath the defence of public health.
Oh looks, it's already getting worse. This is from the 'good one' in the News Corp stable: https://twitter.com/newscomauHQ/status/1293455311999623170

Here are some of the comments below @RMorrison9's video. Great work protecting public health, @9NewsQueensland! 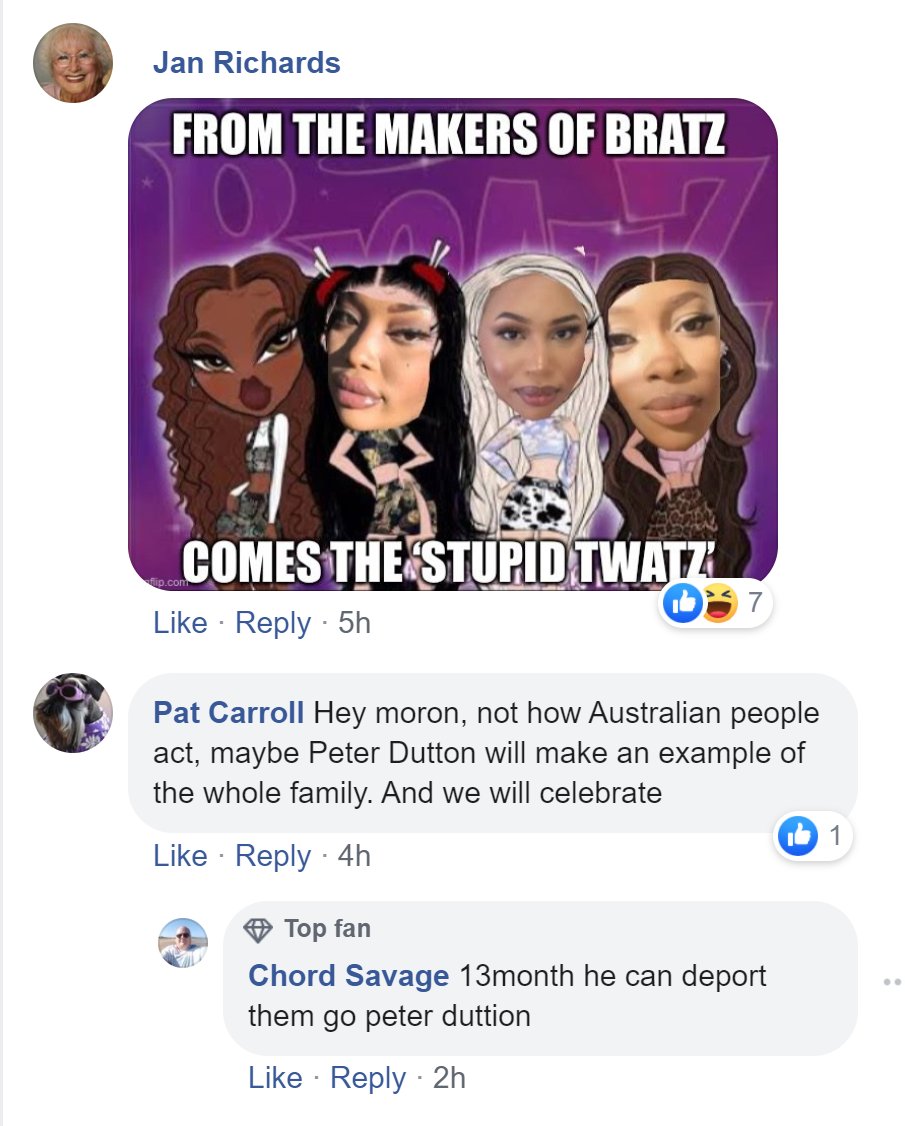 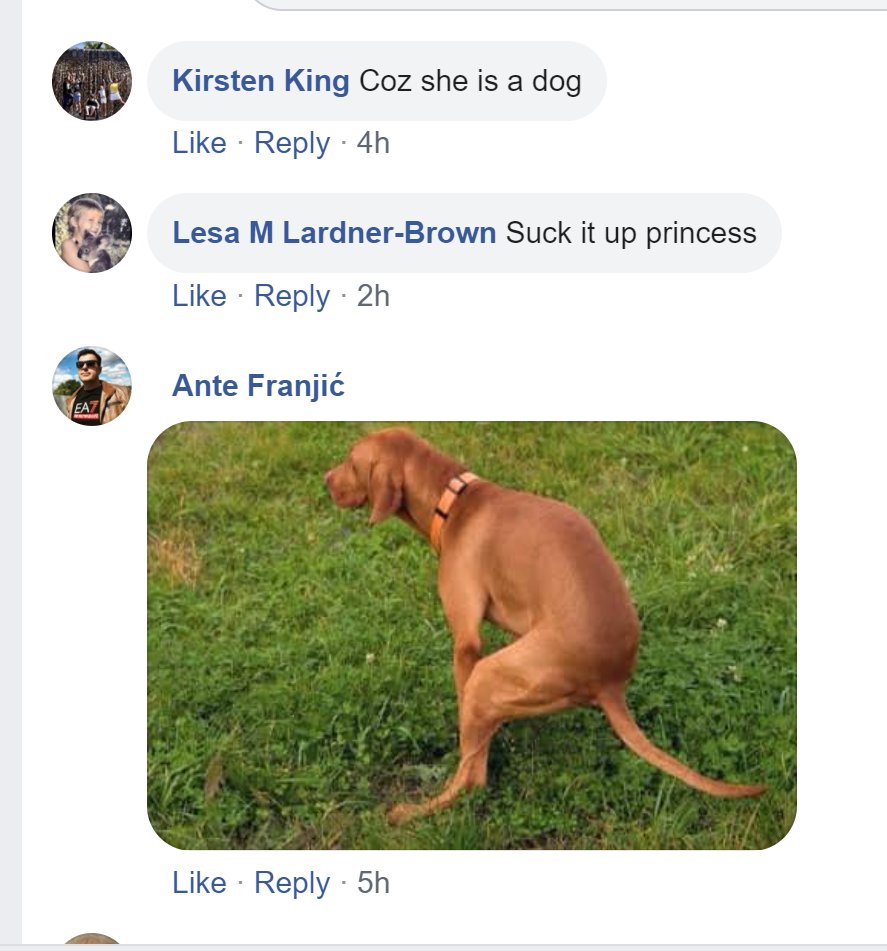 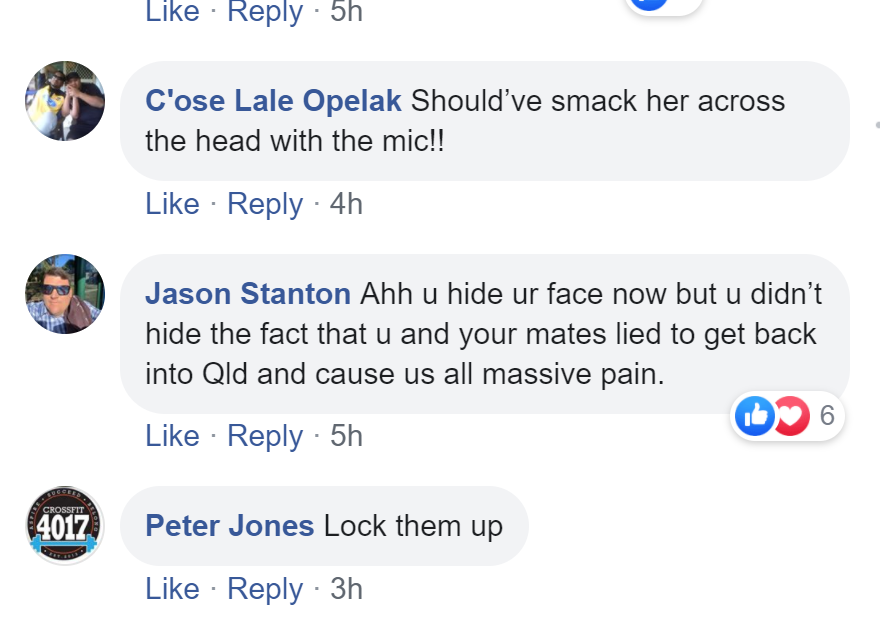 Amazingly, @newscomauHQ's article, in which they include the names and faces of the perpetrators, also includes an article in which they obscure the identity of an anti-mask protester who boasted about breaching lockdown rules. 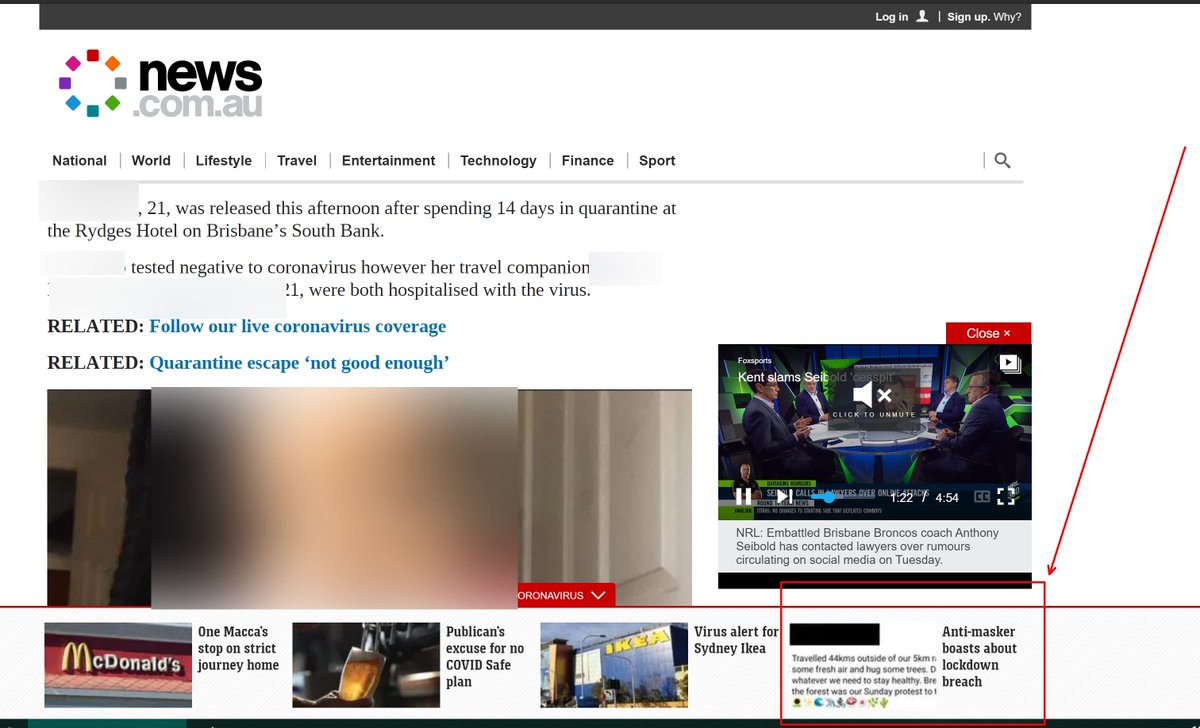 51 minutes after posting, there are already 481 comments on @newscomauHQ post. Some threaten violence, most call for deportation. There are people wishing death on them.

Any journalists concerned about social media abuse out there want to comment? Hello? *taps mic* 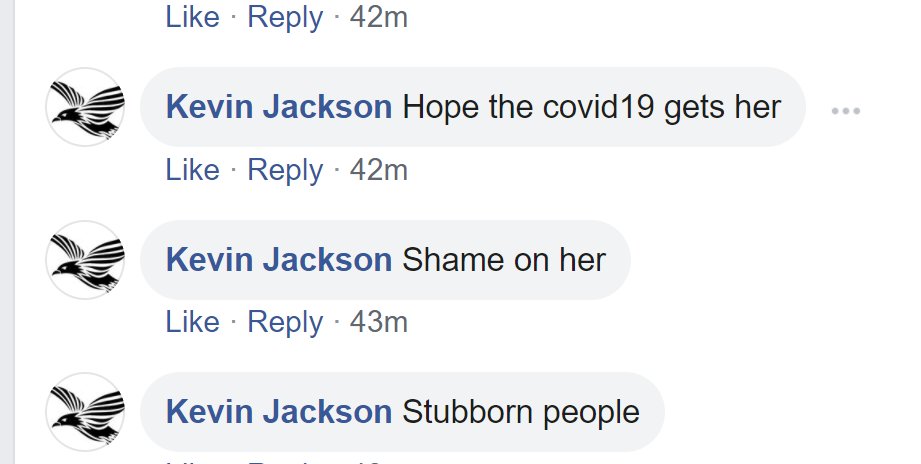 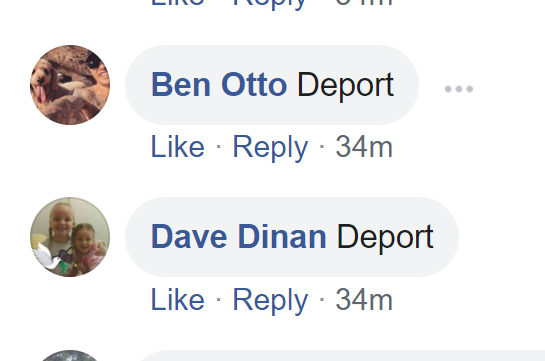 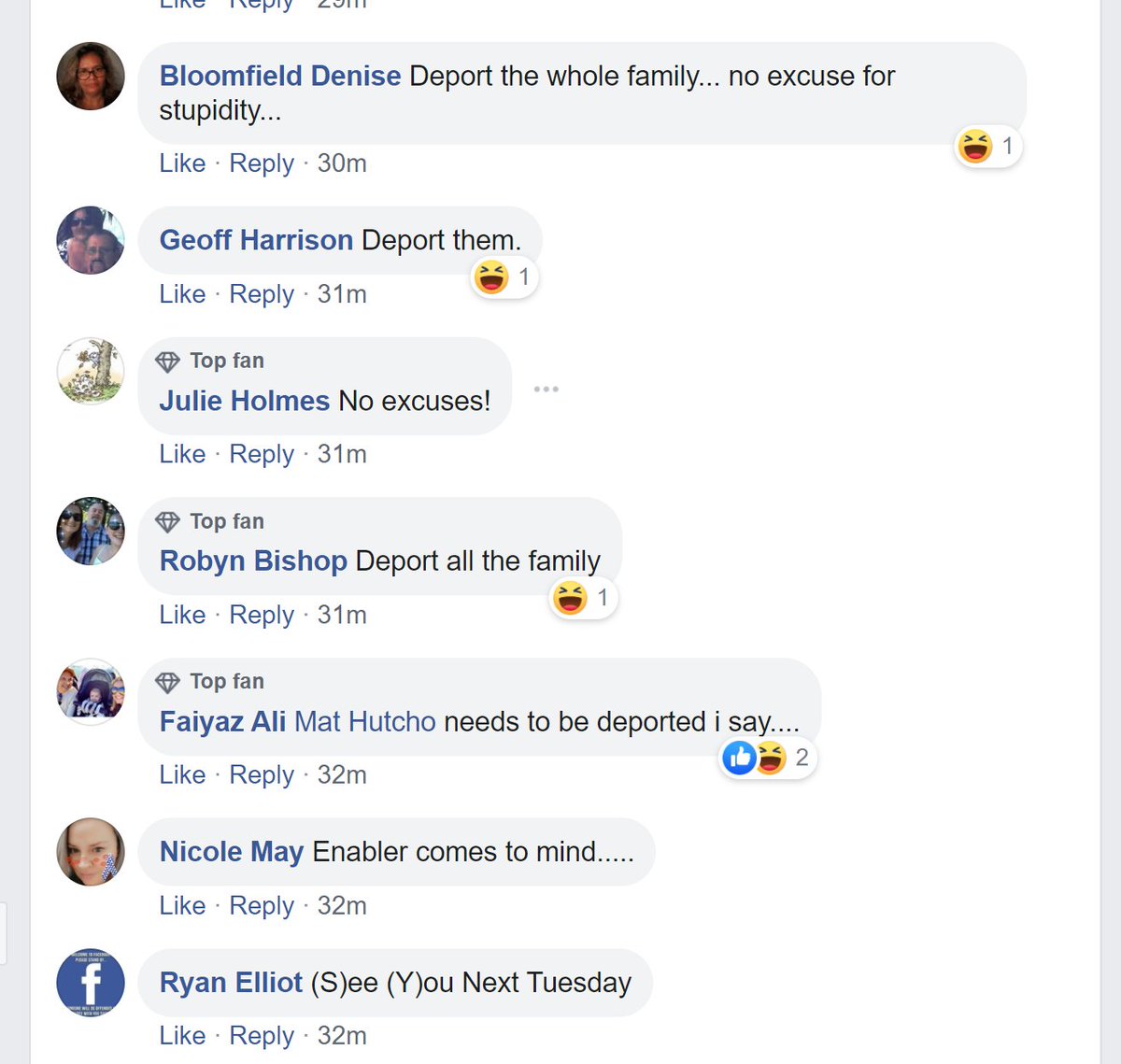 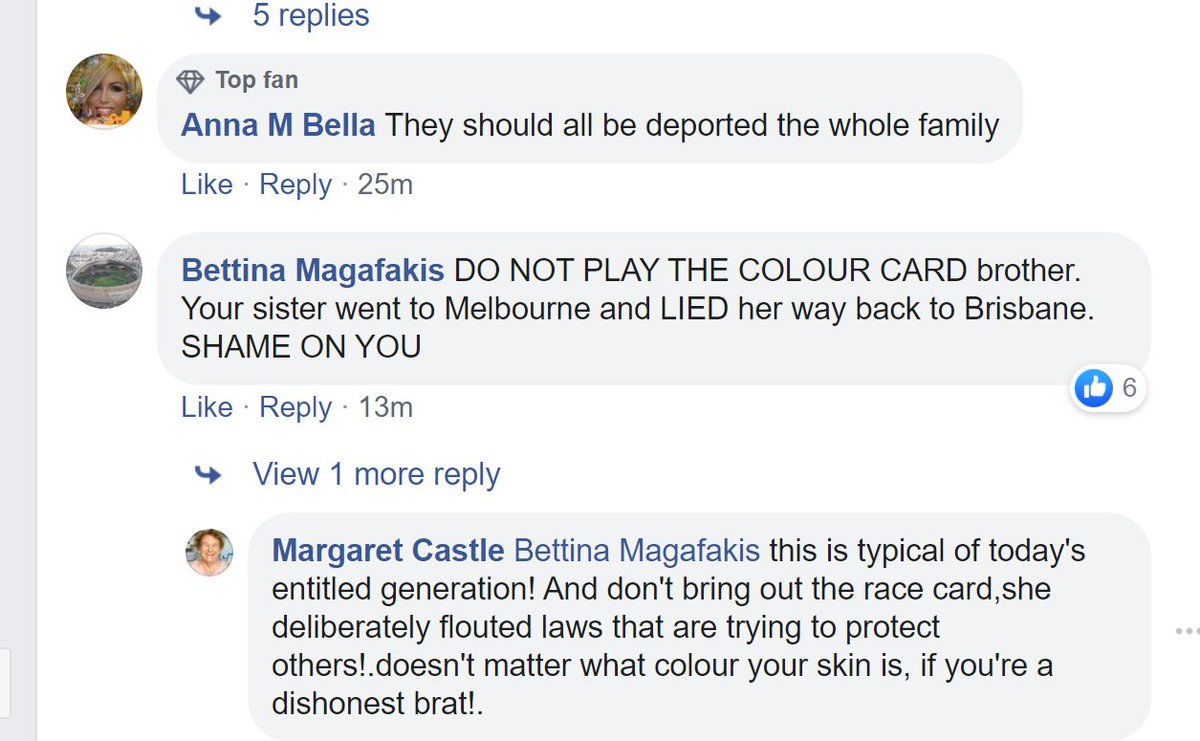 Again: there is a very specific reason that @newscomauHQ leaves these sorts of comments up on their page.

If they deleted them, they'd lose readership and revenue. They operate on industrial-strength xenophobia. It is part of their business. 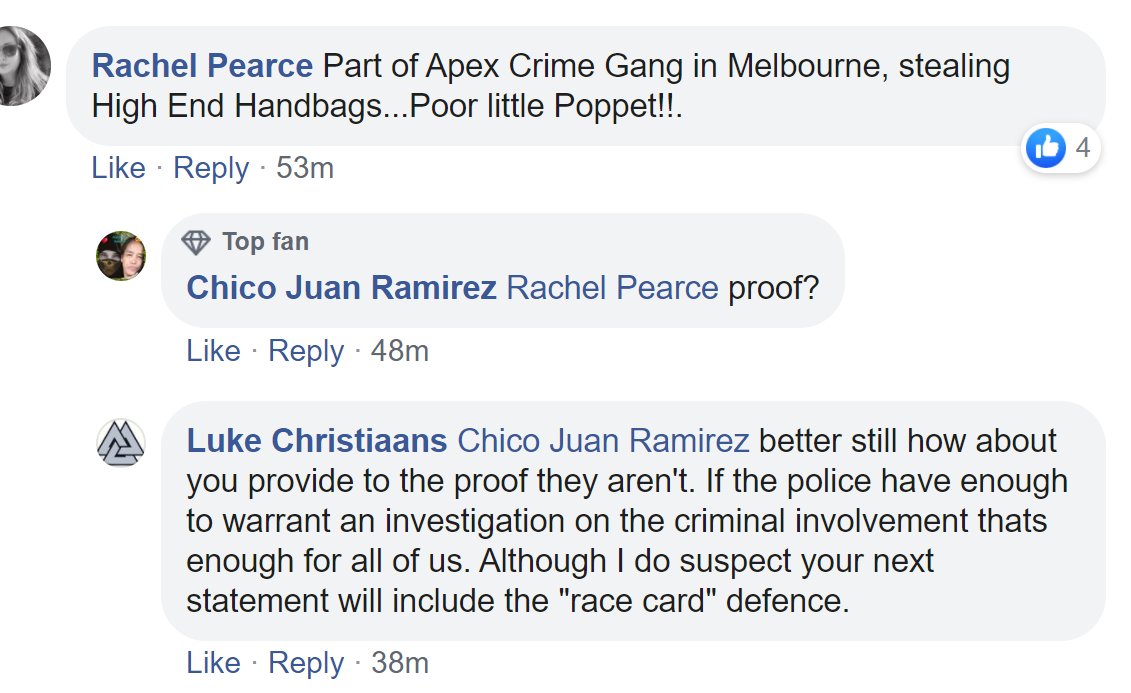