Read on Twitter
My opponent's first whackadoodle attack on me got a warning label from Twitter. Oh well, nice try.

Want to know what the next attack ad will be? You can. Just look at his "Red Box."

Let me explain how this works. 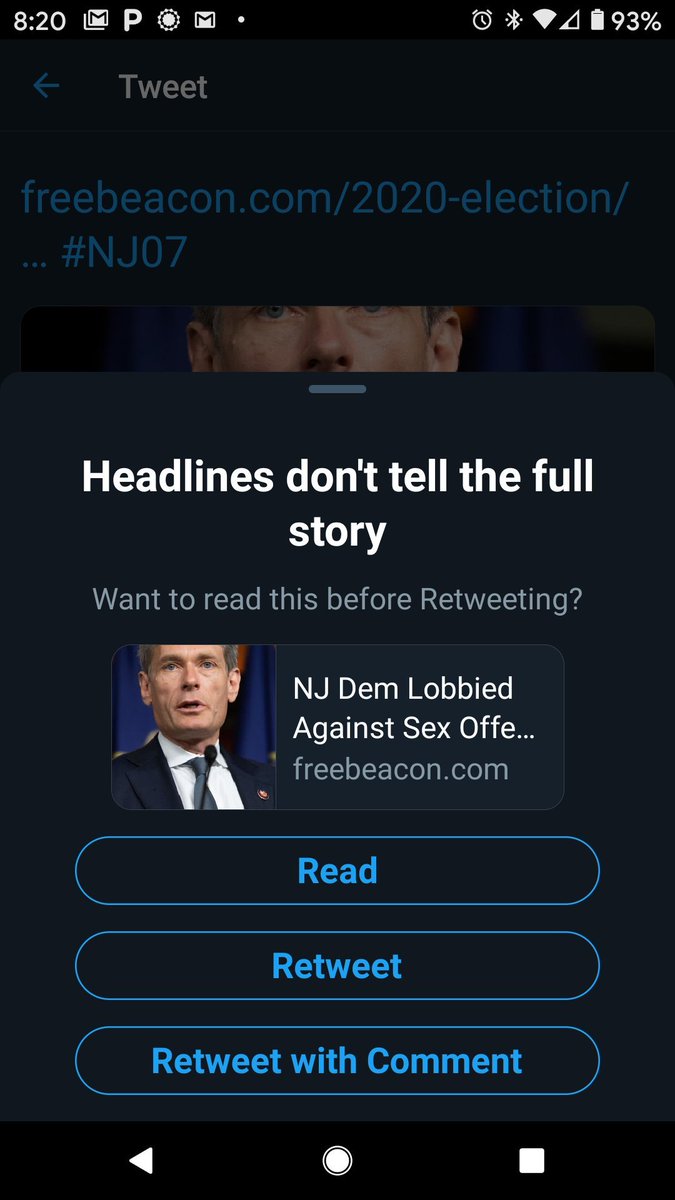 Political candidates aren't allowed to coordinate with the PACs and dark money groups that run ads on their behalf. So they post their opposition research and suggested "hits" on a website called a "red box," which the PACs can read and use to shape their message.
In 2018, #CD07 voters were told I was a "lobbyist for terrorist rights," because in my Human Rights Watch days, I'd worked with Senator McCain on legislation to ban torture and indefinite detention without trial.
Here's my opponent's "red box" on me this year: https://www.democratfacts.org/candidates/tom-malinowski/

https://www.democratfacts.org/candidates/tom-malinowski/
You may also be told that I want to give myself taxpayer money because I support H.R. 1, which allows a public match of small dollar donations to campaigns, so politicians aren't as dependent on wealthy donors. Scary!
BTW, right wing online publications like the Daily Caller and Washington Free Beacon also take GOP opposition research directly from this website, and recycle it as "news." GOP candidates then cite what look like legitimate news stories as the "source" for their attack ads.
Most voters I talk to are tired of this crap. It insults their intelligence. It ignores their actual concerns - like how we're going to fix health care, beat COVID, stop gun violence, protect the environment, and end, instead of adding to, the divisiveness in our country.
Today's GOP candidates have no ideas or plans of their own on these issues, so I guess all they have left is to distract us with gutter politics. It won't work, but it's still sad to watch.
You can follow @Malinowski.
Tip: mention @twtextapp on a Twitter thread with the keyword “unroll” to get a link to it.