Read on Twitter
The political right doesn’t offer a better life for ordinary people, especially not for those marginalized. Nor the fiscal responsibility they claim to care about. So they use a domestic version of techniques employed in malign influence operations.

A thread. #cdnpoli #cdnmedia
The most successful propaganda & disinformation campaigns are not the ones that invent out of whole cloth. Rather, to achieve lasting goals, the more skillful of these operations, will exploit legitimate issues & preexisting beliefs.

#cdnpoli #cdnmedia
Skillful propaganda campaigns will weaponize those elements to create a narrative desired by the perpetrators of the influence operation.

The very components of an open society that we value, are inverted & used against our better interests.

#cdnpoli #cdnmedia
Let’s take #WEScandal, for example. Many of us have legitimate issues with big charities, myself included. I think they all need to be examined more closely. But is going on a mission to destroy 1 & engaging in nonstop character assassinations of those associated, a good thing?
The hypocrisy of #CPC in this regard is quite stunning. The Harper gov’t targeted the charitable status of charities critical of his gov’t. ( https://www.thestar.com/opinion/commentary/2014/07/15/stephen_harper_intimidates_charities_into_silence_goar.html)
Funneling convient complaints through groups like Ezra Levant’s “Ethical Oil” https://thetyee.ca/Opinion/2011/09/29/Ethical-Oil-Falsehoods/
#cdnpoli 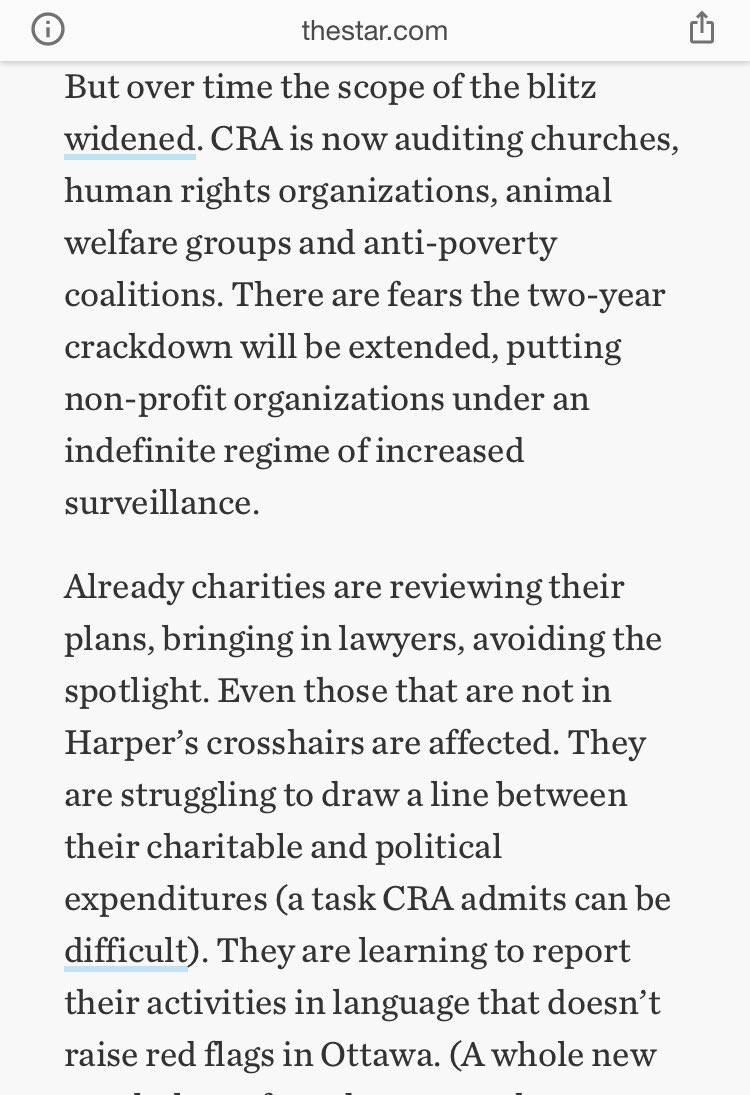 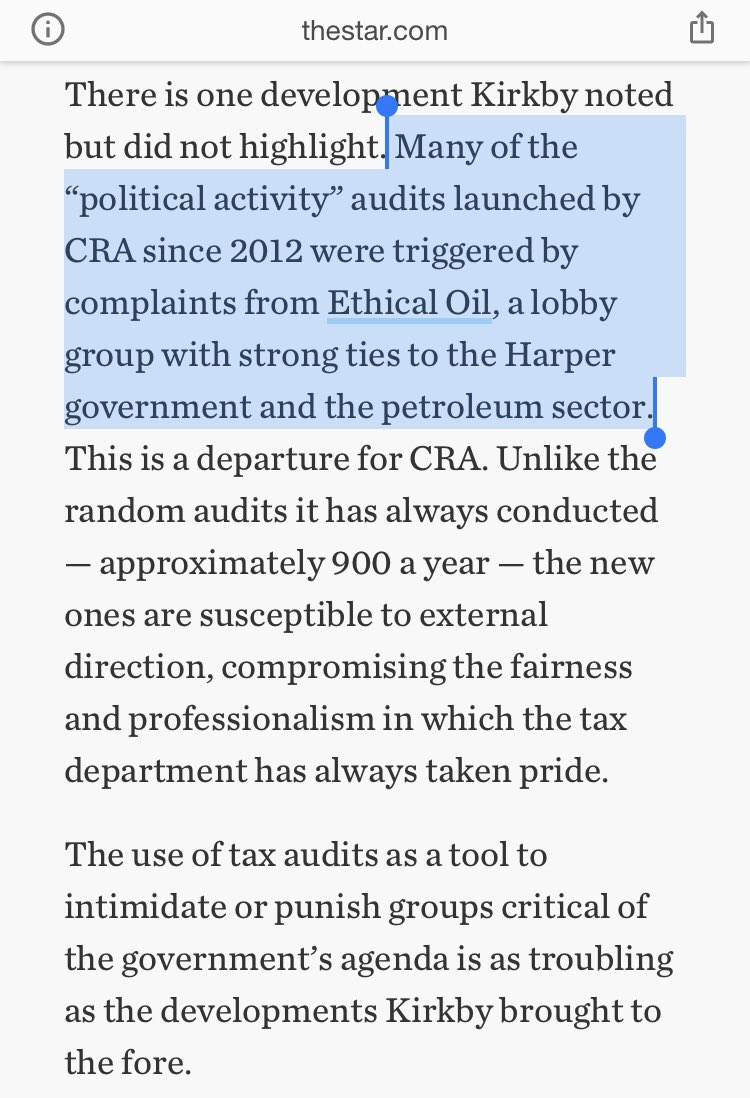 Newspapers have recently carried obituaries on the death of David Koch, the U.S billionaire. Through Koch Industries, David and his equally wealthy brother Charles controlled the second-largest

https://rabble.ca/blogs/bloggers/pulpit-and-politics/2019/09/death-david-koch-reminder-who-bankrolls-canadas-right
....for engaging in lobbying & covert political activism on behalf of wealthy private interests, all while claiming otherwise ( https://pressprogress.ca/right-wing-charities-report-zero-political-activity-again/)

It’s therefore pretty rich for the #CPC to be projecting their own behaviour onto others wrt to #WeCharity. #cdnpoli #cdnmedia
Right-wing charities report zero political activity…again

For at least the fifth year in a row, right-wing organizations report no political activity while uncertainty remains for many progressive charities

https://pressprogress.ca/right-wing-charities-report-zero-political-activity-again/
So singling out #WE, is really about something else. The attacks on #WECharity are a means to an end. As is the besmirching of members of the Trudeau family. All cannon fodder in a hypocritical weaponized political takedown.

It’s not issues with WE that #CPC cares about.
It’s the propaganda fodder they want.
What do #Benghazi #SNCscandal
#Burisma & #WEscandal all have in common? They’re all examples of manufactured scandals that inflated legitimate issues, weaponized them & used them to disseminate propaganda & disinformation.

The #GOP playbook
You can follow @HeatherMoAndCo.
Tip: mention @twtextapp on a Twitter thread with the keyword “unroll” to get a link to it.