Read on Twitter
~Not many people know that Raksha Bandhan is actually a Mughal festival that originated in the heart of Delhi~ Rana Safvi.
This is the kind of gobbledygook we hope #NEP2020 will spare our children from !! 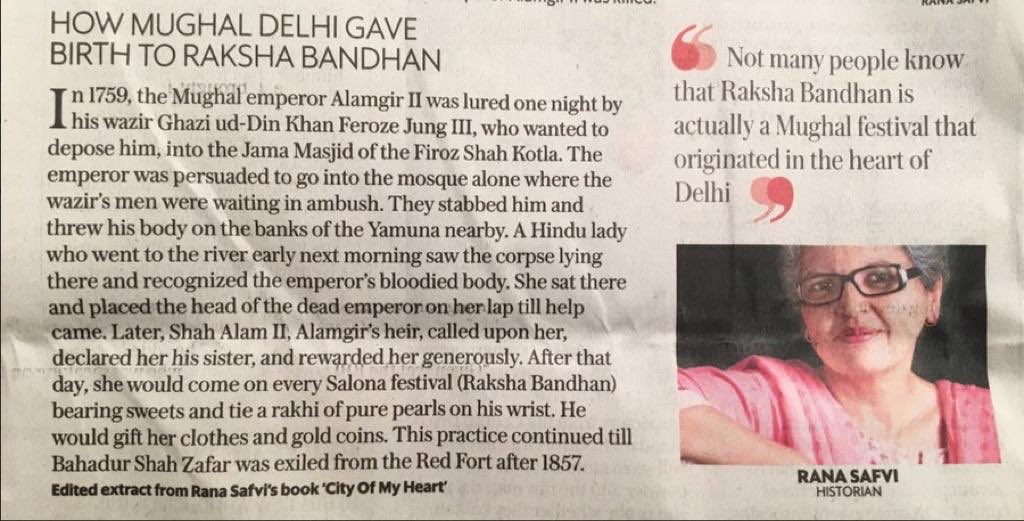 ~Sultanat-e-Shah Alam, Az Dilli ta Palam~
The empire of Shah Alam is from Delhi to Palam

See ?
The Great Mughals
#RanaSafvi
You can follow @NAN_DINI_.
Tip: mention @twtextapp on a Twitter thread with the keyword “unroll” to get a link to it.