Read on Twitter
Back in 2016, @thomasfrank_'s "Listen, Liberal!" forcefully explained that "liberals" are not leftists, and that while we on the left might sometimes ally with liberals, we are not on the same side. 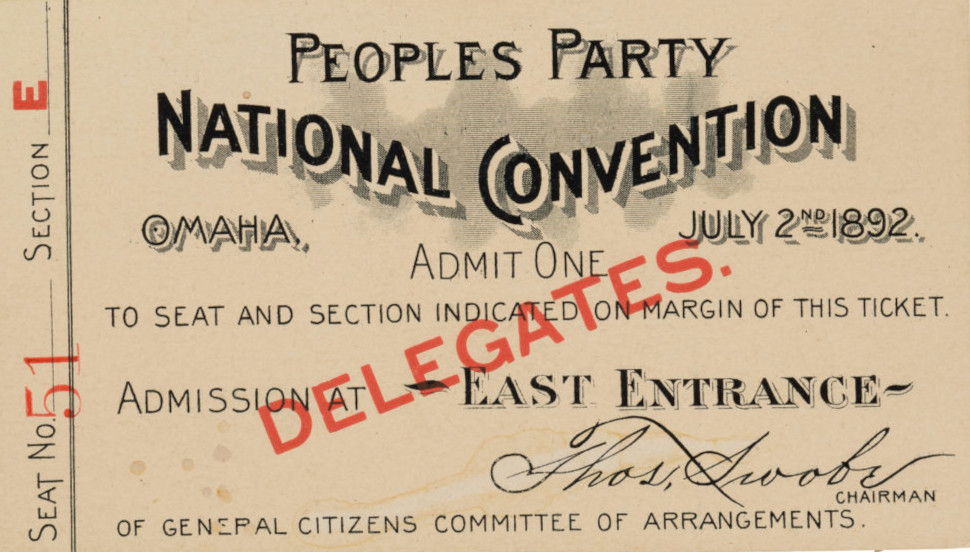 This is something that most of the world outside of the USA knows, but the USA has largely forgotten. I'll never forget my first day of university in the US, when a classmate told me I had "liberal" views; having grown up in Canada's NDP, I knew the difference!

3/
If you're impressed by the Lincoln Project - a collection of war criminals and grifters from the Reagan and GWB administration and former Romney campaign backers - you're probably a liberal.

4/
If you think that those guys should be dragged in front of an American Nuremberg Trial for their role in dirty wars and Forever Wars; mass incarceration, mass deportation and mass surveillance; financial fraud, torture and worse, you're probably a leftist.

5/
The Lincoln Project doesn't object to Trump's most substantive policies - they just want them executed in ways that don't say the quiet part out loud - they don't care if the rich shit on the rest of us, they just abhor gold-plated toilets as unforgivably gauche.

6/
Writing in @lemondefr (and, tellingly, not in a US publication), Frank describes the role that America's dysfunctional, profiteering, world-trailing health care system played in the pandemic (recall that the @DNC just voted AGAINST #Medicare4All).

7/
Liberals didn't turn pandemic into a culture war with mask-refusal and astroturf "reopen" protests, but they legitimized it when they overweighted the role that the recklessness of GOP science-refusal played in the pandemic's spread --

8/
-- and underweighted the role the broken health-care system played. My hometown of LA is not a hotbed of plague because of mask-refusal; the major spread events are in unsafe businesses where precarious workers can't afford health care and can't risk narcing on their boss.

9/
Meanwhile, anti-science mask-refusers AND pro-universal-health-care activists (who are following the undeniable scientific conclusion that universal care is cheaper and better) are both lumped together as "populists" and dismissed by liberal and conservative establishments.

10/
As Frank describes, the origins of American populism are in a decidedly pro-science movement: "Populists produced homages to technology and scholarship and education that were so earnest and ornate that they are embarrassing to read today."

11/
These pops fought the establishment, who leaned on pseudoscience to declare the status quo as ordained by the inevitable forces of "scientific economics," which decreed that only the "best" people could hope for a decent life.

12/
By the 1930s, health care was a flashpoint for populism. Frank tells the story of the medical co-op of Elk City, OK, "in which farm families would pay a modest sum each year for guaranteed access to doctors, dentists and a modern regional hospital."

13/
Elk Point was fought tooth-and-nail by the @AmerMedicalAssn, which declared war on the co-op's doctor, the socialist Lebanese immigrant Michael Shadid, who called himself a "Doctor for the People" and believed that health care part of America's bulwark against dictatorship.

14/
The AMA tried to revoke Shadid's license, excluded him from AMA membership (and thus malpractice insurance) and warned other doctors that they'd be blackballed if they went to work with him.

15/
As Frank says, this was not a "popular war on science" - it was "science's war on populism." That is, the ruling class, having cloaked itself in "scientific economics" declared those who upheld more durable (and urgent) scientific truths public enemies and waged war on them.

16/
The AMA - whose wealthy members were certainly part of the ruling class - boycotted orgs that researched "medical economics," threatened reprisals against doctors who tried to repeat the Elk Point experiment, and denounced any Congressional investigations of these tactics.

18/
As Frank says, the AMA's position was that government oversight was "a perversion of the social hierarchy, with the laity demanding some quack remedy and bawling that the experts must prescribe it to him."

19/
And when Truman won in 1948 on a promise of universal healthcare, the AMA called such care the "discredited system of decadent nations" and raised a special warchest from its wealthy members to pay the pioneering Campaigns, Inc to run a propaganda campaign against it.

20/
When Canada's CCF - precursor to the NDP - created the first medicare system in Saskatchewan in 62, doctors walked off the job en masse, and SK doctors raised their own warchest to fight universal access to care.

21/
They were backed by a suspicious, far-right org called "Keep Our Doctors" that appeared out of nowhere and fought medicare "by means of public demonstrations, red-baiting, and racist innuendo."

22/
Thomas holds this up as an example of a "democracy scare": "in which society’s high-status groups come to believe that their privileges have been placed in mortal danger by the actions of the vast, seething multitude."

23/
Democracy scares have popped up whenever left populism arose in America, from William Jennings Bryan to FDR. What was at stake wasn't science, it was privilege: the conversion of health-care from an industry that enriched its backers to a human right.

24/
Opponents of Saskatechewan's medical system called it "a battle for the professional men in this era of mobocracy," and warned that we were moving from a world where everyone knew their place to a world who's motto was "I'm as good as you are."

25/
Populism was leftist. As @StevenBrust explained to me, all you need to ask to cleave left from right is: "What's more important: human rights or property rights?" Anyone who says, "property rights are human rights" is not on the left (I used this in Walkaway).

26/
Or as @CoreyRobin says in The Reactionary Mind, the unifier of all rightwing schools of thought - from eugenics to dominionism to imperialism to libertarianism - is the belief that some people are innately better than others, and they should rule.

Late in life, William F. Buckley made a confession to Corey Robin. Capitalism is boring, said the founding father of the American right. Devoting your life to it, as conservatives do, is horrifying...

https://global.oup.com/academic/product/the-reactionary-mind-9780190692001?lang=en&amp;cc=ca
Democrats are not a leftists. Frank: they're "the bought-and-paid-for vehicle of affluent and highly educated professionals. It dutifully bails out the geniuses on Wall Street. It responsibly obeys the economists who tell us about the wonders of ‘free trade.’"

28/
"And when our modern Democrats propose healthcare reform, they do it from the top down, by convening experts from every affected field and asking them to redraw the system amongst themselves — and then are astonished when the public erupts in outrage."

29/
Today, private-equity backed, highly concentrated hospital chains and pharma companies have taken over the AMA's role in fighting universal healthcare, and the Dem establishment dismisses #M4A advocates as "populists" and lumps them in with Trump-addled mask-deniers.

30/
This ideology locates the world's problems in the unruliness of The People: "Democracy is a problem, they tell us, because democracy allows the common people to ignore the authority of expertise. Disobedient democracy is to blame for Trump."

32/
But The People aren't the reason that we don't have universal testing, that we haven't hired an army of contact tracers, that workers fear reprisals if they reveal their unsafe working conditions, which breed and spread pandemic.

33/
We The People aren't why we don't have universal healthcare, they're not why we aren't paying people to stay home or stemming the tide of evictions. The policies that created the pandemic disaster aren't Trumpist aberrations, they're mainstream Republicanism.

34/
They're the Republicanism of the Lincoln Project, which supported consolidation in pharma and healthcare, erosion of workers' rights and health and safety regulation.

35/
And they're the policies of the mainstream of the Democrats, too: the brutal austerity of Pelosi's Paygo and Brooker's votes against taming the pharma industry.

36/
Trump's criminal, lethal mismanagement of the pandemic would have slaughtered Americans by the tens of thousands regardless of this, of course - but hundreds of thousands more would have been spared infection, eviction and death if it wasn't for the system he presides over.

37/
He didn't make that system, and the professionalized, elite-worshipping DNC won't unmake it. As Frank says, "In our awful current situation, a dose of authentic populism would be a remarkable tonic."

eof/
ETA: It woulda helped if I'd linked to Frank's article, duh: https://mondediplo.com/2020/08/02populism-expertise
It's the healthcare system, stupid

https://mondediplo.com/2020/08/02populism-expertise
You can follow @doctorow.
Tip: mention @twtextapp on a Twitter thread with the keyword “unroll” to get a link to it.