Read on Twitter
Almost 50 years ago, a baby elephant was torn from her family in the wild, exported to the US, and sold for $4K to a family from NJ. They named her Mignon, French for "cute." In 1972 her life as an elephant ended, and her life as a source of entertainment began. A thread: 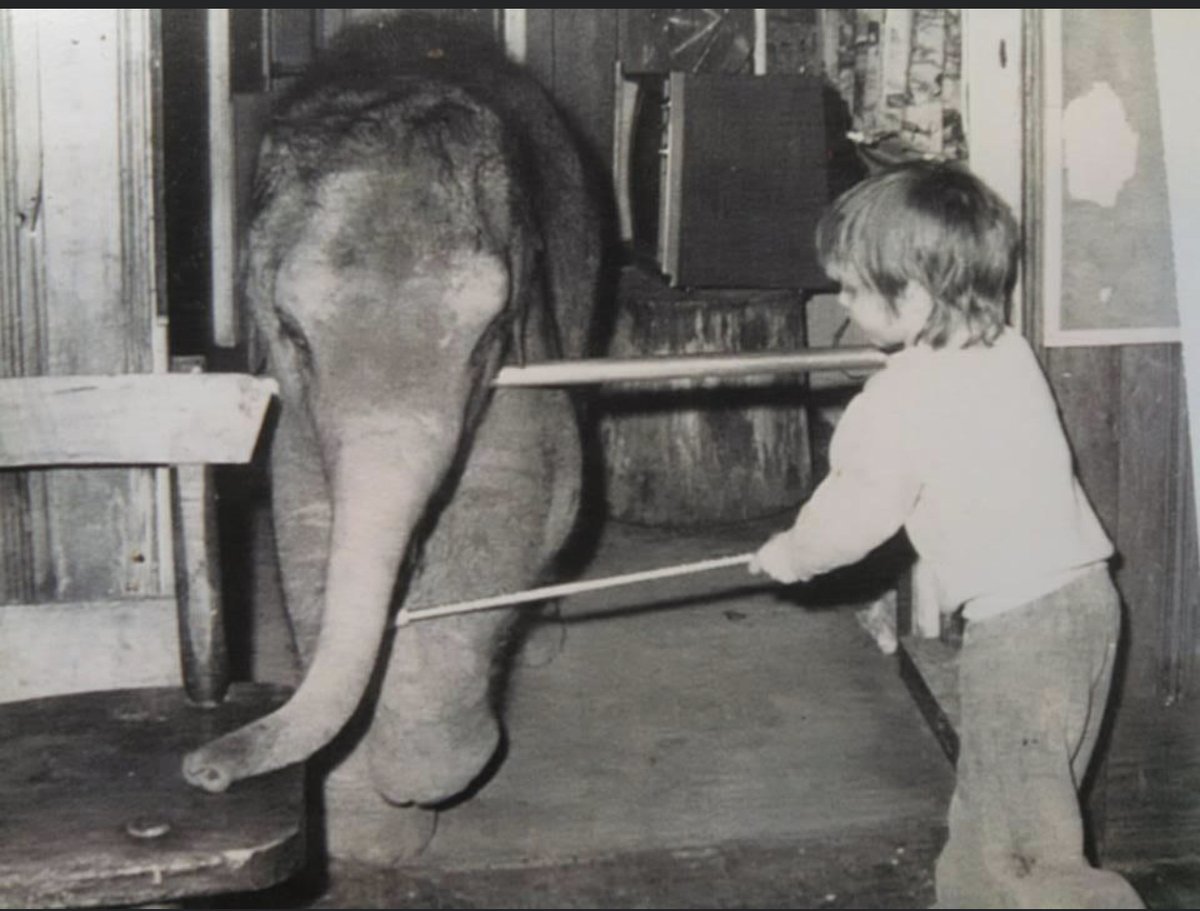 The Hammonds treated, and wanted Mignon to act, like a family pet rather than an elephant. She was walked on a leash, slept on a mattress in their home, and was house trained. She wasn’t even allowed to relieve herself in a natural way—she was taught to urinate into a bucket. 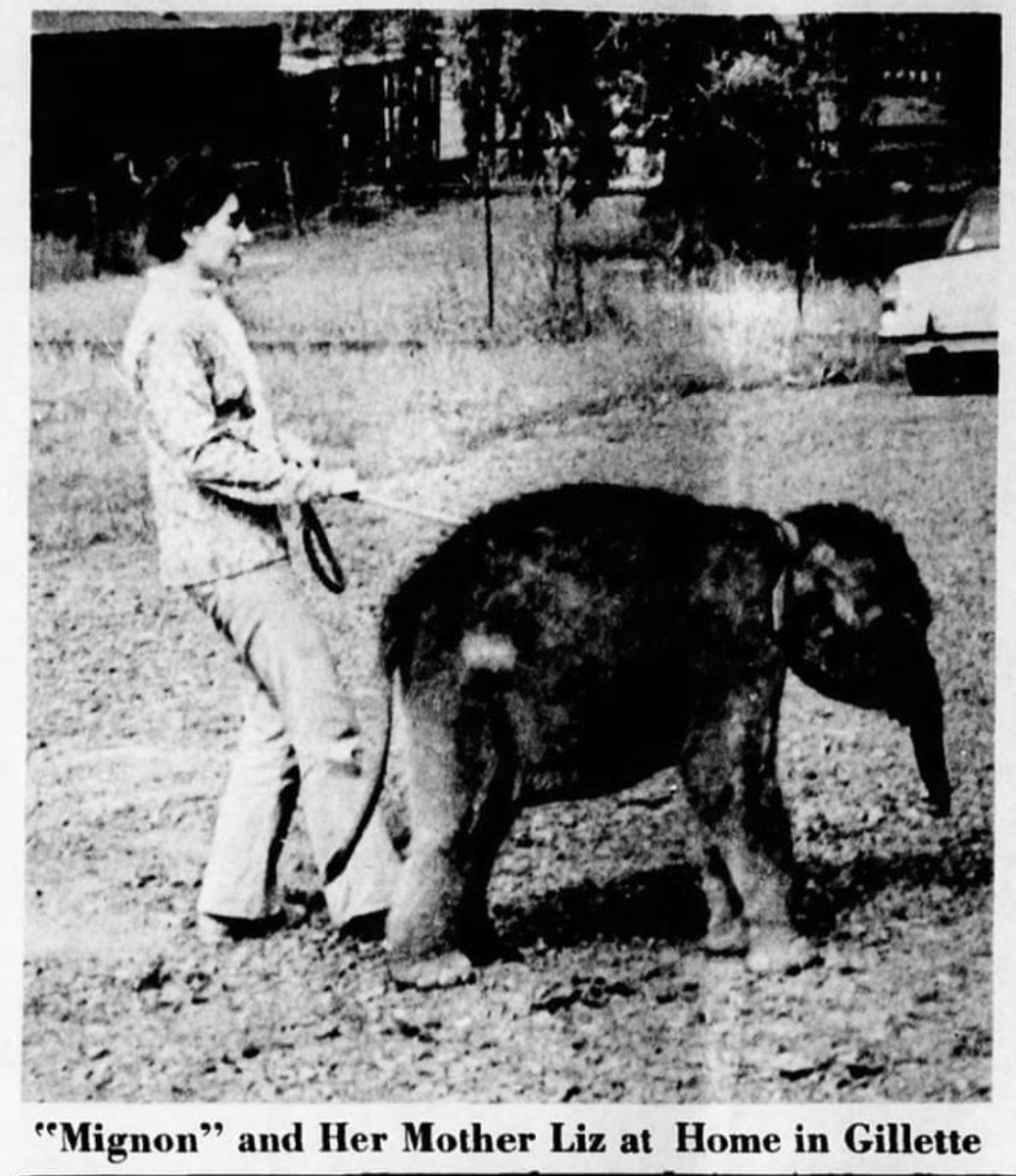 In the 70s, the Hammonds were far from alone in having sought to turn a nonhuman being into a money-making experiment. For example, many know the story of Nim Chimpsky ( https://www.nonhumanrights.org/blog/my-old-friend-nim-chimpsky). "Cute" while they're young, they become more difficult to control as they grow older. 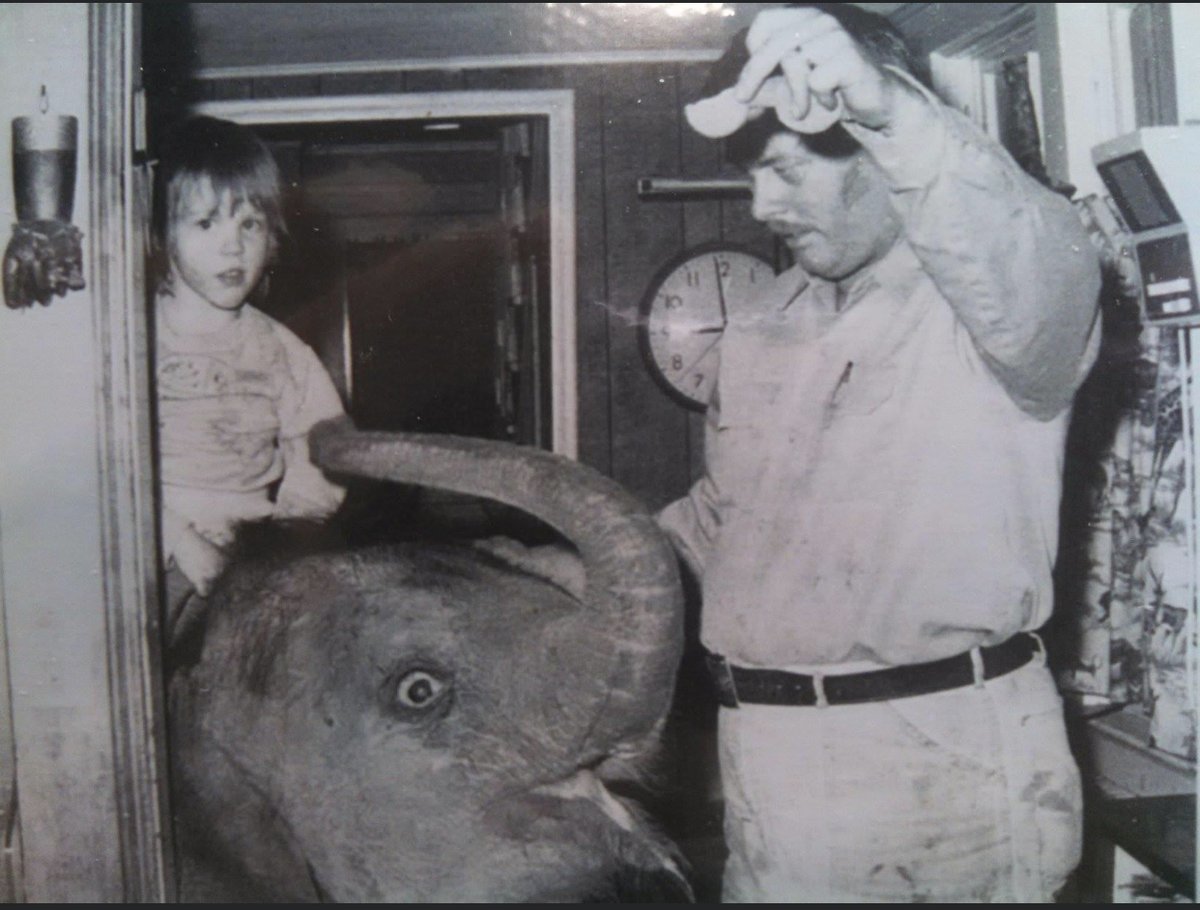 How do you get an elephant to engage in totally unnatural behaviors that cause serious harm to their bodies, like performing tricks and carrying people on her back, as would be Mignon’s fate for the next several decades? You use a bullhook to make her fear physical pain. 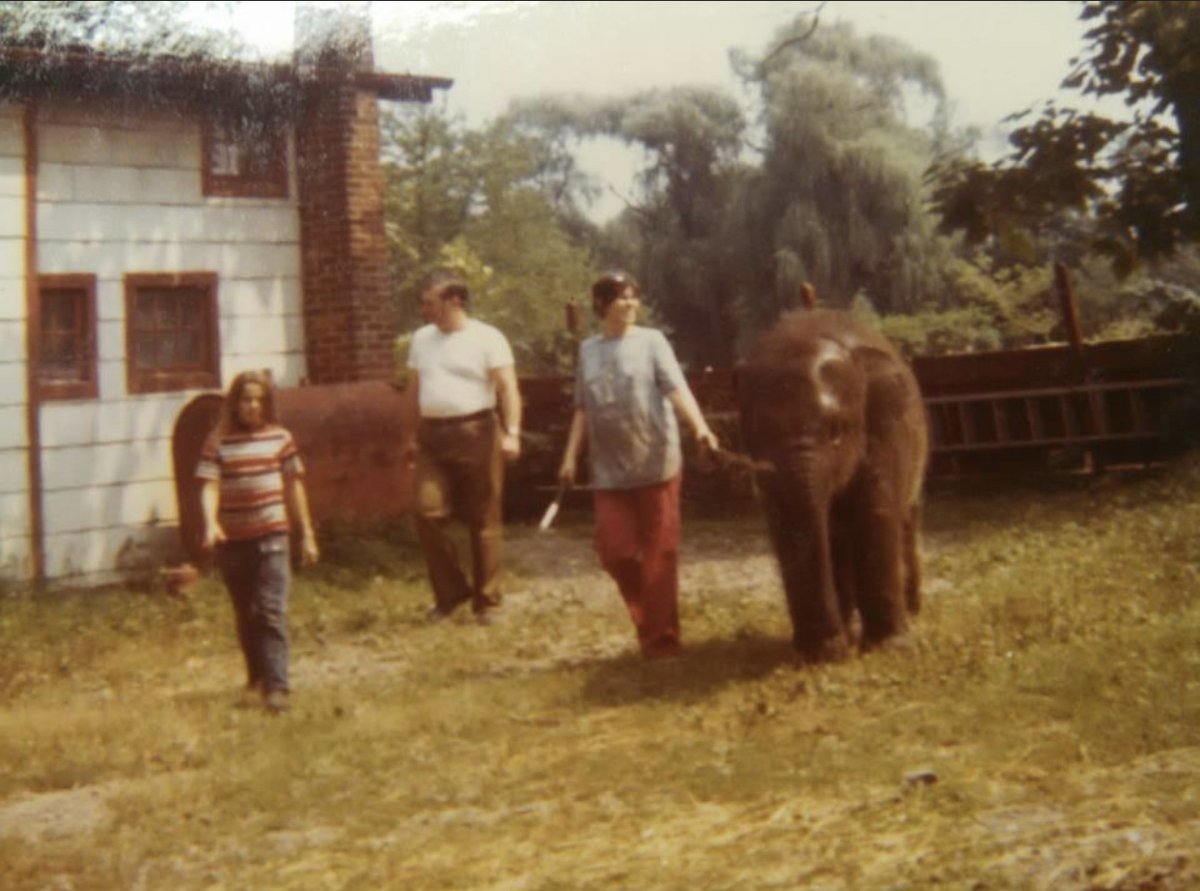 The Hammonds used her in their business, profiting from her forced labor. As the NYT reported: “To pay Mignon’s bills … Mrs. Hammond rents her for parties, sales promotions and Republican political gatherings. Averaging two bookings a week, Mignon just pays her way.” 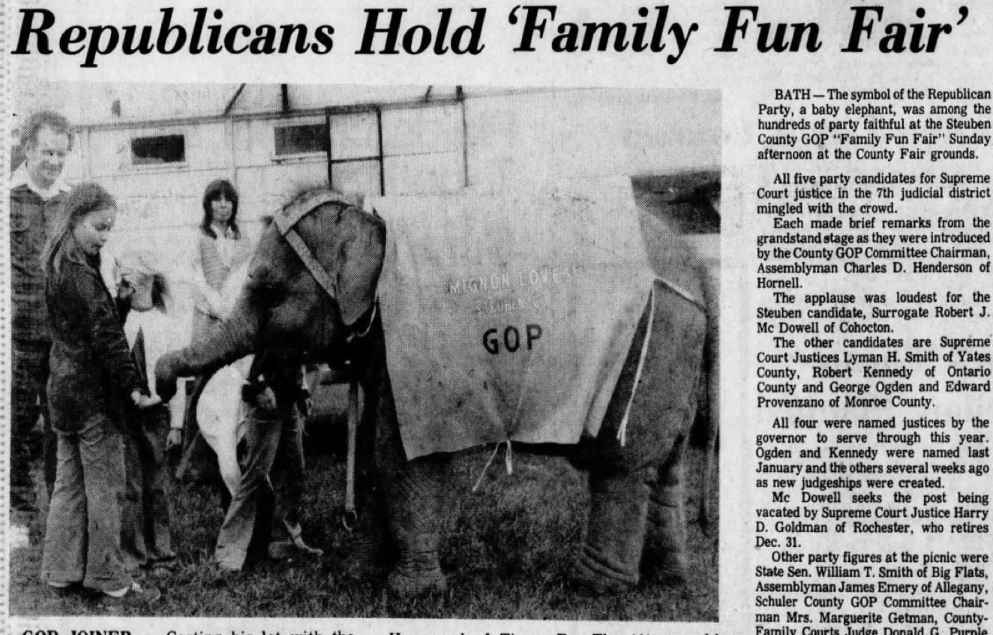 From the moment she was taken from the wild, she was denied freedom and dignity—and her life would get even worse after the Hammonds sold Mignon to a Connecticut-based traveling circus called the Commerford Zoo in 1976.
There, she was renamed Minnie. For the past 43 years, the Commerford Zoo transported her to events across the Northeast, forcing her to perform tricks and give rides for their financial gain. 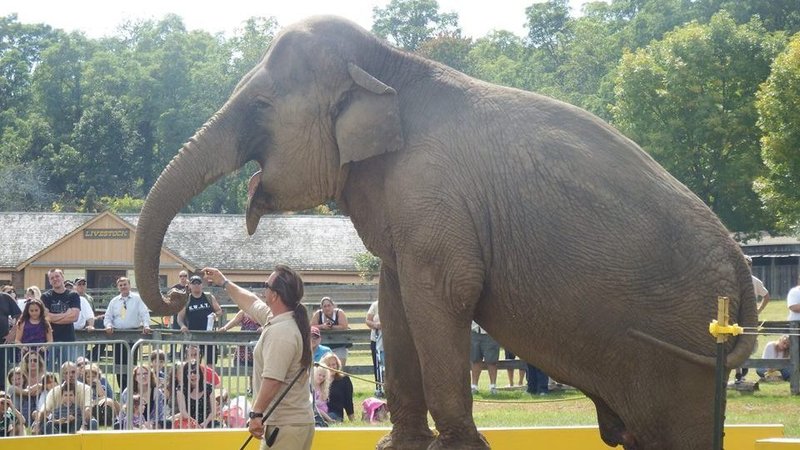 Despite the known abuses elephants used for entertainment are subjected to, business have frequently paid the Commerford Zoo to use Minnie for event appearances, photo shoots, and filming. 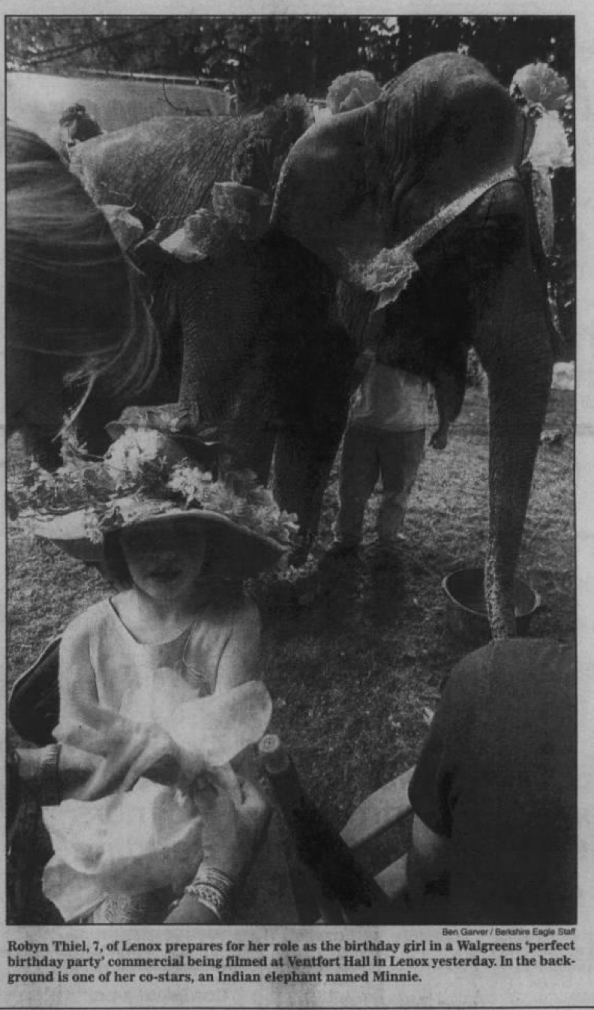 Minnie appeared in the 2018 @Disney remake of “The Little Mermaid,” where she was ironically depicted being freed from a circus—a happy ending still denied her in her actual life.
Her exploitation continues. Last year, for example, she was ridden down the street by a man and child in a parade for a local PA Republican party. https://www.inquirer.com/news/pennsylvania/springfield-delaware-county-elephant-july-4-parade-animal-rights-minnie-20190719.html
For more than 30 years, an elephant walked in a Delco parade. Then animal rights activists took...

The Springfield Republican Party chairman announced the decision to retire Minnie the elephant this week, saying “Minnie’s participation in the parade was never meant to be divisive."

https://www.inquirer.com/news/pennsylvania/springfield-delaware-county-elephant-july-4-parade-animal-rights-minnie-20190719.html
Minnie is under constant threat of the painful bullhook when forced to perform & give rides. When Minnie is not laboring, she is kept on the Commerford Zoo’s ramshackle farm where she appears to spend most of her time in a small, dark barn with limited access to the outdoors. 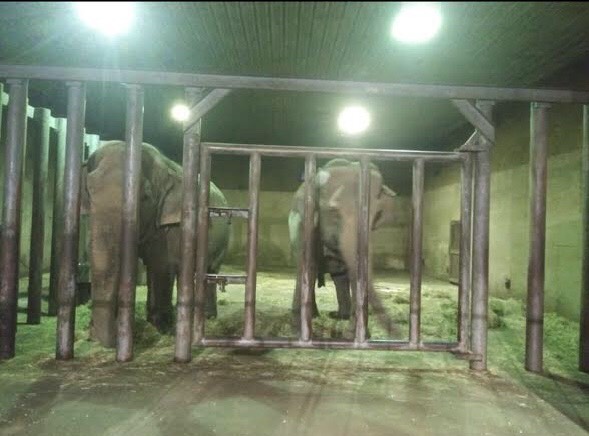 Up until last year Minnie was exploited along with two other elephants, Karen and Beulah.
Last September Beulah, a 54-year-old Asian elephant, collapsed multiple times before dying at Massachusetts’s Big E Fair after the Commerford Zoo forced her to work and earn money for them one last time. 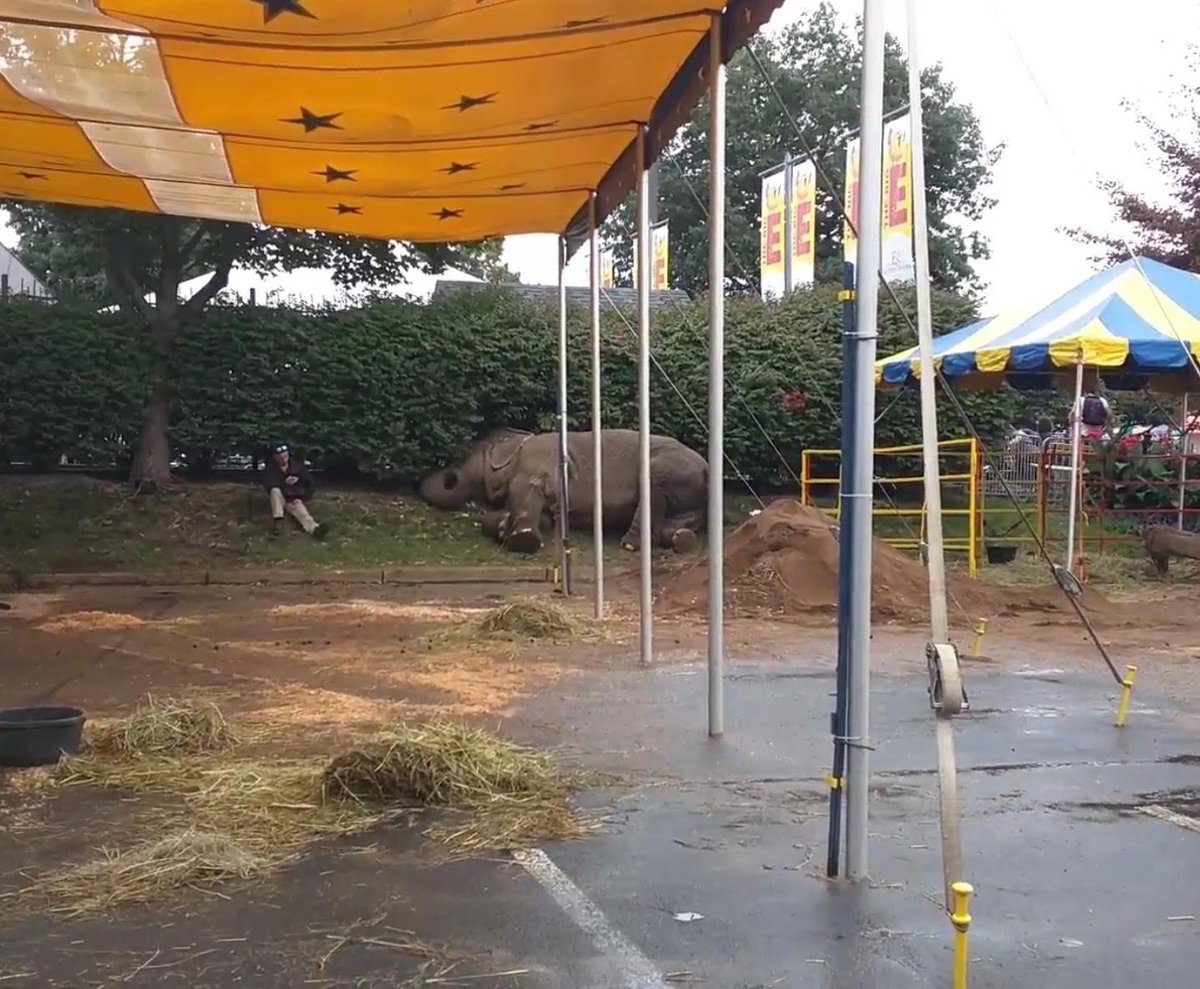 We’d later learn Karen died in March 2019 at only 38 years old. According to the USDA, Beulah died as a result of blood poisoning caused by a uterine infection the Commerford Zoo was aware she had when they transported her to the Big E. Karen died of kidney disease. 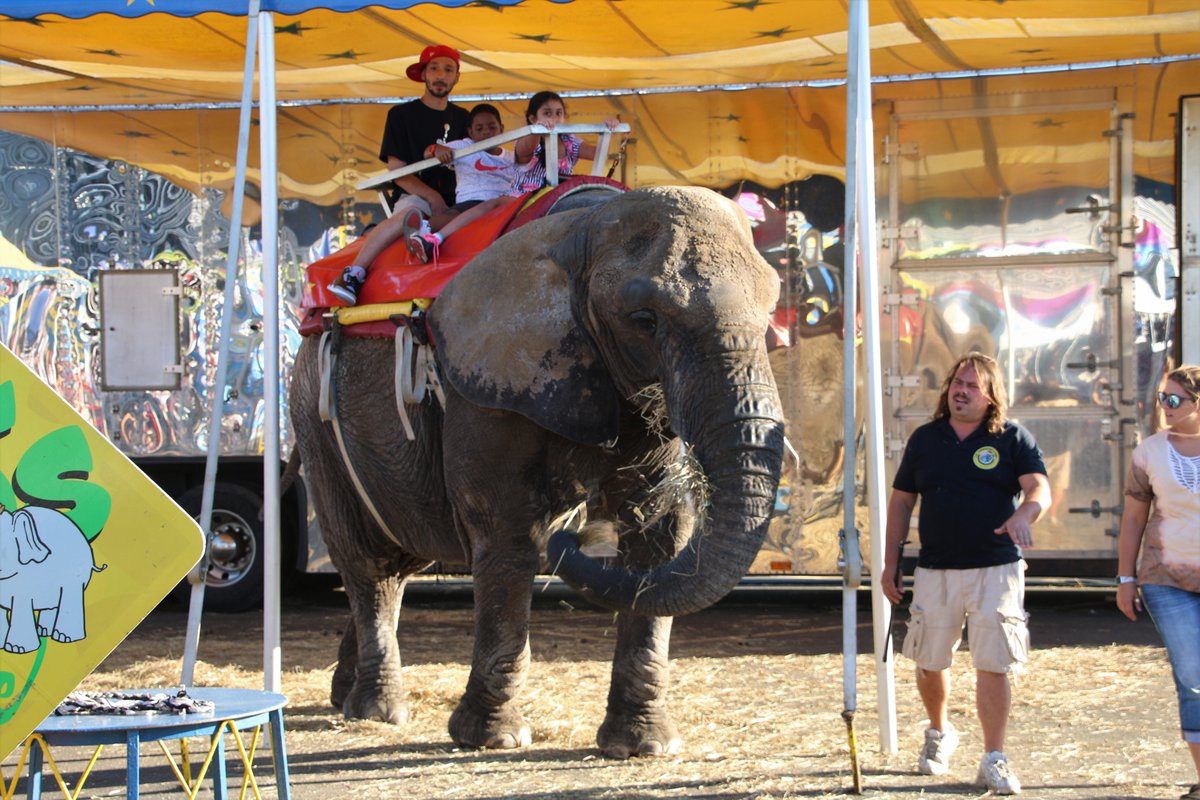 Minnie is now held alone without the necessary companionship of other elephants. 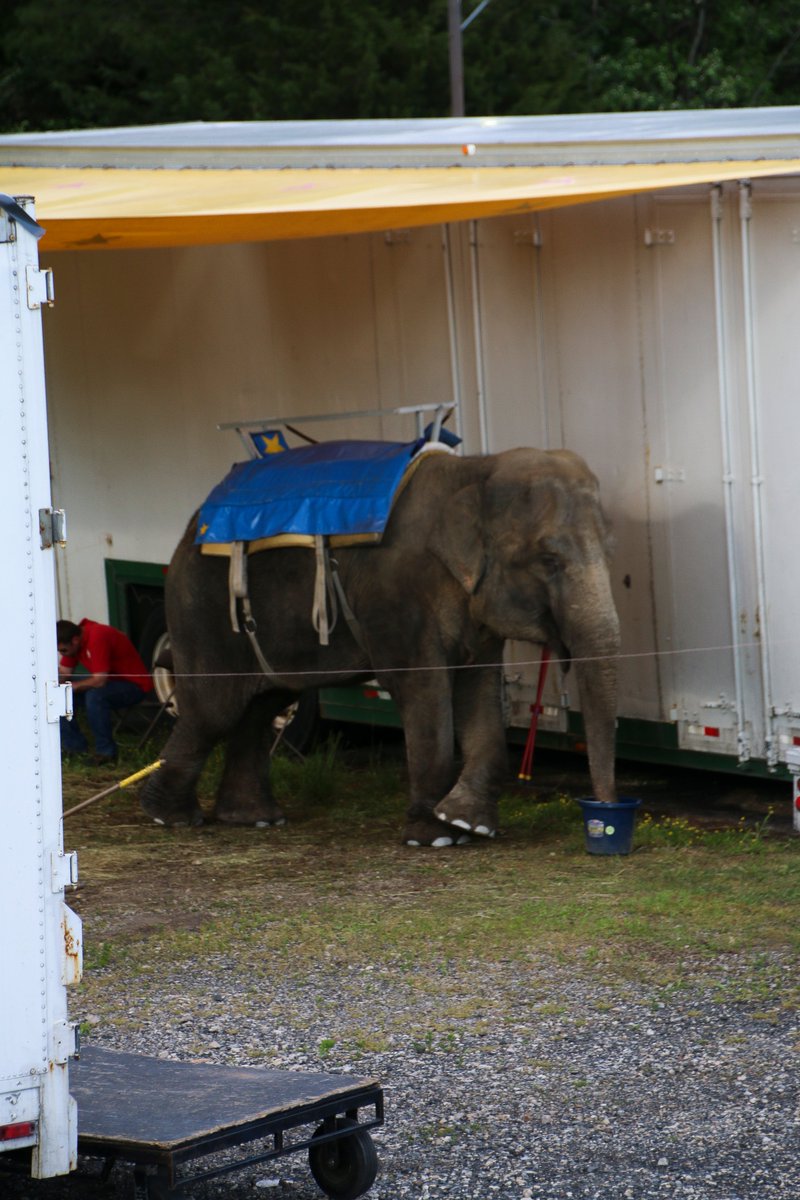 Both US elephant sanctuaries, @ElephantsTN and @PAWSARK2000, have offered to provide Minnie with lifelong care at no cost to the Commerford Zoo. The Commerford Zoo has never responded to either offer, which we have repeatedly presented to them.
Now we’ve learned that the Commerford Zoo, in addition to depriving Minnie of her freedom, is claiming in an online fundraiser they can no longer meet her most basic needs, including food and veterinary care. http://tinyurl.com/commerfordzoo
“Impoverished” Commerford Zoo Can’t Afford Care for Elephant, Fundraiser Claims | Nonhuman Rights...

http://tinyurl.com/commerfordzoo
Rather than sending her to the sanctuaries that have offered to take Minnie at no cost to them, they and the family that sold Minnie to them are seeking to raise $2.4 million, claiming Covid-19 has impoverished the farm. 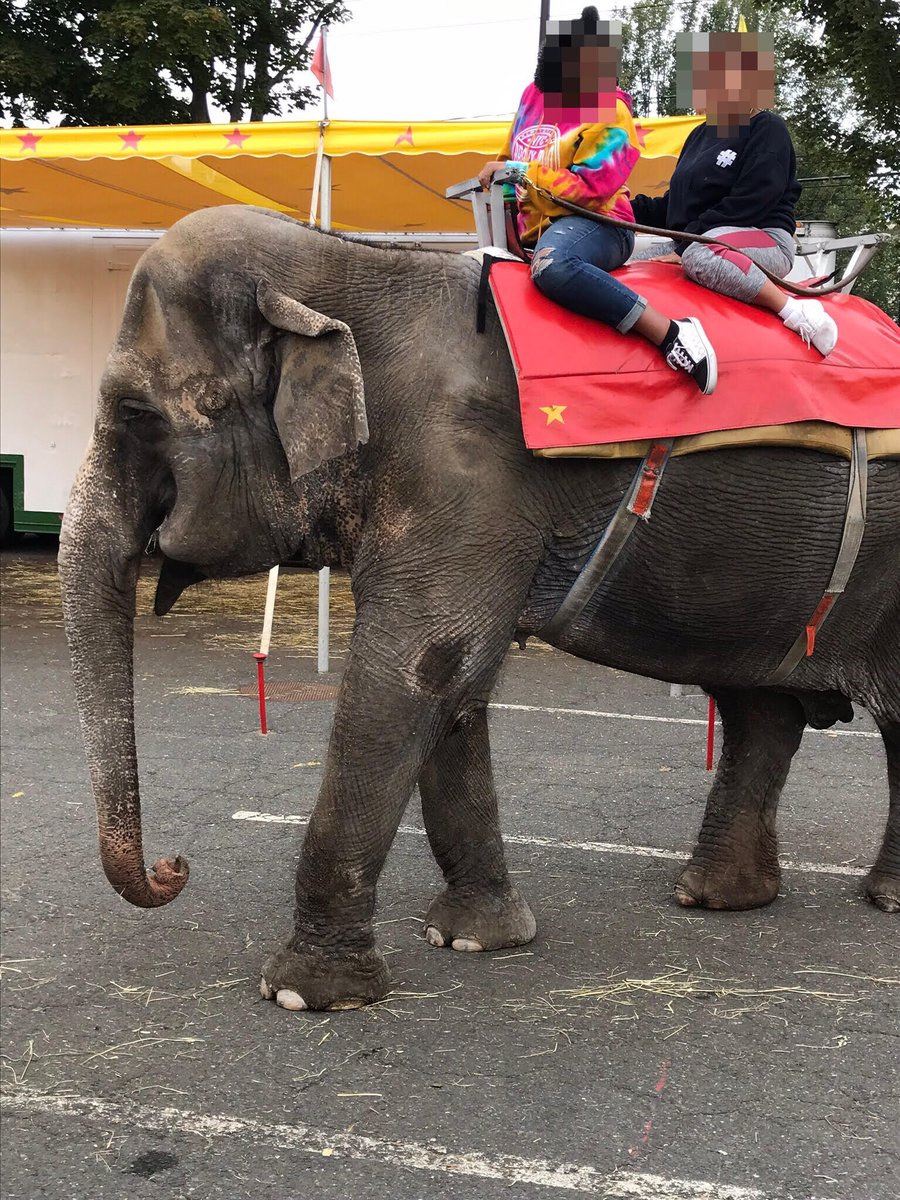 This is wrong. Minnie has suffered enough, and there is no reason she should remain at the Commerford Zoo when has a place waiting for her in a sanctuary. There is still time for Minnie to live an elephant life, a free life. 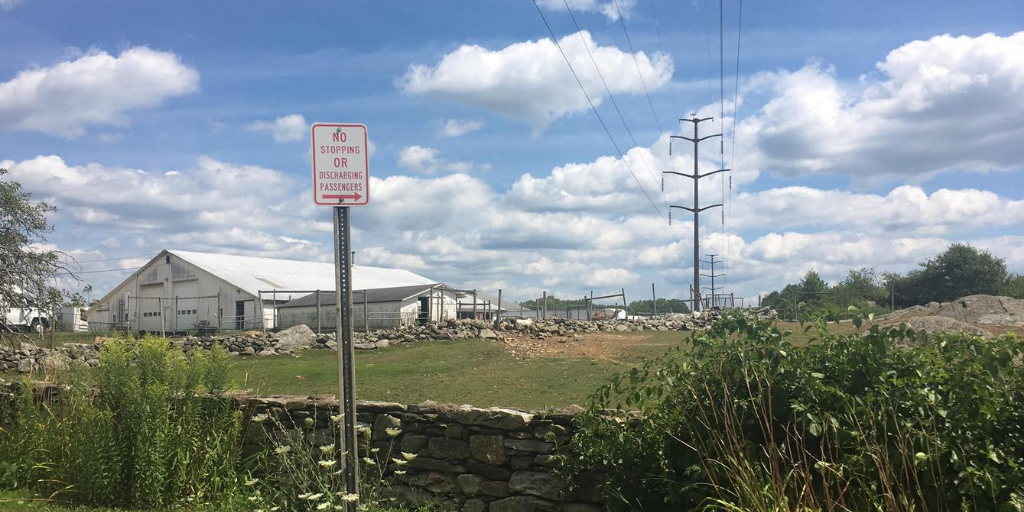 We’re concerned this could be a matter of life or death for Minnie, and the relevant agencies need to intervene. Please help us #FreeMinnie and join us in urging @USDA and @CTDEEPNews to immediately investigate.
You can follow @NonhumanRights.
Tip: mention @twtextapp on a Twitter thread with the keyword “unroll” to get a link to it.