I read the article below recently and...it's great. It's a pitch-perfect, youth-led effort to shake us into awareness 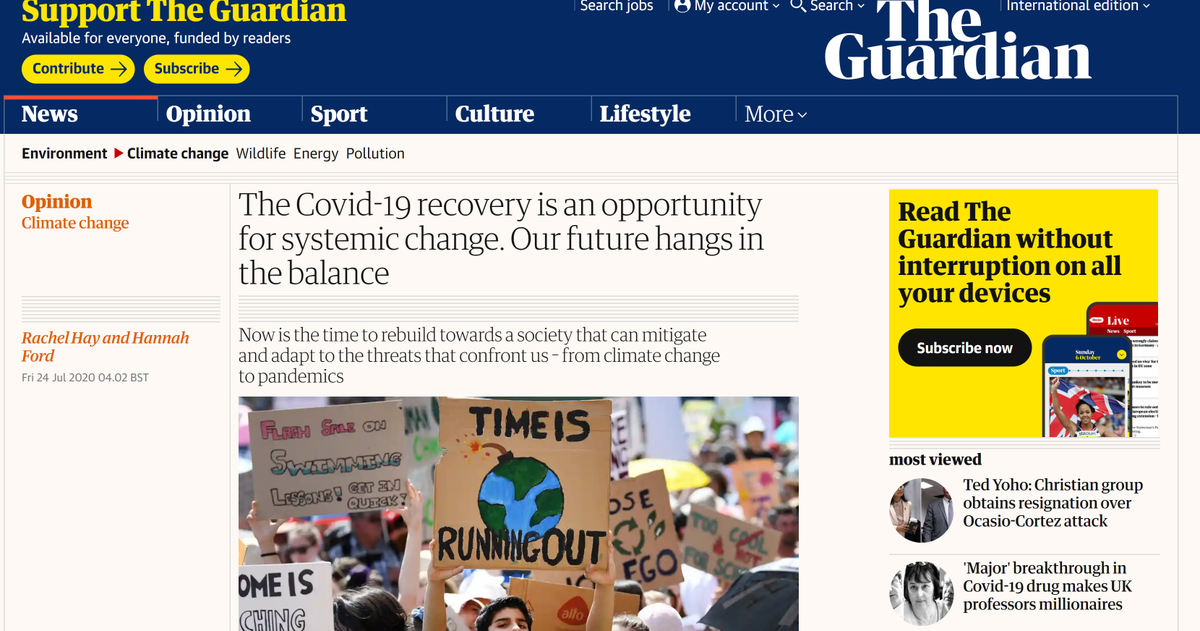 But...I clicked on this link, and went to the website of the 'commission for the human future'. And I was immediately struck by one of the 'crisis' threats - blaming "societies that foster large populations" as part of the reason for growing global crisis 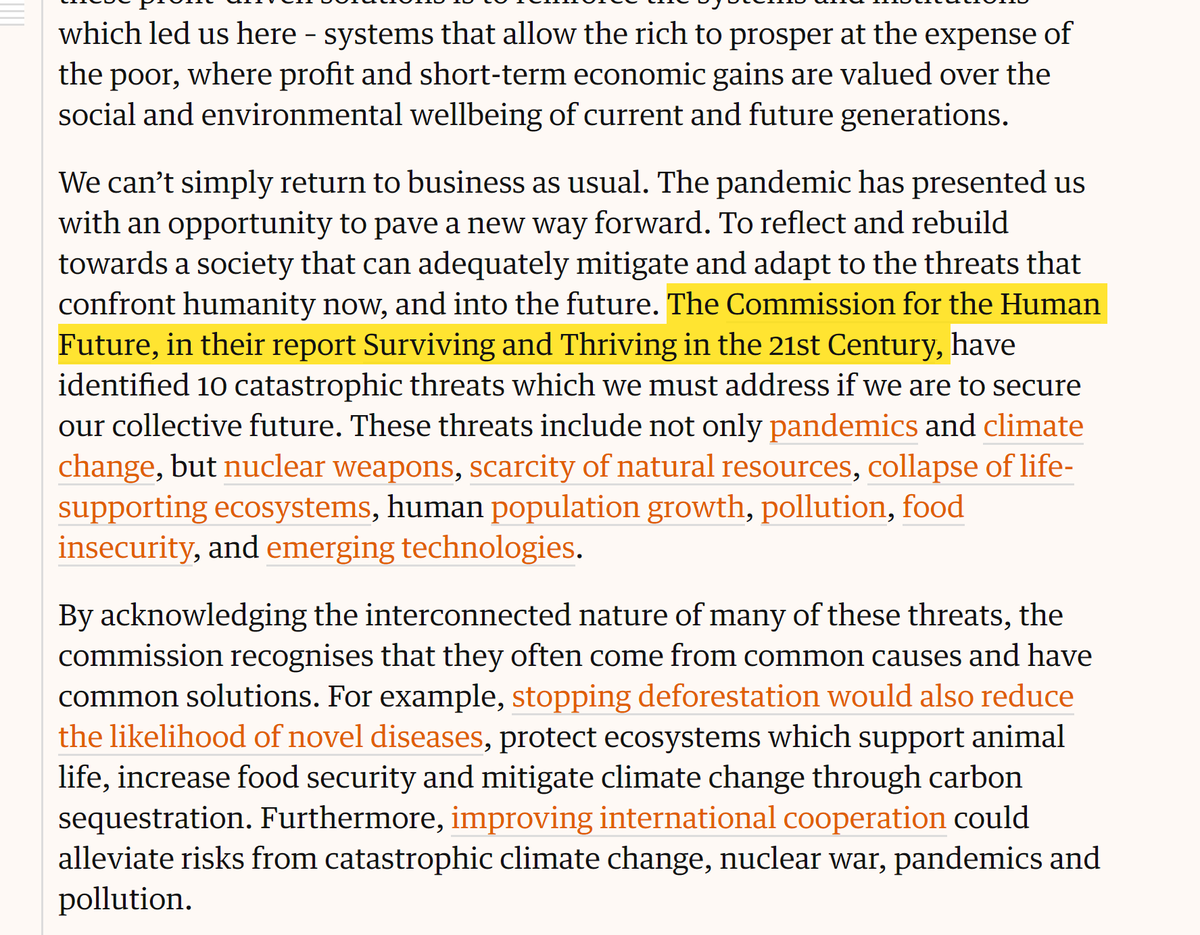 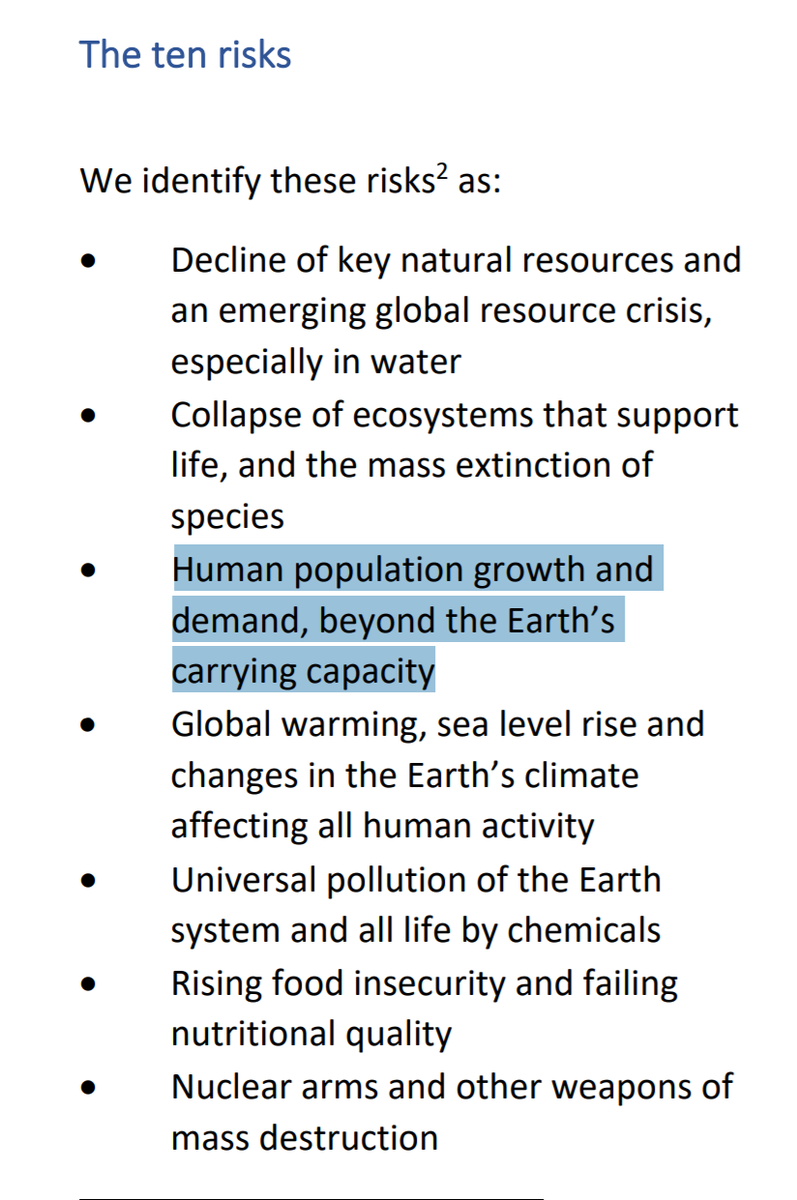 They go into more detail in the report - saying 'governments' are promoting growth in birth rates. Sure, recently, Frydenberg basically did say 'it'd be nice', but ruled out any actual incentive: 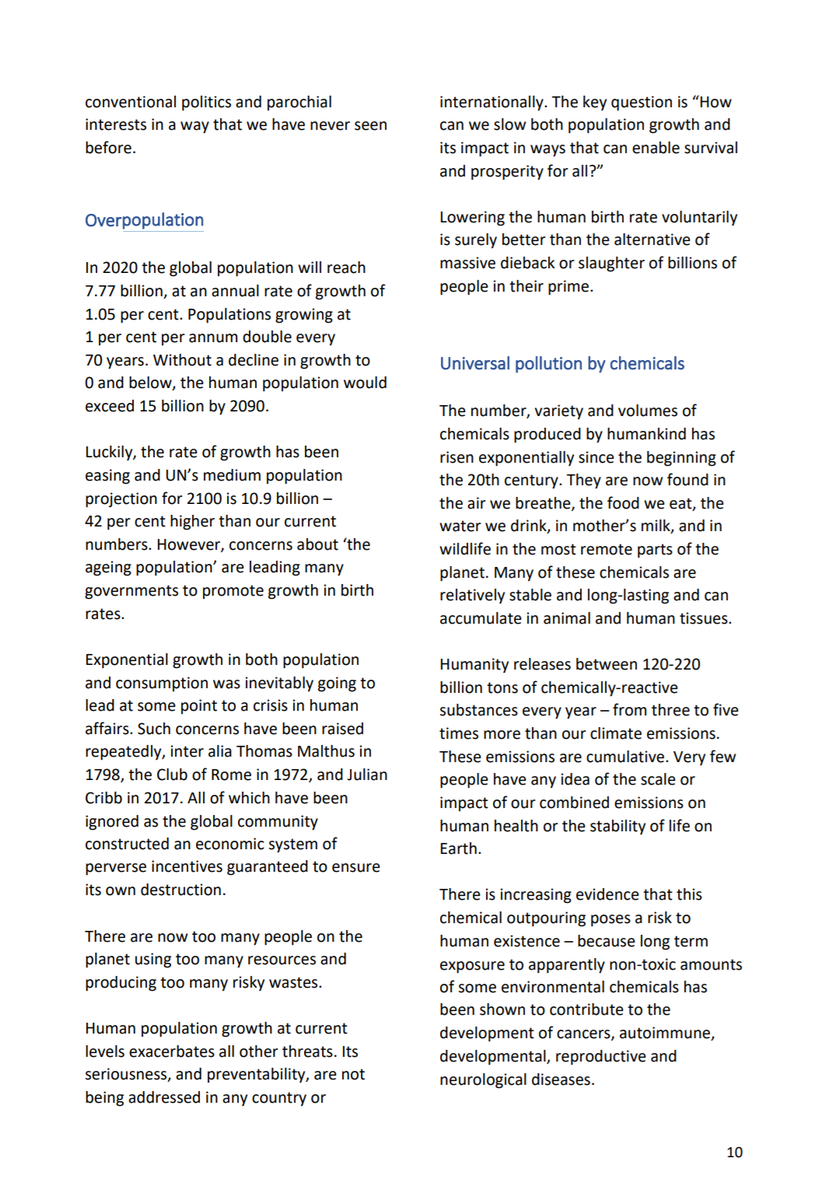 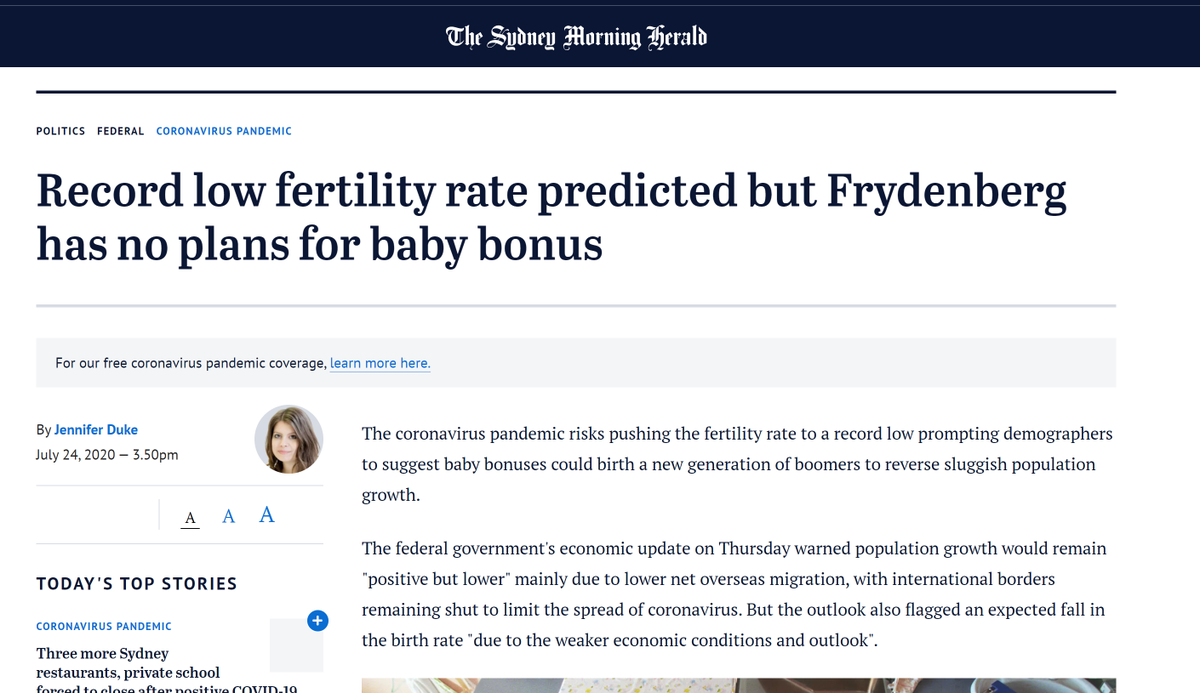 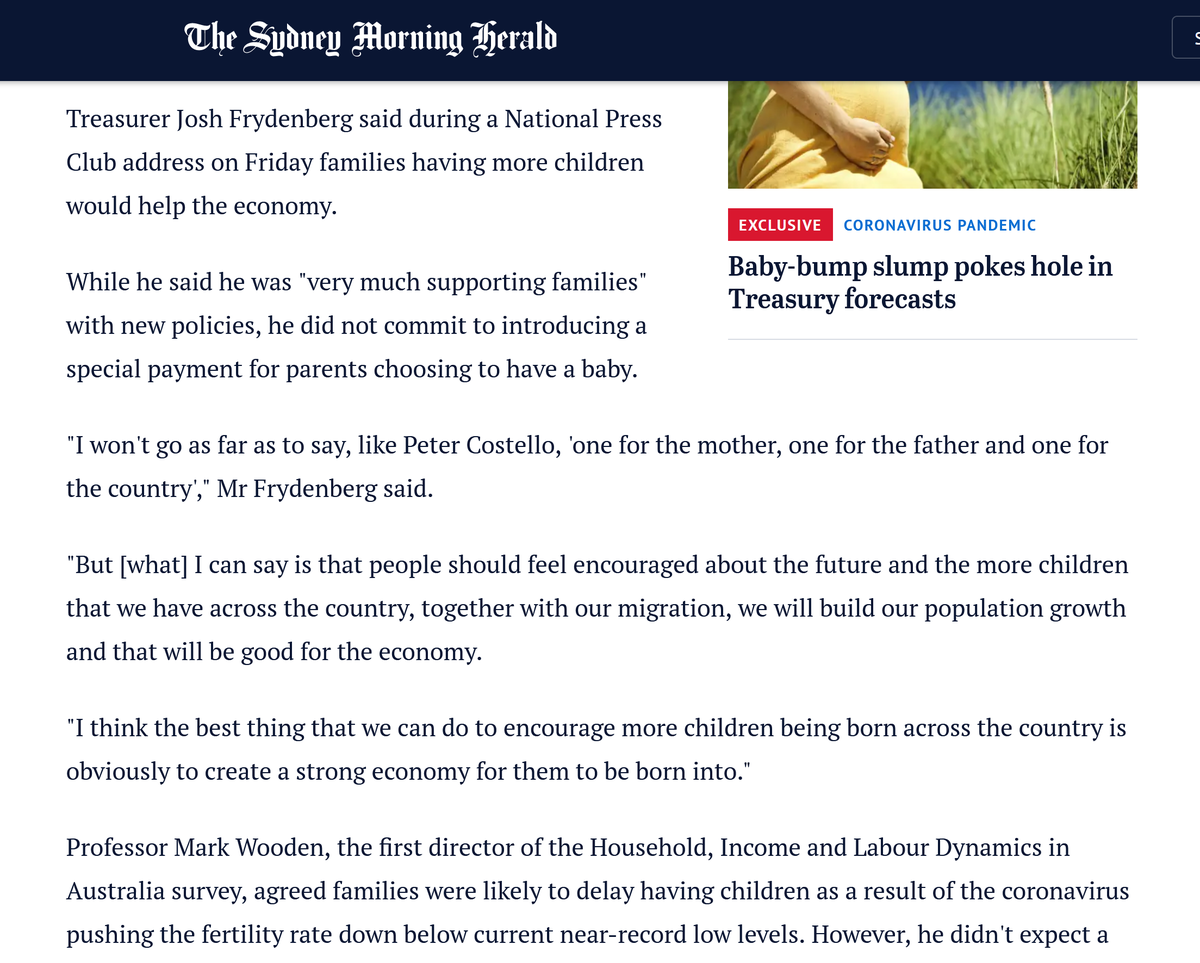 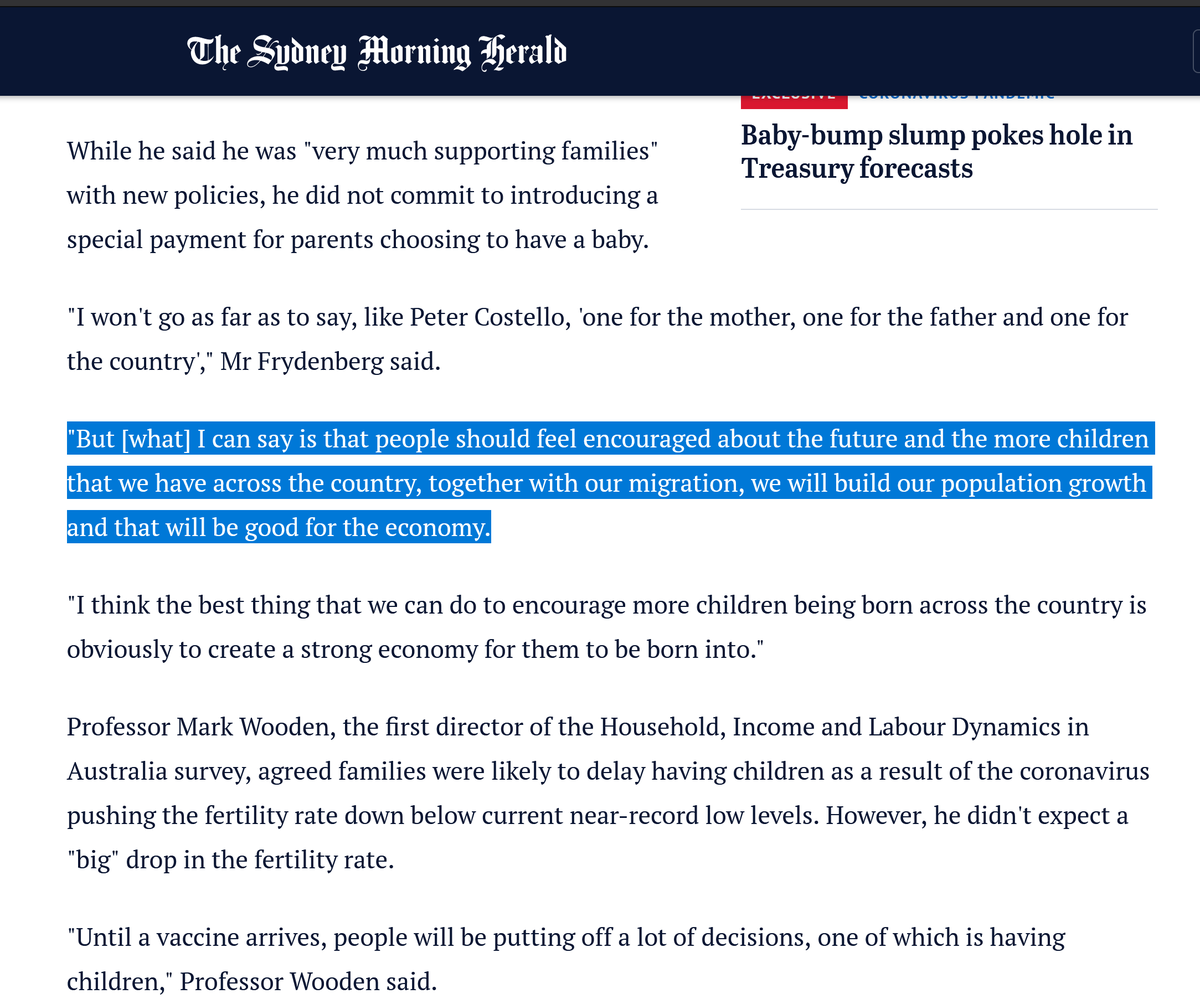 And what about the solutions to this 'problem'? "we can limit average
global birth numbers per woman":

Again - 'some governments', but not a single example, with no specification of who or where this refers to: 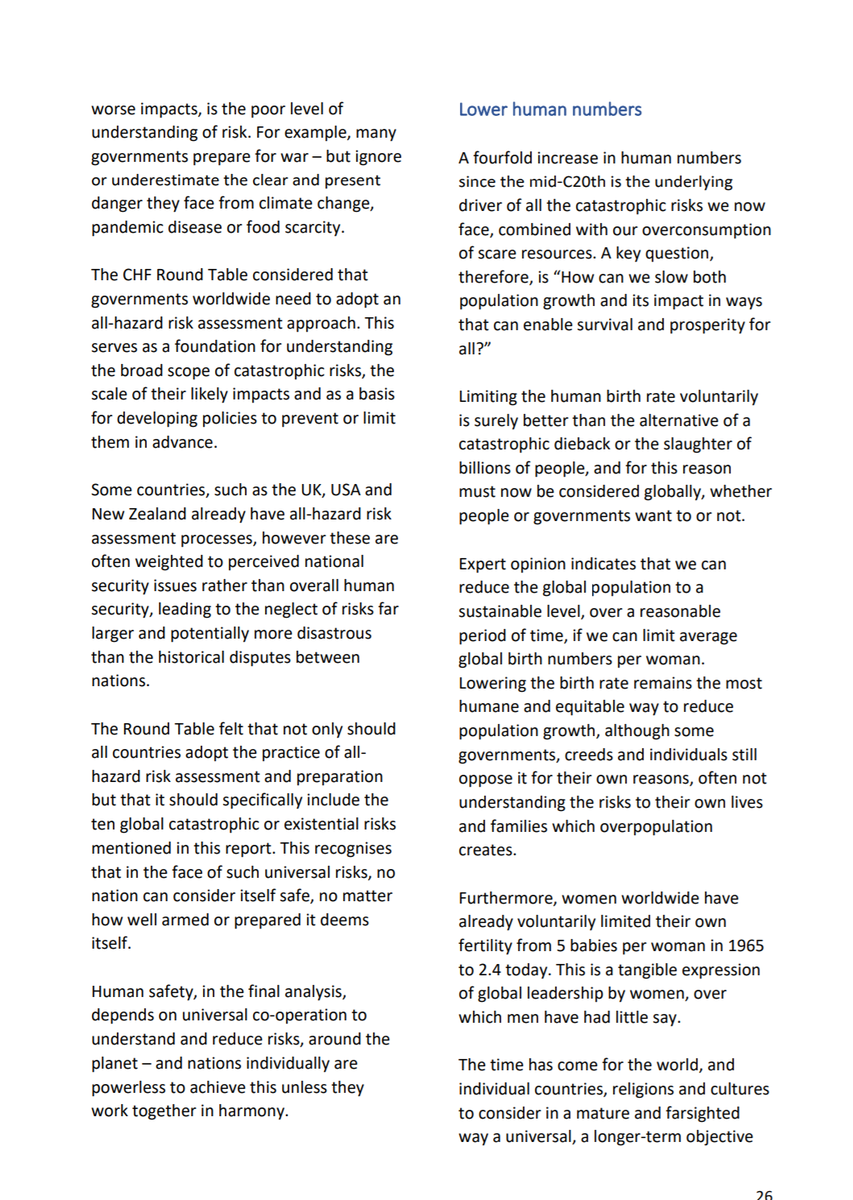 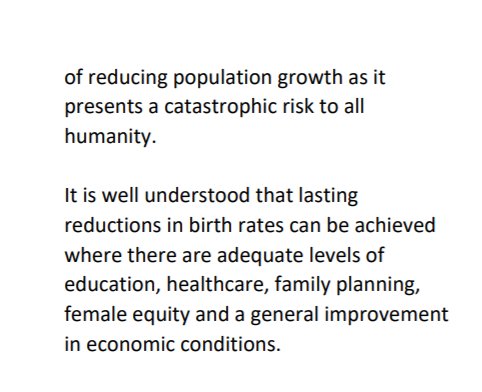 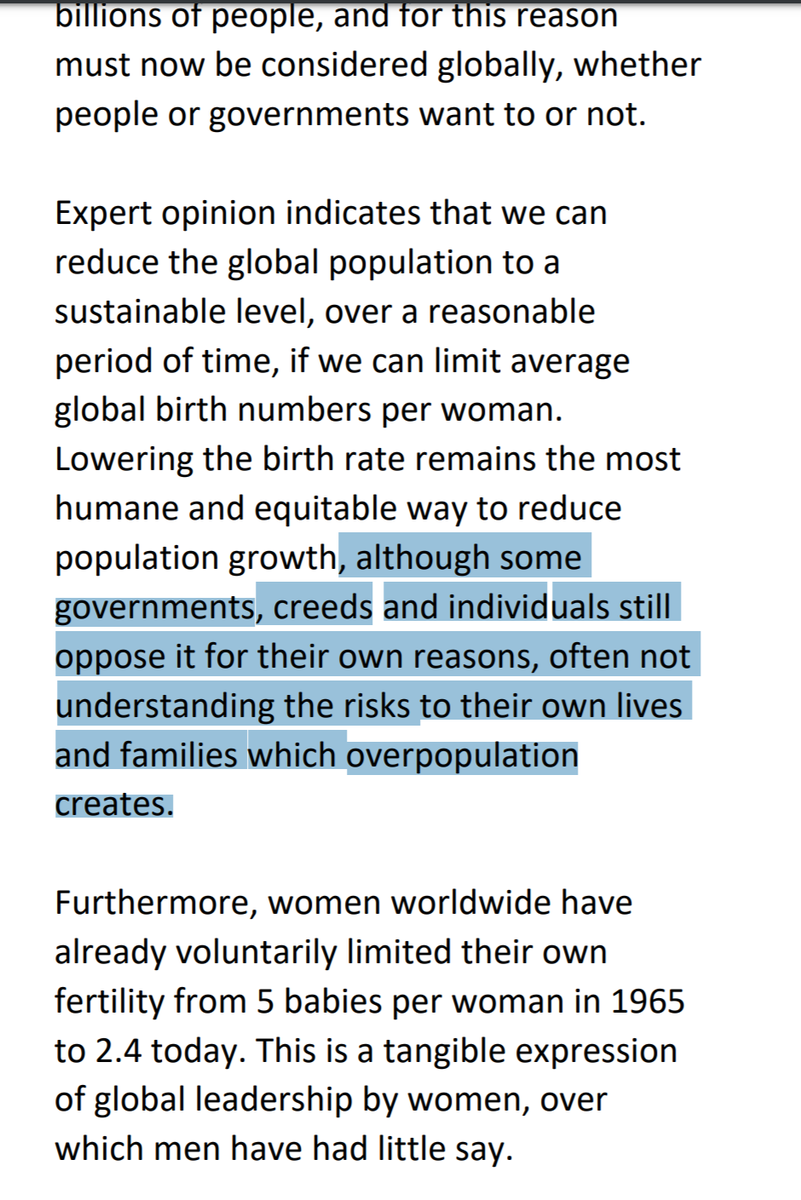 So here's my key problem - and it's a really, really big problem - what's happening here is the drop-and-run gambit. People just bring up overpopulation, say it's bad, but very explicitly avoid clarifying exactly what they mean. https://twitter.com/TricksyRaccoon/status/1258157044080623616

As this thread by @GeorgeMonbiot very patiently outlines, those of us living in wealthy countries bear far more responsibility for rising emissions than people in developing countries with higher - but not that high - population growth https://twitter.com/GeorgeMonbiot/status/1258364688435478528

This specific bit is the kicker. Because you can actually quantify what impact that coercing women in developing countries to 'do their part' and make reproductive choices based on our demands actually has on climate. A small impact, for a huge sacrifice. https://twitter.com/GeorgeMonbiot/status/1258365637451288578

It is very significant that the discussion of "overpopulation" here leaves out an mention of race, geography, racial justice - and specifically, avoids placing any relative burden on those of us in wealthy countries, which would surely be the first place you would start, right?
I will get reproachful responses to this from people saying 'you can't discuss overpopulation without being called a racist!'.

There is such a deep racist history to these ideas that if you leave out a discussion of race, what conclusions can we draw? https://www.globaljustice.org.uk/blog/2019/mar/9/how-racist-myths-built-population-growth-bogey-man
How racist myths built the population growth bogey-man

The environmental movement in the Global North needs to address the elephant in its white and middle-class room – the myth of overpopulation as a driver of climate extinction.

https://www.globaljustice.org.uk/blog/2019/mar/9/how-racist-myths-built-population-growth-bogey-man
Consider @ProjectDrawdown - whose inclusion of this I disagree with, but who still manage to very pointedly include a clarifiers and caveats on what they mean when they talk about this: 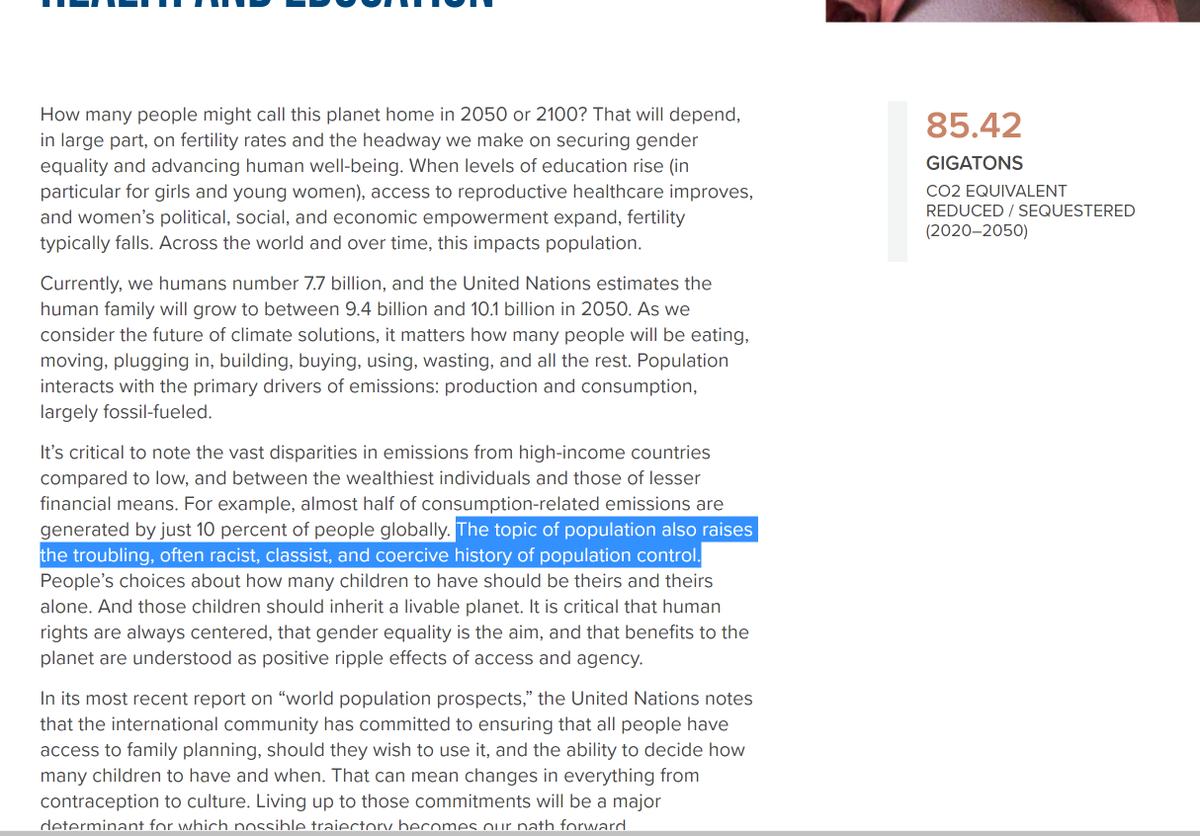 This all makes sense when you look at who's taking part in this push. The VP of 'Sustainable Population Australia' helped write the report. Paul Ehrlich - who wrote 'the population bomb' and is a titan within this movement, signed the letter. 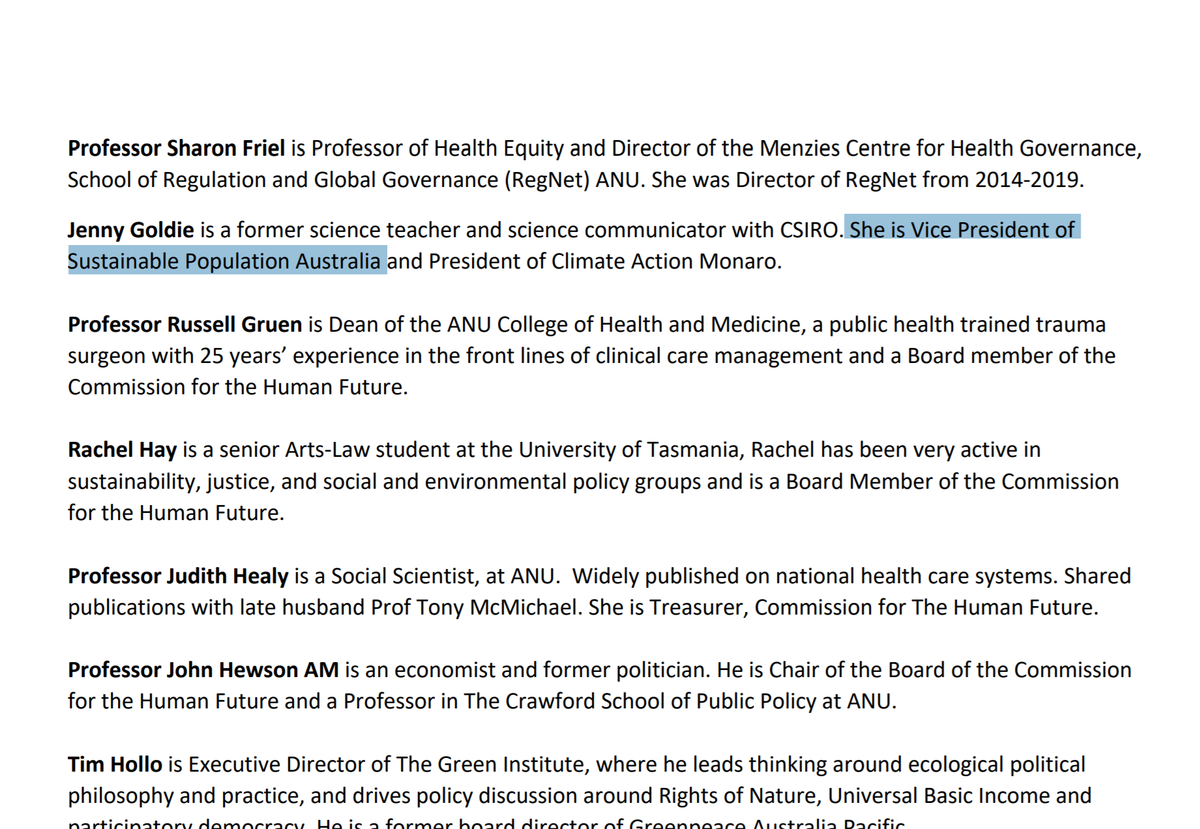 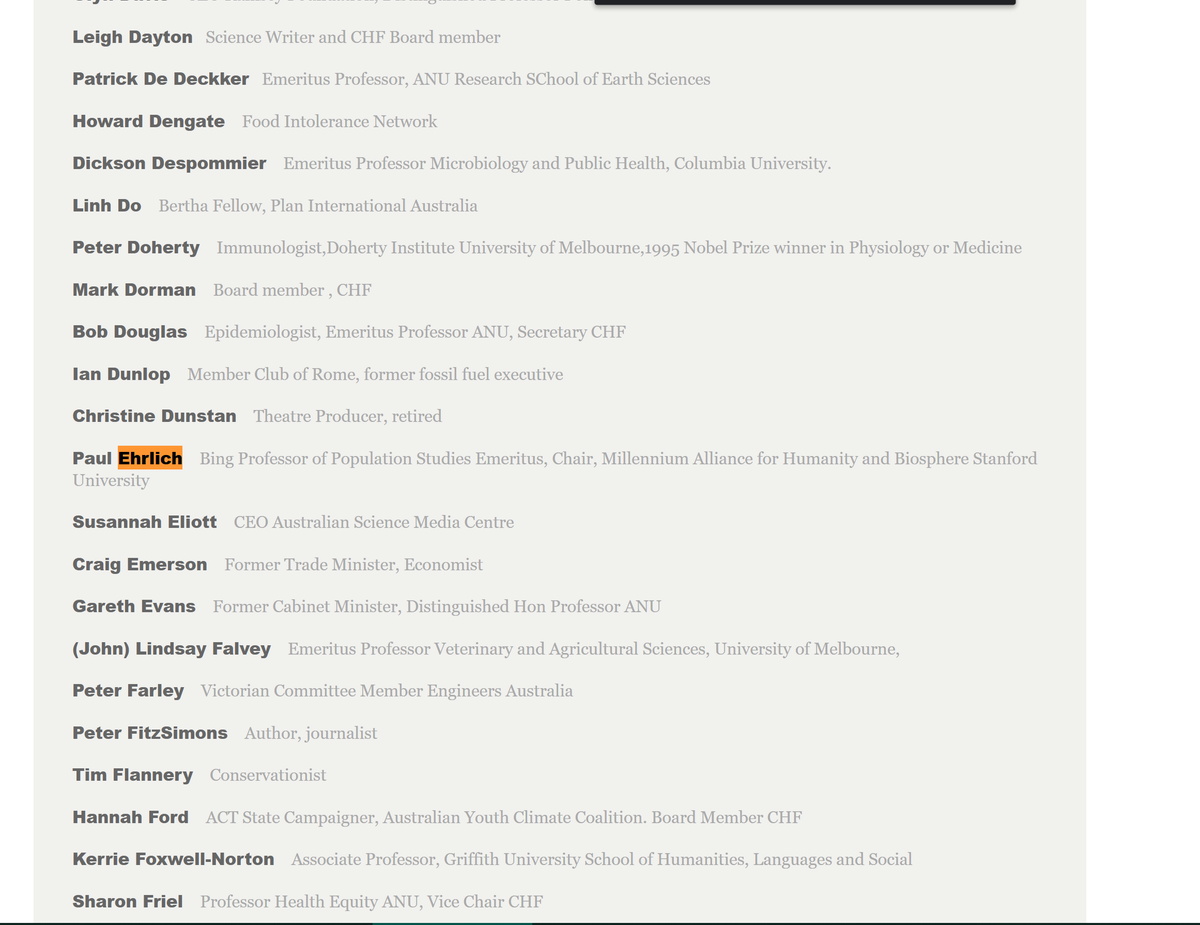 Also listed as signatories on the letter are Bob Carr and Dick Smith. Yep, those bastions of climate justice and racial sensitivity. 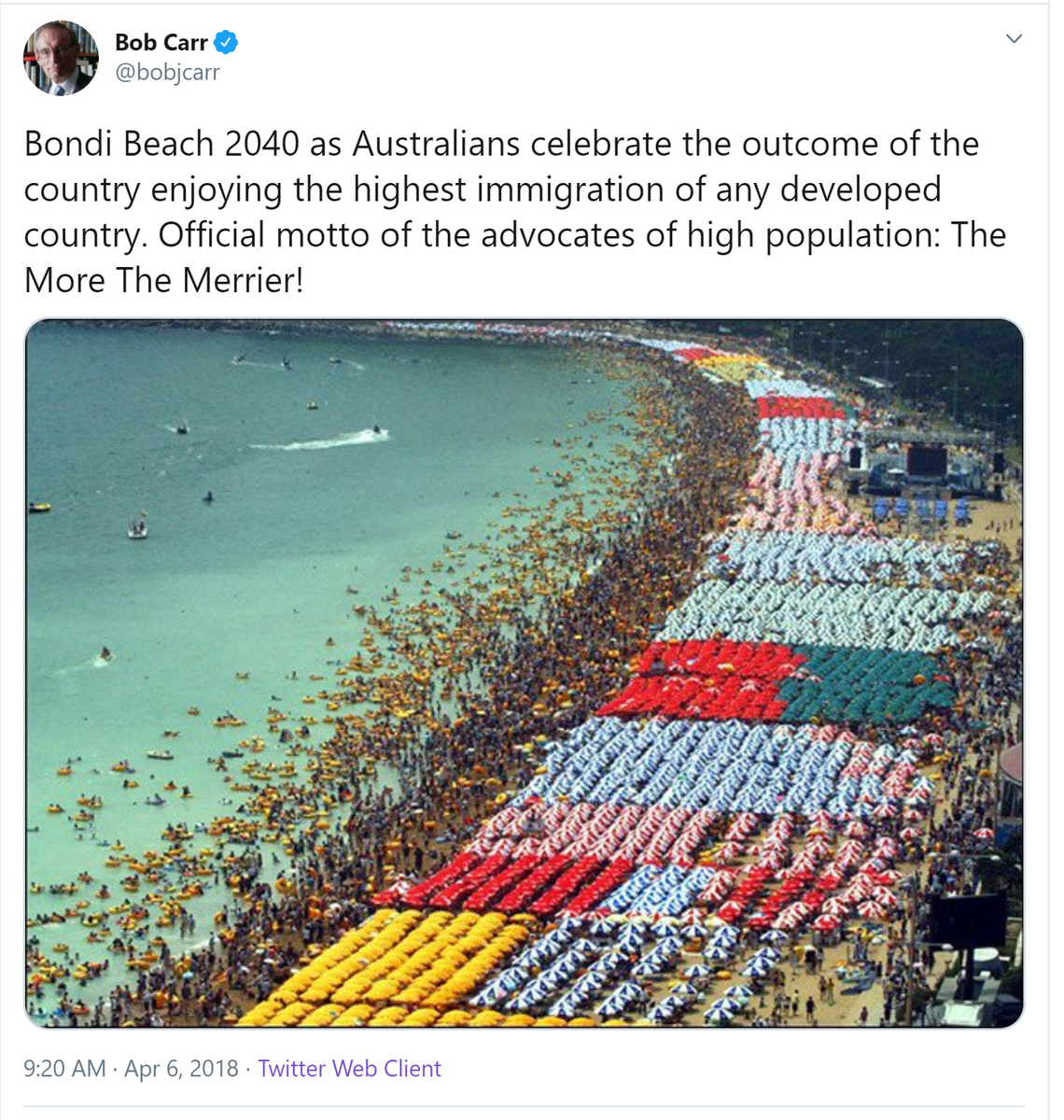 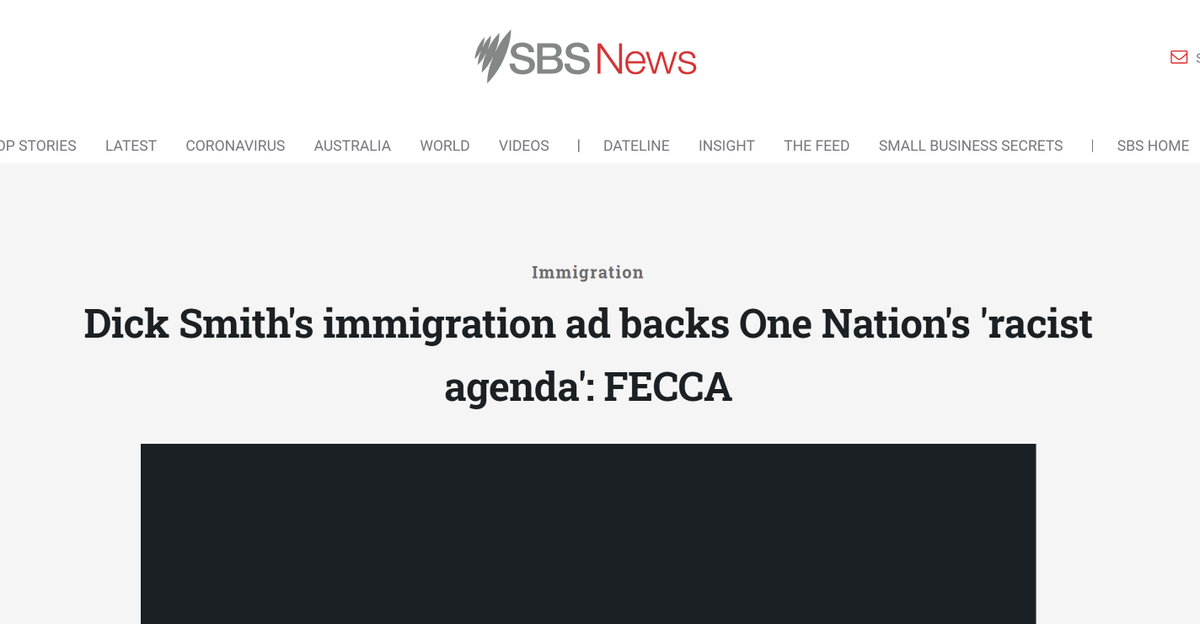 Living across three time zones - Australia, Europe and the US - it is astonishing to see the US take the absolute lead in baking racial justice into climate action and the language of climate change. Europe is moving slowly, but moving.

Australia? It is just.....so far behind.
The absence of any mentions of climate justice, racism and reparations of past injustice in these letters, reports and articles is really problematic, imo.

If anti-immigration, anti-developing-country sentiment isn't the problem - just explain it. Just be clear, and specific.
Quite a few people who I respect a lot, and who I know care about this stuff - such as @timsout, @firstdogonmoon and @timhollo - signed on too. So I suspect there's a chance for the next thing to be better worded, and to incorporate some of these considerations more explicitly.
Anyway, the last word goes to @GretaThunberg (sorry this thread wasn't short). Her whole @BBCNews story is well worth your time - some great little insights into her travels last year, and some really top tunes.

https://pca.st/wb78ycxx#t=2553
https://www.bbc.co.uk/programmes/w3ct0wjd
Here's @GretaThunberg's bit on population growth and moral burden in transcript format, in case you can't listen to the audio above. The following section is on equity and also worth listening to in full. 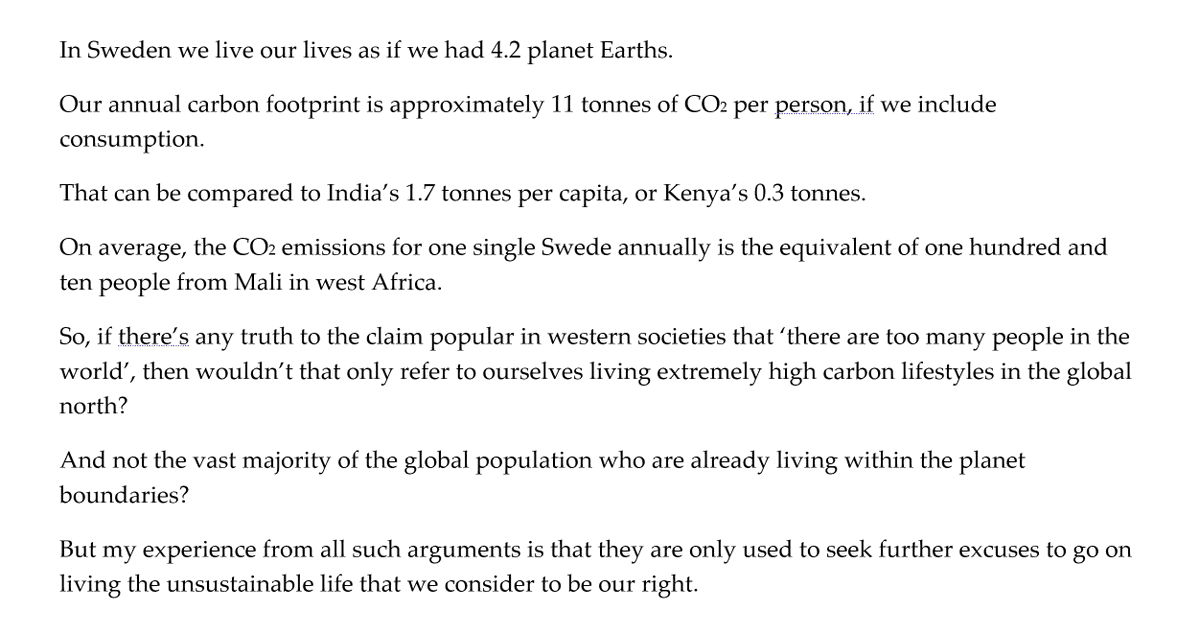