Read on Twitter
Hey #energytwitter -- I'm trying to confirm or deny the hypothesis that over time as the grid decarbonizes, it's likely to be poorer people paying for legacy fossil infrastructure. (Preferred geography: US)

Hit me with your cites?
thanks for all the ideas friends -- this seems to be simultaneously self evident and not super explicit in the lit.

meanwhile: I did some science and I think based on existing infrastructure, the poverty/legacy infrastructure link exists in the US. race less clear. 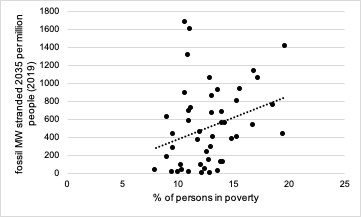 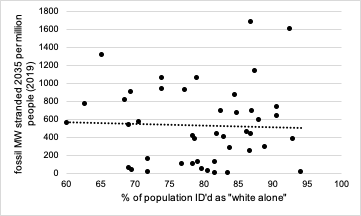 (disclosure: I removed Hawaii from the race one because it is a significant enough outlier that it actually reversed the trend, but it's a tiny signal in the dataset I'm using)
You can follow @emilygrubert.
Tip: mention @twtextapp on a Twitter thread with the keyword “unroll” to get a link to it.