https://medium.com/dfrlab/patriotic-astroturfing-in-the-azerbaijan-armenia-twitter-war-9d234206cdd7
To follow up on this thread - https://twitter.com/zkharazian/status/1283941850840268801 - I used a measure called the Coefficient of Traffic Manipulation (developed by @benimmo/ @polbots) to determine the likelihood that the traffic to four pro-AZ hashtags was manipulated. 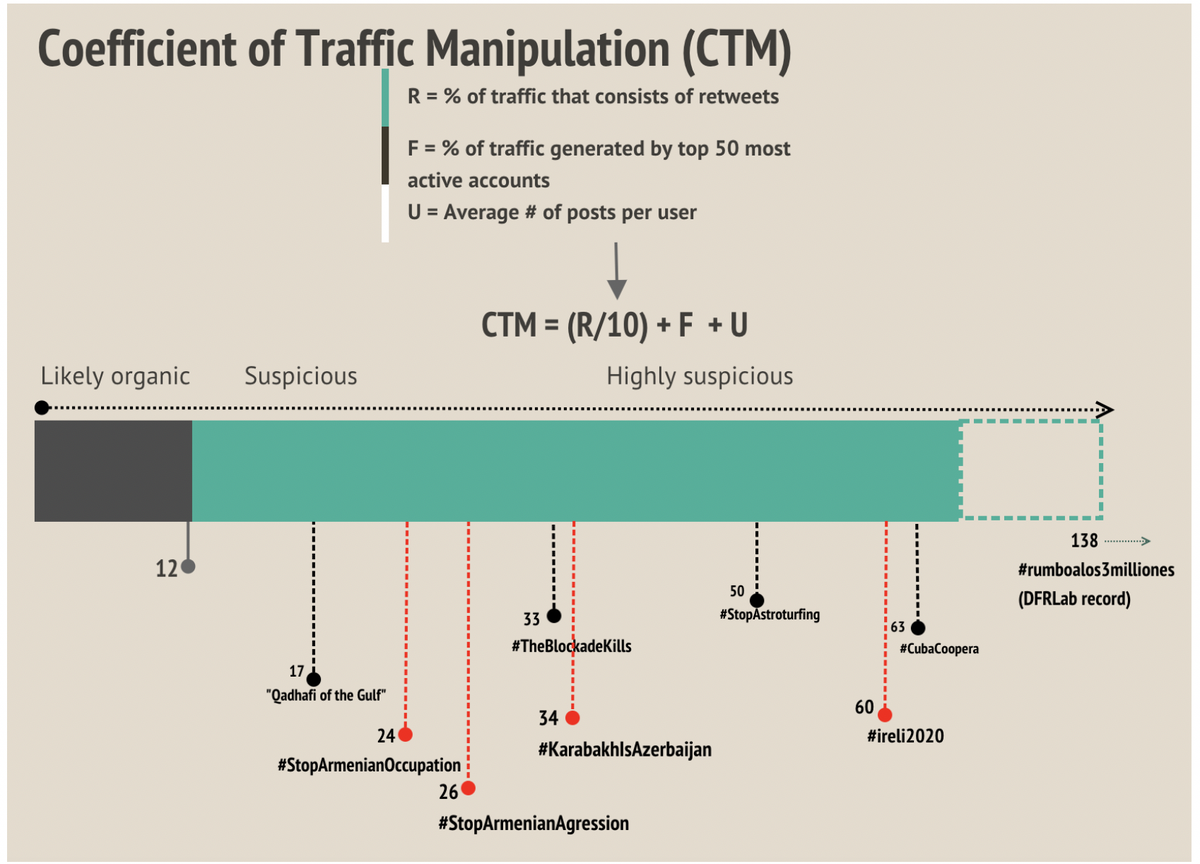 Breaking down the aggregate score showed that the hashtags all had a relatively high avg/posts per user - 12-15 posts vs 2-4 in previously tested organic control samples. (for reference #TavushStrong scored only 2.3)

The CTM is a relative, rather than absolute indicator of traffic manipulation, so we also looked at other indicators.

Across all of the top pro-Azerbaijan hashtags analyzed, dozens of accounts tweeted to the hashtags hundreds of times day b/w July 14 — July 18 (sometimes 1000s) 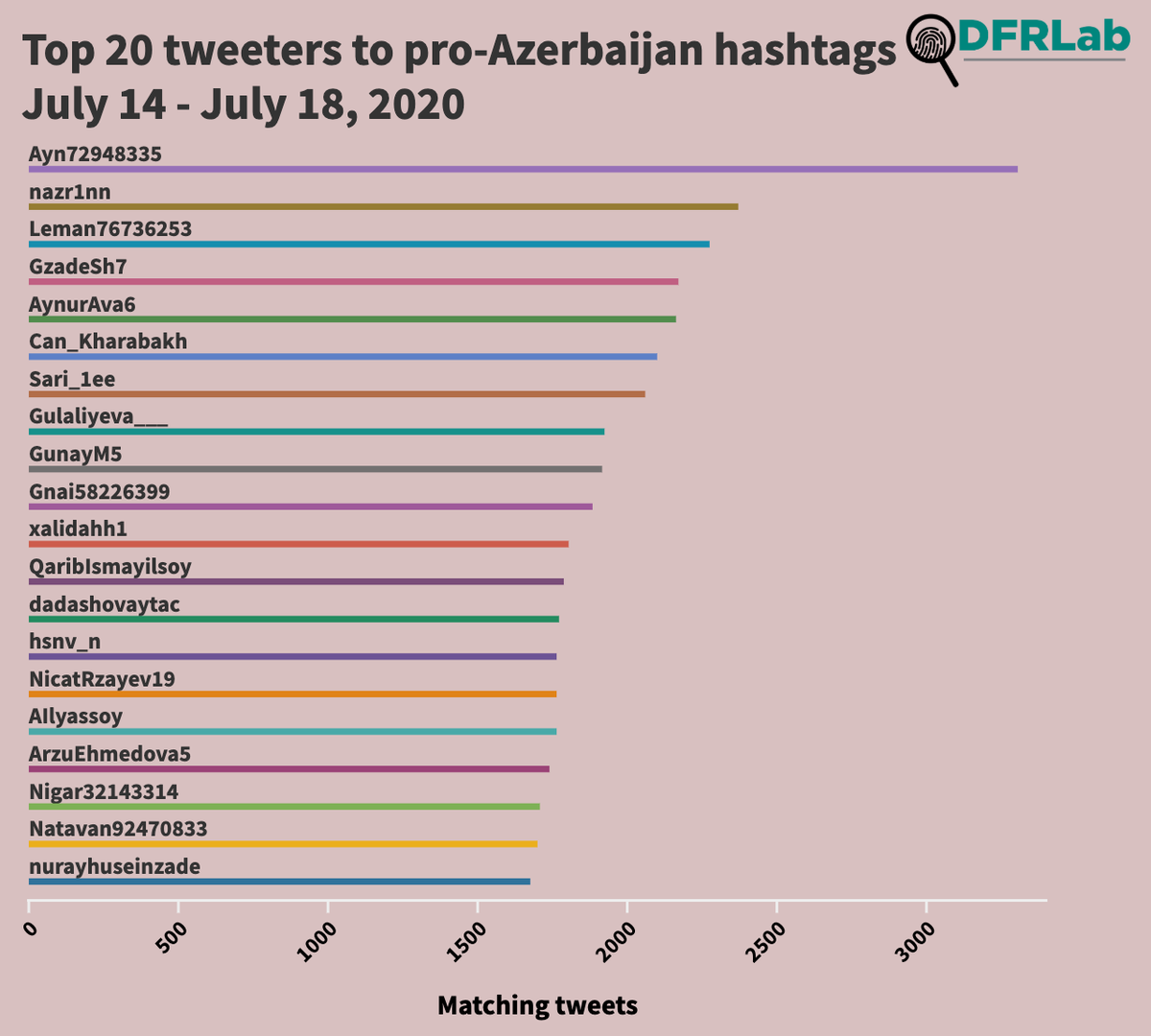 Among these high-volume posters, I came across three types of accounts.

The DFRLab aso found a small like/retweet ring around the account @guys_az, the account of the General Union to Youth for Support (GUYS), a youth organization created in 2019 to support Aliyev’s youth development policy.

see how the likes are in the same order? 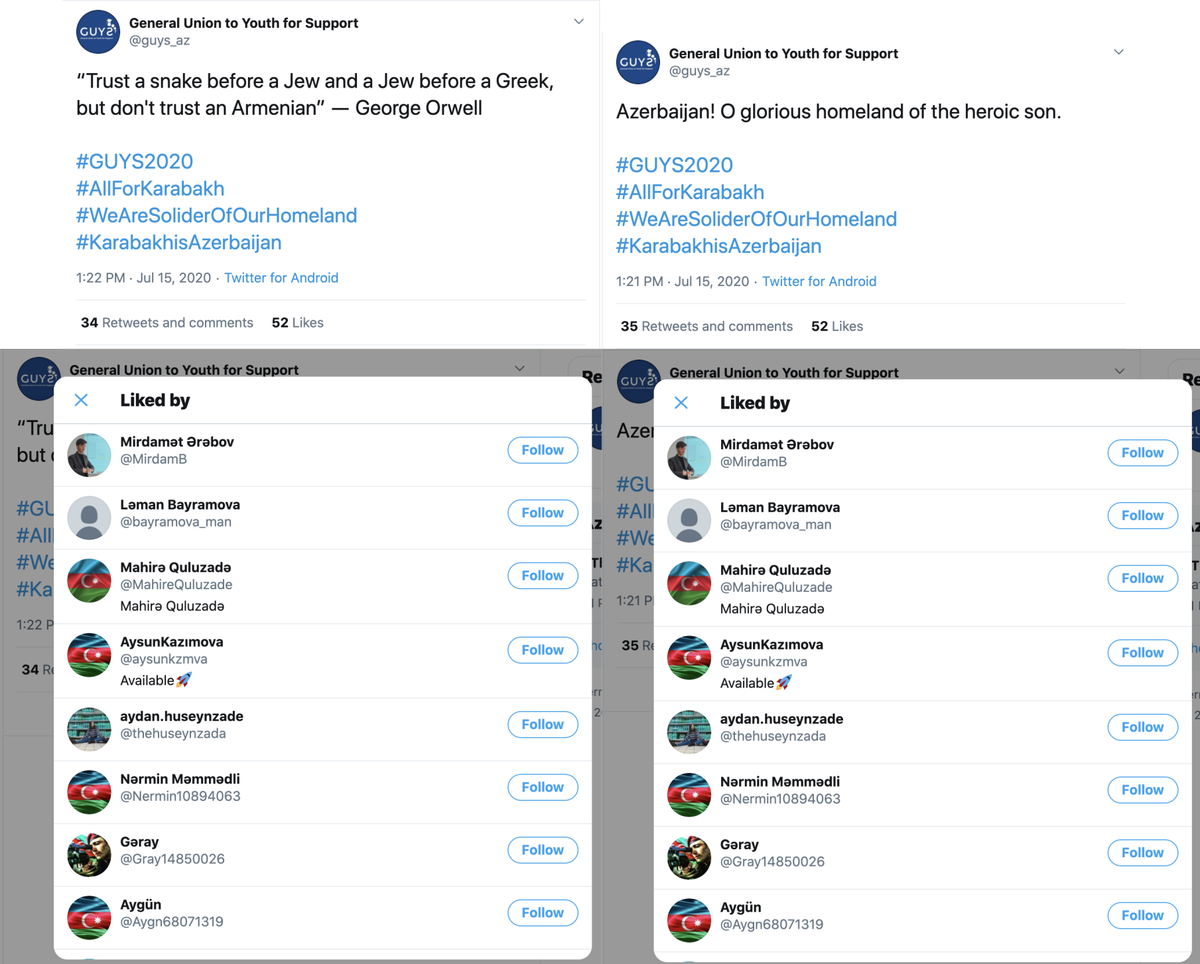 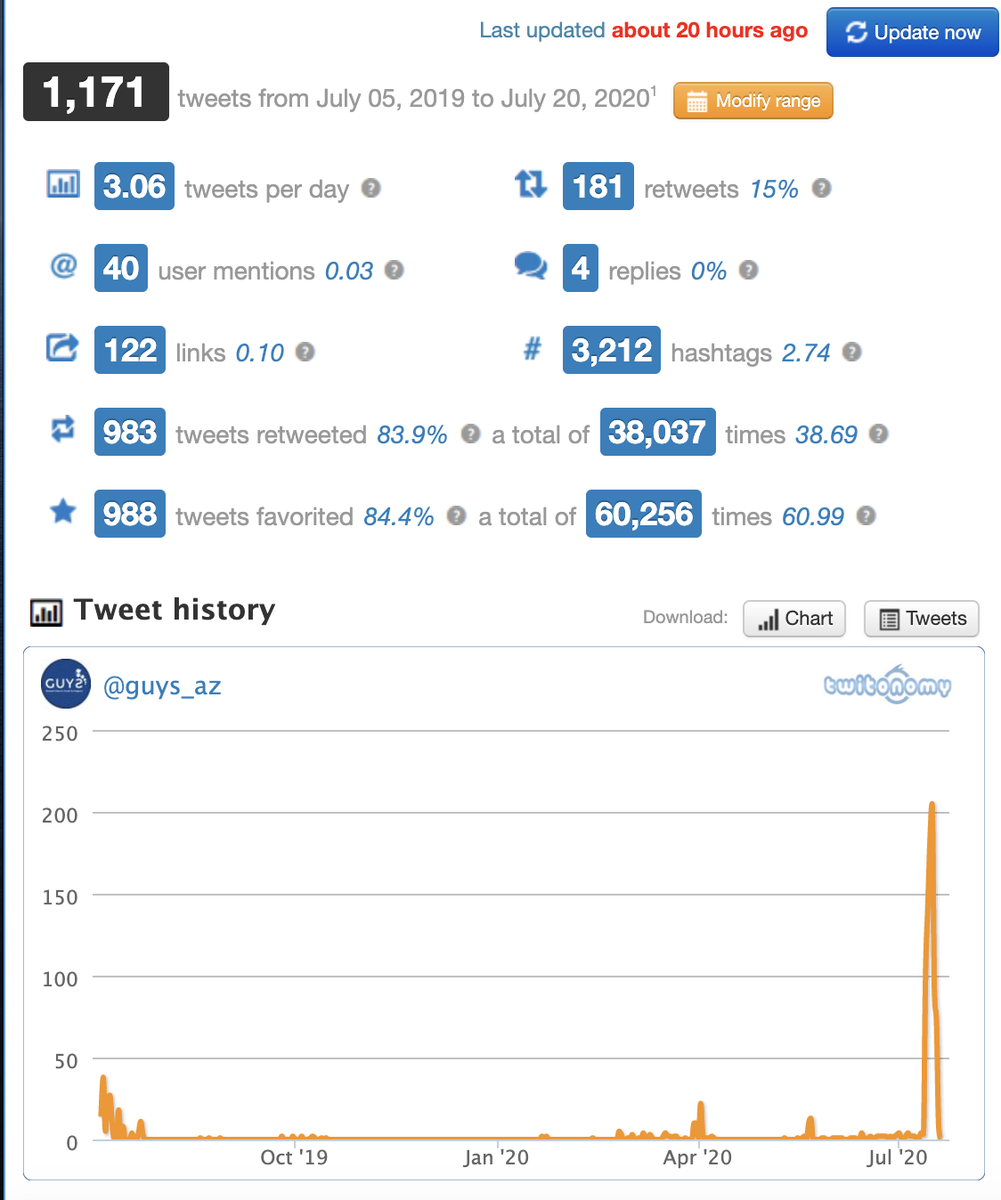 A great proportion of these high-volume accounts were recently created... 117 accounts out of the top 483 accounts were created on just July 15, 2020 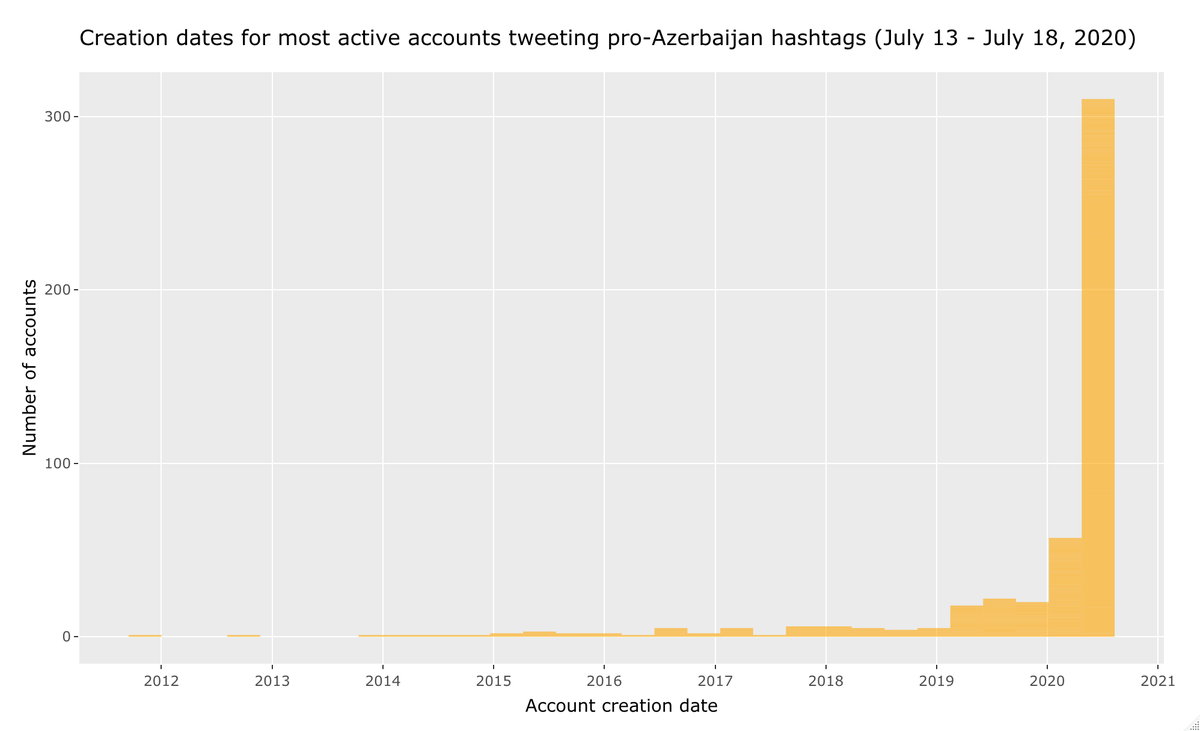 A couple of caveats:

1. There was no evidence that these accounts were fully automated “bots” — rather, they appeared highly dedicated human users, many of them identifying themselves as college students or associated w/ pro-regime youth groups.
2. This does not mean there were not authentic pro-Azerbaijan users employing pro-Azerbaijan hashtags as an expression of online civic action — there were. But these efforts were significantly boosted by a small group of highly dedicated accounts posting at a high volume.
Read the full report here: https://medium.com/dfrlab/patriotic-astroturfing-in-the-azerbaijan-armenia-twitter-war-9d234206cdd7
Patriotic astroturfing in the Azerbaijan-Armenia Twitter war

https://medium.com/dfrlab/patriotic-astroturfing-in-the-azerbaijan-armenia-twitter-war-9d234206cdd7
You can follow @zkharazian.
Tip: mention @twtextapp on a Twitter thread with the keyword “unroll” to get a link to it.