Read on Twitter
With little to no public comment period trump plans to streamline the National Environmental Policy Act (NEPA), a bedrock environmental law fr 1970. Effecting working class communities of color it is nothing less then environmental racism.

The Wa Po https://apple.news/AklG6ZgRhS3W9Y4KP813dwg
Nixon signed this key environmental law. Trump plans to change it to speed up pipelines, highway...

Black, brown and poor communities have relied on the law for generations to stop projects that could impact their neighborhoods

https://apple.news/AklG6ZgRhS3W9Y4KP813dwg
2/
Officials weighing a proposed coal mine or oil drilling operation would not have to consider whether burning those fossil fuels will contribute to climate change

CNP & Koch network
3/
“ #KochNetwork & #CouncilForNationalPolicy agenda. They’ve systemically attacked” environmental regulations & “the #COVID19 crisis is their opportunity to ensure” the NEPA fails. “The public will never know who is responsible.
Same with the USPS” & the push to open schools. 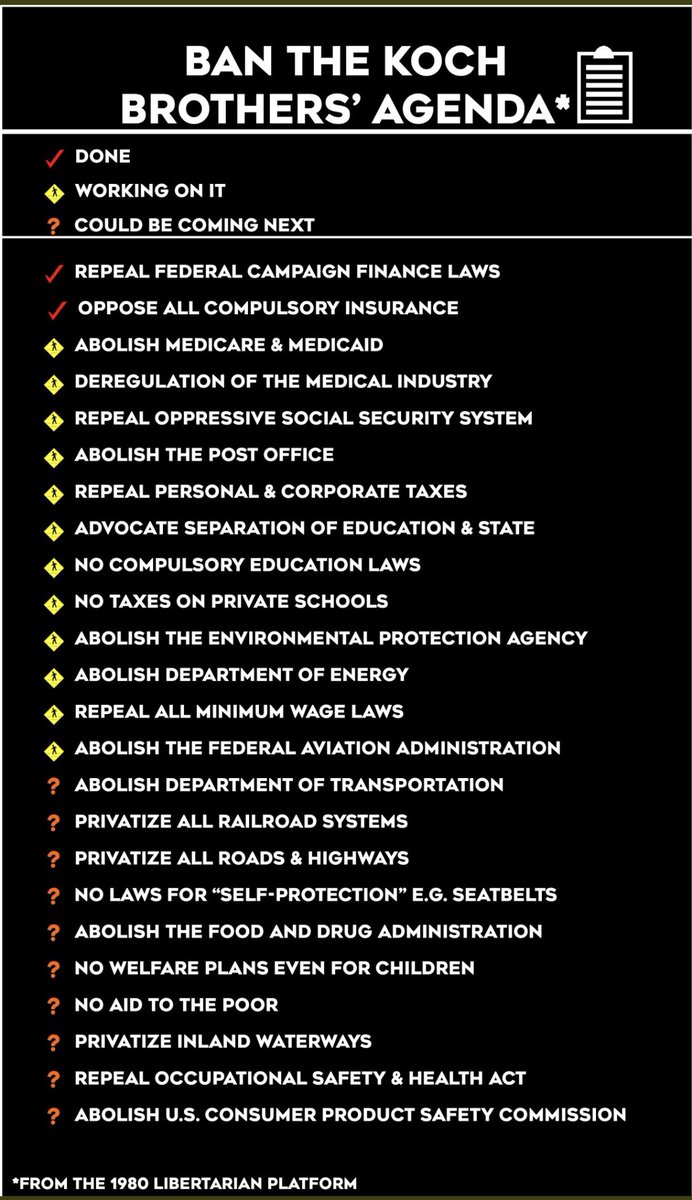 Again the Koch way.
5/
“Most of WH, Cabinet, several agencies, GOP & their Govs are #KochNetwork & #CNP members.” The push to roll back EPA regulations is all #KochAgenda

“tRump's agenda is the #KochAgenda masquerading as WH policy GOP platform. Their goal is not to govern...but, to decimate.” 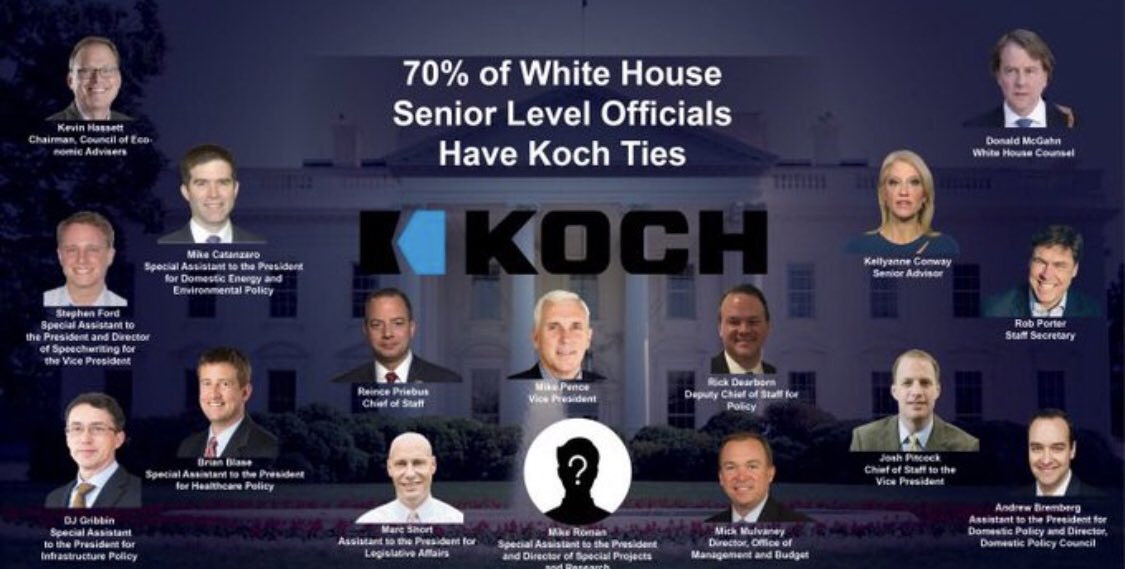 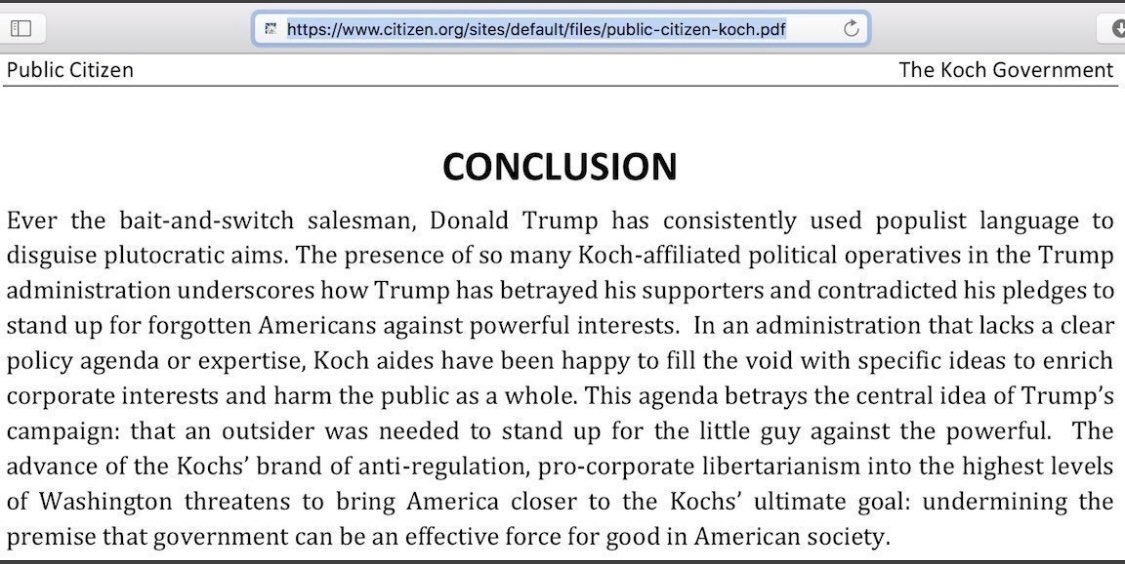 6/
Any WH persons in meme who are no longer there have been replaced by another Koch selected person. As long as Pence & Kellyanne are there they will see to Koch & big industry concerns.
7/
H/T to @Cruellaisdevine for some colorful & to the point language(in quotes) & some of the memes. Many thanks my friend!

I encourage everyone to read the article and see what’s at stake.
#UnKochAmerica
#NEPA
#EPA
#ClimateCrisis
#Racism
#BlackLivesMattters
You can follow @DominiqueNYC.
Tip: mention @twtextapp on a Twitter thread with the keyword “unroll” to get a link to it.