Read on Twitter
1/This excellent NYT piece covers the shift in decarbonization to gas as coal gets phased out.

We’ve been arguing for so long about if gas can be a “bridge fuel”, we’ve missed the point. It’s already been a bridge fuel. But, a bridge to what? THREAD https://www.nytimes.com/2020/07/06/business/energy-environment/renewable-energy-natural-gas.html?smid=tw-share
The Next Energy Battle: Renewables vs. Natural Gas

As coal declines and wind and solar energy rise, some are pushing to limit the use of natural gas, but utilities say they are not ready to do so.

https://www.nytimes.com/2020/07/06/business/energy-environment/renewable-energy-natural-gas.html?smid=tw-share
2/How long have we been talking about the “bridge fuel”? Well check out comments from the 1992 Global Warming and the Earth Summit from none other the Kenneth Lay, yes that Kenneth Lay, of Enron fame:

3/This narrative of “bridge fuel” was seized on for decades, championed by folks like Aubrey McClendon (for the uninitiated, Aubrey is to fracking as Elon is to EVs) in conjunction with environmentalists like the Sierra Club as recently as 2010. https://science.time.com/2012/02/02/exclusive-how-the-sierra-club-took-millions-from-the-natural-gas-industry-and-why-they-stopped/
Exclusive: How the Sierra Club Took Millions From the Natural Gas Industry—and Why They Stopped... https://science.time.com/2012/02/02/exclusive-how-the-sierra-club-took-millions-from-the-natural-gas-industry-and-why-they-stopped/
4/And wow did it come true. Check out the growth in gas in the electric sector since Ken Lay made his bridge fuel comment. It’s more than tripled since 1992, and along with renewables finally pushed King Coal off its throne.

5/So we need to reframe the conversation now. It’s no longer “can” or “should” gas be a bridge fuel. It simply was. But the thing about bridges is that they eventually reach the other side. We are there now, so what comes after the bridge?
6/Part of that answer lies in gas’s role in the clean energy future. Clean is a relative term. Cleaner than what? As our grid changes, what is “clean” changes too. Coal-to-gas switching is lauded for its environmental benefits, but as coal shrinks, that dynamic changes too.
7/ @DanielRaimi summarizes this well.

Did (past tense) gas reduce emissions in the US? Probably*

Will it in the future? Almost certainly not.

*answer depends on a whole host of assumptions, especially around methane
https://media.rff.org/documents/WP_19-03_Raimi.pdf 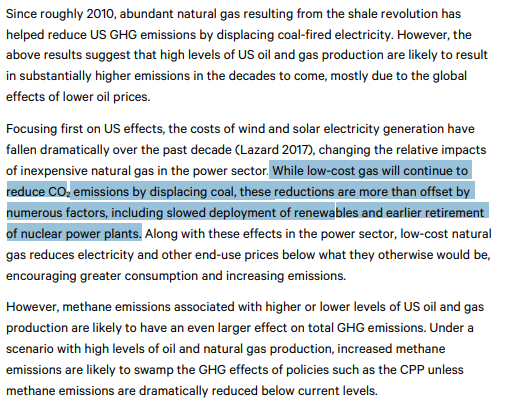 8/So if we’ve crossed the bridge, where are we now? Some grids, like California, are making progress faster than others, so we can look to them. After some fits and starts (e.g. replacing lost nuclear), gas is now declining rapidly as renewables surge.
https://www.nytimes.com/interactive/2018/12/24/climate/how-electricity-generation-changed-in-your-state.html 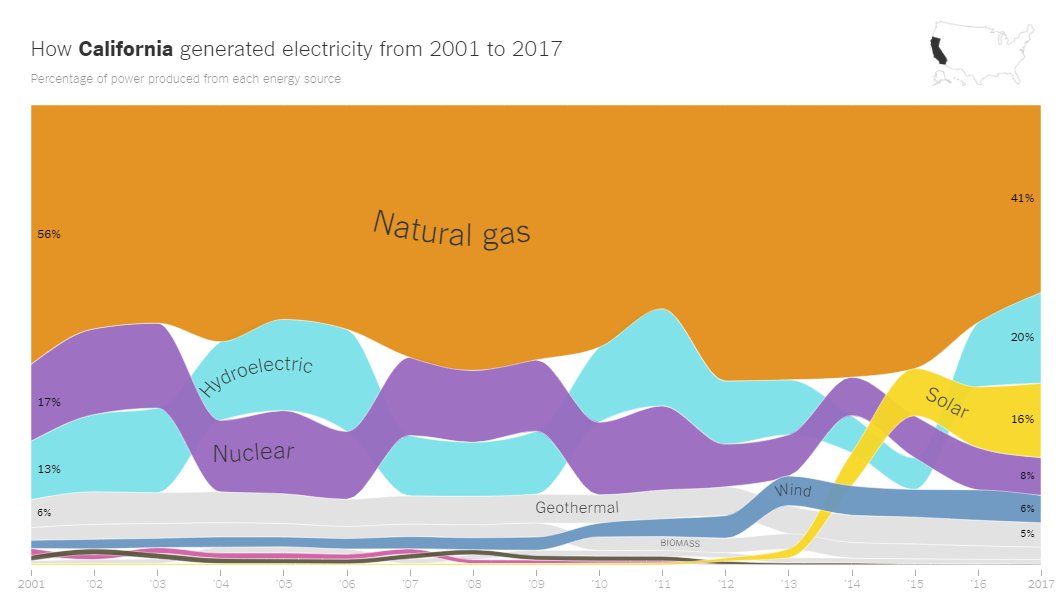 9/California is the canary in the coal mine for what comes at the end of the natural gas bridge. As renewables continue to surge, they will increasingly be in direct competition with gas. The uneasy alliance against coal is starting to come to an end.
10/Which brings me back to the excellent @ivanlpenn piece. Natural gas was the bridge fuel as promised, but after three decades we’ve reached the end of the bridge. Expect a lot more confrontations like these. https://www.nytimes.com/2020/07/06/business/energy-environment/renewable-energy-natural-gas.html?smid=tw-share
The Next Energy Battle: Renewables vs. Natural Gas

As coal declines and wind and solar energy rise, some are pushing to limit the use of natural gas, but utilities say they are not ready to do so.

https://www.nytimes.com/2020/07/06/business/energy-environment/renewable-energy-natural-gas.html?smid=tw-share
You can follow @TimMLatimer.
Tip: mention @twtextapp on a Twitter thread with the keyword “unroll” to get a link to it.