"Martinelli won the 2009 election w/ Varela as his running mate, but their alliance broke down in 2011 when Varela was sacked as foreign minister. The 2 former political allies have become enemies."

"The New Business case is named after one of 18 business entities, along with a law firm and 4 individuals, who funneled the stolen funds through 24 bank accounts at 13 banks situated in 4 countries."

Prosecutors’ chart of the New Business case, for which a court just granted another one-year extension to investigate. Much of the time problem is that this was a crime spread around multiple…

Varela is accused of accepting campaign donations as bribes from the Brazilian construction giant Odebrecht during the time period when he was VP and then President.

It is one of the largest corruption scandals in world history, and still growing. https://www.icij.org/investigations/bribery-division/
Bribery Division - ICIJ

Why is Panama so important?

It is in the middle of all the action. The Panama Canal, one of the world's great engineering marvels, connects the Atlantic & Pacific Oceans. Also, it is in Central America - the land bridge between North & South America. 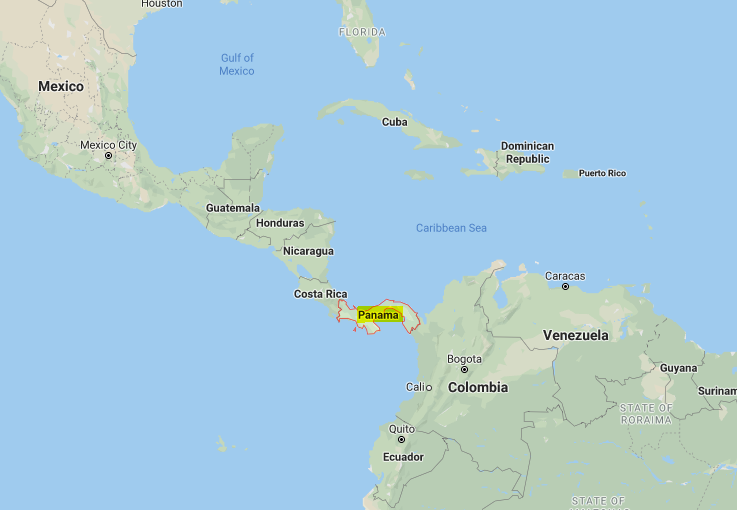 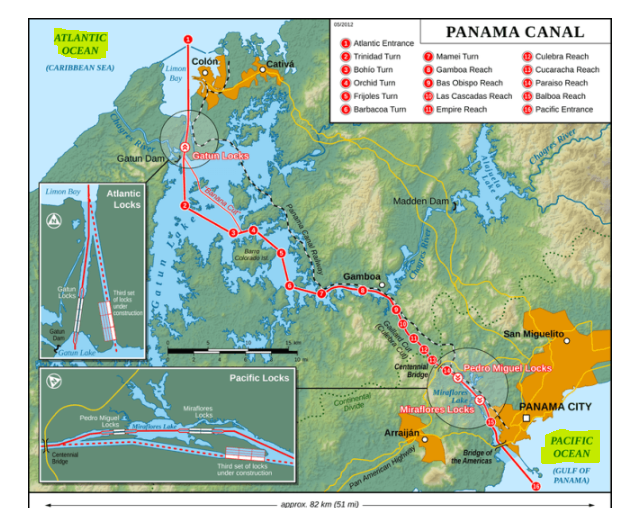 "The US military invaded Panama in hot pursuit of the country's dictator, Manuel Noriega, in December 1989. Noriega took refuge at the Vatican Embassy in Panama City."

Panama's dictator, Manuel Noriega, surrendered to the invading U.S. military in 1989. He holed up at the Vatican Embassy, and gave up after being subjected to days of deafening music.

"In the 1980s, Gilberto Rodriguez Orejuela, the leader of the Colombian Cali cartel, became the largest shareholder of the First Interamericas Bank of Panama."

Legal capitalism has learned from criminal capitalism that in the world of money, only rule breakers survive, writes mafia expert Roberto Saviano

Ivanka and her father repeatedly misled buyers on Trump real estate projects across the globe.

"Trump and Martinelli’s mutual affection seems to be partly based on their status as wealthy men with political ambitions who appear to be unmoved by concerns over conflicts of interest."

The Panama Papers dropped. The full database from Mossack Fonseca, a Panama-based law firm whose services include incorporating companies in offshore jurisdictions.

What is Mossack Fonseca, how big is it, and who uses offshore firms? Key questions about one of the biggest ever data leaks

The leak reveals a shadowy underground financial network that links otherwise unrelated characters, capers and crimes from around the world.

"Martinelli has denied any wrongdoing & said on Twitter last month that his successor, Varela, was going after him to divert attention from his own problems."

Fugitive former Panamanian president Ricardo Martinelli, wanted by the Central American nation on charges of political espionage, was arrested by U.S. authorities on Monday near Miami, officials for...

"Martinelli [was] accused of allegedly abusing the Pegasus system [from

-based NSO group] while he was president, as well as the disappearance of the spy equipment after he left office."

First it was Panama, now Mexico. The spyware Pegasus is at the center of allegations of government spying in both countries. Panama's president, Ricardo Martinelli, is in jail in Miami for allegedly...

At least two Americans were among those targeted by President Ricardo Martinelli, according to a witness affidavit in the Miami extradition case against the former president. Martinelli's lawyers say...

"One of the most prominent cases involves [Martinelli], who was allowed to enter the US just days after his country’s Supreme Court opened an investigation into charges that he had helped embezzle $45 million from a government school lunch program." https://www.propublica.org/article/corrupt-foreign-officials-find-refuge-in-united-states
Suspected of Corruption at Home, Powerful Foreigners Find Refuge in the U.S.

"The former U of Arkansas, Fayetteville int'l student is the school's 1st graduate to become a head of state, & his ties to UA increased w/ his profile after being elected Panama's leader in 2009."

Four years ago, Ricardo Martinelli stood smiling on a Bud Walton Arena stage as president of Panama and the recipient of an honorary degree.

Ricardo Martinelli has been accused of using public funds to set up an illegal wiretapping operation.

A Panamanian court evicted the Trump management team from the Trump Ocean Club International Hotel and Tower in Panama City.

Four individuals have been charged in an indictment unsealed today in the Southern District of New York with wire fraud, tax fraud, money laundering and other offenses in connection with their

In the wake of the scandal, it became increasingly hard to launder money through investment in Panamanian real estate for Venezuelans who grew rich on the back of their political connections

In the latest chapter in ongoing litigation, the private equity fund that bought what used to be called the Trump Ocean Club claims the Trump entities pocketed money that should have gone to the…

PANAMA CITY (AP) — A Panamanian court has cleared former President Ricardo Martinelli of political espionage during his administration and ordered him released from house arrest, though the judges...

The not-guilty verdict issued in Panama on Friday in the trial of former president Ricardo Martinelli shows the extent of the judicial crisis in the country.

"Two sons of former Panamanian President Ricardo Martinelli were arrested in Guatemala as they tried to board a private plane out of the country."

GUATEMALA CITY (AP) — Two sons of former Panamanian President Ricardo Martinelli were arrested Monday in Guatemala as they tried to board a private plane out of the country. Luis Enrique and...