Read on Twitter
Nikola Tesla had met Swami Vivekananda in 1895. The meeting was arranged by French actress Sarah Bernhardt.

Swami Vivekananda’s effect on Nikola Tesla was so great that he began using Sanskrit words and concepts in his work. 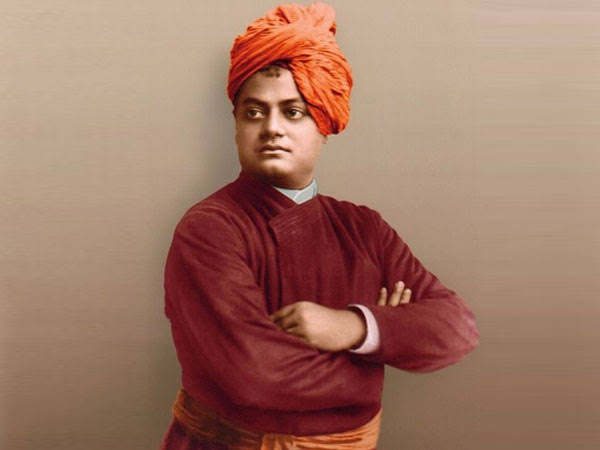 Nikola Tesla was very much impressed by the Samkhya cosmogony and the theory of cycles given in the Vedic text. 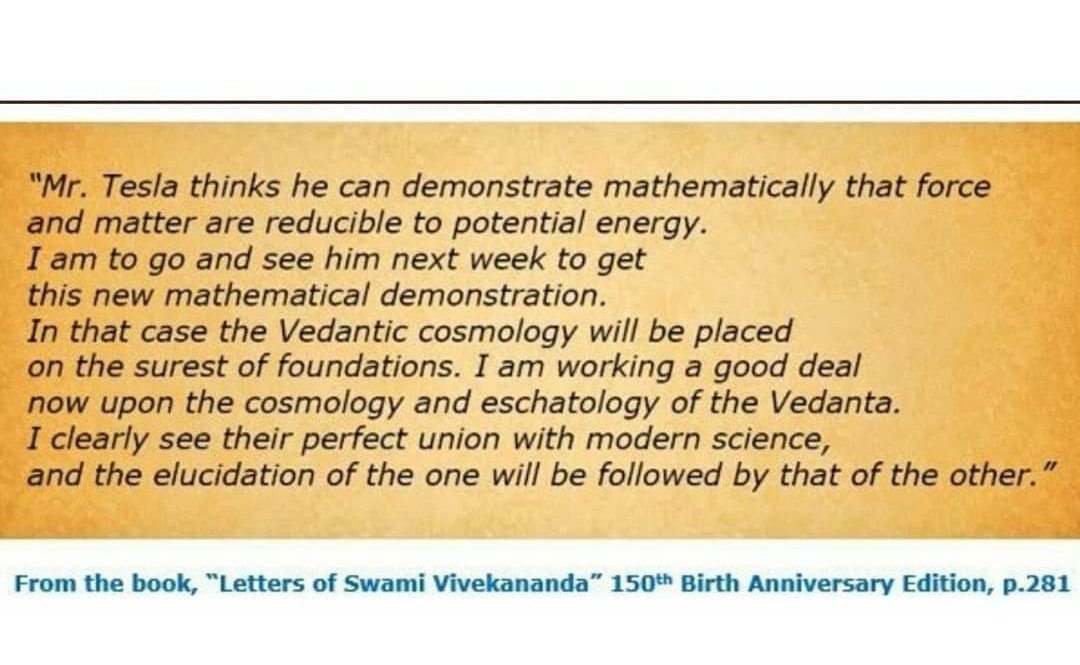 Tesla used the Sanskrit terms and understood them as energy and mass.

Tesla apparently failed in his effort to show the identity of mass and energy. Apparently he understood that when speed increases, mass must decrease.

#SwamiVivekananda
He seems to have thought that mass might be "converted" to energy and vice-versa, rather than that they were identical in some way, as is pointed out in Einstein's equations. At any rate, Swamiji seems to have sensed where the difficulty lay in joining the maps of European..
science & Advaita Vedanta and set Tesla to solve the problem. In hope that Tesla would succeed in this.Swamiji says "In that case the Vedantic cosmology will be placed on the surest of foundations." It was proved 10 years later, in a paper by Albert Einstein 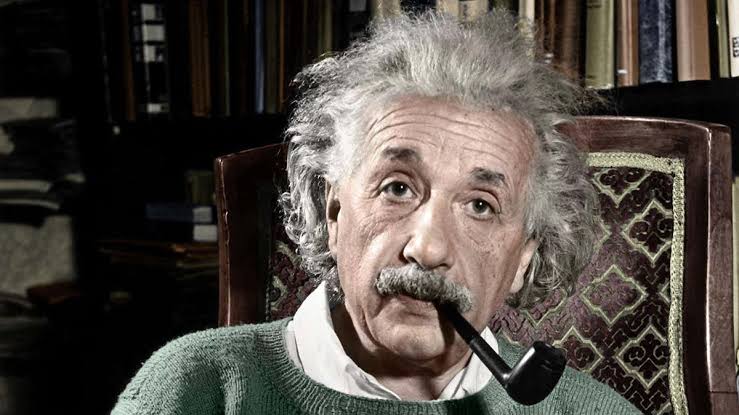 through his famous equation e=mc2.
Nikola Tesla’s use of Vedic terminology provides a key, to understanding his view of electromagnetism and the nature of the universe.

Nikola Tesla is looked up to as one of the greatest scientist of all times. 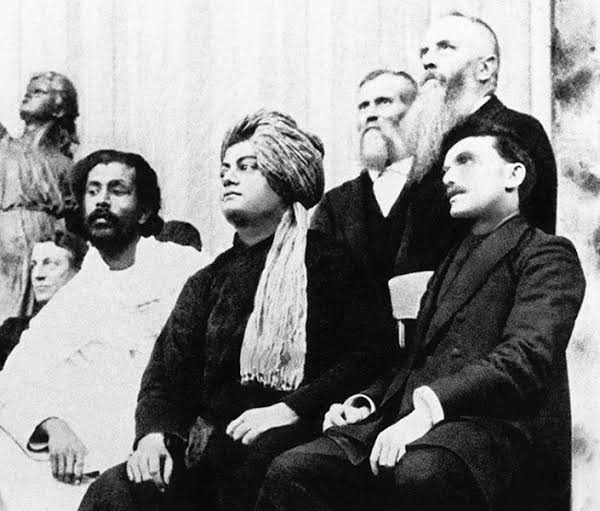 But, his connect with Indian knowledge is indeed thought-provoking.

Sources: Indian People Congress and Daily Katha
You can follow @CliosChronicles.
Tip: mention @twtextapp on a Twitter thread with the keyword “unroll” to get a link to it.