Read on Twitter
Shortly after Ghislaine Maxwell's arrest, rumors emerged on Twitter that Bill Barr had either visited her in jail or tried to but been thwarted by her attorney. The most viral tweets came from @richardmarx, @Baligubadle1, @FordJohnathan5, and @MontyBoa99. 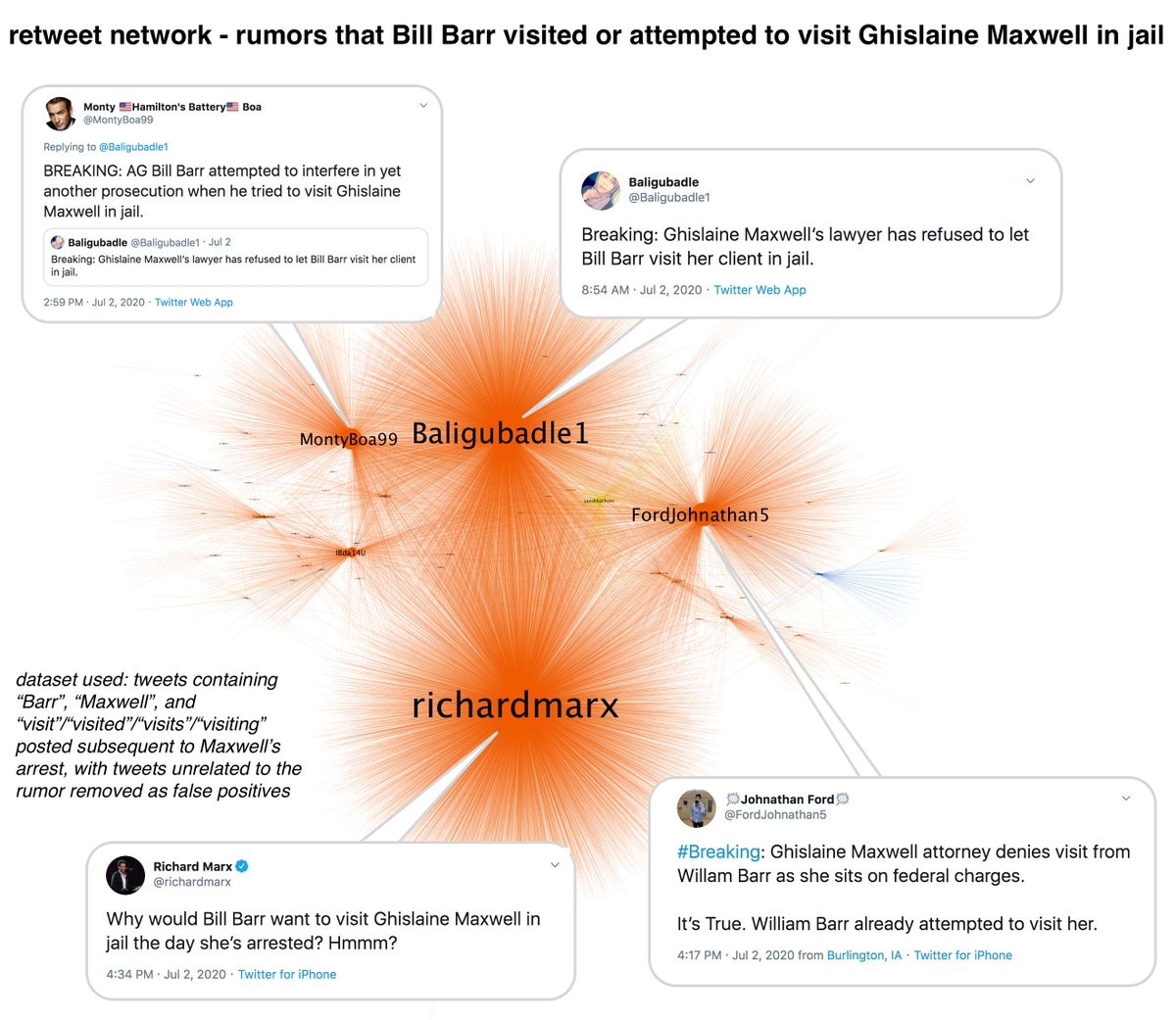 We downloaded tweets containing "Maxwell", "Barr", and variations on "visit" subsequent to Maxwell's arrest and removed false positives. Almost all of the traffic (27675 of 28246 tweets, 97.9%) is tweets uncritically spreading the claims or retweets thereof. 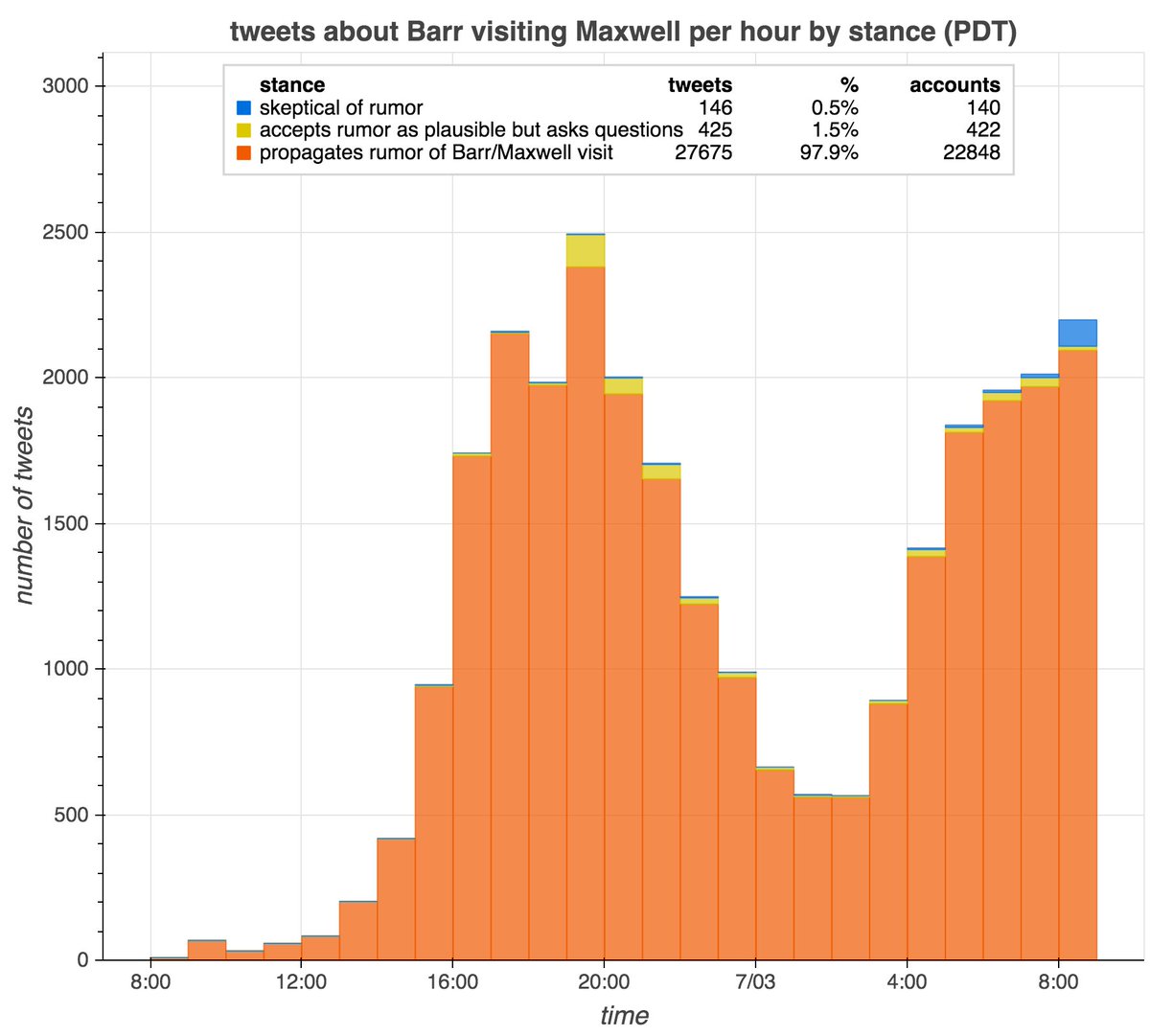 A few variations on the "Barr visited Maxwell in jail" narrative have emerged. Three examples:

• Barr tried to visit Maxwell but her lawyer prevented it (this is the original version)
• Barr actually visited Maxwell
• Why isn't the media covering this? 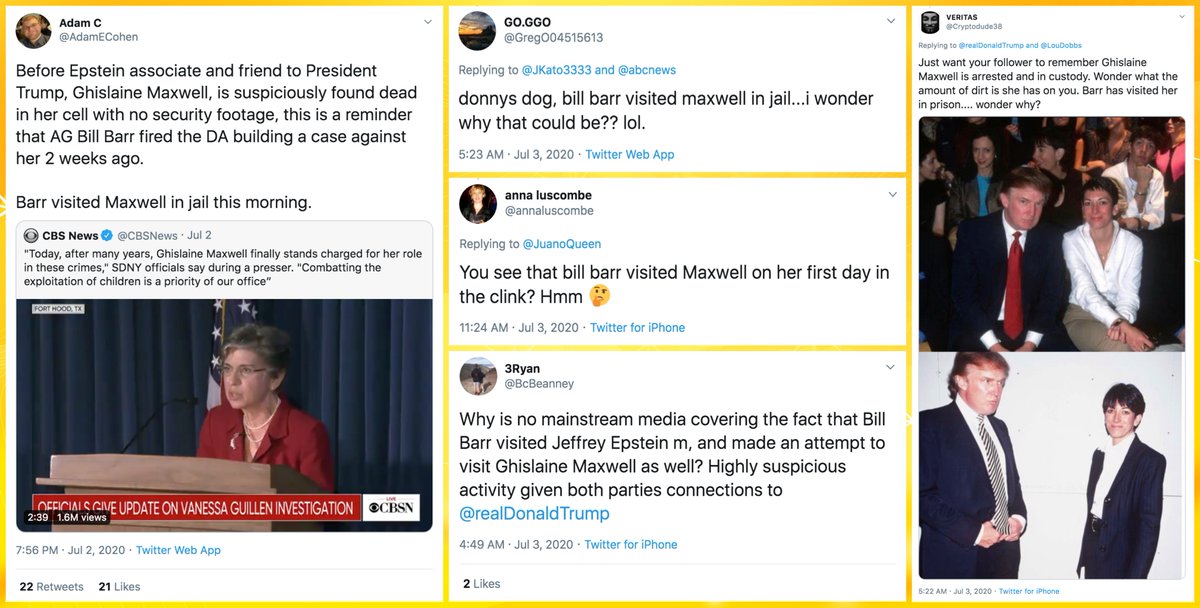 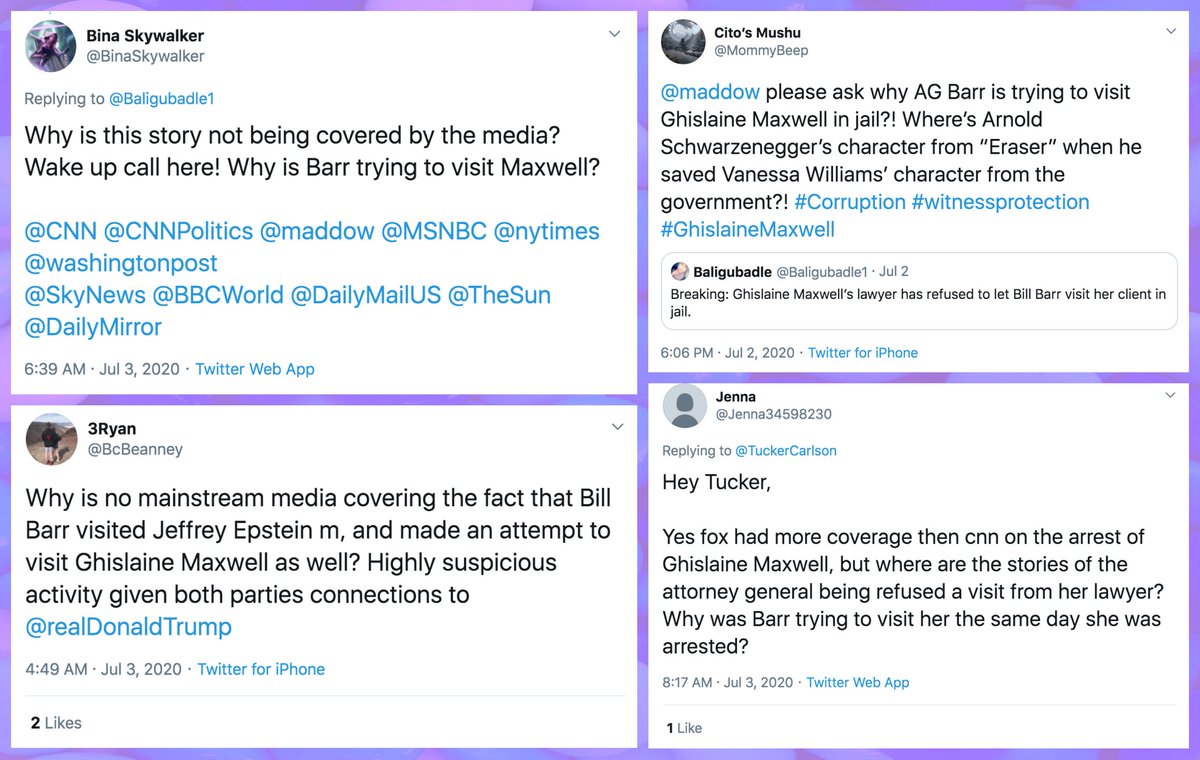 Here are the first twenty tweets about a supposed attempt by Bill Barr to visit Ghislaine Maxwell in jail. The rumor appears to have started with @Baligubadle1. Thirteen minutes later, @cheecierom joined in by replying with the rumor to a smorgasbord of major accounts. 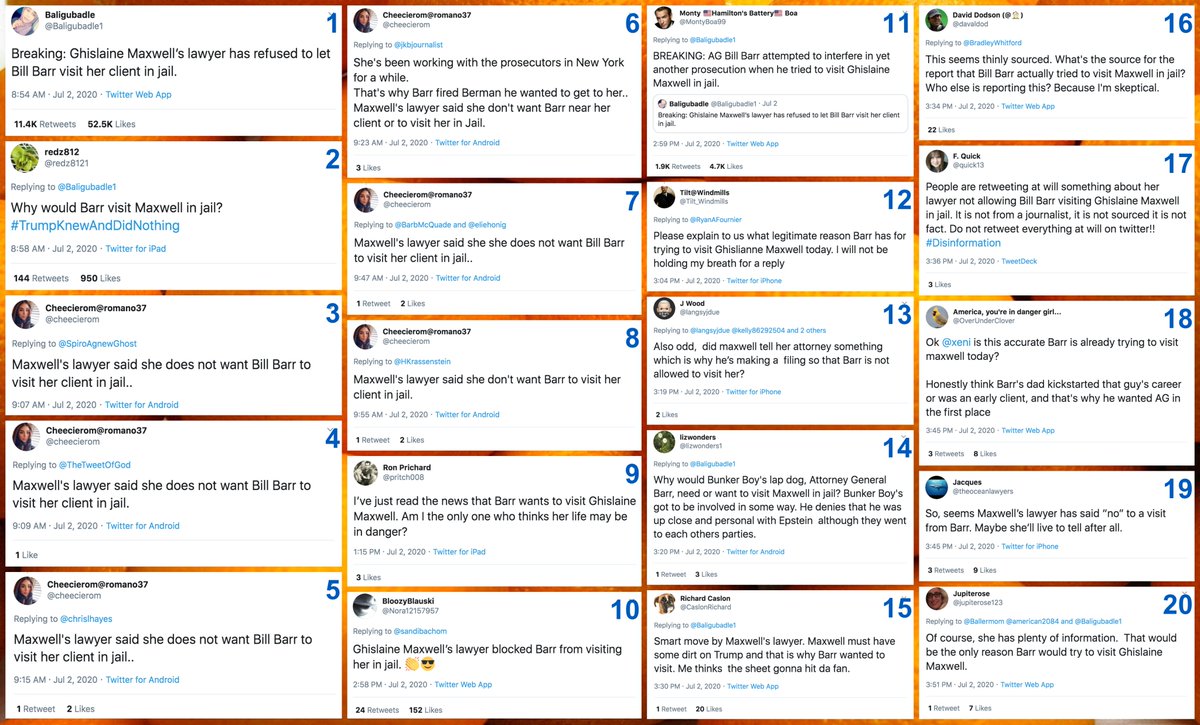 Early participation in unsubstantiated rumors ain't the only odd thing about @cheecierom. Based on Yandex reverse image search results, its profile picture appears to be stolen, likely from posts on Russian social media site VKontakte. 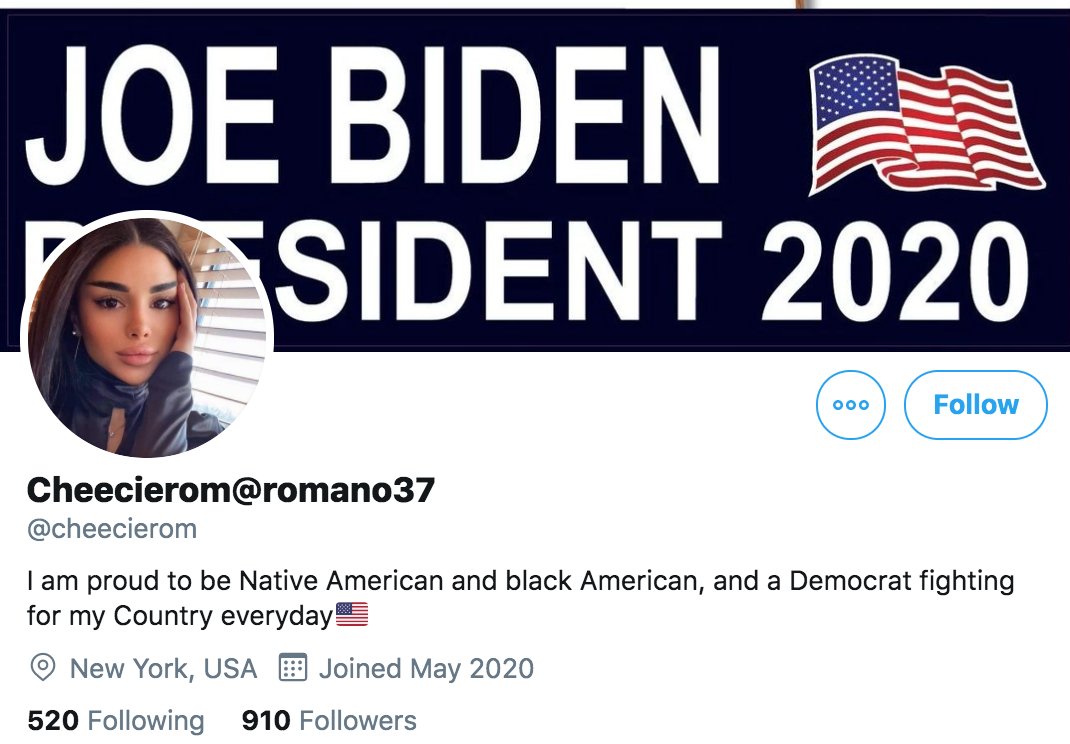 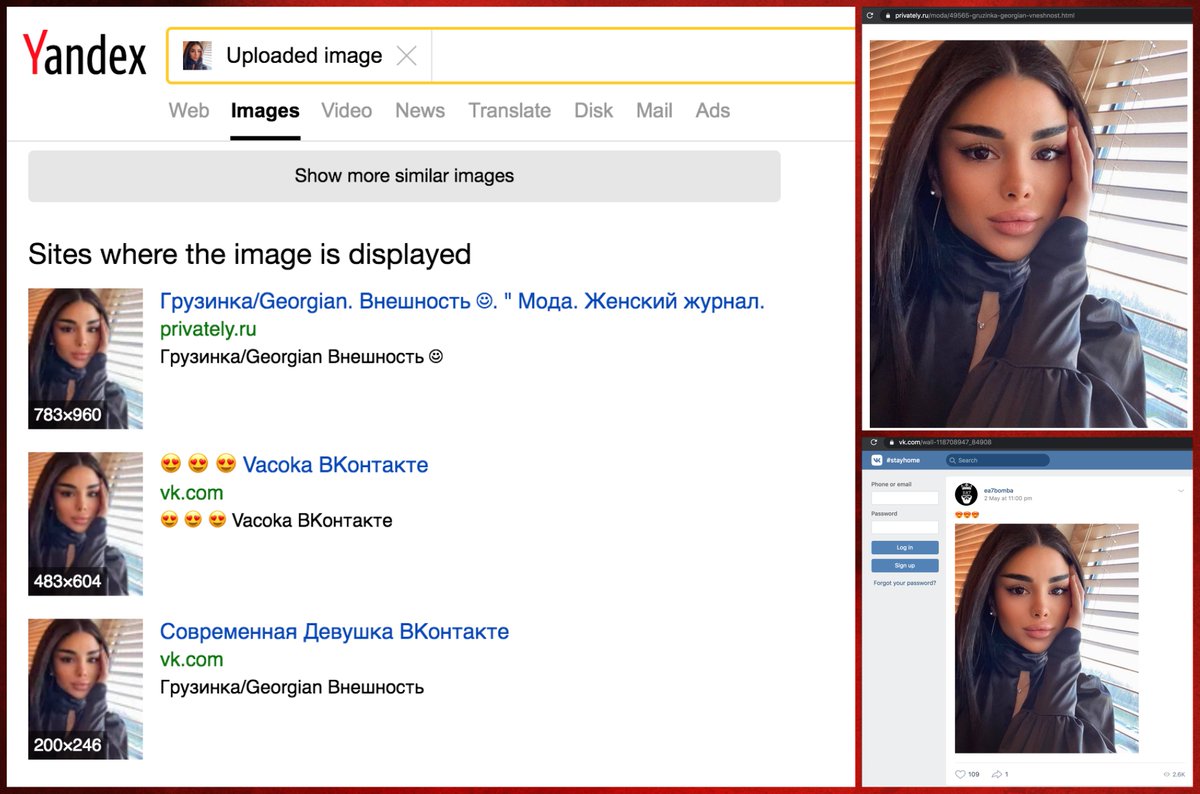 One more question about @cheecierom: is it common for health care workers to use the terms "ICU" and "ER" interchangeably to describe their hospital jobs? 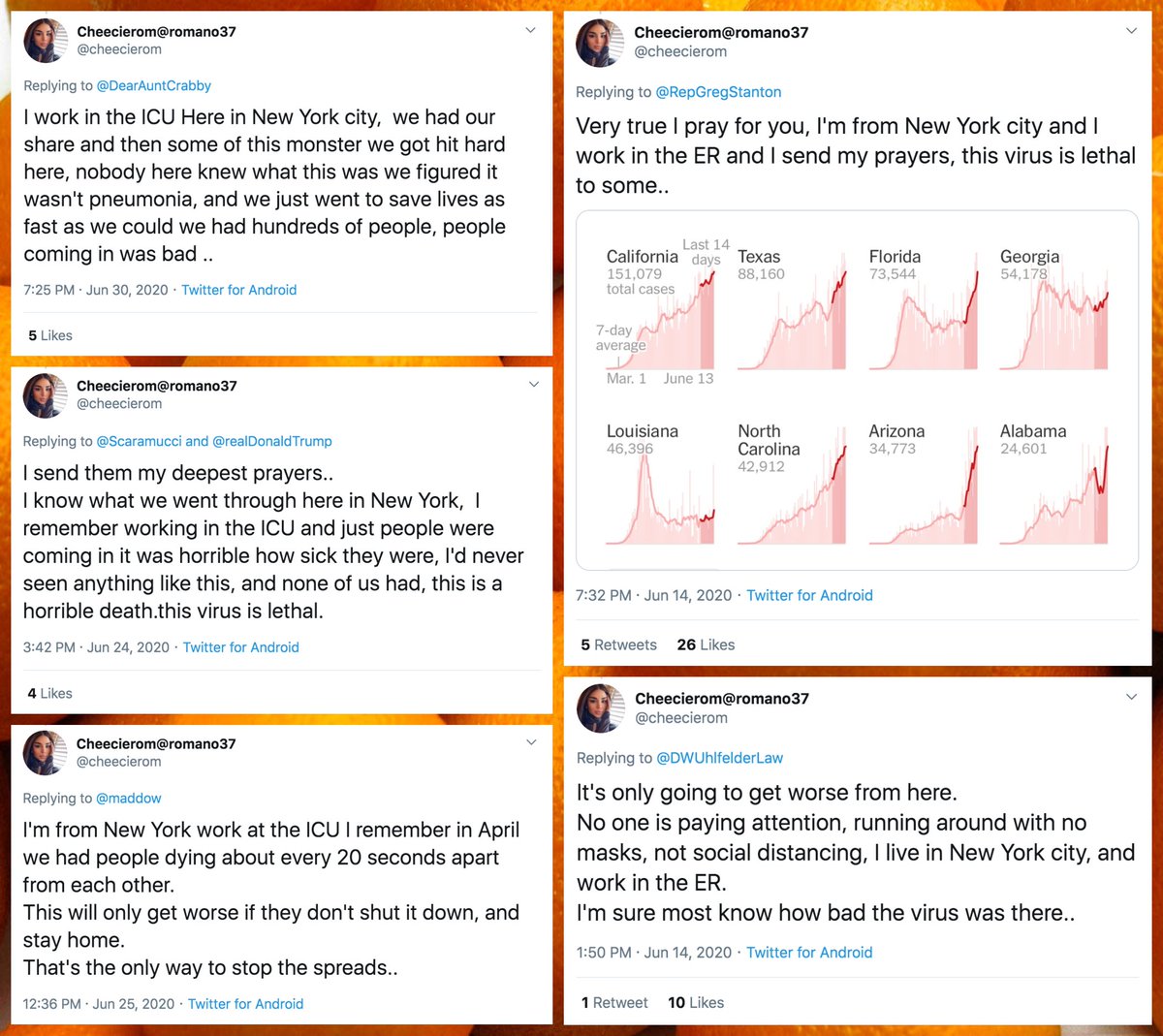 You can follow @conspirator0.
Tip: mention @twtextapp on a Twitter thread with the keyword “unroll” to get a link to it.