Read on Twitter
China began allowing organ removal from executed prisoners in 1984. Over the past 36 years this practice has expanded to the point that the CCP are now running an international industry extracting organs, tissue and collagen from human farms. (Thread) #opDeathEaters 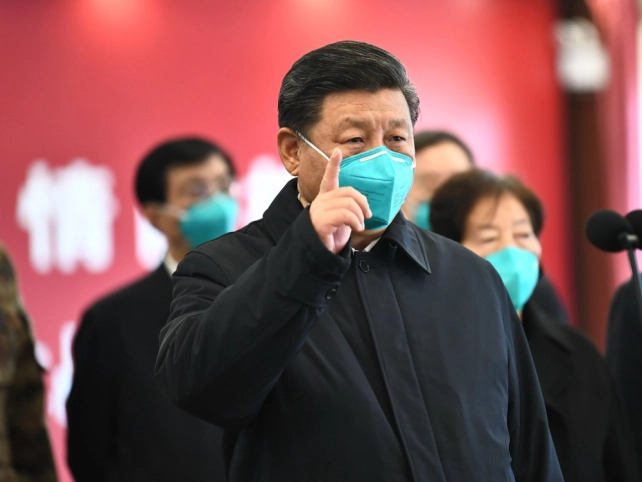 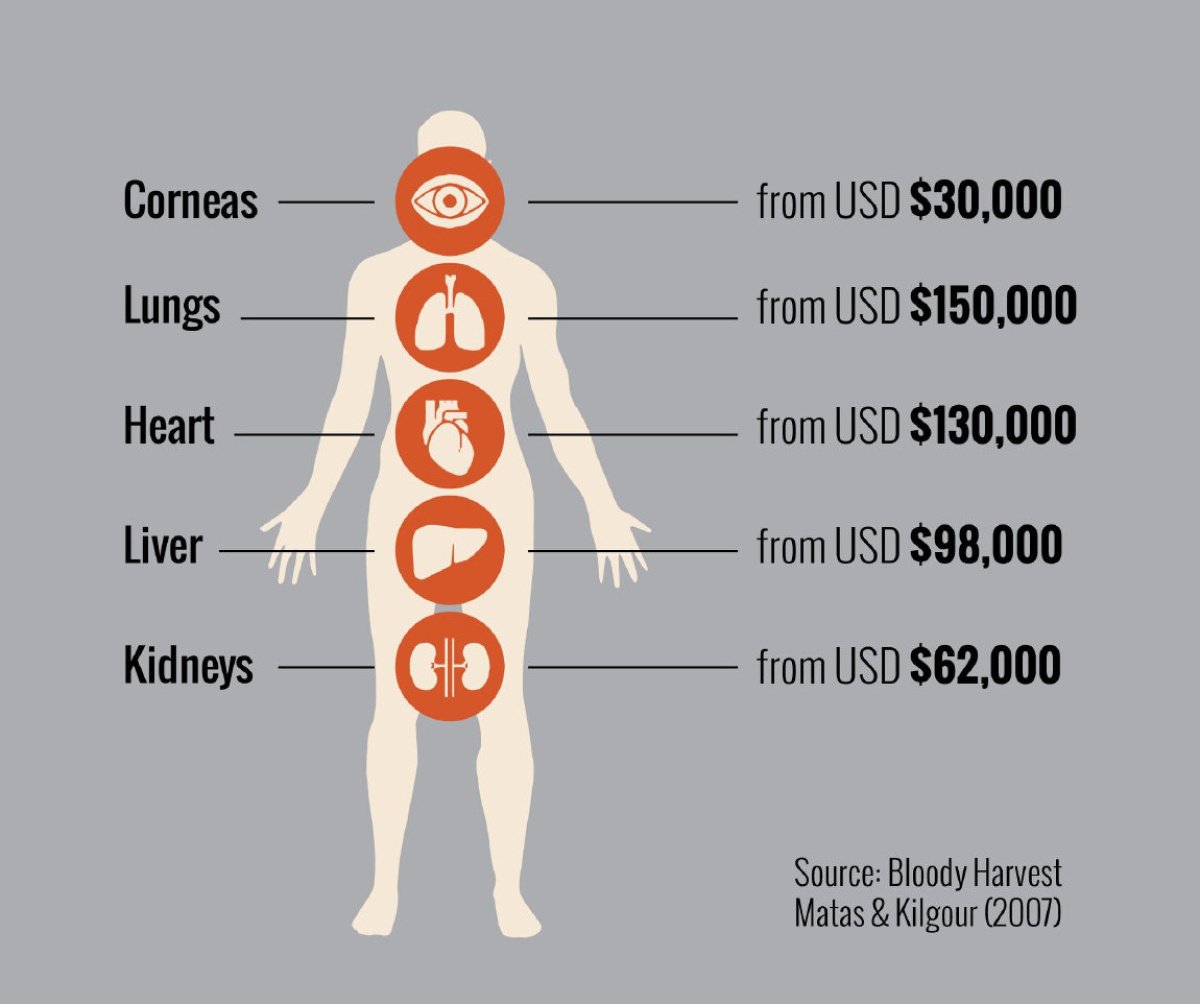 2001: A Chinese dr told US Congress he had harvested organs from executed prisoners and removed skin from a man who had not yet died ... he removed skin and corneas from the bodies of more than 100 executed prisoners in China between 1989 and 1995. ” https://www.nytimes.com/2001/06/29/world/doctor-says-he-took-transplant-organs-from-executed-chinese-prisoners.html
Doctor Says He Took Transplant Organs From Executed Chinese Prisoners

Former Chinese Army doctor tells United States Congressional committee that he had helped harvest organs from executed prisoners and had even removed skin from a man who had not yet died; Wang Guoqi,...

https://www.nytimes.com/2001/06/29/world/doctor-says-he-took-transplant-organs-from-executed-chinese-prisoners.html
2005: "A Chinese cosmetics company is using skin harvested from the corpses of executed convicts to develop beauty products for sale in Europe... China can manufacture the same human collagen for less than 5% of what it costs in the west." https://www.theguardian.com/science/2005/sep/13/medicineandhealth.china

2006 Report – Bloody Harvest
"After months of investigation, throughout 12 provinces in China, we come to the conclusion that these allegations are true."
– Hon David Kilgour, J.D. Former Canadian Secretary of State, Asia-Pacific https://endtransplantabuse.org/2006-report/
2006 Report | The International Coalition to End Transplant Abuse in China https://endtransplantabuse.org/2006-report/
2006:”Mr Li also said he had "quite a few" Falun Gong males under 40 from whom organs could be taken.”
"To us, this is a form of evil we have yet to see on this planet." https://www.theage.com.au/world/falun-gong-organ-claim-supported-20060708-ge2o9o.html
Falun Gong organ claim supported https://www.theage.com.au/world/falun-gong-organ-claim-supported-20060708-ge2o9o.html
2006: China sets up a “medical science and ethics committee” to approve organ donations.
Side note: “Brain death” was a term created in the west to encourage organ donation. “No law or regulation in China currently accepts the concept of brain death." http://www.chinadaily.com.cn/china/2006-05/05/content_582847.htm
2008: Organ harvesting of Falun Gong Practitioners in China: An Update by David Matas https://tbinternet.ohchr.org/Treaties/CAT/Shared%20Documents/CHN/INT_CAT_NGO_CHN_41_8364_E.pdf
2011: Must read by Ethan Gutmann. “when it comes to the first organ harvesting of political prisoners, Xinjiang was ground zero.”
"in a world eager not to offend China, no state wants his confession." https://www.washingtonexaminer.com/weekly-standard/the-xinjiang-procedure
The Xinjiang Procedure

To figure out what is taking place today in a closed society such as northwest China, sometimes you have to go back a decade, sometimes more.

https://www.washingtonexaminer.com/weekly-standard/the-xinjiang-procedure
2011: “contrary to Japan, in China there were no ethical or cultural stoppages for transplant medicine” https://dafoh.org/presentation-of-david-matas-at-the-panel-discussion-in-philadelphia-may-1-2011/ 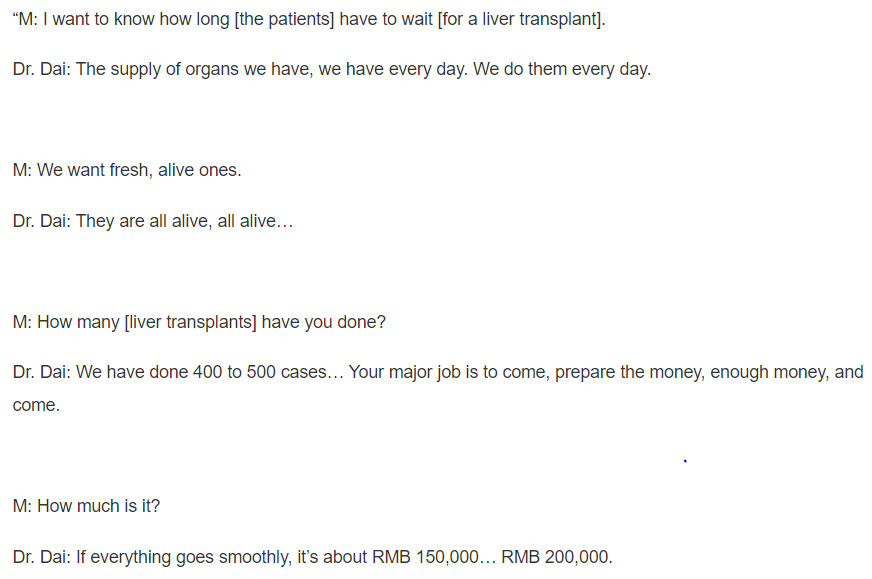 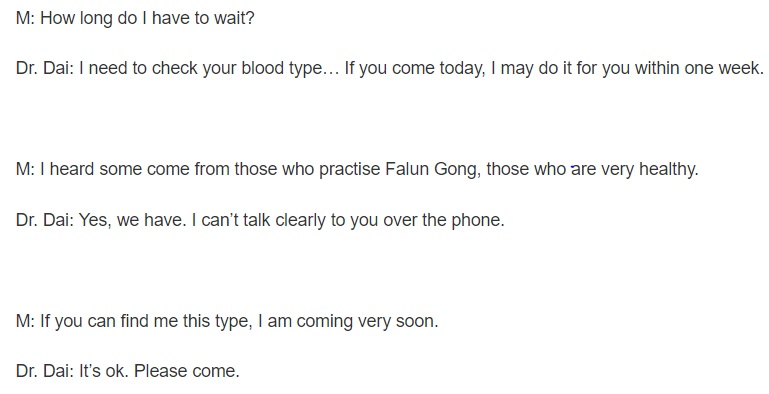 2012: US Congressional Testimony by Ethan Gutmann: No support has come forward in the 6 years since this was reported. https://web.archive.org/web/20120915082736/http://foreignaffairs.house.gov/112/HHRG-112-FA17-WState-GutmannE-20120912.pdf
2012: “we have admissions on tape, transcribed, translated throughout China, about 15 per cent of the calls saying yes we have organs of Falun Gong practitioners for sale.” http://www.abc.net.au/pm/content/2012/s3642188.htm
2012: “presentations about transplantation in China continue to be made at international conferences, and publications about the experience of human transplantation in China appear in peer-reviewed journals ” https://www.jci.org/articles/view/61904
2012: State Organs: Transplant Abuse in China https://www.amazon.ca/State-Organs-Transplant-Abuse-China/dp/192707911X
2014 - The Slaughter: Mass Killings, Organ Harvesting, and China’s Secret Solution to Its Dissident Problem

Like a mystery novel with a devastating denouement Leon Lee’s documentary starts with numbers that don’t add up and divines an unthinkable explanation China had no organ-donation system until 2010...

http://www.peabodyawards.com/award-profile/human-harvest-chinas-illegal-organ-trade
“Criminal prisoners would taunt the [Falun Gong] practitioners: ‘If you don’t do what we say we’ll torture you to death and sell your organs.’ ”

By mid-2000, at least 1 million Falun Gong were imprisoned, many of whom would never see daylight again. https://nypost.com/2014/08/09/chinas-long-history-of-harvesting-organs-from-living-political-prisoners/
China’s long history of harvesting organs from living political foes

Enver Tohti was a surgeon in a hospital in Xinjiang, in the northwestern part of China, when, in June 1995, he was instructed by his superior to prepare for an adventure — surgery in the field. In

https://nypost.com/2014/08/09/chinas-long-history-of-harvesting-organs-from-living-political-prisoners/
Body exhibits: "But Gutmann remains skeptical, and notes that, in addition to creating these exhibits, plastination is used to preserve bodies for use by medical schools. The retail price for a plastinated body from one Chinese retailer? Twenty-one thousand dollars." 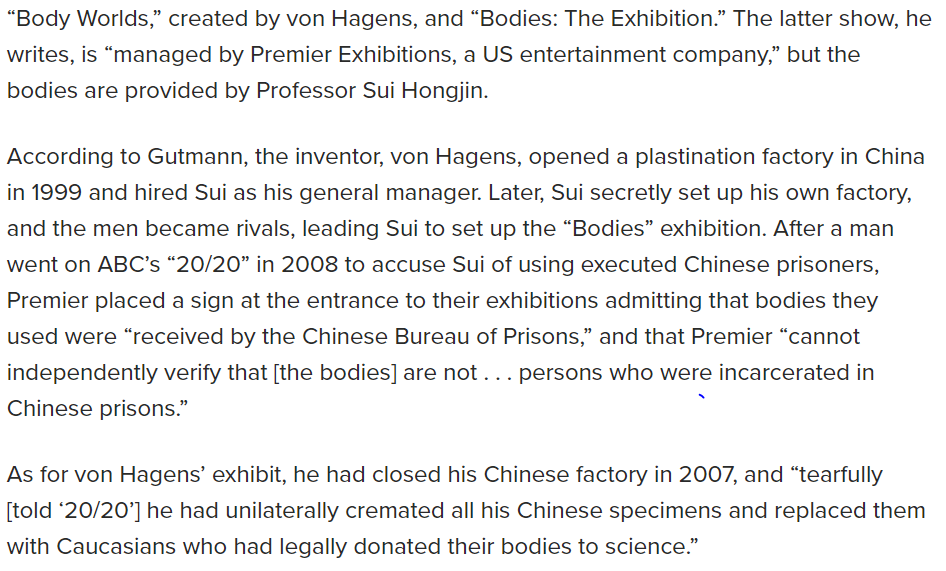 2014 book: The Slaughter: Mass Killings, Organ Harvesting, and China's Secret Solution to Its Dissident Problem https://www.amazon.com/dp/161614940X
2014: Mass murder is alive and well in China. "We want to assure you that all of the organs will come from Falun Gong. These people don’t drink, they don’t smoke. We appreciate your discretion.” https://www.thestar.com/life/2014/10/21/qa_author_and_analyst_ethan_gutmann_discusses_chinas_illegal_organ_trade.html
Q&A: Author and analyst Ethan Gutmann discusses China’s illegal organ trade

New book The Slaughter gives a first-person perspective on the illegal organ harvesting of Chinese dissidents including Falun Gong, Tibetans and Uyghu...

https://www.thestar.com/life/2014/10/21/qa_author_and_analyst_ethan_gutmann_discusses_chinas_illegal_organ_trade.html
2015: "her husband had removed the corneas of 2000 people while they were still alive. Afterwards the bodies were secretly incinerated."
https://www.smh.com.au/world/chinas-gruesome-live-organ-harvest-exposed-in-documentary-20150407-1mgabb.html

David Kilgour, a human-rights activist and former Canadian MP, said. "An industrial-scale crime against humanity is going on in China."

A new report claims that China is still engaged in the widespread and systematic harvesting of organs from prisoners, and says that people whose views conflict with the ruling Chinese Communist Party...

https://www.cnn.com/2016/06/23/asia/china-organ-harvesting/index.html
2018: “the practice of organ harvesting has been used as a method of persecution against Falun Gong members and to maintain the supply of the demand for human organs.”

"A comprehensive and independent investigation is yet to be conducted." https://www.forbes.com/sites/ewelinaochab/2018/10/16/organ-harvesting-in-china-and-the-many-questions/#2a8f8f1f4542

“there are only two places where one can receive the full range of organs from a prisoner of conscience: China and more recently, the territory under the control of the Islamic State, commonly known as ISIS.” 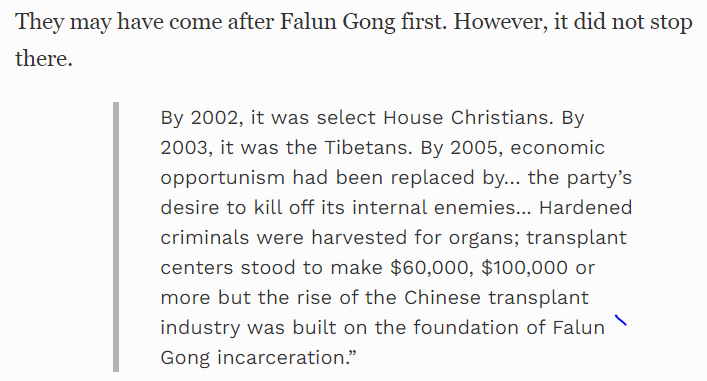 Whether the China Tribunal will help to trigger international action to address the issue of organ harvesting against prisoners of conscience in China, only time will tell. However, it is clear that...

https://www.wsj.com/articles/the-nightmare-of-human-organ-harvesting-in-china-11549411056
2019: China’s organ transplant reform is a lie: "A variety of evidence points to what the authors believe can only be plausibly explained by systematic falsification and manipulation of official organ transplant datasets in China." https://www.ncbi.nlm.nih.gov/pmc/articles/PMC6854896/
Analysis of official deceased organ donation data casts doubt on the credibility of China’s organ...

Since 2010 the People’s Republic of China has been engaged in an effort to reform its system of organ transplantation by developing a voluntary organ donation and allocation infrastructure. This has...

https://www.ncbi.nlm.nih.gov/pmc/articles/PMC6854896/
2019: “There is no evidence of the practice having been stopped.” https://www.theguardian.com/world/2019/jun/17/china-is-harvesting-organs-from-detainees-uk-tribunal-concludes
“crimes against humanity, as defined in Article 7 of the Rome Statute, have been committed.” https://www.forbes.com/sites/ewelinaochab/2019/06/17/the-china-tribunal-pronounced-its-verdict-on-organ-harvesting-in-china/#dc2e112eeb04
In Chinese: https://chinatribunal.com/wp-content/uploads/2019/07/SHORT-FORM-of-THE-CHINA-TRIBUNAL-JUDGEMENT-Chinese.pdf
China is harvesting organs from detainees, tribunal concludes

https://www.taiwannews.com.tw/en/news/3862578
There is no plausible grounds for doubt that China is running a massive industry of human farms and has been, in full view of the world, for decades. Not only is the rest of the world not objecting, an increasing number of regions have joined the trade. 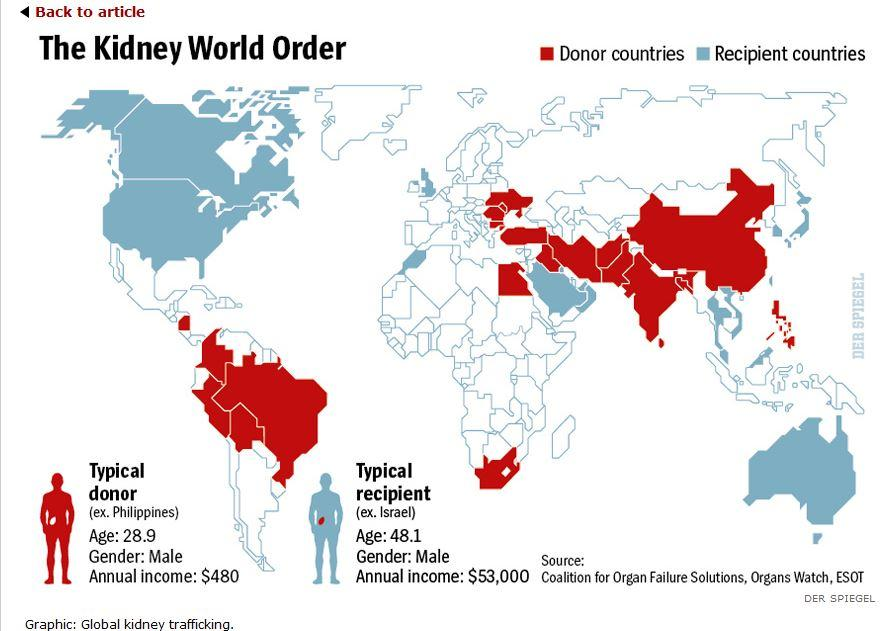 With China's increasing aggression towards its neighbours, its supply of political prisoners to feed the international body part industry is continually expanding. 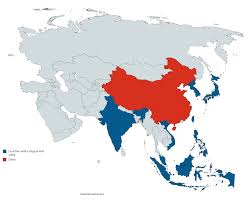