Thanks for the subtweet, I guess.

So here’s a thread about some of the actions of Kinsella and his “Daisy Group” over the past while. 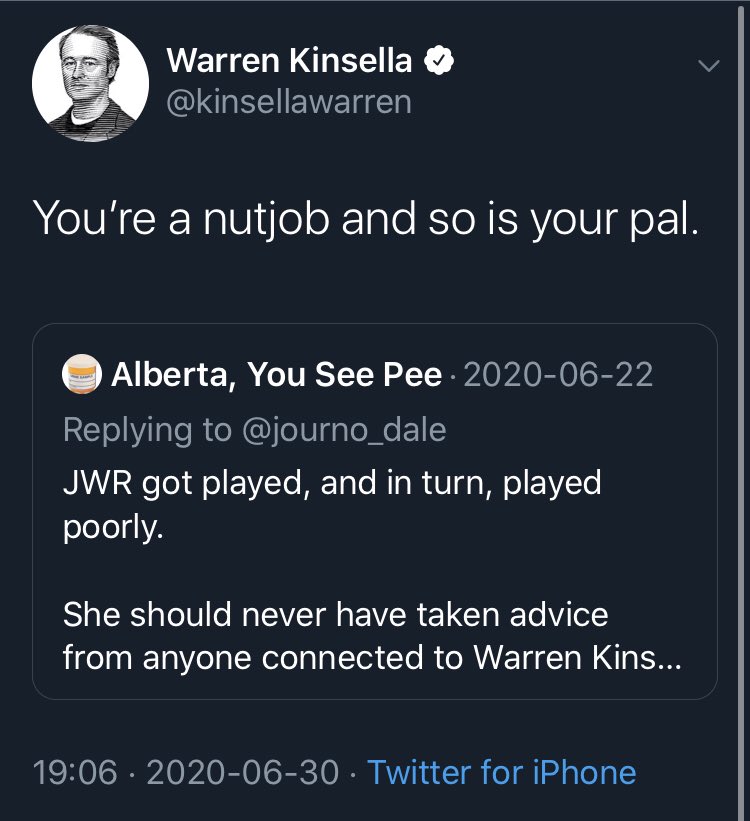 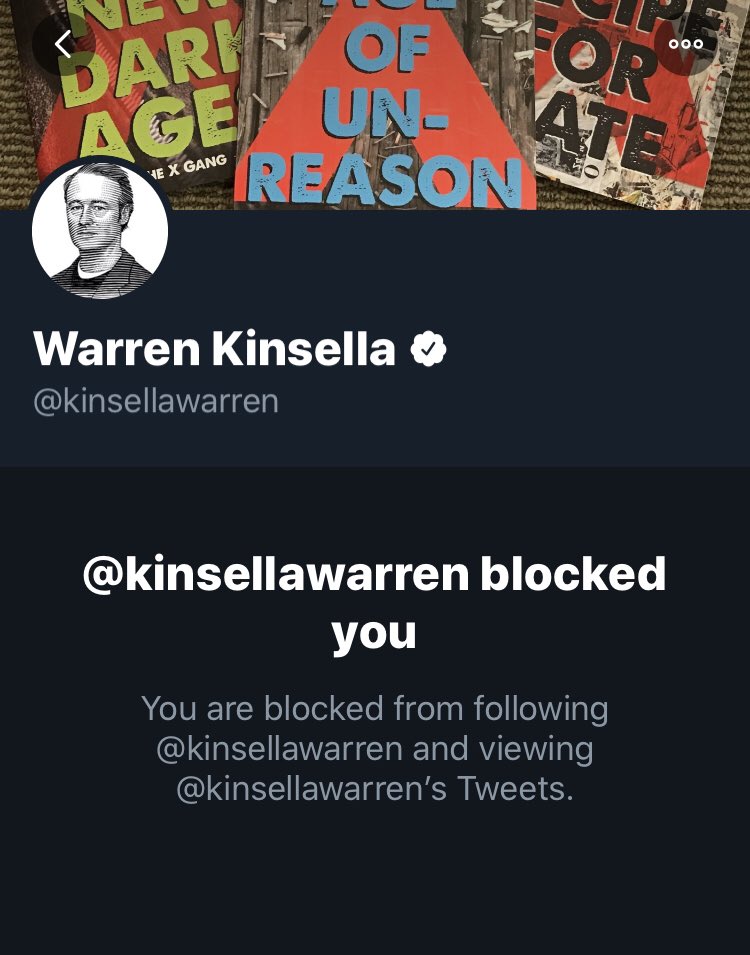 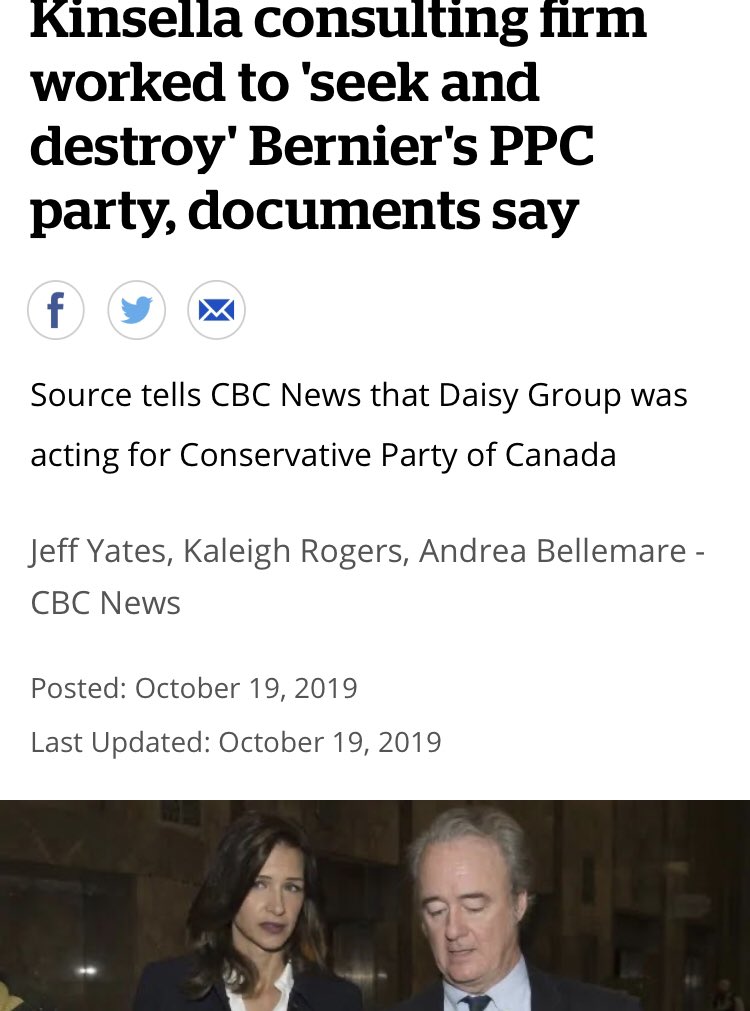 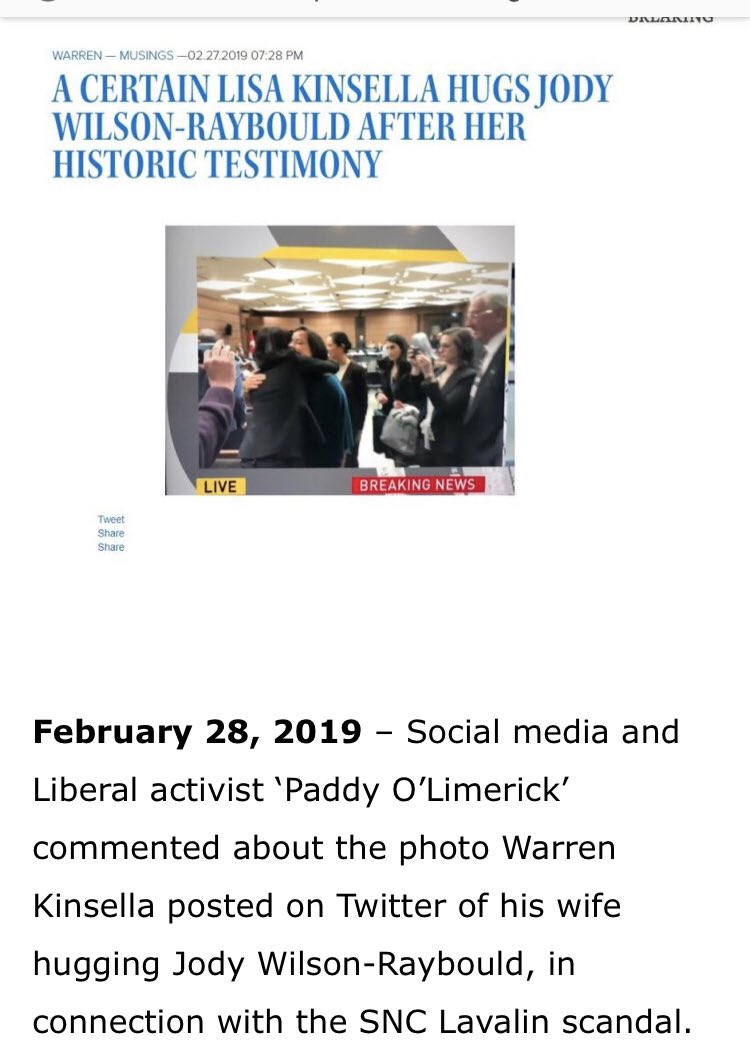 For starters, here's the tweet that he blocked me over.

I referenced his company's meetings with Jody Wilson-Raybould prior to her turning on her own party.

Notice that in his tweet he didn't refute this?
He just attacked and blocked.

The link I'm referencing is an excellent bit of research by Amy MacPherson.

I've never met Ms. MacPherson, but Kinsella thinks we might be pals, so hi @MsAmyMacPherson! I'm a fan.

Everything I've ever seen by her has been top quality! https://freethepresscanada.org/2019/04/08/political-warfare-the-truth-behind-axing-jody-wilson-raybould/
Political Warfare: The Truth Behind Axing Jody Wilson-Raybould

It appears that everyone got played, from the Canadian media to the Liberal Party and Jody Wilson-Raybould. + + )   continues below…   February 28, 2019 – Social media and Liberal a…

https://archive.is/3fS1i#selection-3335.0-3341.12
For me, this all happened shortly after I joined twitter. I had just discovered her and suddenly she was gone.

Many who I followed had put a

in their name as a sign of respect. I didn't know why.

Here's a screen shot of Kinsella's threat against Paddy O'Limerick. 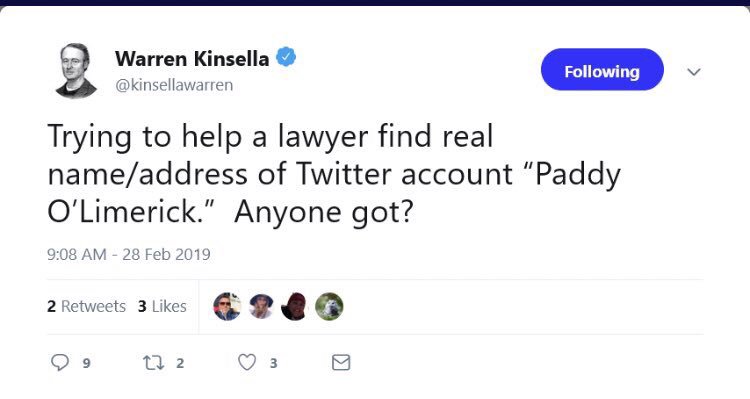 Why was Kinsella being so protective?

He had a reason. 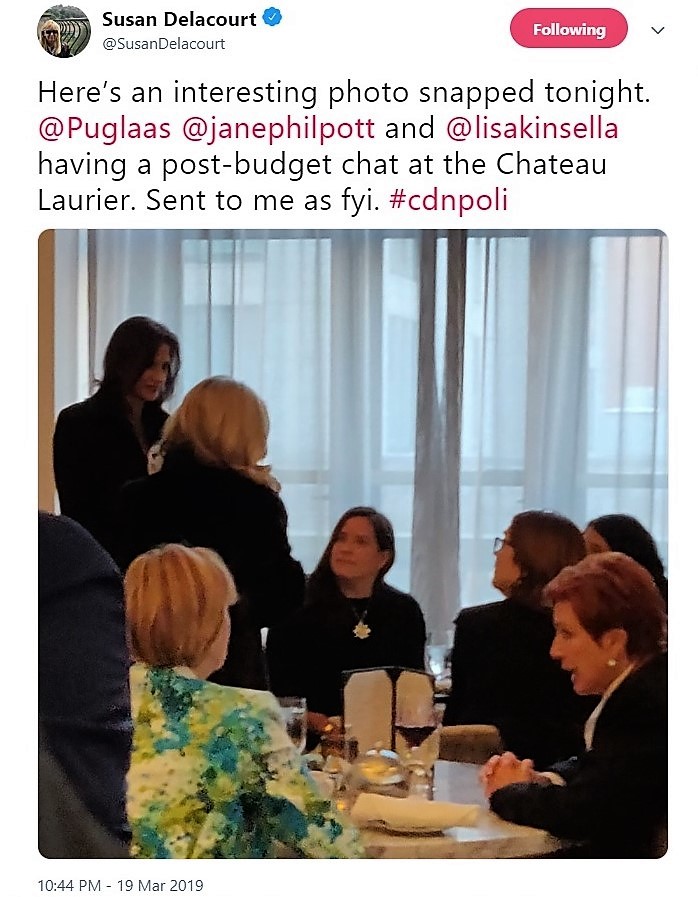 Bear in mind when all this was happening: in the lead up to the 2019 federal election.

At the time, I was much more focused on things in #Alberta. Most of what I know of "Project Cactus" comes from news articles. https://www.cbc.ca/news/politics/project-cactus-maxime-bernier-1.5327555
Kinsella consulting firm worked to 'seek and destroy' Bernier's PPC party, documents say | CBC News

Warren Kinsella’s Daisy Group consulting firm was behind a social media campaign to put the People’s Party of Canada on the defensive and keep leader Maxime Bernier out of the federal leaders’...

https://www.cbc.ca/news/politics/project-cactus-maxime-bernier-1.5327555
. @kinsellawarren was hired as a political hitman by @CPC_HQ

It was all over the news.

It's underhanded deeds like this that make Conservatives so unpopular with anyone who has a conscience.

Reports broke that strategist Warren Kinsella and his firm Daisy Group were hired to ``seek and destroy'' Maxime Bernier's party and portray its supporters as racist.

https://globalnews.ca/news/6054812/scheer-warren-kinsella-bernier-firm-destroy/
After the election there were still leaks of proof "Project Cactus," the campaign against Bernier and the PPC was run by Kinsella's political consulting firm, Daisy Group.

Audio recordings shared with CBC News reveal political strategist Warren Kinsella told employees working on a campaign against the People's Party of Canada to let "the hatred you have for Maxime...

https://www.cbc.ca/news/politics/project-cactus-kinsella-daisy-ppc-bernier-1.5372715
The next day, it came out that @kinsellawarren was suing HIS OWN EMPLOYEE for $1 MILLION!

They settled, I guess.

Daisy Group, the consulting firm run by political strategist Warren Kinsella, has reached a settlement with a former employee it was suing for $1 million.

https://www.cbc.ca/news/politics/warren-kinsella-daisy-bernier-conservative-party-scheer-1.5375701?__vfz=medium%3Dsharebar
Months later it turned out that Kinsella violate election laws over his Project Cactus attacks on Maxime Bernier.

To me, this says something about our election laws.

The Globe and Mail reported in October that the Conservative Party hired Kinsella’s firm for an assignment called ‘Project Cactus’ that aimed to tarnish the reputation of Maxime Bernier and the...

https://www.theglobeandmail.com/politics/article-investigation-concludes-warren-kinsellas-daisy-group-did-not-break/
Project Cactus wasn't the only project Daisy Group was involved in.

@kinsellawarren was also offering training to autism groups, then threatened suit after they questioned possible ties to Ford government?

https://www.theglobeandmail.com/politics/article-kinsella-firm-provided-free-training-to-autism-group-threatened-suit/
. @MikePMoffatt wrote about this a bit in a medium post.

Mr. Moffatt has first hand experience and knows what he's talking about, so if the state of autism supports in Canada/Ontario is of interest, I'd point you to his article.

https://medium.com/@MikePMoffatt/daisy-warren-kinsella-the-conservatives-and-the-autism-fight-d83c30cb0d22
No I guess being an all-round terrible person with dirty dealings with corrupt political parties can take it's toll.

I guess it took it's toll on Kinsella's marriage?

He sort-of blamed the end of his on the PMO.

If you want to link this thread in a reply to Kinsella, go right ahead. I wouldn't have made it if he hadn't reached out.

Again, I'll point out the excellent work done at FreeThePressCanada.

It appears that everyone got played, from the Canadian media to the Liberal Party and Jody Wilson-Raybould. + + )   continues below…   February 28, 2019 – Social media and Liberal a…

https://freethepresscanada.org/2019/04/08/political-warfare-the-truth-behind-axing-jody-wilson-raybould/
You can follow @youseepeeYYC.
Tip: mention @twtextapp on a Twitter thread with the keyword “unroll” to get a link to it.