Read on Twitter
The provincial administration was for decades, the long arm of the govt.

Provincial Commissioners, District Commissioners and District Officers were little tin gods that lorded over the masses with some ascending to great power and untold riches.
1/
--a history thread-- 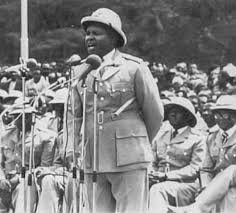 2/
Some of the PCs, DCs and DOs that bestrode the land dressed in their khaki uniforms and pith helmets, were trained by T.J.F. Gavaghan...

https://nation.co.ke/lifestyle/1950774-7778-2jlhtq/index.html
3/
Along with J Cowan, commissioner of prisons, Gavaghan, who was DO in charge of Rehabilitation at Mwea camp, perpetrated so much brutality that he was moved and placed in charge of training the colonial administration in 1961. 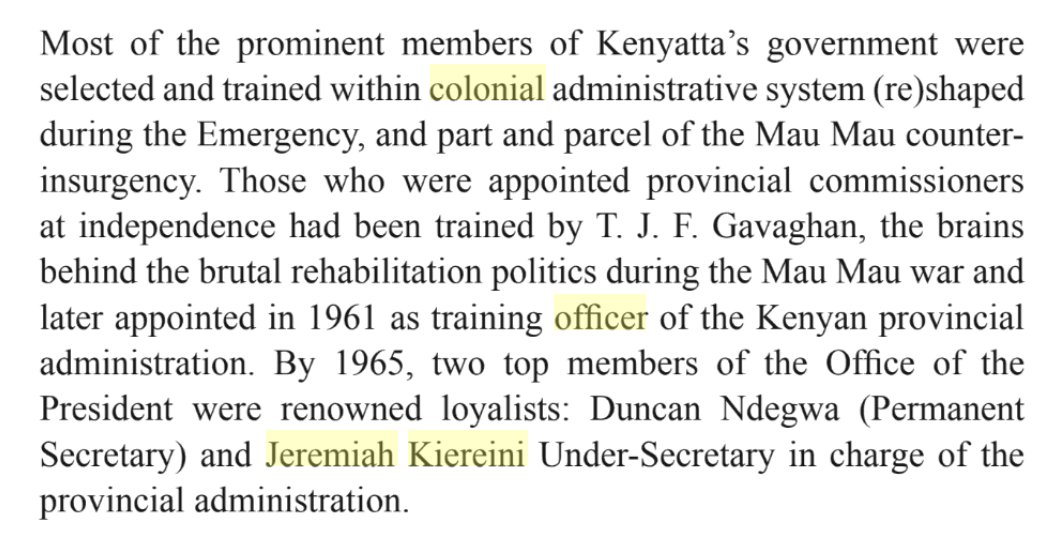 4/
It was no coincidence, then, that at independence, the Under-secretary in charge of Provincial Administration was Jeremiah Kiereini. 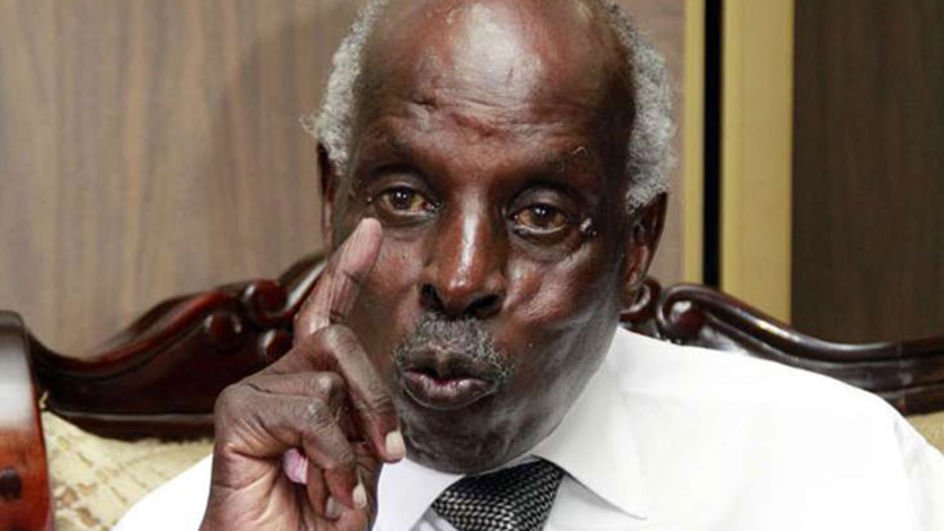 5/
The Moi and Kenyatta regimes used the provincial administration to great effect, with Moi deploying them as returning officers at election time.

Voice of Kenya was even at times derisively referred to as the Voice of Provincial Commissioners (Hornsby) https://www.newvision.co.ug/news/1285640/moi-reaping-fruits-sweat
Moi is reaping the fruits of his sweat!

FORMER President Daniel arap Moi is engaged in a war of words with Mwai Kibaki. The beef is on the impending referendum which Moi is opposed to. Apparently Moi is...

https://www.newvision.co.ug/news/1285640/moi-reaping-fruits-sweat
6/
One of the more sinister of the lot was Hezekiah 'Kalam Maduong' Oyugi, PC of Nyanza and later PS for internal security in the Moi government.

British detective Troon alleged that Oyugi was murdered in a London hospital in 1992 to silence him. https://www.telegraph.co.uk/expat/expatfeedback/4195377/Kenyan-agent-tried-to-kill-British-detective.html
Kenyan agent 'tried to kill British detective'

The Kenyan government organised an assassination attempt in London against a senior Scotland Yard detective, according to evidence presented to a Kenyan parliamentary inquiry.

https://www.telegraph.co.uk/expat/expatfeedback/4195377/Kenyan-agent-tried-to-kill-British-detective.html
7/
Believed to have masterminded Robert Ouko's gruesome murder, Oyugi was rumoured to have seen a vision where a goat warned him of an impending famine.

He alerted Moi who took action thereby averting disaster and endearing Oyugi to the president. https://www.sde.co.ke/thenairobian/article/2000193773/hezekiah-oyugi-was-the-mastermind-of-ouko-s-death-john-troon
Hezekiah Oyugi was the mastermind of Ouko’s death - John Troon

The gruesome murder of Kenya’s Foreign Affairs Minister, Dr Robert Ouko, was handled by the government of the day like a scene from a popular television crime series.

https://www.sde.co.ke/thenairobian/article/2000193773/hezekiah-oyugi-was-the-mastermind-of-ouko-s-death-john-troon
8/
Eliud Mahihu, a Kenyatta-era Coast PC gained notoriety early for overflying the forests during the emergency and announcing that the struggle was over in order to lure out freedom fighters.

9/
After 1963, he oversaw the allocation of beach plots when he was PC Coast Province and a close friend of Jomo Kenyatta.

Uhuru succeeded him as chairman of Kenya Tourism Board in 1999. https://www.businessdailyafrica.com/corporate/539550-685660-6iuxpfz/index.html
How Mahihu got Kenyatta to sign away beach plots

By the time he died in 1978, Jomo Kenyatta owned several beach properties.

https://www.businessdailyafrica.com/corporate/539550-685660-6iuxpfz/index.html
10/
Another graduate of the Gavaghan School of Leadership was Isaiah Mathenge, DC Homa Bay, PC Rift Valley and later MP in the Moi era.

As head of Kandongu detention camp, Mathenge was brutal to detainees. 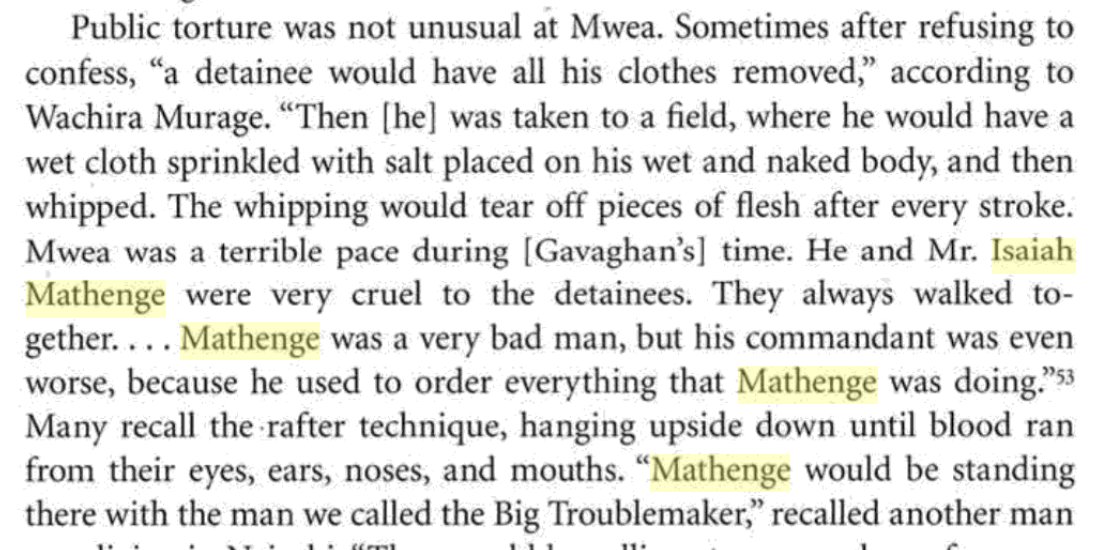 11/
After independence and as a PC, Mathenge was said to have been the largest landowner in Nyeri County.

On his days as head of Kandongu Detention Camp - https://www.standardmedia.co.ke/article/1144013139/of-mathenge-and-traitors-who-became-heroes 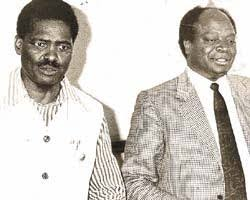 "Mbugua who was then the Nakuru DC, he alleges, signed allotment cards while Chelanga issued the allotment letters."

As political temperature rises over the Mau settlement, focus turns to powerful people in Government who facilitated the excision and plunder of the forest.

One of John Godhard Mburu's widows, Carmelina, has joined the Karen land saga 33 years after his death.

https://www.businessdailyafrica.com/The-return-of-John-Mburu--the-ex-Western-PC-/539444-2521416-1kwet5z/index.html
15/
Mohamed Yusuf Haji, Garissa Senator and current chair of the BBI Team was a PC from 1970-1997. He headed up Rift Valley in the Moi govt. He is also the father to DPP Noordin Haji. https://www.businessdailyafrica.com/lifestyle/profiles/Yusuf-Haji--a-strategist-in-resolution-of-crisis/4258438-5366200-tqidn0z/index.html
Yusuf Haji: a strategist in resolution of crisis

Career administrator Mohamed Yusuf Haji is a man so well-versed in government and political affairs.

https://www.businessdailyafrica.com/lifestyle/profiles/Yusuf-Haji--a-strategist-in-resolution-of-crisis/4258438-5366200-tqidn0z/index.html
16/
Haji is mentioned in the Akiwumi Report on the Inquiry into Tribal Clashes

17/
Zachary Ogongo, who died in 2015, served as Rift Valley PC during the infamous land clashes in the 1990s and was also Moi’s point man in Central Province at the height of agitation for multiparty politics.

He was one of the better ones. https://www.businessdailyafrica.com/Zachary-Ogongo--PC-whose-soft-skills-impressed-Moi-/539444-2590590-sxjkm9/index.html
Ogongo: PC whose soft skills impressed Moi

Zachary Ogongo inspired sobriety and arbitration during his long service as an administrator even as he rose through the ranks from a District Officer to Provincial Commissioner.

https://www.businessdailyafrica.com/Zachary-Ogongo--PC-whose-soft-skills-impressed-Moi-/539444-2590590-sxjkm9/index.html
18/
Once christened Kenya's Loose Cannon by the BBC, Simeon Nyachae, son of Senior Chief Musa Nyandusi, was a DO in the colonial government, a PC in the Kenyatta govt, Chief Secretary under Moi and Minister for Energy, then Roads, under Kibaki.

http://news.bbc.co.uk/2/hi/africa/2404329.stm
19/
Zakayo Cheruiyot was a DO, then Deputy PC for the Rift Valley Province before becoming PS for Internal Security under President Moi.

He was once accused by the US of using govt machinery to protect recently captured genocidaire, Felicien Kabuga. https://www.thetimes.co.uk/article/rwandan-terror-paymaster-under-protection-of-moi-aide-ktfnrg3ftr9
Rwandan terror paymaster under protection of Moi aide

While international investigators have spent years trying to track him down, the wanted man has used his personal fortune to buy protection from a corrupt official in the office of the Kenyan 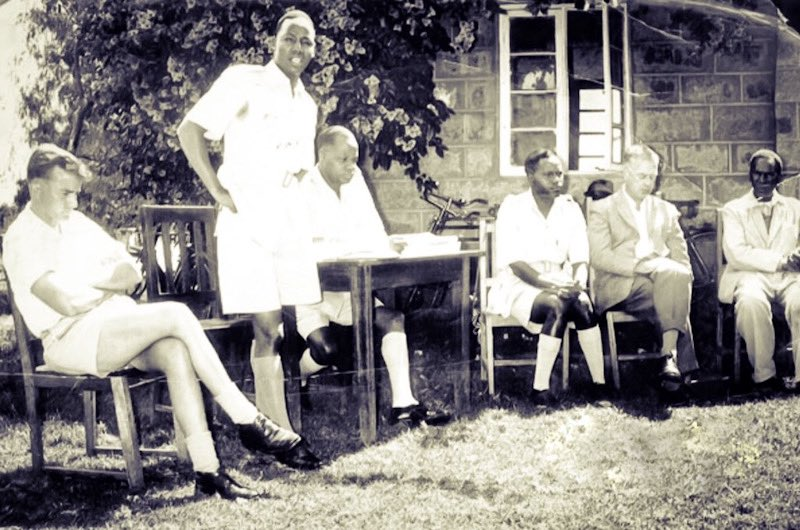 21/
Senior Chief Koinange's son, Charles Karuga Koinange was Chief of Kiambaa in 1951, before rising to DC and later PC in Central and Eastern provinces.

https://mobile.nation.co.ke/news/Ex-PC-kin-battle-for-Sh5bn-estate/1950946-2585192-format-xhtml-56d6hvz/index.html
22/
Fred Waiganjo, long time Nairobi PC under president Moi was the son of Waiganjo wa Ndotono, a colonial-era tribal headman who was deported alongside Harry Thuku in 1922. 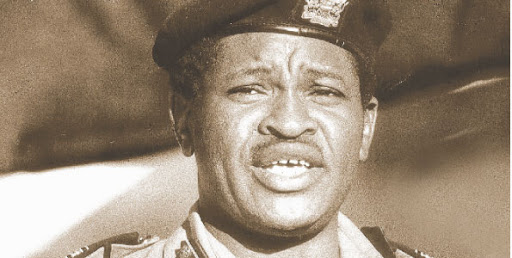 23/
Wa Ndotono, Waiganjo's dad, had in 1947 helped raise funding for Dr Gikonyo Kiano to study in Philadelphia, US in 1947 Alongside Jesse Kariuki and James Beauttah of the Kikuyu Central Association 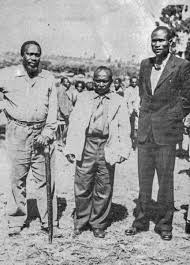 24/
Benson Kaaria was PC of North Eastern Province when the Wagalla and the forgotten Bulla Karatasi massacres took place in the 1980s.

25/
Other notable PCs include:

Biwott served as a DO in Nkubu, Meru District from 1964 to 1965, before returning to the University of Melbourne in 1966

He was Moi's aide and right hand man, and feared by all and sundry... https://www.nation.co.ke/kenya/news/politics/how-nicholas-biwott-helped-moi-to-end-kenyatta-elite-s-grip-on-power--426070
How Nicholas Biwott helped Moi to end Kenyatta elite's grip on power

https://www.nation.co.ke/kenya/news/politics/how-nicholas-biwott-helped-moi-to-end-kenyatta-elite-s-grip-on-power--426070
You can follow @surambaya.
Tip: mention @twtextapp on a Twitter thread with the keyword “unroll” to get a link to it.