Read on Twitter
In 2013 during the course of a project I had the opportunity to work alongside a Scandinavian couple who had enjoyed their 3 year stint in India & had taken every opportunity to travel at length the country before returning home.
One day, as they were about to leave my office he turned to me & said:

~I have to ask you this ! Because I can no longer hold back the question.
How does a country of a billion people with a democratic tradition accept Sonia Gandhi, a foreigner, as the Super PM ?~
~I’m absolutely flabbergasted that Indians think they live in a democracy seemingly oblivious of the unconstitutionality of this person taking all major decisions. Worse than a dictatorship where at least the dictator pretends he has the mandate of the people~
~And you all just ignore or laugh off all these mind boggling zeros in scams.…!

In fact when I go to our Embassy parties I never hear these Indians even mildly critical of the Govt. I understand that they won’t do it in front of us but on the contrary, most are proud,
yes proud of connections, contacts, ways into this unashamedly corrupt Govt, of Cabinet Ministers by name. They are in fact certain that this Govt will return to office next year ~
When Narendra Modi’s candidature for election 2014 was declared he had opined -

~From what we know of CM Modi, most of us in the Embassy & my company believe he’d do a good job as PM but I’m worried about this Hindu stuff … By the way, are you … erm… a Hindu ?~
~Yes I am~ I had responded probably for the first time in my many decades.But then, no one had ever asked me the question so directly before & neither did I ever have an occasion to declare it.
Till then, quite frankly, my identity had been of an Indian.
All else came second.
I had instead countered -
~Does the Christian stuff worry you in Europe or the US ?
Then why does the Hindu stuff worry you in a country of a near billion Hindus ?~

Frankly, I’d surprised myself with the question :-)
This incidentally, was a man who didn’t hide the fact that he was delighted that Mizoram was predominantly Christian & was disappointed that Goa was not.

It was from him that I heard for the first time that Rahul Gandhi was sending feelers to various groups in his country
& how those people would ask their Embassy here, what exactly was his locus standi in India.

It was also from him I heard that Sonia Gandhi met foreign Heads of States as the de facto Indian PM.

The point of this thread is :

Why didn’t our media show us pictures of these meetings ?
Why were we kept in the dark ?
The same ‘world’ that all these people are so worried about was already talking

Whereas here the whispers, gossip, innuendo was only confirmed
with Sanjay Baru’s Accidental Prime Minister & that too only after NDA came to power.

For 10 long yrs we were like sheep, complaining, whining, getting on with life while they sold the country down the river.
Why didn’t we know of the MoU signed between the Congress & the CPC ?
Why wasn’t it discussed threadbare on TV channels ?

Does the Congress consider itself a State within a State & deems fit to sign an Memorandum of Understanding with a Communist Party of a foreign country ?

And what exactly is this understanding ?
Where do the Communist parties of various hues in India stand in this entirely new to us ‘relationship’ ?

Does anyone of them even believe that India comes first or is it last in the pecking order of loyalty & allegiance ?
Unless we demand questions & get answers we will remain a country where the top echelons, perhaps not in power today but tomorrow will be On Sale as Russian spymaster Mitrokhin once said about India. 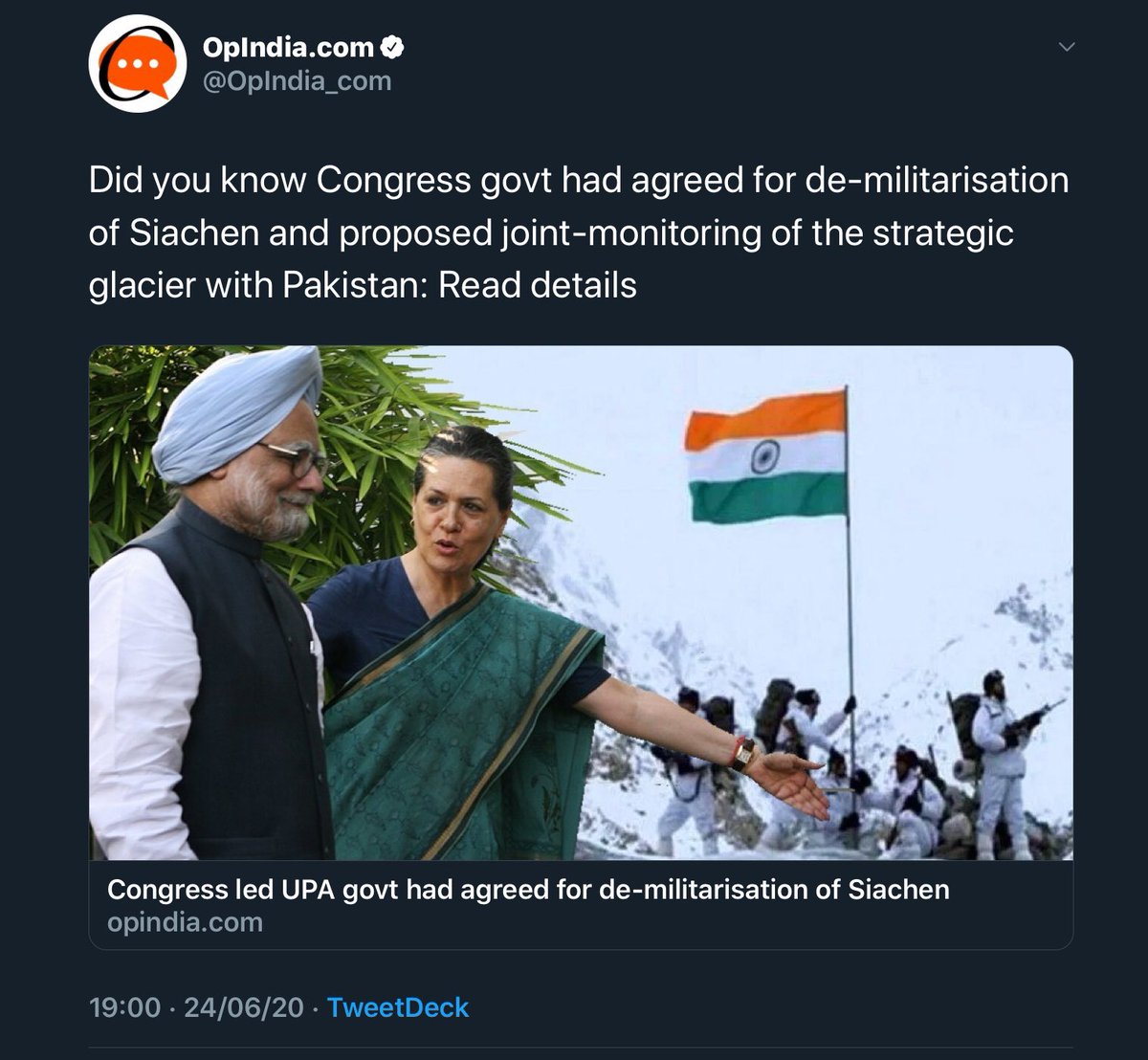 And those of you filled with hate & anger, unaccustomed to integrity, who outrage everyday on something or the other since 2014, remember -
We know you.
We recognise.
We will call out your treachery & worse your connivance that allowed the loot of this land,
each time & every time compelling those in positions of authority to take cognisance.
No matter how frustrating, how exhausting we will call you out till there will be no place to hide.
It is now a matter of life & death for us, the future we leave for our children.

Just as those soldiers who fought with their bare hands in Galwan Valley - it is now a personal matter of National & Civilisational beliefs.
You can follow @NAN_DINI_.
Tip: mention @twtextapp on a Twitter thread with the keyword “unroll” to get a link to it.