Read on Twitter
Students of #Hungary's University of Theatre and Film Arts are sounding the alarm as well. Replicating a now-familiar Orbán-era strategy, it is set to be privatized so it can then be controlled by a government-friendly foundation:

https://szabad.ahang.hu/petitions/szabad-egyetemet-peticio-a-szinhaz-es-filmmuveszeti-egyetem-kivereztetese-ellen
Students and sympathizers thronged #Budapest's narrow Vas Street during a protest against the attack on the University of Theatre and Film Arts — photo album by Gabriella Csoszó: 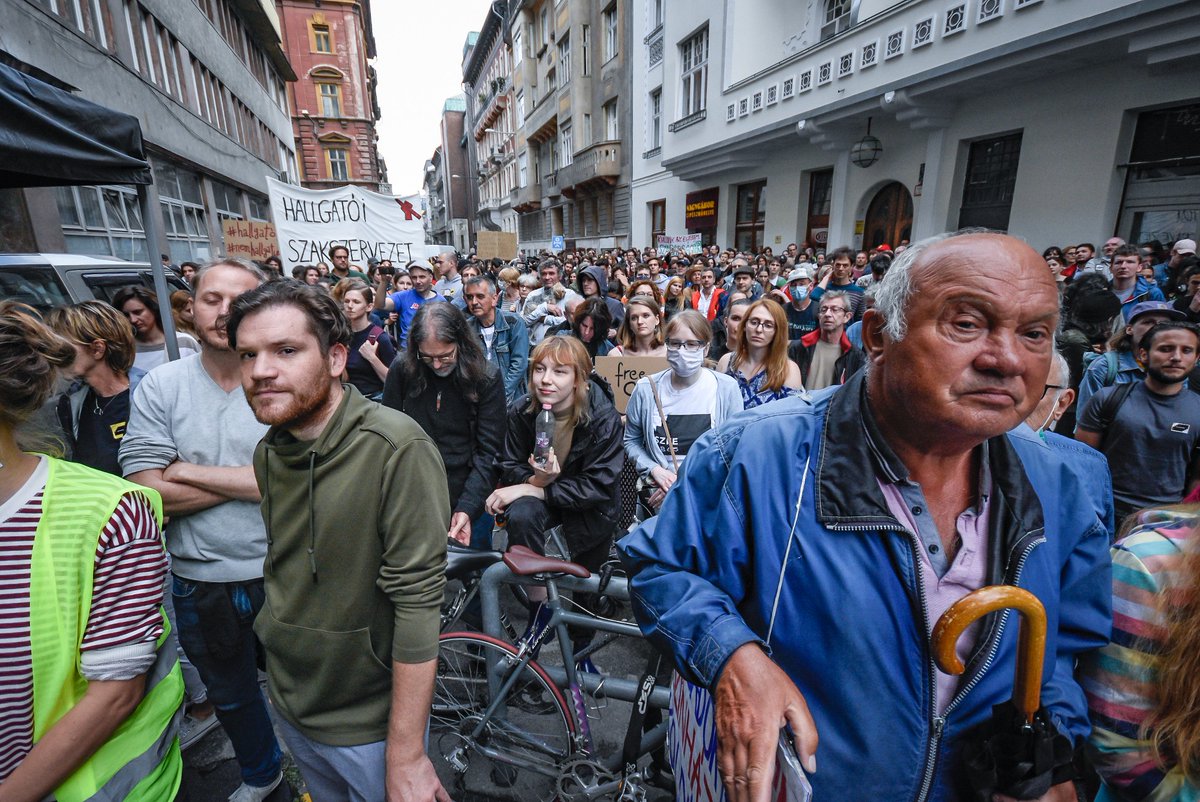 Students, teachers and sympathizers opposed plans to bring the University of Theatre and Film Arts under the control of a foundation led by government appointees. This and more stories from the week.

https://insighthungary.444.hu/2020/06/25/fearing-for-its-autonomy-university-holds-protest-against-privatization-plan
Following a model already imposed on 6 other universities, #Hungary's govt plans to privatise SZFE and place it under the control of a foundation with a govt-appointed board. Most of the board members named so far for these foundations are Orbán ministers or Fidesz MPs and mayors 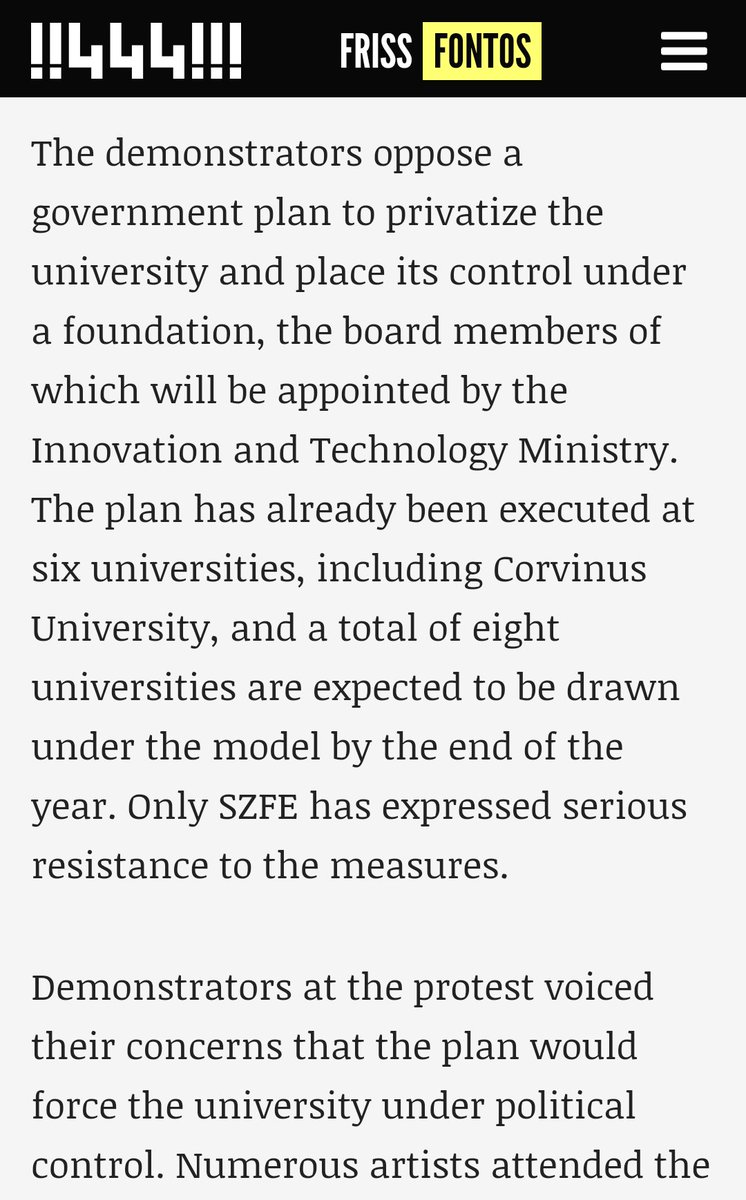 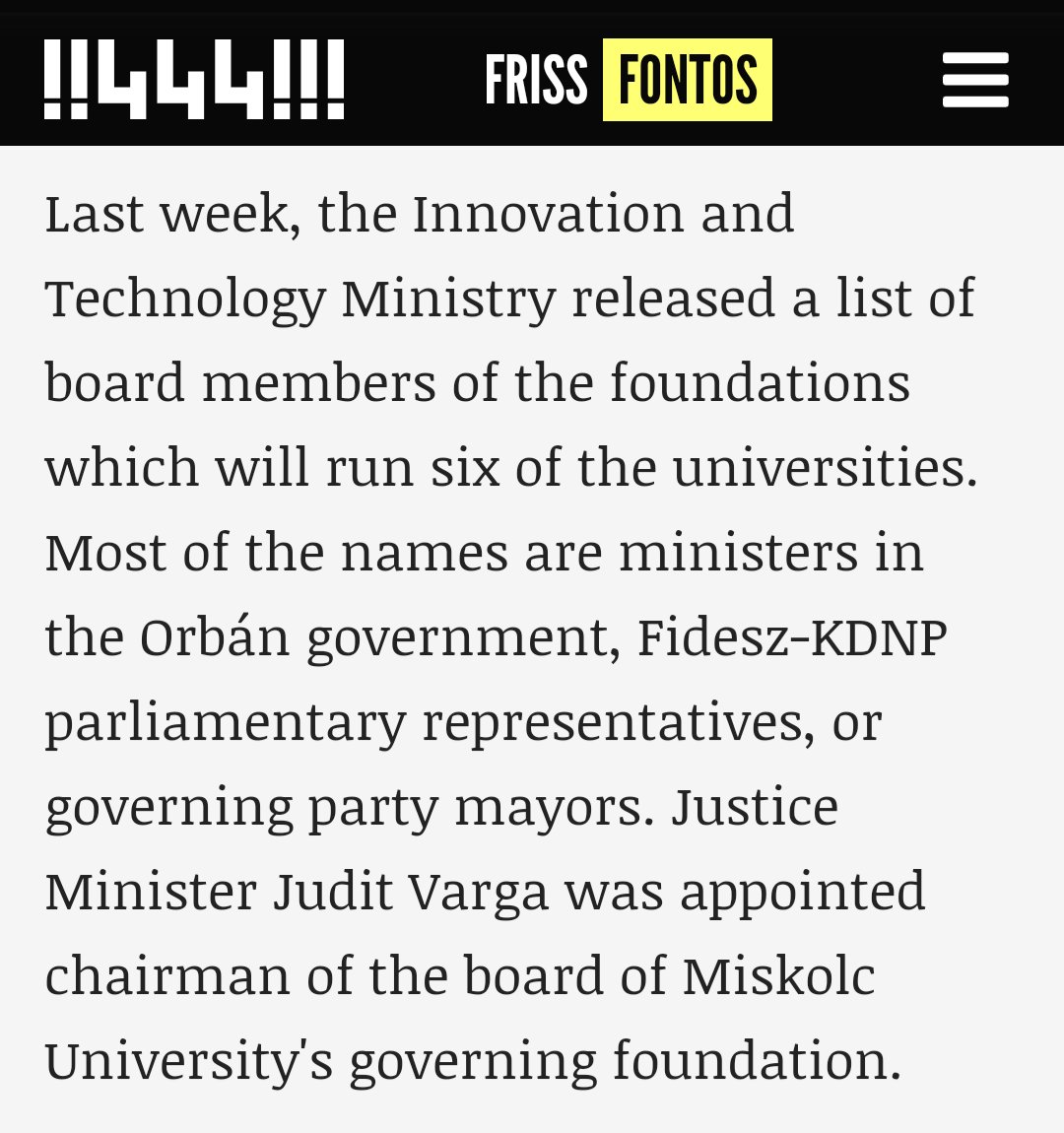 Unsurprising but depressing update to this thread:

The management of #Hungary’s prestigious Theatre and Film Arts University has resigned "in protest over the imposition of a government-appointed board which they say will undermine the school’s autonomy" https://www.reuters.com/article/us-hungary-politics-education-theatre/heads-of-hungarys-top-arts-university-quit-amid-fears-of-state-control-idUSKBN25R264
Heads of Hungary's top arts university quit amid fears of state control

The management of Hungary's prestigious University of Theatre and Film Arts resigned on Monday in protest over the imposition of a government-appointed board which they say will undermine the...

https://www.reuters.com/article/us-hungary-politics-education-theatre/heads-of-hungarys-top-arts-university-quit-amid-fears-of-state-control-idUSKBN25R264
You can follow @almodozo.
Tip: mention @twtextapp on a Twitter thread with the keyword “unroll” to get a link to it.