Communism is the end goal for #BLM, NOT SOCIAL JUSTICE
We are trained Marxists

In actuality, they are donating $ to help end #Capitalism

#BLM using RACISM to garner support for their goals

And their endgame is NOT social justice and police reform

The endgame is complete REVOLUTION to end #Capitalism and instill #Communism 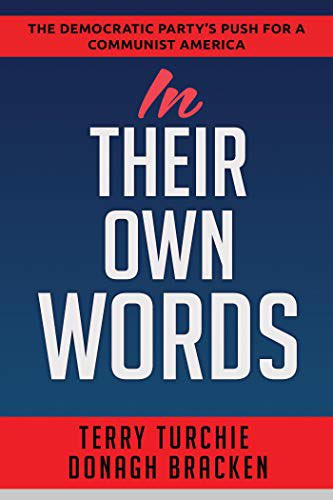 #Capitalism is RACIST as per the Marxist clan (even in England)

#BLM is fighting to end RACISM.. And as a part of this fight, they want a REVOLUTION to put an end to capitalism to usher in #COMMUNISM

This will be a worldwide revolution
The Jonestowning of America

Great article by @Sultanknish
that fits in here

“Exploiting racism was central to the appeal of the Peoples Temple as it is to the Democrats.”

#BLM along with #Democrat Party exploiting racism to take down #capitalism https://www.frontpagemag.com/fpm/2020/06/jonestowning-america-daniel-greenfield/
The Jonestowning of America - Frontpagemag

When the Democrats claim to care about black lives, they take them in horrifying numbers.

“Minister Farrakhan was calling on folks not to spend their dollars with the White corporations that keep us oppressed, and so we partnered with the Nation (of Islam) & helped to amplify that call.”

Muhammad owned slaves, and slaves were a part of Islam at least until mid 19th Century

https://www.bbc.co.uk/religion/religions/islam/history/slavery_1.shtml
Why does #BLM support Nation of Islam?

-the oppressor in western culture is the white man, just as Palestinians in the West Bank are being oppressed by Israel
= So it’s the West vs the Rest

Much like Mao did to give the Red Guards legitimacy, so the #DemocraticParty works to give #BLM legitimacy towards the goal of taking down #Capitalism and converting USA to #Communism

https://en.wikipedia.org/wiki/Red_Guards
Mao and his Red Guards purged the culture of THE FOUR OLDS:

This is what #BLM and the Democrats want purged now

Resulting in an end of #capitalism

End of Capitalism
A standard tactic of Marxists in the U.S. has been to create or exploit racial grievances. We now have a joint Marxist-Islamist assault on public order through racial agitation. https://www.thetribunepapers.com/2016/09/28/the-muslim-brotherhood-and-black-lives-matter/
The Muslim Brotherhood and Black Lives Matter - The Tribune Papers- Breaking News & Top Local...

https://www.thetribunepapers.com/2016/09/28/the-muslim-brotherhood-and-black-lives-matter/
“We need a different economic system that does not prioritize profit over people”

BLM is NOT about ending racism... It is about ending #Capitalism
“This is the Red-Green alliance, where the American-style socialists, ANTIFA and BLM, are partnered with the Mulsim “Green” revolutionary forces, namely Qatar, and its vassals, the Muslim Brotherhood and Hamas.” https://quartermaster.news/between-black-police-jesus-and-qatari-links-connecting-blm-chaz-to-muslim-brotherhood-hamas/
Between Black Police Jesus and Qatari Links Connecting BLM, CHAZ to Muslim Brotherhood, Hamas -...

America, indeed, is facing its day of reckoning. Read to the bottom to see the moving of song of Black policemen signing for Jesus, but start here for the dangerous serpent coming full circle.  It is...

Gee ... It’s like BLM is an arm of the #DemocraticParty
You can follow @chbstone2.
Tip: mention @twtextapp on a Twitter thread with the keyword “unroll” to get a link to it.