Read on Twitter
Ok. This is gonna take a little time, but I am currently going to watch #TheWire for the 5th or 6th time, don’t remember exactly. I’m a gonna blog it from start to finish. I wonder what @AoDespair thinks of episode 1? It’s a masterpiece, by the way. However, this episode #S1E1
has 2 occurrences of “huh?” moments. 1, the CGI high rises of Baltimore are low res and i must ask if showing the buildings was actually necessary? Granted it was only a couple of seconds. Was it to place the location of the low rises geography? If so, I understand. On the
other hand, the requirement by @HBO to show a black & white flashback to Gant was a terrible move and unecessary. It’s a slap in the face of the audience because it assumes people aren’t paying attention. Maybe a few viewers, but most people are paying attention. The show was
Only 1 episode at the point that Gant was laying on the ground, dead. The viewers who go it are the viewers who need to watch #TheWire. As much as it was a dumb move, the decision had a positive outcome. It allowed David Simonto and company to make some great fucking #television
for the past 20 years since. That, is fucking great and worthy of the sacrafice. Beyond episode 1, the rest of the season just blazes & builds upon a brilliant first #episode. Must stop here and say that none of this possible without many many people. Ed Burns will be referenced.
@NinaKNoble will be refernced. A whole host of people will be referenced. Each having a great impact on the best show I’ve ever seen. Want to make sure that as many people are given credit. Just want to do it over time or I’ll never shut up.
A few more things about the pilot episode. There are some great quotes in this episode. Such as -
“Money be green.” That’s a classic. “Hamilton, he ain’t no President”. Yes, Wallace, #Hamilton ain’t no President. He may have been an ugly ass white man, but his mug is on

Of course these quotes are the easy ones. I will endeavor to find the both the choice lines as well as the lesser known. However, it would be negligent of me to pass by S1E1 without mentioning. “Fighting the #WarOnDrugs one brutality case at a time”. Girl, you can’t even call
this shit a war. WHY NOT? Wars End.”

Keep in mind that this “basically set up the show for 60 episodes it is sit in a cubicle the police department building as drab as you can imagine. This is a defining moment for the show it happens in the den of verisimilitude. We’re some
shows will sometimes become showy, The Wire becomes intimate and authentic. Keep in mind this profound moment happens directly after a conversation about trading stocks and jerking off on the computer, and the difference between shit rolling downhill & piss trickling down.

Correction: I don’t know who David Simonito is, but he didn’t have anything to do with the show. Also, in my first run of tweets of the rewatch I should have mentioned Robert Colesberry. He’s a badass and a big reason the show was what it was!!!
Oh yes, Deputy Commissioner Ervin H. Burrell played brilliantly by @FrankieFaison.
“No DNRs. I want to get in and out as quickly as possible!” #TheWire #S1E1
“Wrong war, brother.” It’s important to note that the show’s first season was filmed after #911 and the writers, David Simon in this case, wisely chose to incorporate what was happening and how it affected the federal approach to the #WarOnDrugs. 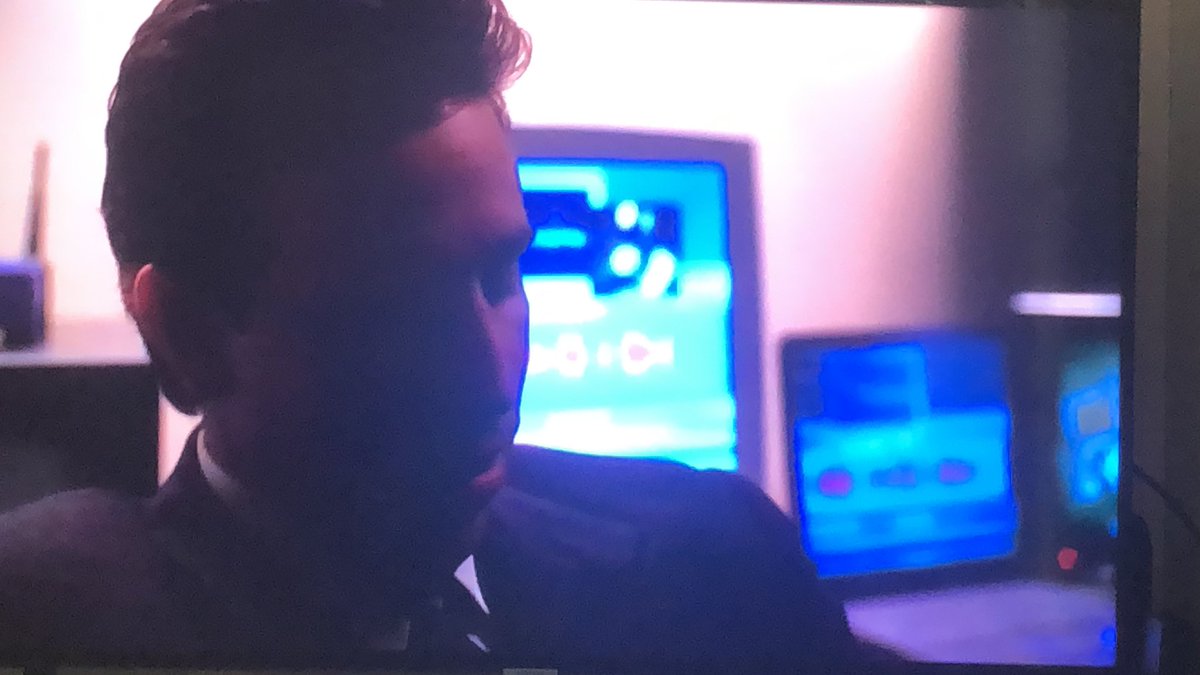 Johnny gets lazy and sloppy and tries to buy without having the correct amount. Well, he does have some street conunterfeit cash with his non-President money and plays it poorly. Thus resulting in the CI that helps the fledgling task force. #SpoilerAlert 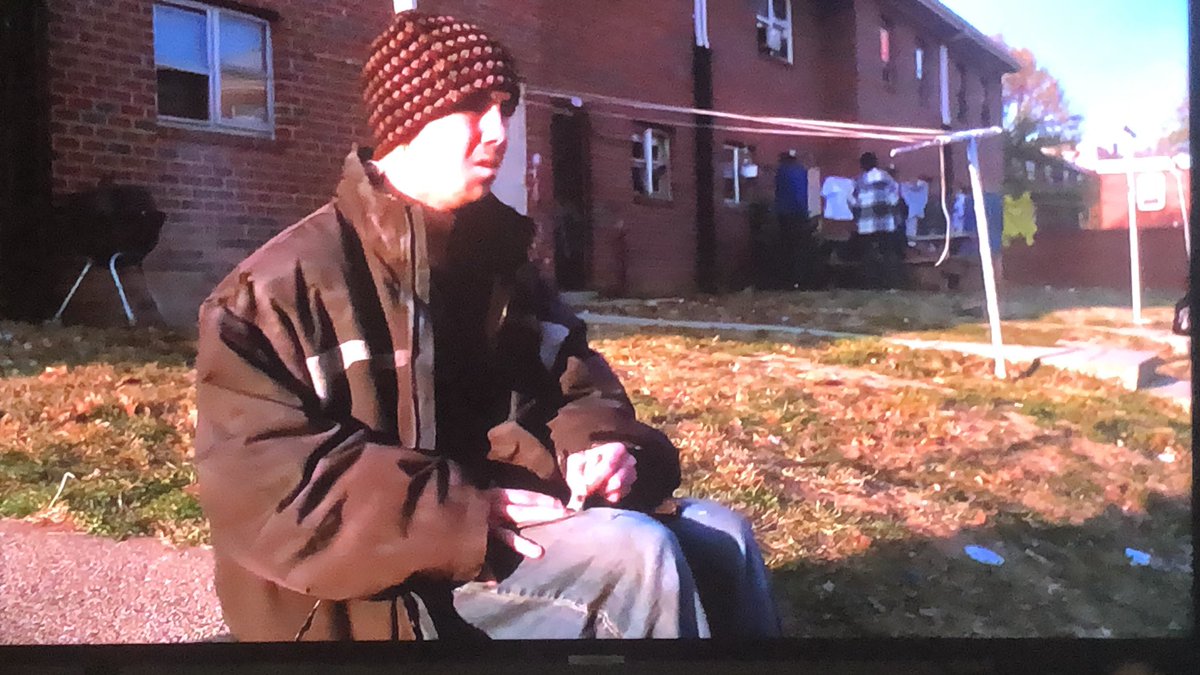 This is the final scene of the pilot. it sets in motion the case. I love how the show just jumps right in after the page to Kima. No explanation. She just heads to the hospital where the CI, aka Bubbles, stands by his running partner’s bedside. #AllInTheGame #AManHasToHaveACode 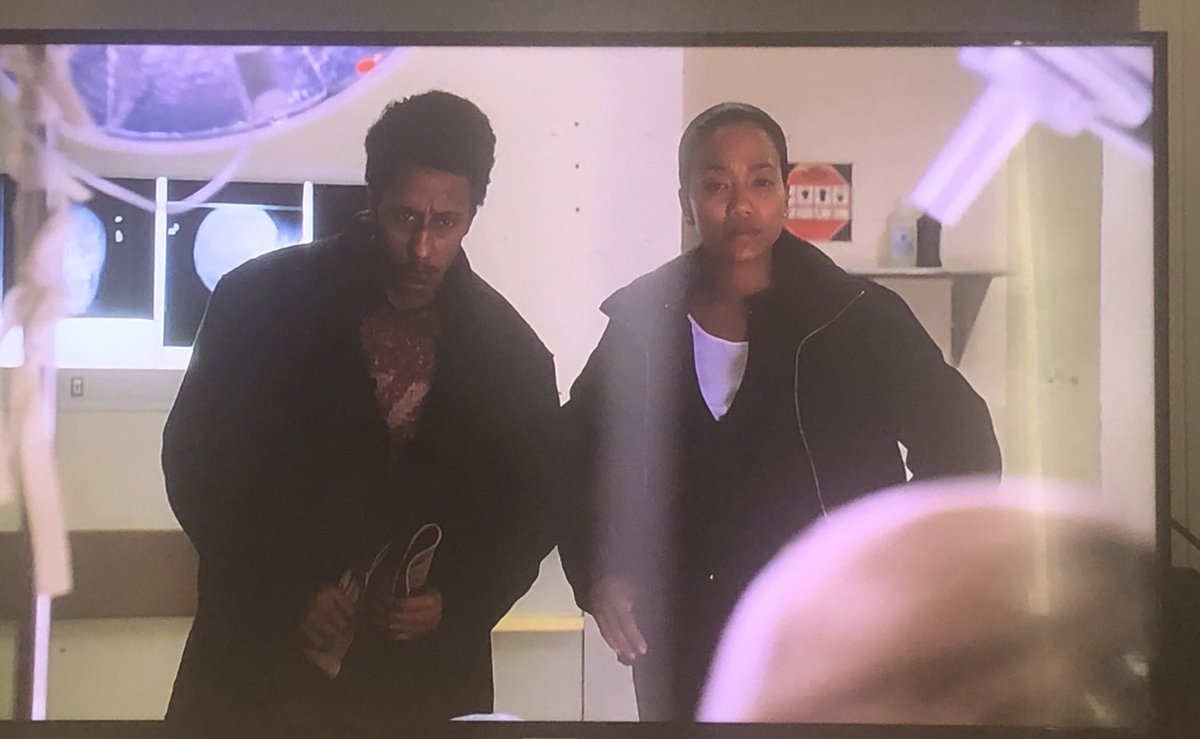 Ok, so the episodes ends with Gant. I forgot. This scene & the one with Kima & Bubbles really set us on the path going forward. #TheWire #RIPWilliamGant
It’s the scene that inevitably set David Simon & co. free from network notes! A disillusioned D walks away down the sidewalk.
#S1E2
If you love #TheWire, you should definitely check out the book Homicide: Life on The Streets (by Mr. Simon) and the show of the same name. In that show there was a crazed drug dealer played by #ErikDellums. Here he is eating at the morgue playing a coroner.

Here is something to consider: on Homicide: Life on the Streeta Weik’s charactwr was big and all over the place. He played it to a tee. On The Wire, his performance and character are the opposite and he plays it brilliantly with all the subtlety necessary to pull of the character
One that is all substance and no flash. A person totally comfortable eating around dead bodies. This is approach of having actors play opposites on different shows is a @Aodespair hallmark. Special shoutout to Alexa Fogel for being such a great casting director. This reminds me
Of another actor’s performance in the Blown Deadline Productions Universe. That of @clarkepeters as “Fat Curt” on #TheCorner and Lester Freamon on The Wire. Props to Alexa and David for allowing actors to play multiple varied character and show their acting chops!!!

The Chicken Nugget scene. “It ain’t about right, it’s about money”. @McDonalds @HBO
The theory proposed by D is probably a solid one. Mr. #McNugget is most likely working away in the basement, while the clown is in the executive suite. Ain’t life a bitch? 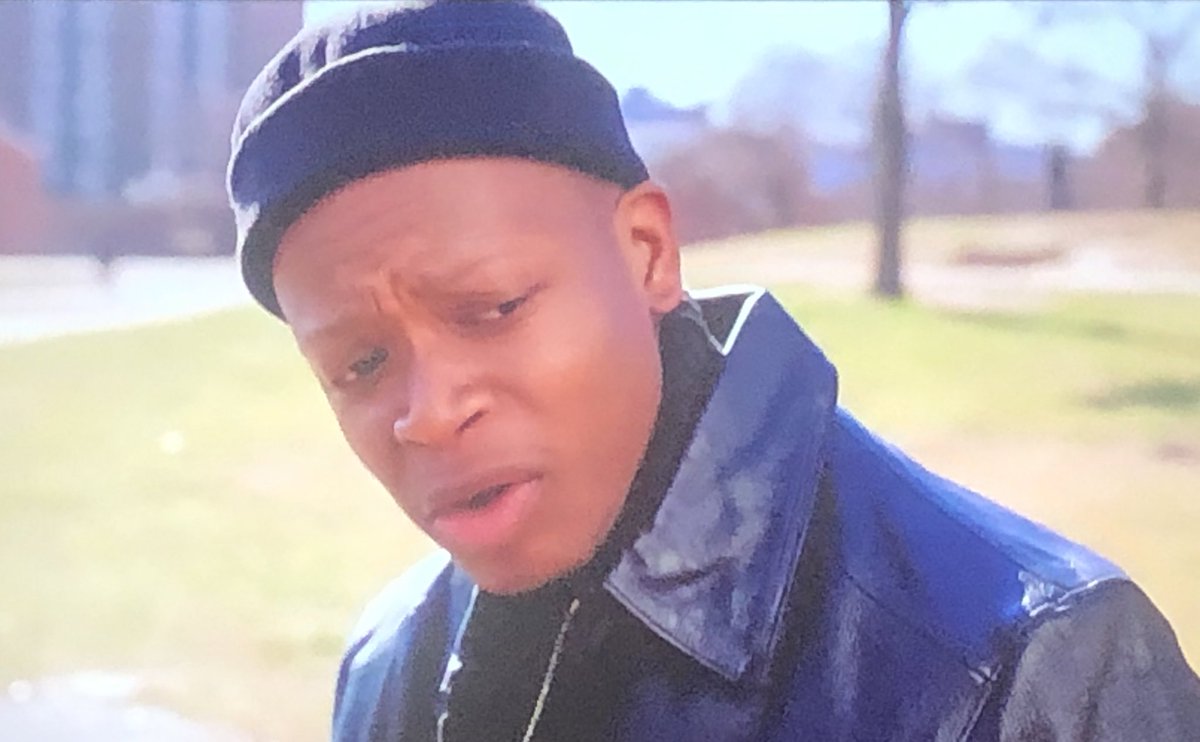 This scene is more than just your run of the mill iconic Wire scenes. Of which, there are many. It juxtaposes D’Angelo’s world wary cynicism with Wallace’s hopeful naïveté. #beautiful #television
#AvonBarksdale, off screen in my ad hoc shot, telling D it is not on him that Gant was killed. Clearly, this is false. It was D who shot a man in front of state’s witness. D has a heart. He is going to find living with this responsibility is a hell of a burden. #221 #TheWire 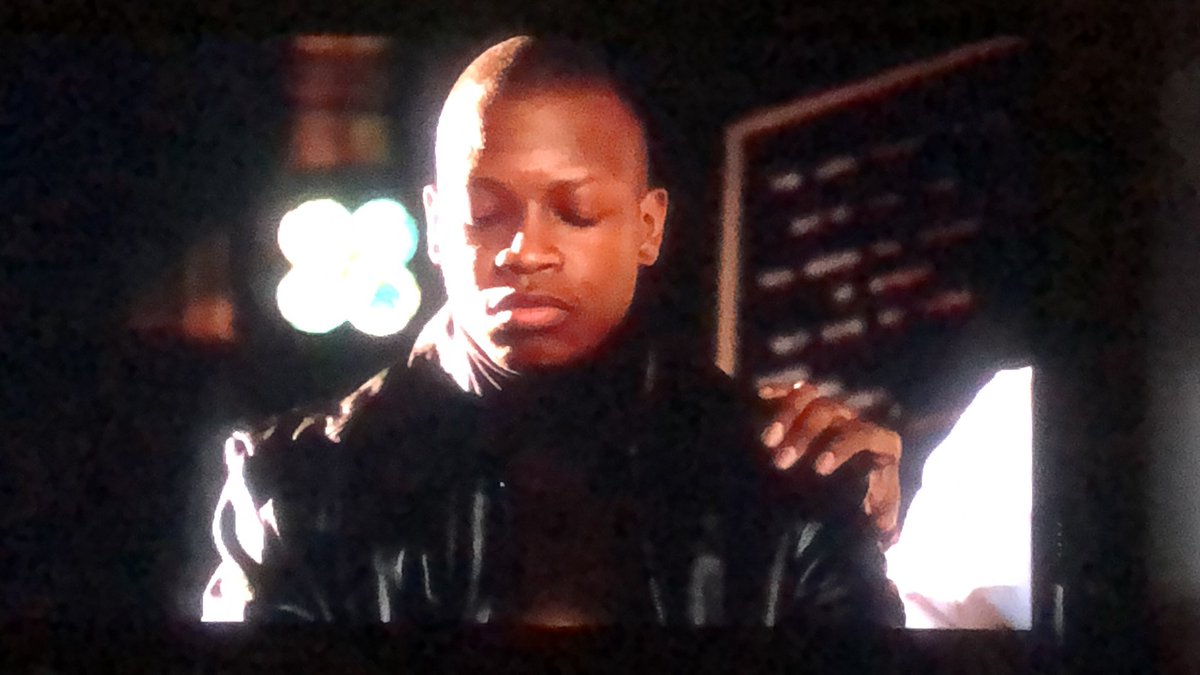 “You got to let this motherfuckers know who you are!” Another great idea from #Herc. Kudos to the creators for first showing us the consequences of bad policing before they show how real POlice do work. #PoliceBrutality 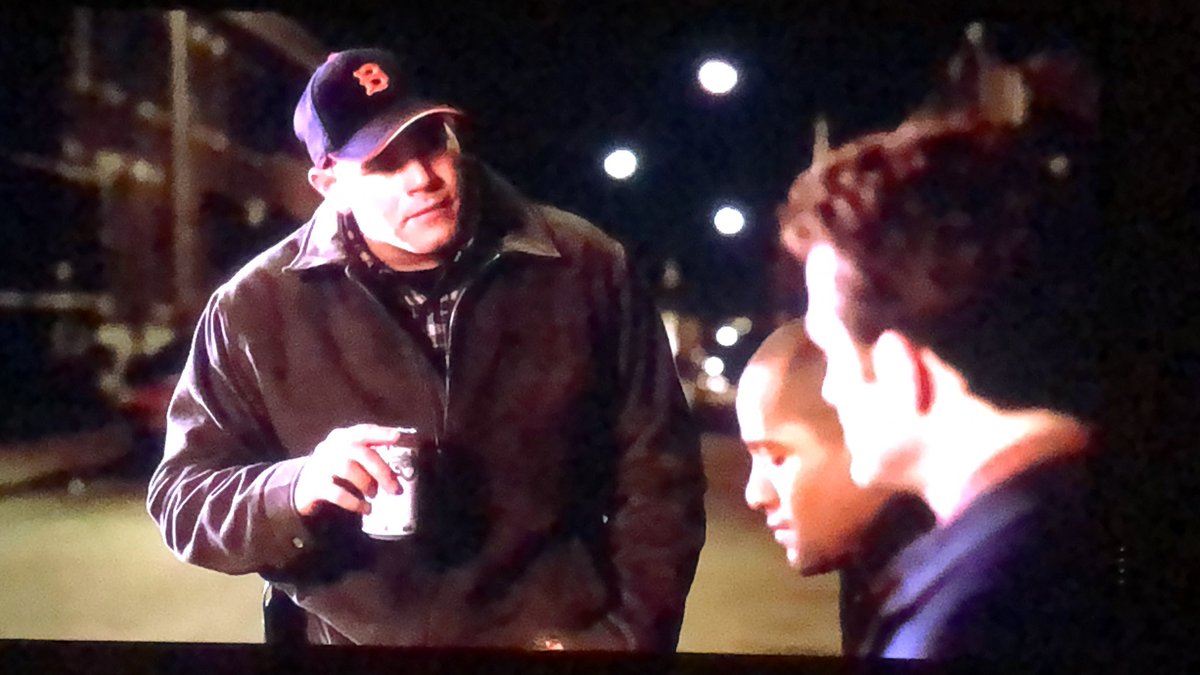 The #S1E2 “quote of the episode” goes to @DominicWest as #McNutty...
“Hey Kids.”
Just a normal weekday morning. Get up. Get ready. Eat breakfast. Leave the apartment to catch the bus. See a hungover white guy in his boxers. 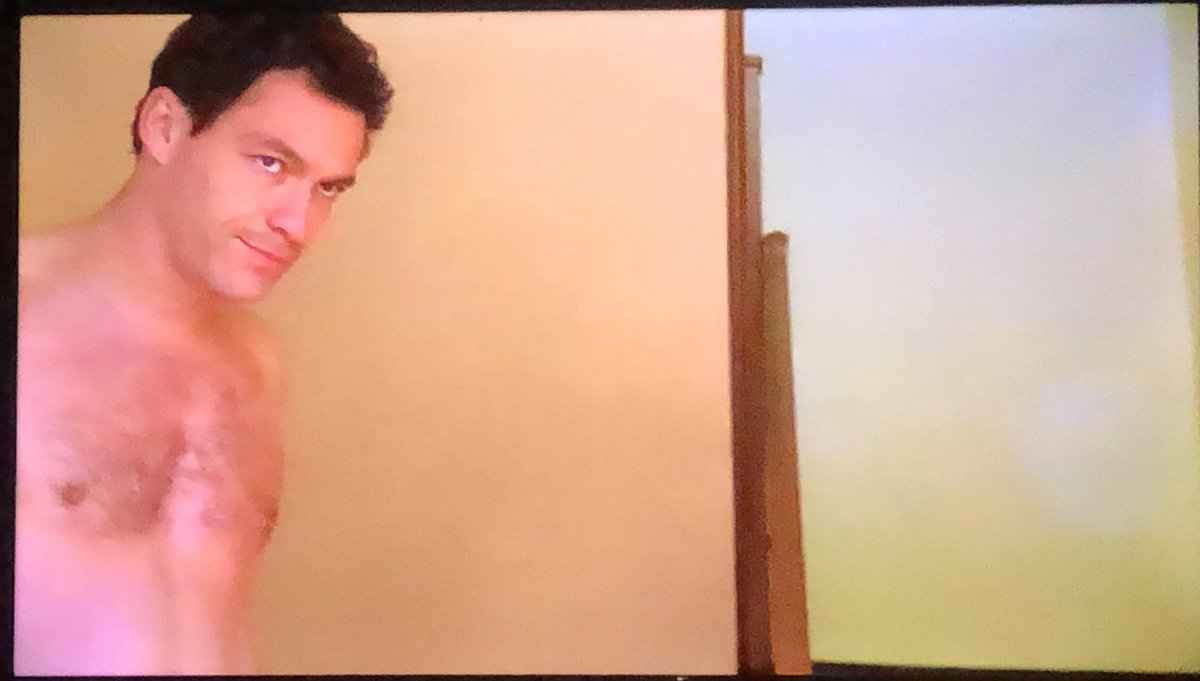 Somehow I got lost on my own thread and it starts somewhere else on a different tweet.

You can follow @AnalogSyndicate.
Tip: mention @twtextapp on a Twitter thread with the keyword “unroll” to get a link to it.