Read on Twitter
The parallel drawn with Yusuf (AS) & the scene of #Ertugrul rising from the well above a fire pit was a beautiful piece of cinematography.

But it was obviously dramatized, I mean, you don't to be Einstein to figure out that #Ertugrul didn't really climb up from a well, do you?
So a really romantic way to express your love is to draw an analogy b/w your love interest & a female horse, which gave U a really tough time in getting trained but U managed to win her love at the end.Girls will fall head over heels for you on this,guranteed.
#ErtugrulGems #Ep11
And in case you're a female, address your love interest as #Ertugrul "Sahab".

Keep it Halal, keep it Platonic Sis.
This makes much more sense now.

This is also a gem, so compiling it in the Hall Of Fame

Tbh I was disappointed by the Sword Dance of #Ertugrul,was expecting to see some artwork but it turned out nothing more than a horse jumping around the fire - except it was #Ertugrul himself who was jumping like a horse. Could've been more,like triple flip of sword as in parade.
The good thing was the soundtrack though & the show runners did a good job to make that soundtrack part of official theme & carry it later on.

I also hope to unsee the horse thumping of #Ertugrul I just saw.
"We need a choreographer for the Sword Dance scene" 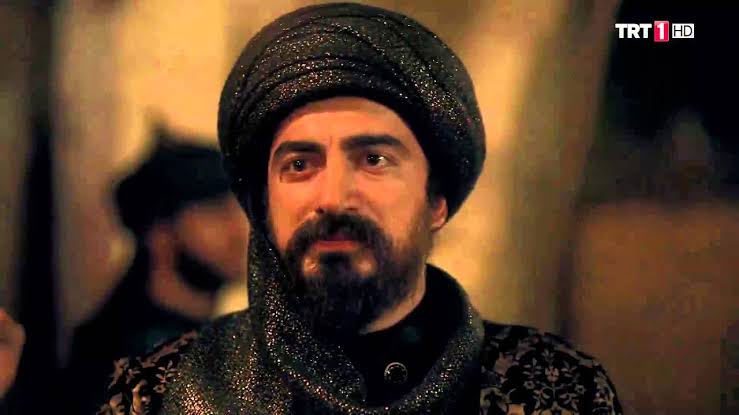 Or is it Erturu-rul?? (In that case it might cause an endless loop of 'ر' and 'و' on tongue)
#ErtugrulDaily
Another good thing that the show makers of #Ertugrul have done is to choose a specific Churchish music for the Christian characters. You can tell just by listening to the background theme, without actually seeing the picture, that the scene involves either Papa-e-Azam or Titus.
Speaking of soundtrack, most people failed to notice that #Ertugrul's OST opens with a constipated "Hewvvwwooo" before it builds up to its rhythmic horse riding music. It's as if the singer was forced to sing while he's being choked or someone grabbed his balls.
#ErtugrulDaily
Gonna tell my children this is Gandalf.
#ErtugrulDaily 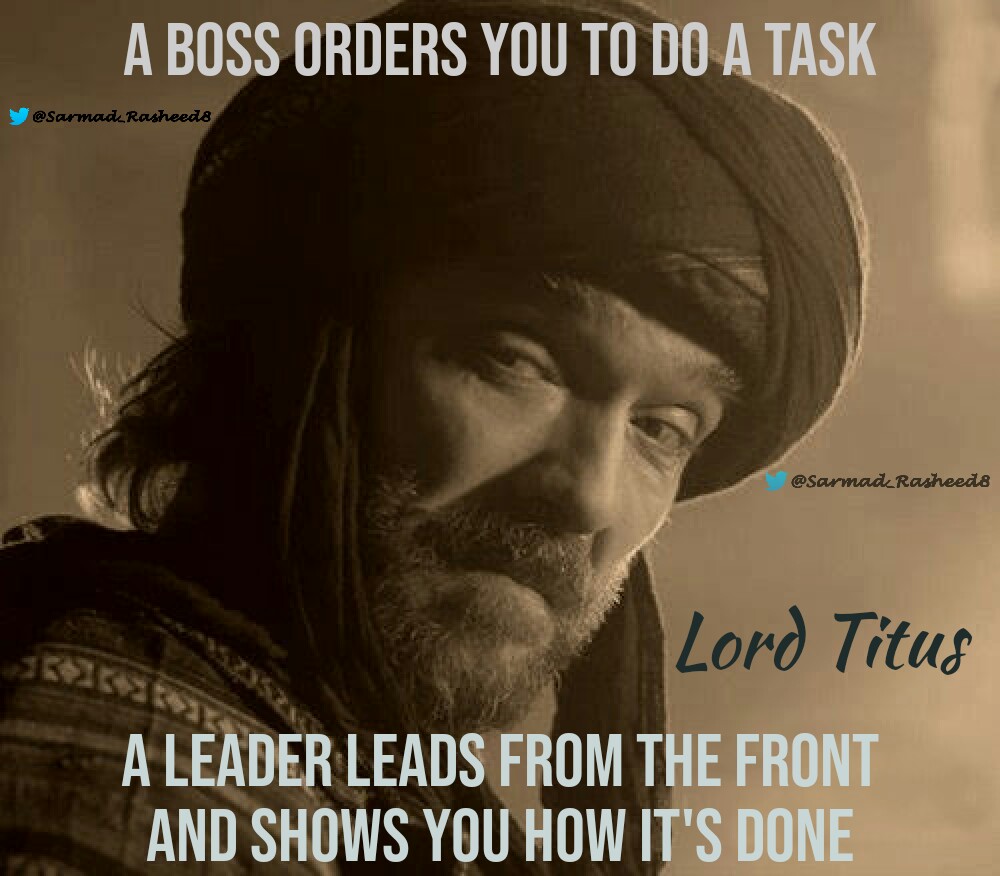 #Ertugrul #ErtugrulGhazi #ErtuğrulGazi #ertugrulurduptv
Seeing the fictional nature of the drama, the title should've been "The Birth of #Ertugrul" instead of "Resurrection: Ertugrul". Because resurrection occurs after death, this romanticized version of #Ertugrul was never born in the first place.
#ErtugrulDaily

#ErtugrulGhazi
Another more appropriate name could be "Fictional Ghazi" instead of " #ErtugrulGhazi". Seeing and hearing it daily would help Desis keep things in perspective.
#ErtugrulDaily #ErtugrulGhaziDaily

#Ertugrul #ErtuğrulGazi #ertugrul_ghazi #ertugrulurduptv
A failed attempt at adopting Hazrat Umar's conversion incident(won't name the character).What could've been a great was totally spoiled by too little character development,1 minute he's trying to kill him & next minute he's like "All hail Murshad maaf kar dio minu"
#ErtugrulDaily
Not sure whether this Peacock Flip was a result of director's artistic imagination or just happened on the spot & director decided to go along with it.

Or maybe, they were inspired by antagonist of Kung Fu Panda-2?
#ErtugrulDaily
#ErtugrulGhazi #Ertugrul #ErtuğrulGazi #Ertugral
Ya'ni k jahan b negative character ho wahan Yahooda ka nam thok do, because Yahooda from Yahoodi.... and everything negative is a Yahoodi Sazish... you know.
#ErtugrulDaily
#ErtugrulGhazi #Ertugrul #ErtuğrulGazi #Ertugral
Just when you think we are running out of national Abus and Amis, we manage to come up with a new Madr-e-Millat.

" #HalimeSultan to become Peshawar Zalmi Ambassador" :)
What's the one thing common between 'Gobchi' and 'Gobi'??

#ErtugrulGhazi #Ertugrul #ErtuğrulGazi #Ertugral
As if it wasn't clear the director went out of the way to verbally tell us that this character was inspired by Umar's (RA) story. What he doesn't tell is that it was a failed & rushed effort & to make us cringe for rest of the drama,he named him Umar too. https://twitter.com/Sarmad_Rasheed8/status/1277307146250498051?s=19

One in 3 episodes of #Ertugrul has a horse riding scene with that opening music. & the director makes sure to show us his fancy horses in slow motion. It happens EVERY.SINGLE. TIME. It's become so monotonous that it has lost its flavour
#ErtugrulDaily
#ErtugrulGhazi #ErtuğrulGazi
It makes sense to do slow motion if he's on 100 meter but why'd you do that for a 60yr old Suleman Shah who's hardly riding at 20km/h?

It's like asking Misbah to play slow to save wicket.
Like that's what he does bro what are you trying to achieve?
#ErtugrulDaily
#ErtugrulGhazi
** Job Announcement ** 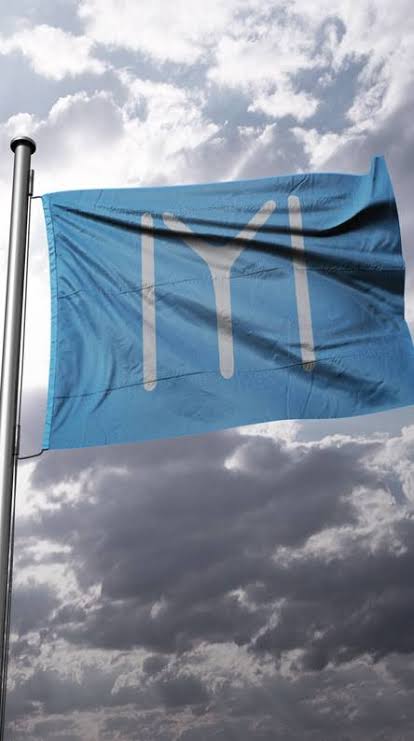 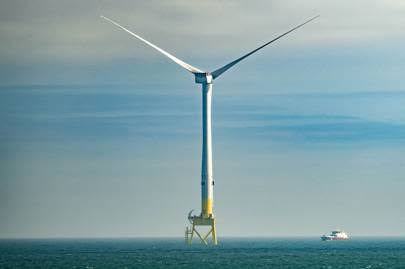 Seems like most people aren't getting it at first glance (that was the purpose lol).

Me to myself while watching #Ertugrul:

#ErtugrulGhazi #ErtuğrulGazi #Ertugral
Bamsee is your typical Goofy character that is found in every serial, it's like a textbook rule of script writers. From Goblins & Dwarfs in Lord of the Rings to Bautista in Avengers, it's so cliche that it doesn't even feel original in #Ertugrul.

#ErtugrulDaily #ErtugrulGhazi
Hey can U include a scene where I can show my sword skills? I did all that training afterall

I wanna get 1 million likes on Instagram & look cool in front of my friends...U know

Great!
1 more thing, make sure it's in slow-mo so that every1 can see it's really me"
This here is another stereotype of all action series, a precursor to the final fight before it happens. An epic clash between the hero & the villain sword to sword, knife to knife, fist to fist, face to face, mouth to mouth (that came out wrong).
#ErtugrulDaily #Ertugrul 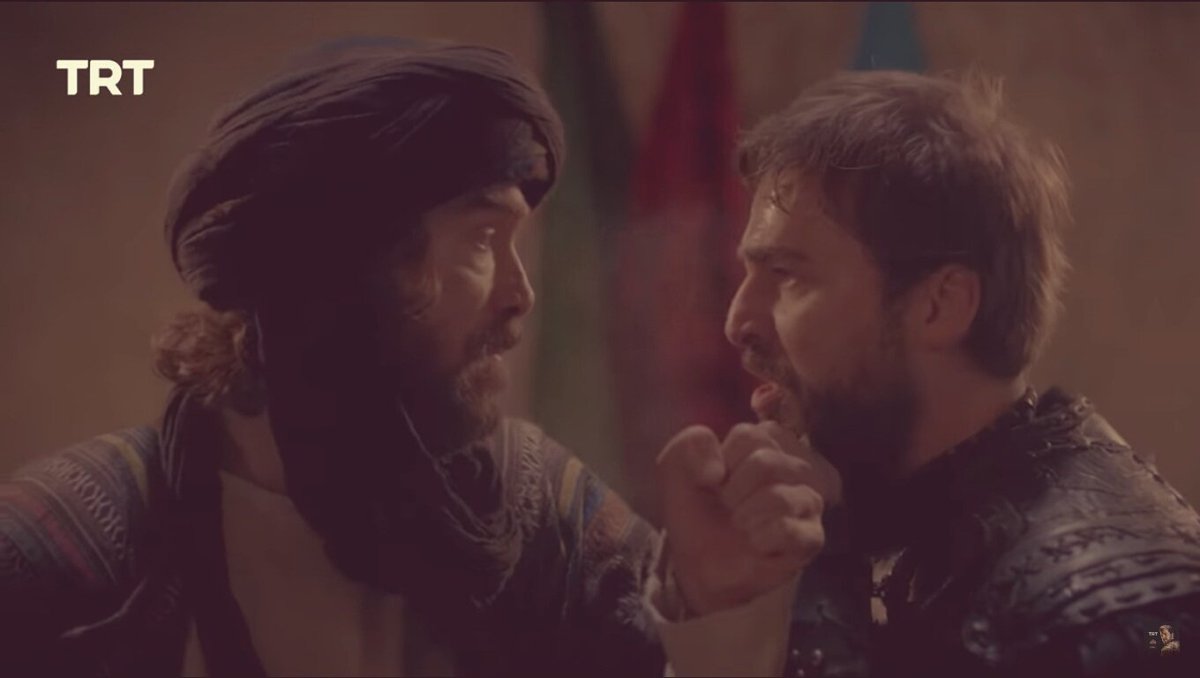 By his artistic symbolism, the director wants to convey a moral message: What happens when two equal & opposing forces collide, like 2 sides of the same coin,like good vs evil, Islam vs Kufr, Adam vs Iblees, Angels vs the Jinn,Light vs Shadow,Undertaker vs Brock Lesnar.
#Ertugrul 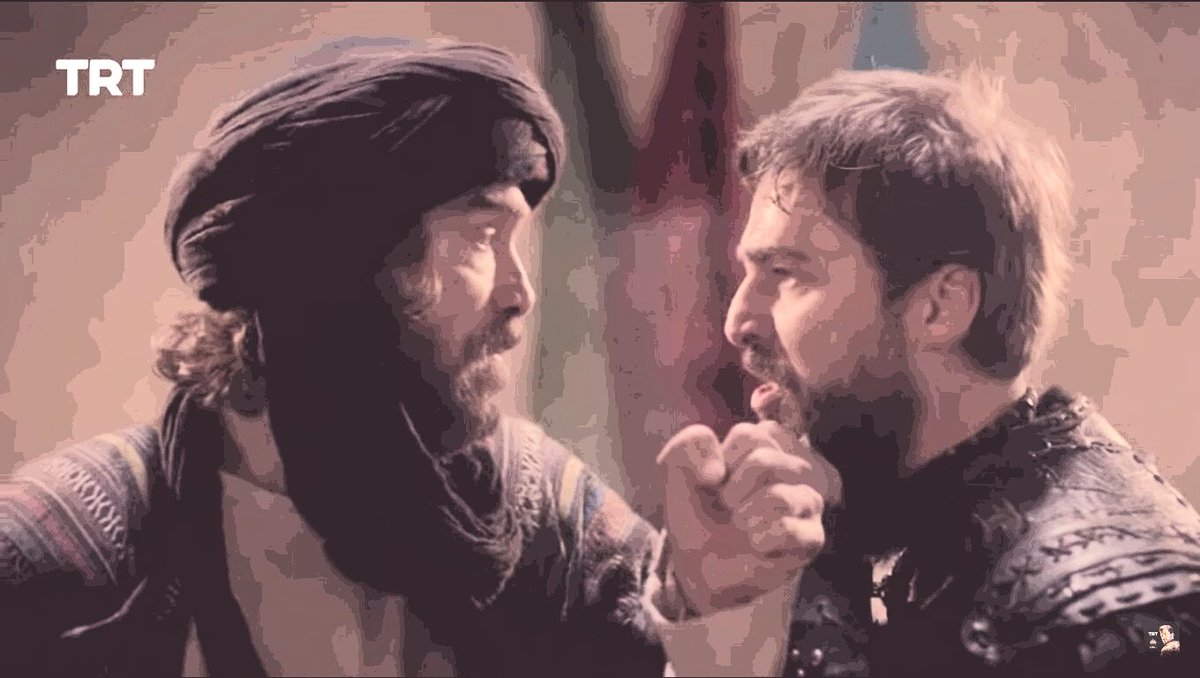 You'd think that the director really wants to convey a deep message by this artistic symbolism, you keep scratching your head to find the hidden meaning within it,only to find out that it's a paper thin plot: One is doing it for a girl while other for the revenge of his brother.
Show runners may not have intended it but there's another Easter Egg here:

I think I finally like a character in #Ertugrul, Umar (inspired by Hazrat Umar RA). Though we could've seen a few episodes establishing him as a great warrior, then a few more of him spending time with Ibn ul Arabi to see what really inspired him to convert. Instead...
+++
..what we saw was a quick conversion & the aftermath. Also **(& SPOILER ALERT)** being based on Hazrat Umar's story, we would expect him to give a more tough time & not come off as weak when the time comes, but it was just 2 blows. Why directors why?
#ErtugrulGhazi #ErtuğrulGazi
Was expecting more along the lines of Shahabuddin's character, fighting till the end till he gets injured & can't take no more. Instead it went on like:

"Just get it over man. Bazar se Dahi b lana ha"
#Ertugrul #ErtugrulDaily
#ErtugrulGhazi #ErtuğrulGazi
Pretty sure it was Kung Fu Panda 2.

Hence I've named this move as "The Peacock Flip".
#Ertugrul #ErtugrulDaily
#ErtugrulGhazi #ErtuğrulGazi
The "Next Episode" section is meant to give a preview of what *might happen* in the next episode. Instead they keep giving spoilers after spoilers, the tension is defused before it even builds up.

#Ertugrul #ErtugrulDaily
#ErtugrulGhazi #ErtuğrulGazi
And like every other stereotype in action movies, the final fight wasn't as 'equal' as in the precursor, the build up wasn't paid off. Gone are the days of Jet Lee where the final face off really felt like the climax of the movie.
#ErtugrulGhazi #Ertugrul https://twitter.com/Sarmad_Rasheed8/status/1288128695857819657?s=19

Btw I don't mean that the action was bad. In fact, the action sequences were pretty good. But they didn't add anything to the mundane plot after the big event was over. There was nothing at stake & threat was essentially zero.
#Ertugrul #ErtugrulDaily
#ErtugrulGhazi #ErtuğrulGazi
And as if it wasn't enough, the director decided to incorporate Bruce Pasha Lee in the showdown too.

#Ertugrul #ErtugrulDaily
#ErtugrulGhazi #ErtuğrulGazi
A nice flick on the ON side and the ball is racing towards the fence... and it's a boundary!!

That's Peacock Flip #3 btw.
#Ertugrul #ErtugrulDaily
#ErtugrulGhazi #ErtuğrulGazi
& once again director uses the symbolism of 2 equal & opposing forces of good & evil,hand 2 hand in Armageddon,except 2 seconds later he takes a U turn 2 show that they are not that equal afterall. 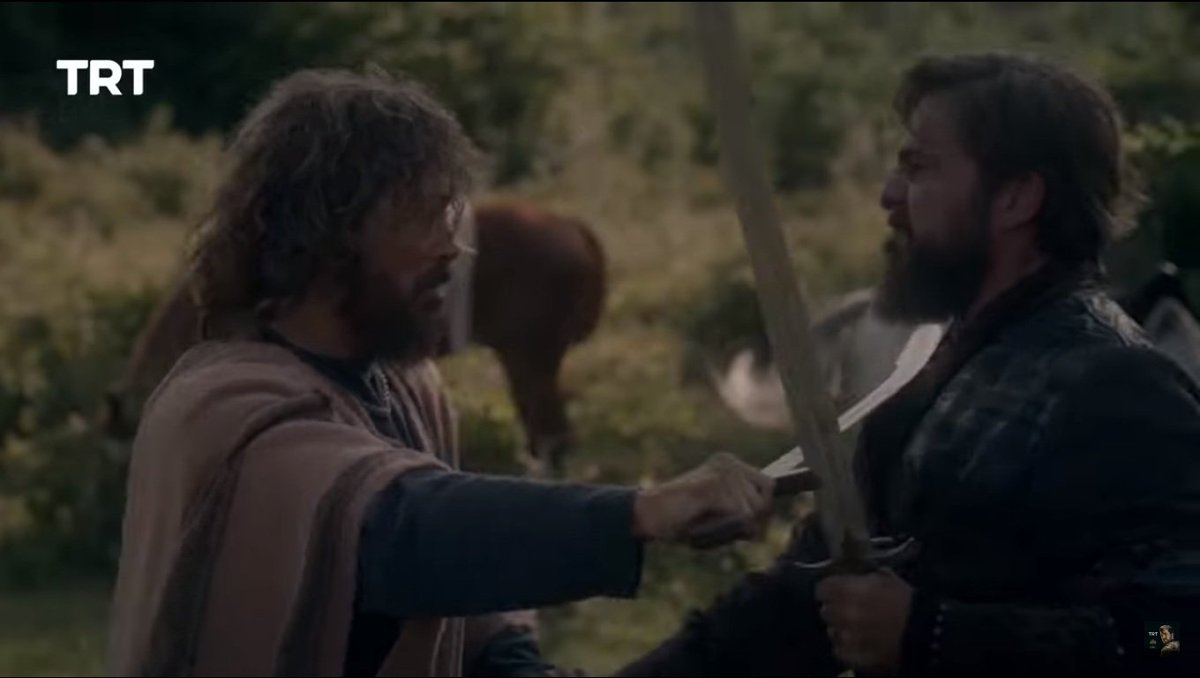 The whole season-1 could be condensed into 35 episodes. I really think they shot it that way, then later were asked to make the number near 70, so they shot the in between episodes later on.
#Ertugrul #ErtugrulDaily
#ErtugrulGhazi #ErtuğrulGazi
Overall, an incoherent amalgam of some great & some 'could have been great' missed opportunities, thus bringing it down from "Excellent" to a "Good" Season.
(More on Season-1 before I start my commentory on Season-2)
#Ertugrul #ErtugrulDaily
#ErtugrulGhazi #ErtuğrulGazi
The director,in his wisdom,decided that a good way to fill the episodes is to make atleast one person sick throughout. So as soon as one recovers, another goes to bed. Suleman, Ertugrul, Gobchi, Turgut, Seljan - that 1 room one bed hospital has been busy!
#ErtugrulDaily #Ertugrul
Another incoherence was the conflicting narrative between the events of the show & the dialogues of characters. E.g. the show makes it pretty clear that he was doing it for a girl, yet one of the minor characters would throw a dialogue every now & then that he did it for Islam.
It's like the director wanted to depict the true history (that it's a fiction) but then had orders from the top (you guess who?) to make it more "Islamic", so he used Damir Chacha to cover it up while simultaneously conveying true version also. Clever Sir Clever!
#Ertugrul
As an e.g. even when Turgut was being tortured, all he remembered was his love interest's face. Yet later on Damir Uncle goes out of the way to say "Even in jail he only remembered Allah"
ِکتھوں پائن؟ اُنو لڑکی یاد سی صرف۔

#Ertugrul #ErtugrulDaily
#ErtugrulGhazi #ErtuğrulGazi
An Easter Egg that most people missed.
At the end of S01, #Ertugrul flips the knife the same way as Titus flips before after killing that major character.
(& yes this was intentional by show runners)
#ErtugrulDaily
#ErtugrulGhazi #ErtuğrulGazi
You can follow @Sarmad_Rasheed8.
Tip: mention @twtextapp on a Twitter thread with the keyword “unroll” to get a link to it.