Read on Twitter
quite an interesting thread about how post-Soviet Russia destroyed its own space industry. https://twitter.com/ilyakharlamov/status/1266821702216028162

- there hasn't been anything interesting made by Russian space industry ever since Yeltsin rule where they barely finished Mir-2 as the part of ISS
- wage for an engineer in the space industry is lower than one of a toilet engineer in McDonald's
- author also describes this as the "curse of $500", where, as he says, the space industry could be saved in the aughts if the engineers were paid $500 of a monthly wage.
- he later compares wages in 2020 with the american space agencies, but that's for later
- Roskosmos promised in 2012 (when the oil price was high) they'd bring Russia to the top 3 in space field. (OP claims that they're more likely to compete with the likes of Brazil and Israel)
- Their current project? 200m-wide office building with the mall, flats, and cable cars. 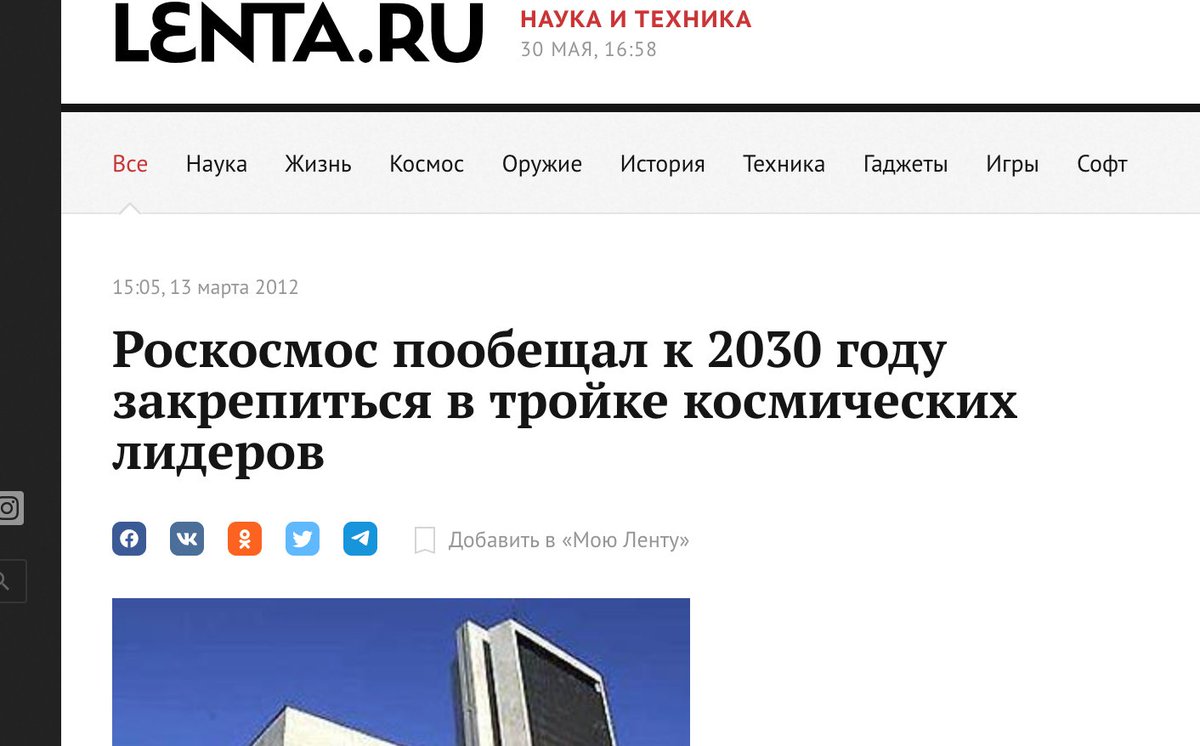 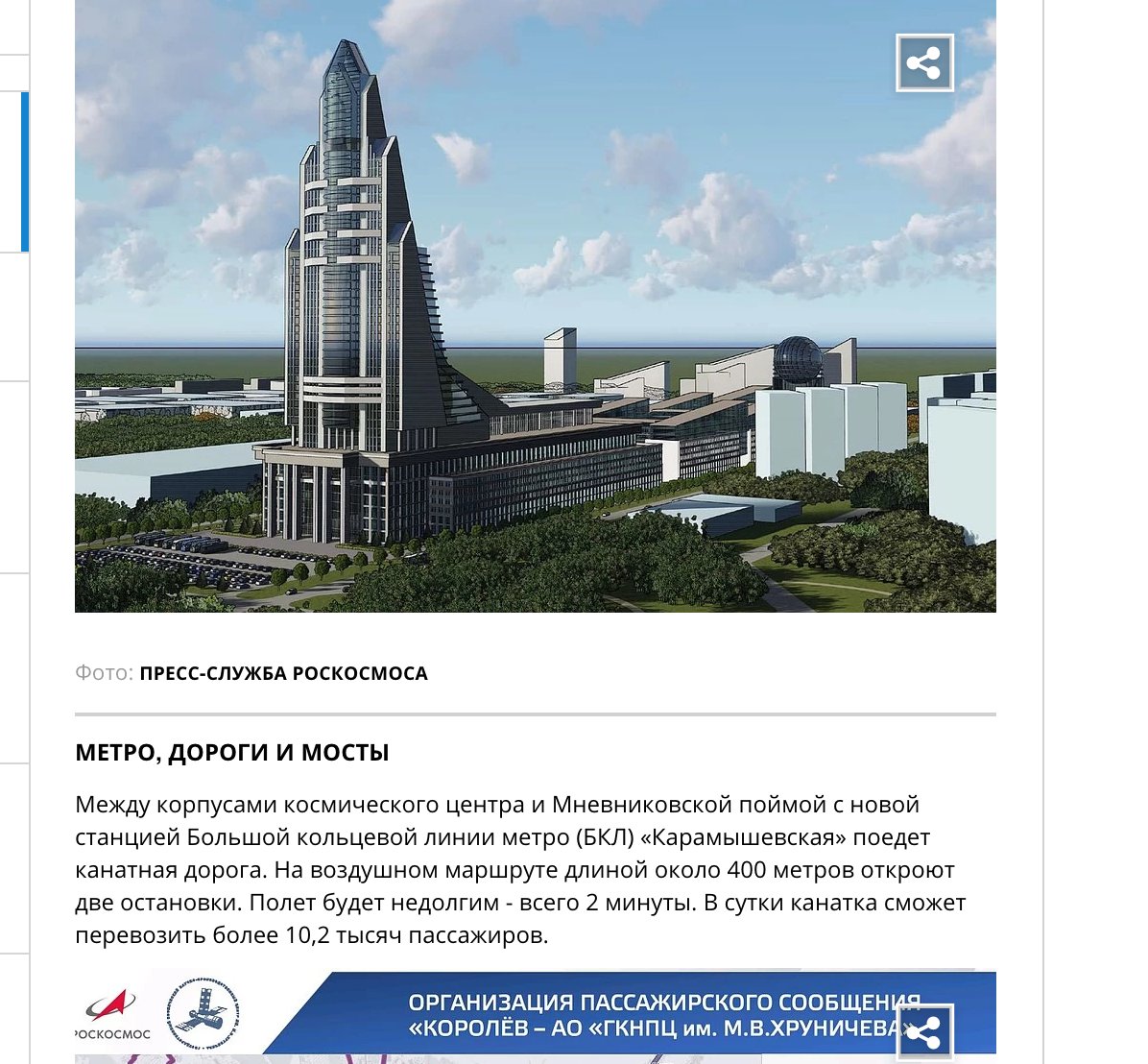 - also, according to OP's judgement, top 5 in 2030 will look like this:
1) US
2) China
3) EU
4) Japan
5) India
- ISS was a collaborative project, and it used to be when the US and USSR used to fly to space on each others' spacecrafts. when the Columbia space shuttle crashed in 2003, Russia decided to jack up prices for launching Americans into space from $20 million to $70 million
- Roskosmos exec Dmitriy Rogozin is a journalist by a degree. that, I will add, is like being a minister of cybersecurity without ever touching a computer (looking at you, Japan!)
- Elon Musk once came to Russia for the decommissioned missile parts (as part of their "demilitarisation" program) and offered Russian government a collaborative project to push the space industry forward.
- Russia claims that never happened as those parts were turned into scraps
- ofc it also might be bc Russia just wanted a much bigger share in the project as they possibly learned abt what he earned from selling PayPal
(cw: police brutality, rape, torture)
- wonder what's with Russian private space industry?
- there actually were some efforts: Dauria Aerospace and Lin Industrial
- the first got sued for fraud
- the exec of the second was raped and tortured to death in the police department
onto wage comparisons for 2020:
- Russian space engineer earns ~22k rubles (~$316) a month
- SpaceX engineer - $12k-14k/mo
- NASA exec's wage is $232k a year, roughly twice that of the SpaceX engineer
- Rogozin's wage is ~$450k - twice of NASA exec and 120x of Russian engineer
Russia sells RD-180 rocket engine to the US, but it's
1) a Soviet space part
2) unsustainable for Russia anyway
3) sold to the US for half of its price
- Russia's biggest hurdle in regards to space is, surprisingly, its tsarist past.
- as Baikonur, USSR's biggest spaceport, went to Kazahkstan, they planned to build their own spaceport at the east of Russia.
- that project is now stalled as ppl who build it don't receive wages
- biggest problem is transportation, as parts have to be delivered to the east of Russia
- most reliable way to do it is by trains
- they have to fit 3.9m diameter to pass through the old tunnels built during Nikolai II
- China's spacecraft is 10m. SpaceX martian spacecraft is 9m 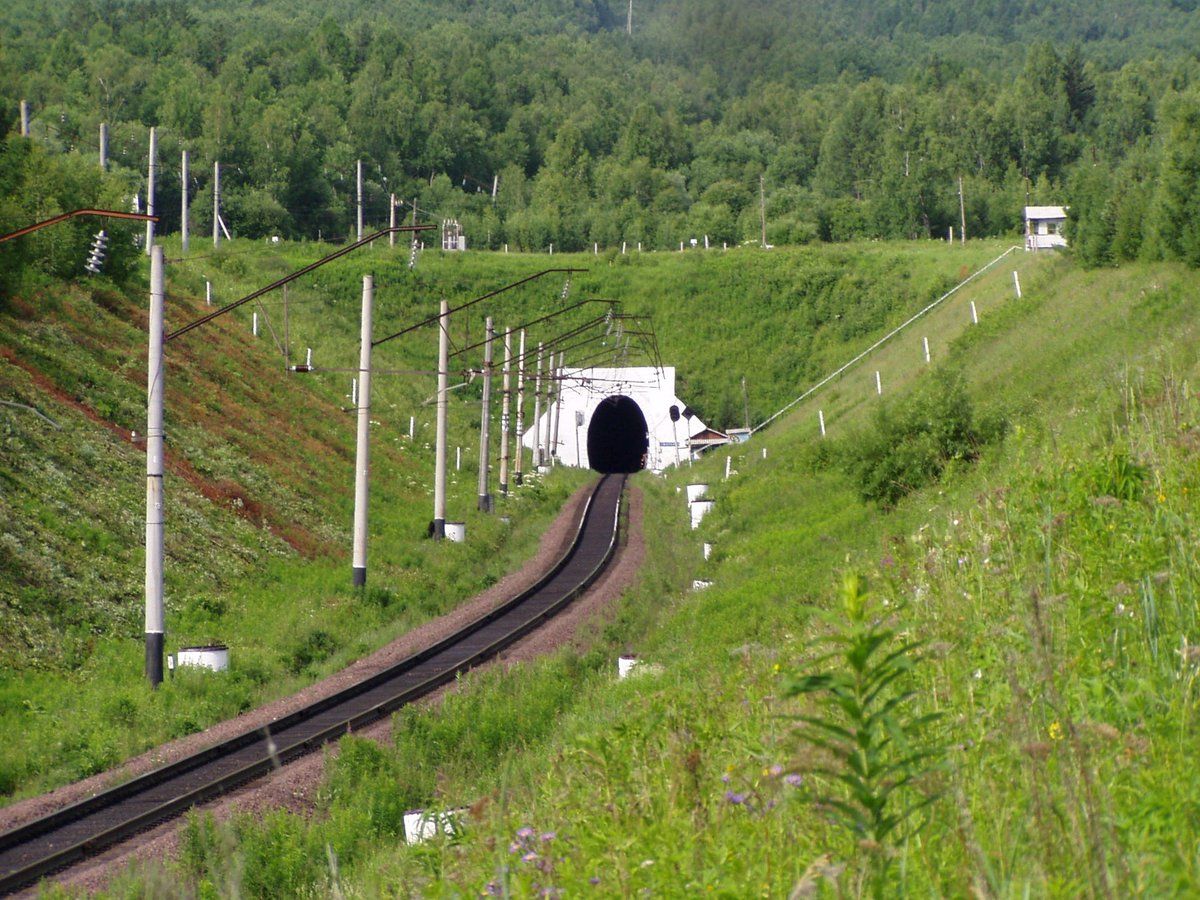 that's about it for now but it sounds like OP will write more about it. interesting thread regardless.
You can follow @killed_the_vibe.
Tip: mention @twtextapp on a Twitter thread with the keyword “unroll” to get a link to it.