Read on Twitter
In anticipation of the fossil fuel spruiking we might hear on @QandA's energy panel tonight and because there is no representative from the renewable energy sector, perhaps we can create a list of responses for @hamishNews to have at the ready? I'll start...
#auspol #qanda
"We need a coal industry for jobs”

While their role has been important, coal workers make up around .5% of the work force in Australia, mining less than 2%. Beyond Zero Emissions' new plan outlines 1 million new jobs transitioning to a clean economy: https://bze.org.au/the-million-jobs-plan/
The Million Jobs Plan - Beyond Zero Emissions

Manufacturers can eliminate up to 8% of Australian emissions by replacing fossil fuels with renewables.

Recent studies show if just 2.8% of gas leaks in extraction or distribution, it can be worse for the climate than coal (methane is much more of a heat trapping GHG than CO2). BP estimates current gas leaks at 3.2%. https://www.nationalgeographic.com/science/2020/02/super-potent-methane-in-atmosphere-oil-gas-drilling-ice-cores/
Natural gas is a much ‘dirtier’ energy source than we thought

Coal, oil, and gas are responsible for much more atmospheric methane, the super-potent warming gas, than previously known.

https://www.nationalgeographic.com/science/2020/02/super-potent-methane-in-atmosphere-oil-gas-drilling-ice-cores/
“We will need gas as part of our transition for decades, even Alan Finkel said it”

AEMO says our grid could support 75% renewables by 2025 with the right regulations
https://arena.gov.au/blog/75-renewable-nem-possible-by-2025-aemo/
Also US has cheaper gas so why not use a HUGE economic advantage we have with renewables
75% renewable NEM possible by 2025: AEMO - ARENAWIRE

AEMO says that Australia already has the capacity for the NEM to reach 75% renewable penetration, but market and regulatory reforms will be needed.

Nope. Here’s a graph by @KetanJ0 based on recent figures: 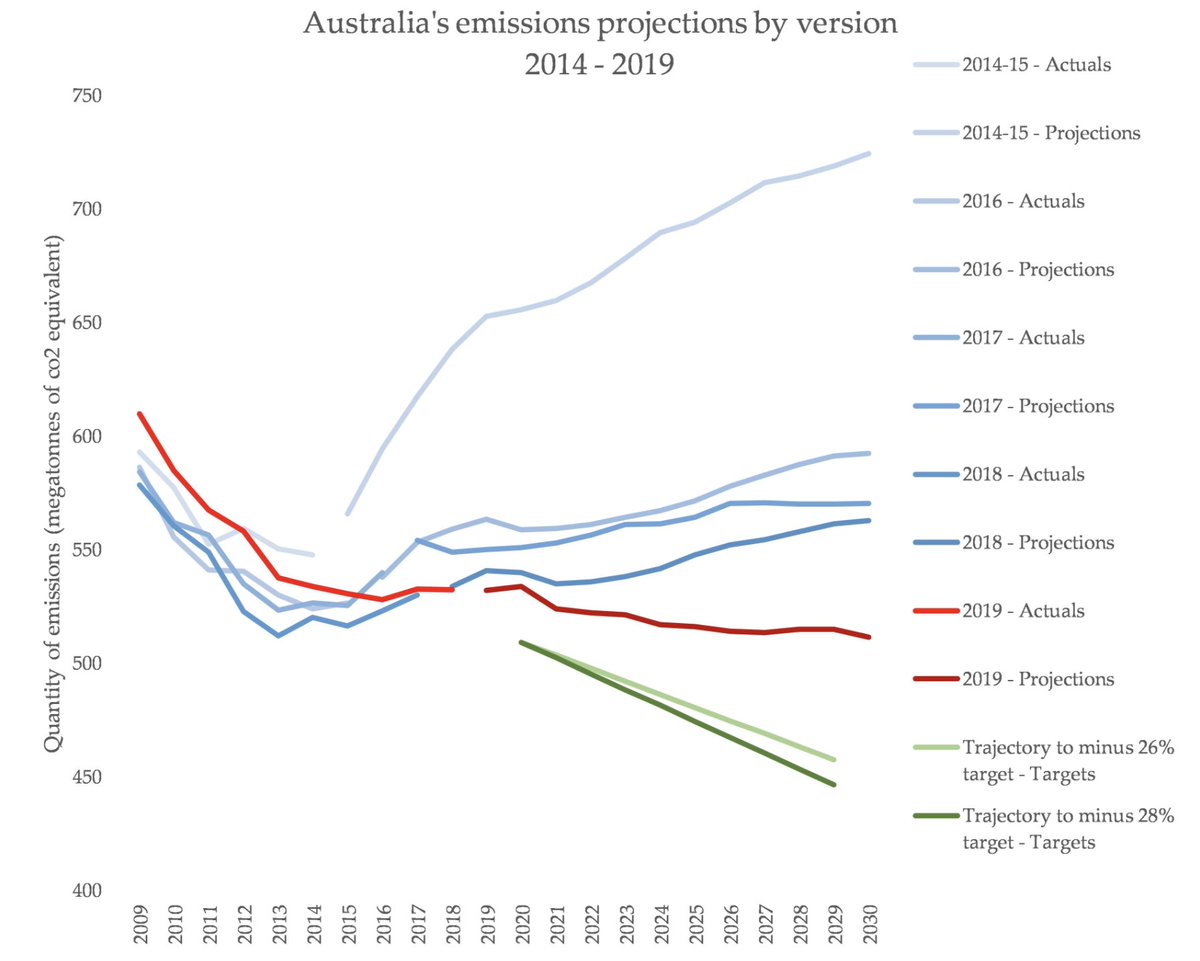 Also, the EIA recently announced that 2019 was the first year in US history that renewables surpassed coal energy generation. It's like the rest of the world is starting to listen to music on streaming platforms but we still want to play cassettes.
https://www.eia.gov/todayinenergy/detail.php?id=43895&src=email&utm_source=morning_brew
You can follow @damongameau.
Tip: mention @twtextapp on a Twitter thread with the keyword “unroll” to get a link to it.