Read on Twitter
My friends and I were on medic duty yesterday in Brooklyn, and were specifically targeted by the cops, despite being clearly marked as medic help. We were charged by them several times. One of us got arrested. Want to give statements to media/news. Please RT.
#GeorgeFloydProtests 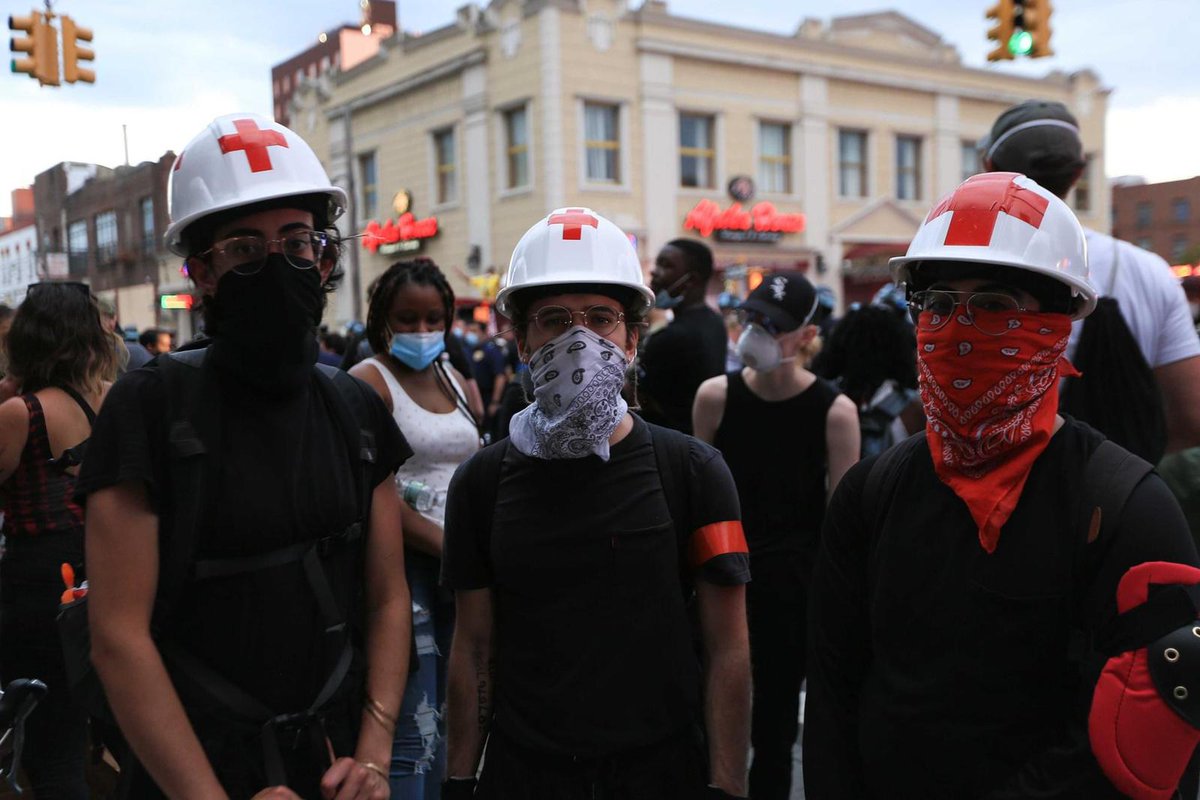 We treated people who were pepper sprayed throughout the day. Chief of police tackled one of us,and said "I've been waiting all day for this. I want to drown you in your milk." Then arrested him. We were beaten by cops while on our knees giving first aid help
#GeorgeFloydProtests
Police charged us several times and we backed away, while carrying people who couldn't see because they were maced. One of us answered back to police "What are you going to do, kill me?!" and police shouted back "Yeah I'd like that."
#brooklynprotest #GeorgeFloydProtests

We heard from other people who were medics in #Brooklyn that they were specifically targeted by the police yesterday. Police are out intentionally harassing journalists and medics throughout the country.
#GeorgeFloydProtests
Footage of my friend getting tackled + arrested. You can hear him clearly yelling "I'm a medic" several times. He was on his knees giving first aid to someone when charged.
Police chief brutalizing him said he'd been waiting to catch him and medics all night.
#GeorgeFloydProtests
You can follow @sa0un.
Tip: mention @twtextapp on a Twitter thread with the keyword “unroll” to get a link to it.