Read on Twitter
<MUELLER MEGATHREAD THAT I'M NOT GOING TO WRITE>

There's another dump of redacted Mueller 302s and I'm gonna just put the link, you can read it and decipher if you want. 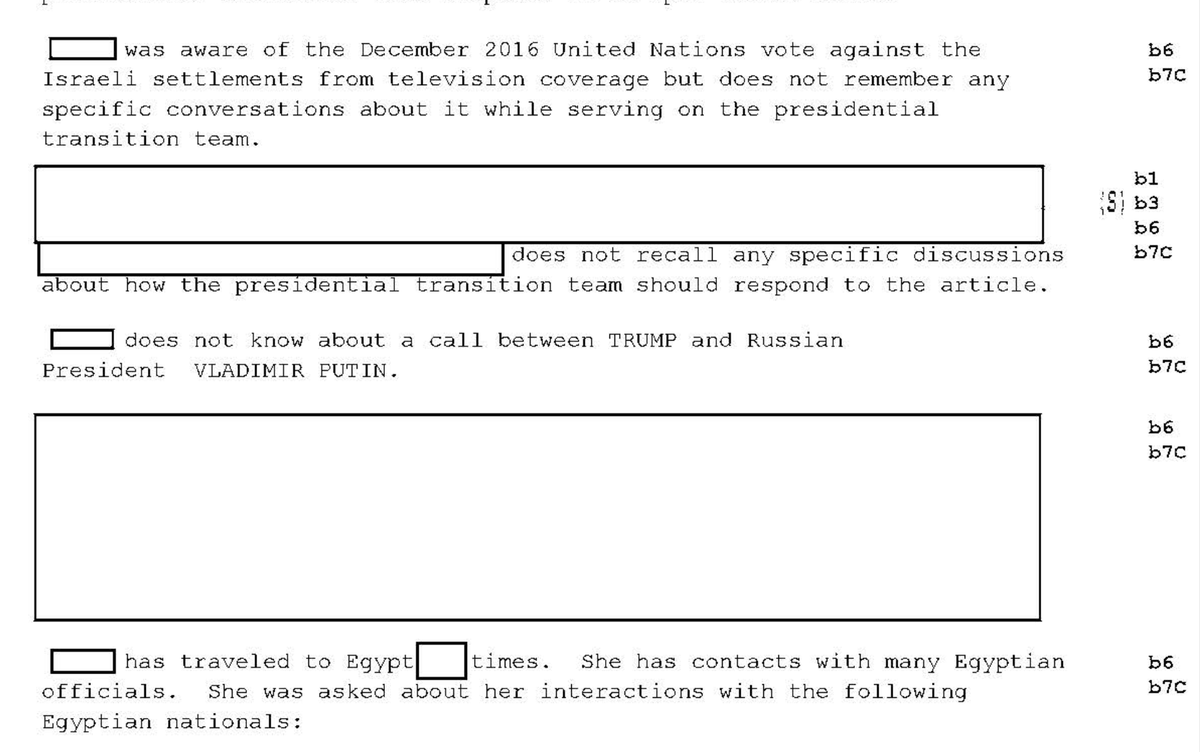 Since an agent of foreign powers owned by the Mob was elected president, I've tried to help introduce my fellow citizens to this obscure world and boil things down to human language.

I could do so forever. It's time to move ahead and get the truth out there - for real. 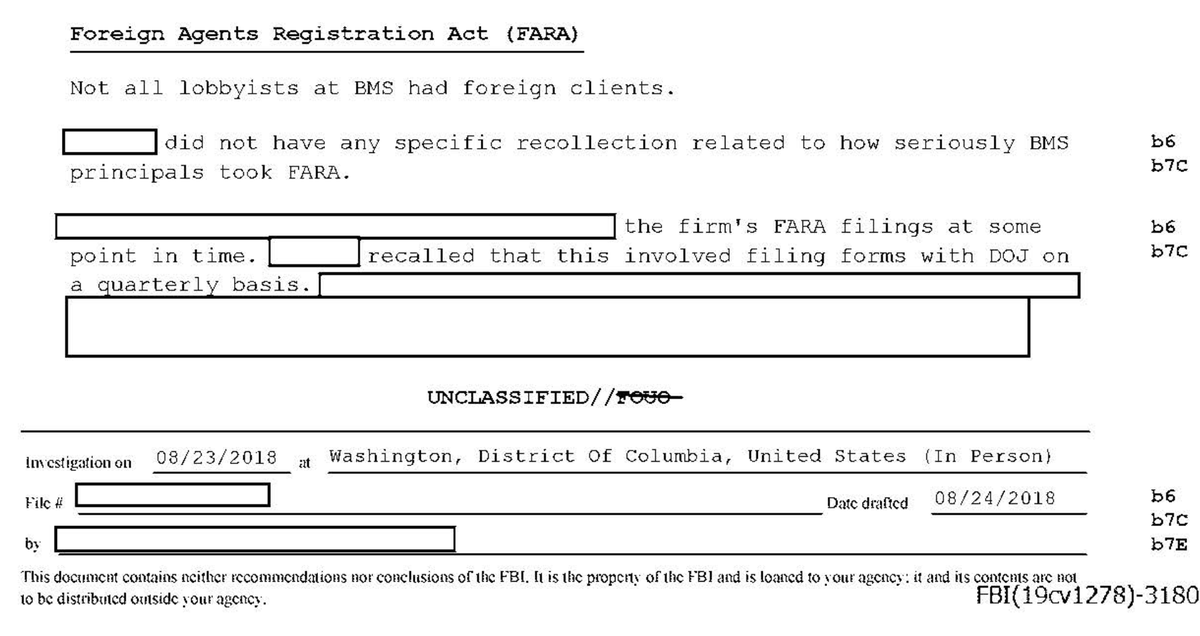 Here's who to focus on: Einstein.

Because the nuclear bomb changed everything. And begins our true story today. 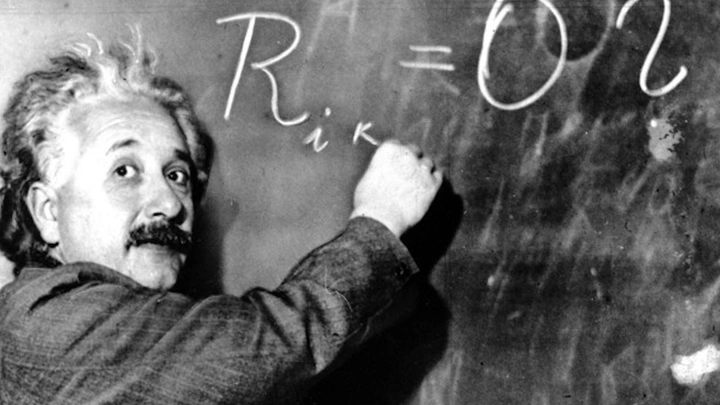 Many people wonder quite what my professional background is. I say "strategic intelligence," which is another way to say looking at the long-term future on a large scale.

A term I also use is futurist. Why are there futurists? Because we invented nukes.

The fact is, war didn't really change that much between the Roman Empire and 1944.

Infantry (trained, armored), Cavalry (heavy), and Artillery (chuck something at you.)

Almost all strategy centered around those categories for centuries. 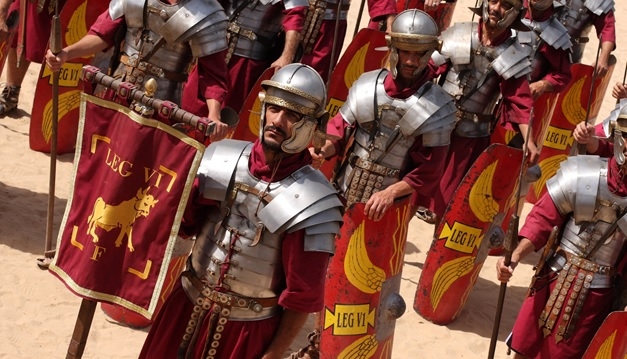 Of course there have been a million small changes from tactics to technologies. And many experts would argue that radio and airplane were major changes, and...sure.

But the game didn't really change until - suddenly - we could fucking murder everyone at once.

And by "fucking murder everyone," I of course don't just mean the entire army of the other guys.

I mean, inside a few short years we went from grueling trench warfare to the ability of a very few men to kill literally every person on the entire fucking planet. At once. 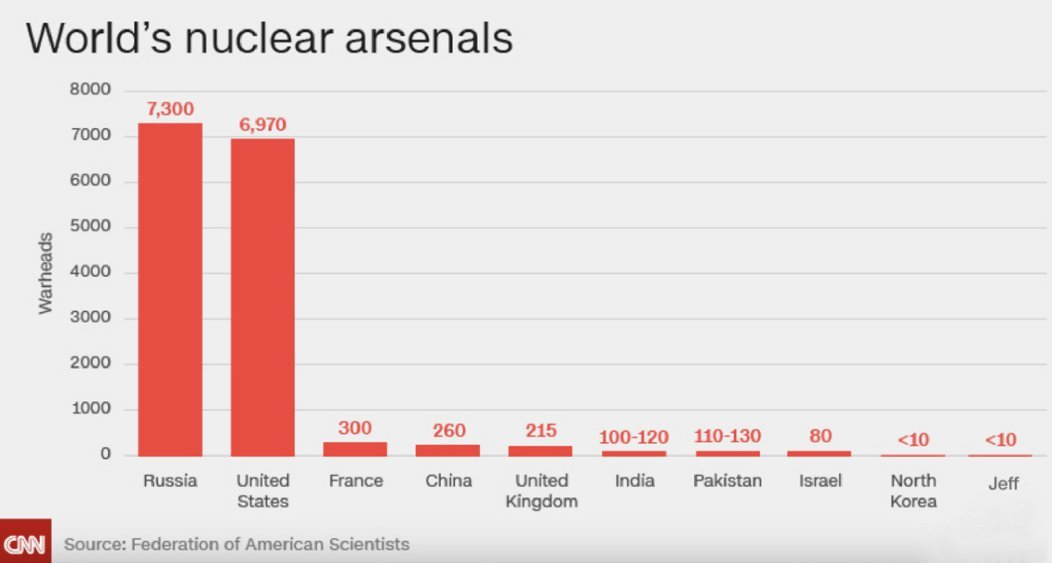 We all feel psychically overwhelmed these days, what will psyops on social media, the plague, and all the rest.

But imagine being those scientists and military planners. They realized what they had done.

Futures studies was born from that. Immediate need to think clearly. 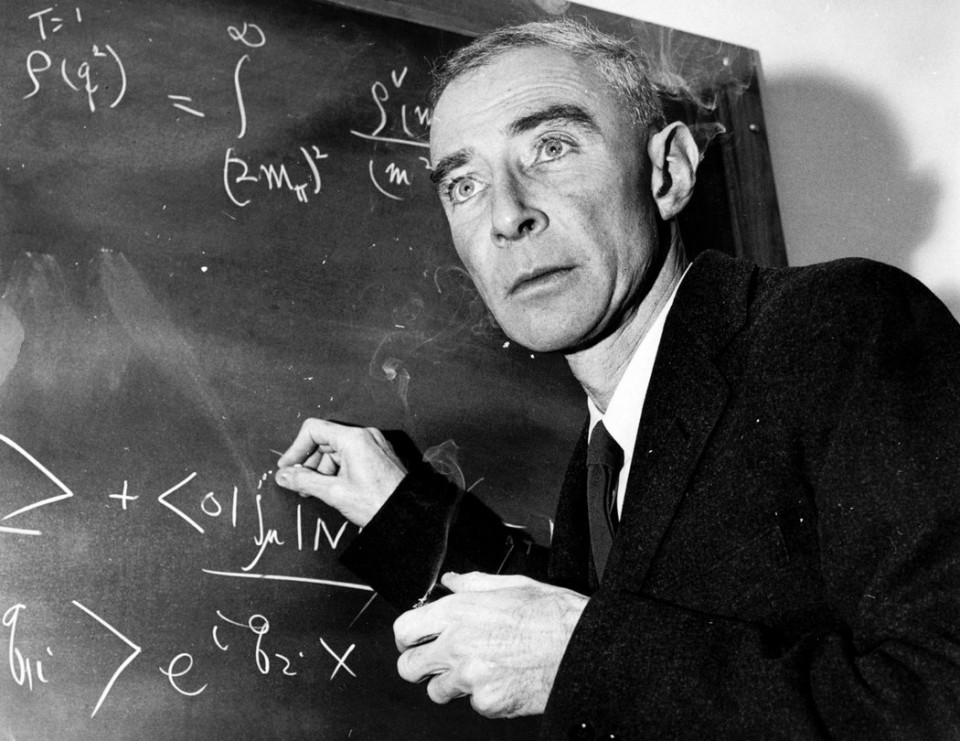 Because here's the long and short of it. World War I and II were shitshows. And we only ended the latter technically.

Stalin was headed for Portugal and willing to kill and rape everyone in his way. 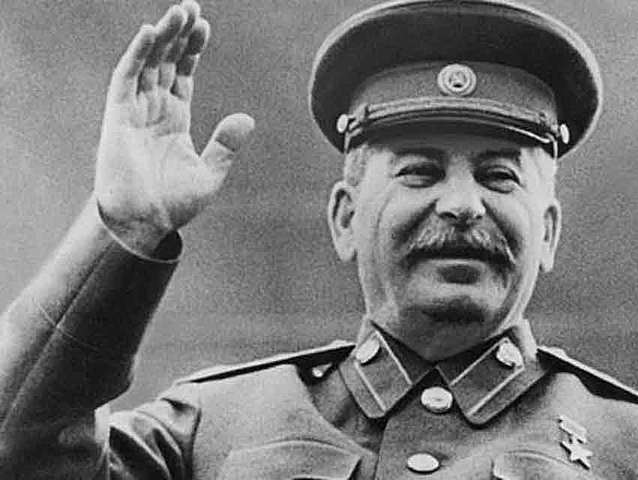 Then there was China, an old culture that had lost patience with being pushed around by the West and which apparently longed to kill its OWN people with murderous, senseless zeal.

So in the "Cold War," America faced two countries willing to murder millions of their own. 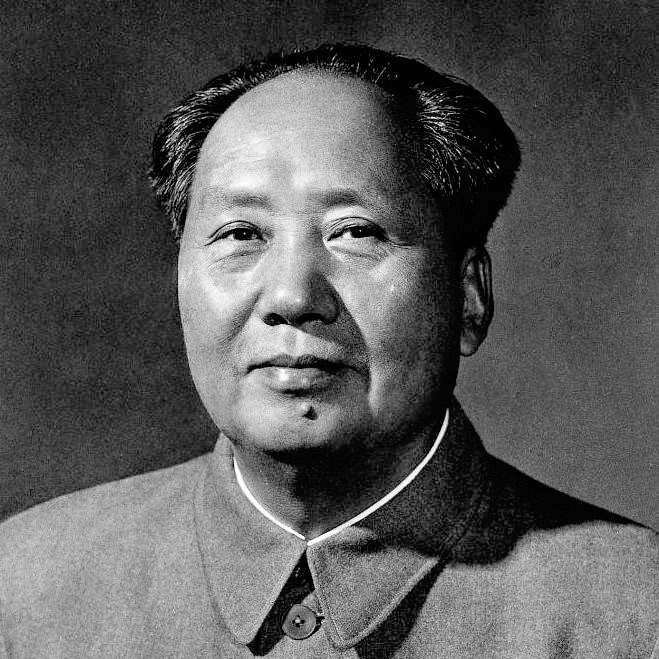 Ethel and Julius Rosenberg helped the Soviets level up their mass murder game with U.S. technology and the world changed permanently.

We very quickly lived in a world where everyone could be dead from a few wrong political moves.

It was brand new and terrifying. 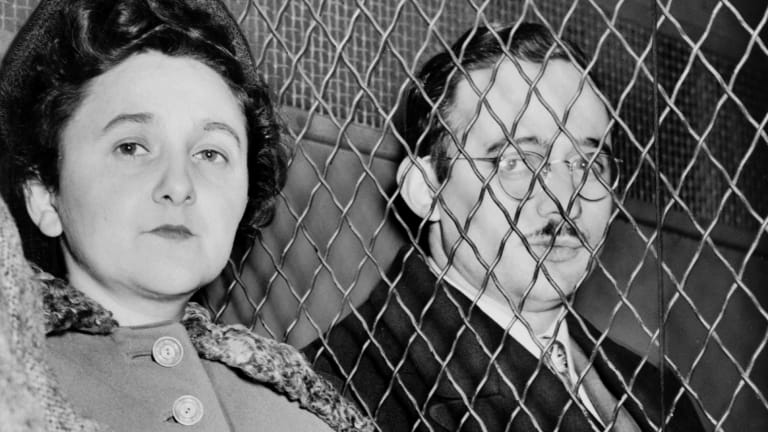 In public, the great powers tried to give the world a preview of who would win due to their obviously superior scientific prowess. This looked cool at times. 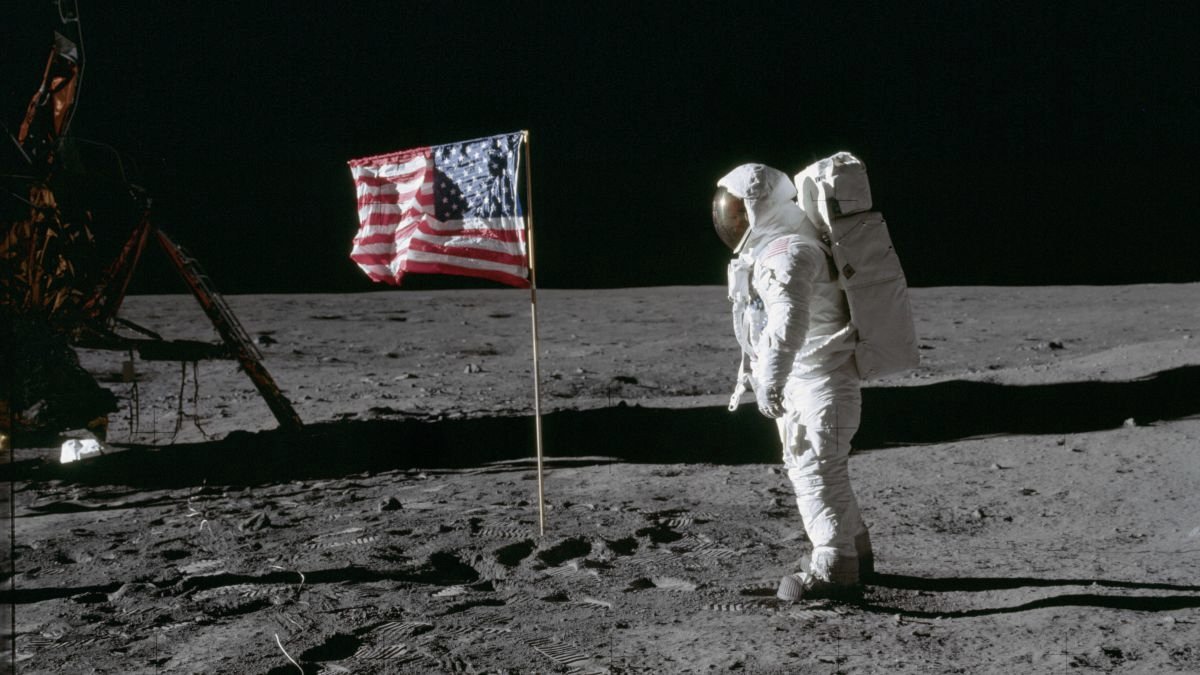 Now here's a secret that only spies have really understood - the thing that inspires many of them to drink themselves to sleep at night.

Russia and China have always signaled that they'd be cool killing billions if they would win in the end.

The U.S., much less so.
And spare me your whataboutism on U.S. expansionism and slavery - yes, all of that is true. And it's not the same as being willing to unleash, for example, engineering viruses on mass populations.

It's not the same as melting the polar ice caps to fuck with your enemies.
This has been the game since 1945. America generally tries to de-escalate and Russia/China push back with their willingness to exterminate millions.

And if you want to argue this, fuck off - there was no Holomodor or Gulags or Cultural Revolution in America since '45.

This is us building CIA headquarters, an agency invented to keep up with Russian espionage. 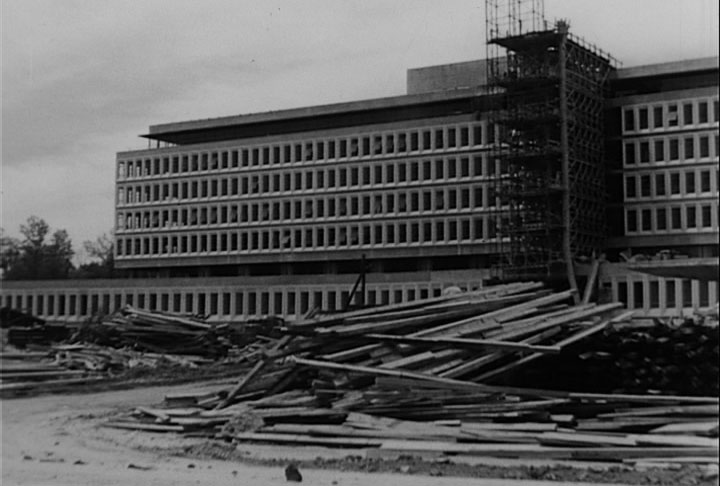 The common history is that the Cold War ended in 1989 or 1991, and until then, war was fought through espionage and proxy wars and arms deals. 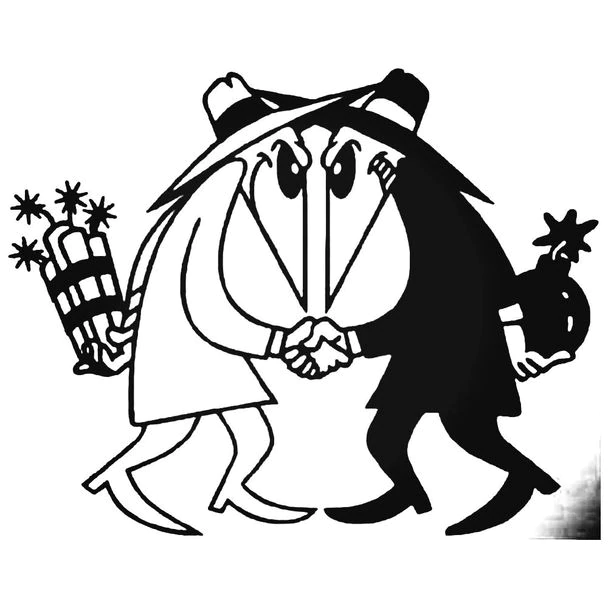 Basically, the Intelligence Community has existed to keep track of Russia, China, Israel, et al. and their espionage, arms dealing, money laundering and organized crime - going back to World War II at least.
All that evolved through the years. For example, now giant set of data on individual citizens is the new arms dealing.

PsyOps through social media is the new funding insurgents for proxy wars.

And now, that has to change.
The entire Intelligence Community runs on secrecy and double agents and all that, and here's the lay of the land, at last:

- Russia and China are exposed. Israel too.
- The use of agents is so rampant they're not just in the White House, they're PRESIDENT. In multiple countries.
- Espionage has, for years, intersected with organized crime, this beast that was fed by America's idiotic Prohibition which created offshore banking and corroded democracy.
- That organized crime is so big it too now infects the White House
- When America clamped down on Mob banking Russia went nuts and went for our throat. And got caught.
- When America clamped down on economic espionage and drugs, China went for our throat. And maybe unleashed biowarfare on the world.
- All of this is PAINFULLY out in the open now, and frankly the only thing keeping people from realizing it is the billionaire/Mob control of mass and social media.

- Shit is so dysfunctional people are dying, unemployment is 30%, and we can't go to the fucking pool this summer
GIVEN THE ABOVE, I kinda think that another Paul Manafort thread is superfluous and we should move onto: a bunch of political and business elites just tried to overthrow civilization.

We have laws. We need to wise up, throw people in prison, and move forward.

But how?
Well, there may need to be a Global Movement of "Let's Cut the Shit and Tell the Truth."

You may not be ready to think like members of the Intelligence Community, but we're doing a REALLY SHIT JOB at hiding any of this any more.

We're living the unthinkable.
Several people in positions of authority have been playing dirty so long, and they're so caught, that rather than admit the obvious, they're opting for the overthrow of democracy, and even letting millions die.

Well, speaking as just a regular guy like you, fuck that.
I find these few people's desires to bathe in Chateau de Frou-Frou champagne and bomb the world and hide in New Zealand in their bunkers really useless and boring.

And we're getting the mass casualties anyway.
So here's a humble suggestion I've been chewing on with @LincolnsBible in the hopes that we get back to a world where we can GROCERY SHOP WITHOUT A VOLCANO SUIT and have elementary schools and go swimming in July:

We need some radical honesty. Reeeeally radical.
Like, we could always start with, HEY, WHO IS THE FUCKIN' ASSHOLE, WHAT IS HE UP TO, AND WHY?

Now, I know many of those answers - but he owes them to us.

OUT WITH IT ALREADY. 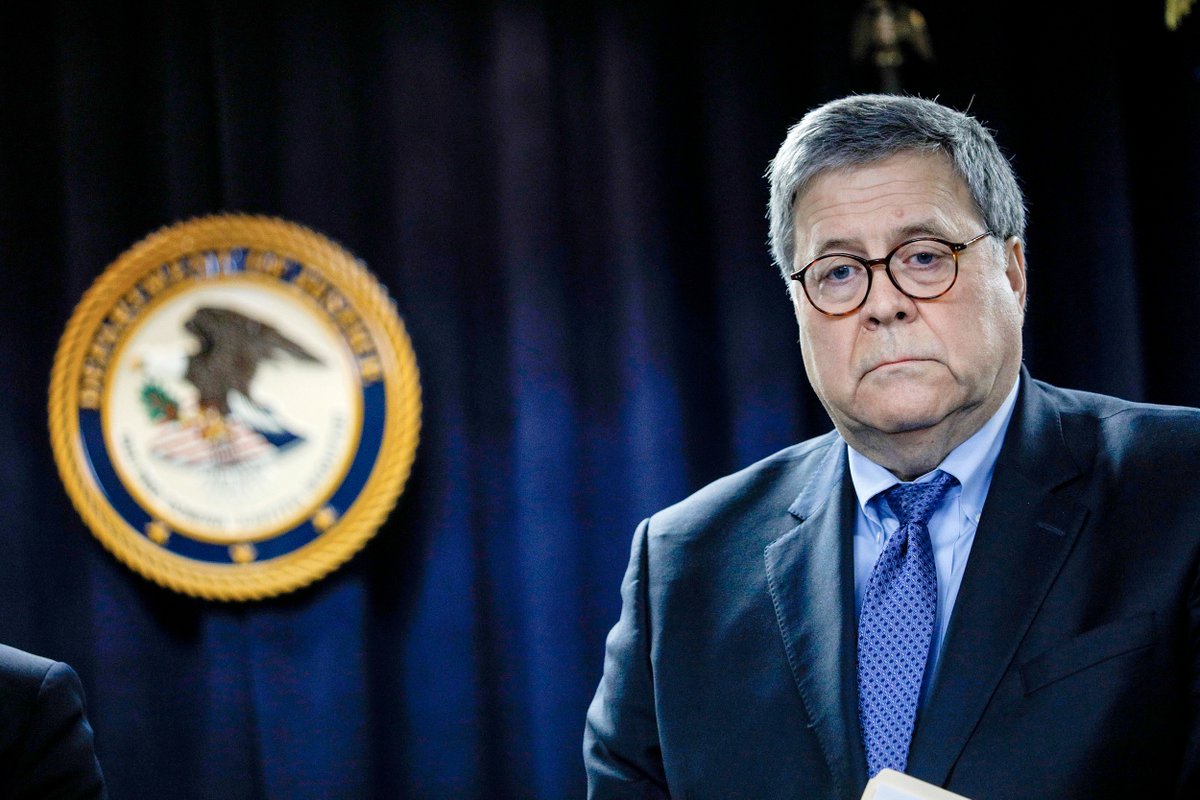 Seriously, this guy walks on like Keyser Söze or some shit and cancels all the laws and I guess he knew Mueller and worked for Bush and...

YO. WE WANT TO GO OUT TO DINNER AGAIN. SOMEDAY.

NOW WHO THE FUCK ARE YOU AND WHAT ARE YOU DOING, BILL?

We can start there. 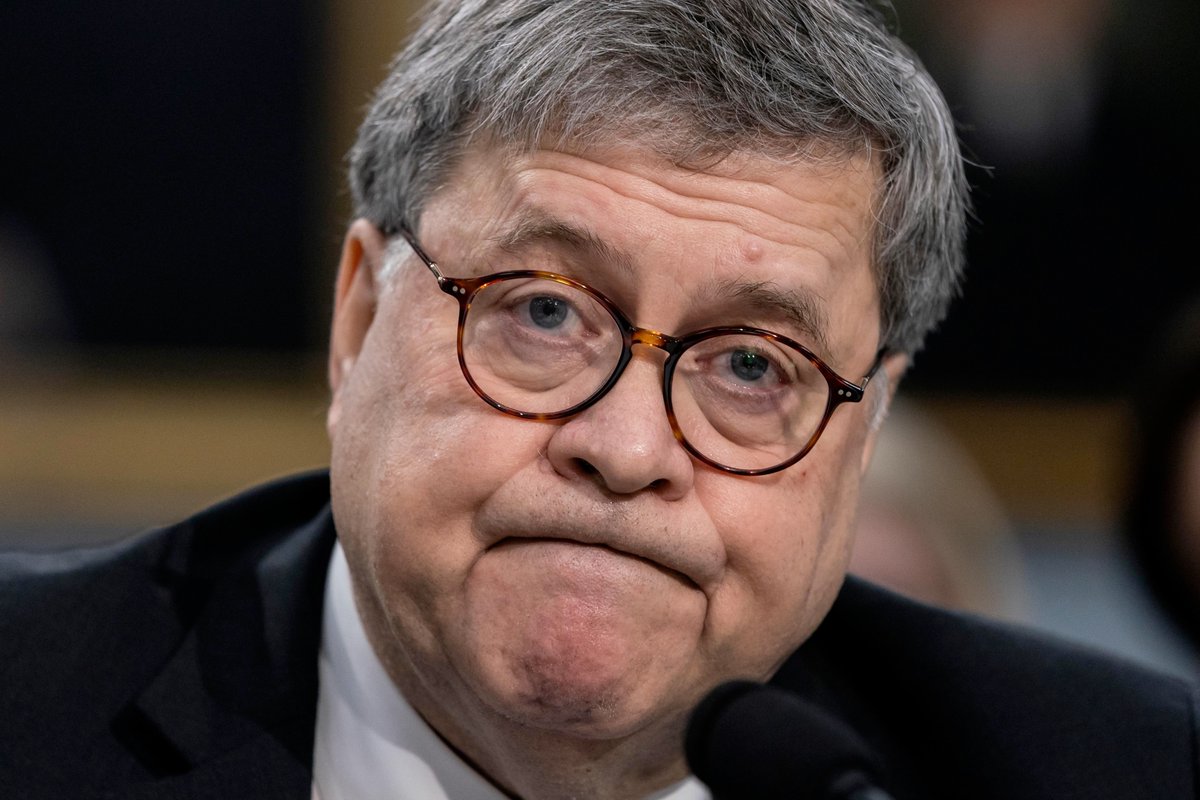 Barr's Dad hired this Epstein guy, who then had this girlfriend who's kind of a pimp and nobody would really jail him and she had a submarine and she was at Chelsea Clinton's wedding and

HEY HOW ABOUT YOU LET US IN ON THE FUCKING SECRET.

BECAUSE THE POOL IS CLOSED THIS SUMMER.

Intel analysis is about learning how an infinite number of complex, totally boringly simple parts fit together and then trying to make decisions not suck.
So, like, I could give you 8,000,000 details about what's going on with various Ops, such as Ghislaine Maxwell, but long and short of it is - get powerful guys on tape being naughty and they do what you want.

And some countries do that systematically. THE END. 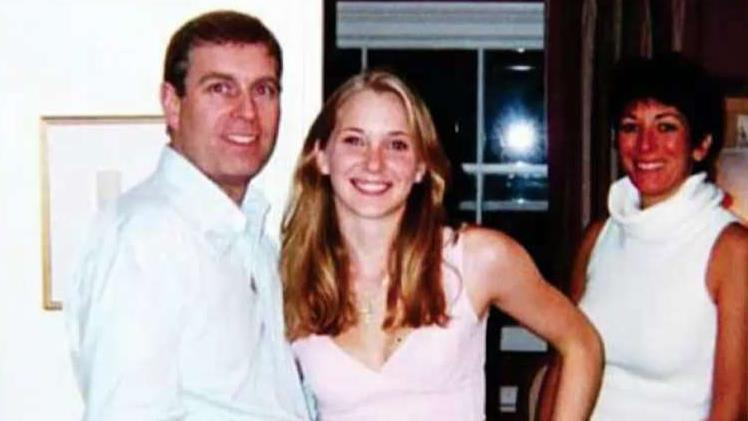 Anyhow, so on the list of "secret" things out there we need to just discuss:

- They got so big they ended up running shit, which doesn't really work well; they suck at it
Oh this one is really big:

Because we all willingly gave all these dictatorships our psychological profiles in exchange to see pictures of ourselves with our old haircuts and keep in touch with family.

And that changed democracy. 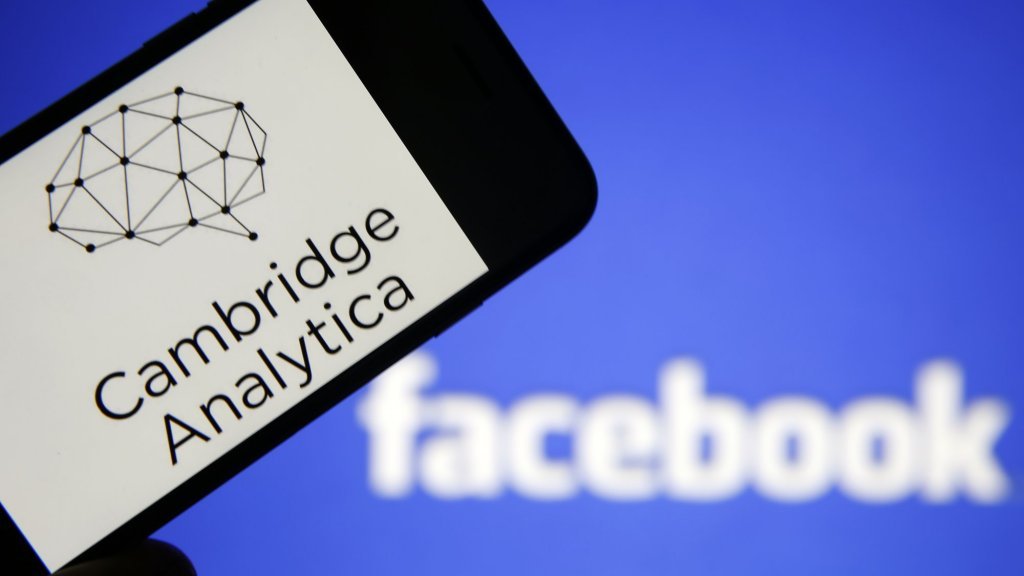 Seriously, about five years of us all reacting to news and posting pictures and sending private messages (LOL) on Facebook gave the Bad Guys enough data to start the most effective propaganda campaign in history - and it actually put this asshole TRUMP in the White House. 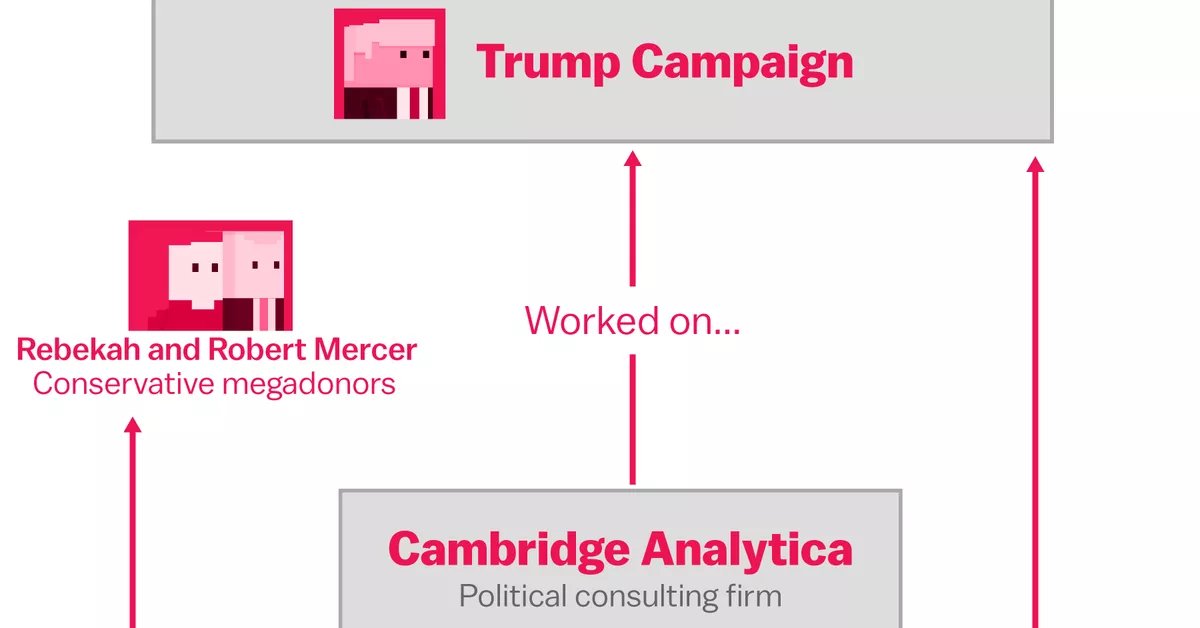 You see why we're kinda at the end of the story?

They keep trying to distract us, but the truth is out.
The truth is out:
- They've got a list of all our college lovers and pictures of our mullets in 1986; also how we vote
- We KNOW they have that list
- All the offshore banking is now being discussed
- The fact that China, Russia, Saudi and others are enemies is now clear
So I and others can drone on and on, hinting at various Things That Were Secret But Now We Can and Must Discuss Them Because Democracy but I come back to this other element that drives perhaps even more dialogue:

NO SUMMER CAMPS AND MAYBE NO FUCKING CLASSES THIS FALL? GAHHH!
See, this is where The Elite Secret Powers That Be *really* screwed up because now, with this COVID stuff, the entire system is frozen up, we can't go to the goddamned lake after this hell-whore first half of 2020, and...

...well, we can't do anything until it's fixed.
Meanwhile, the truth is out in large part and these two idiots are running around with the *absolute help of the media, social and otherwise* trying to convince us that "2+2 = rutabaga."

So we need to move forward. I think we're ready. 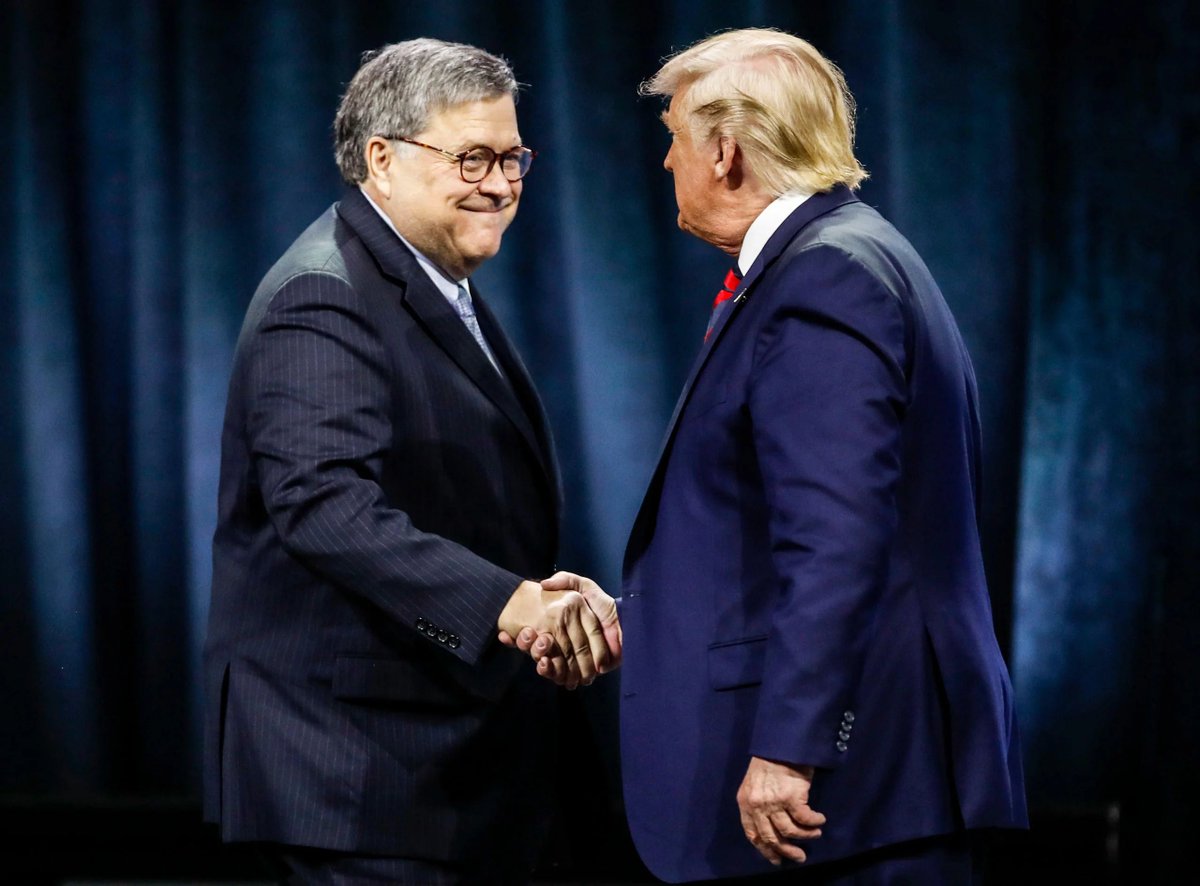 It's time to expose what these guys are *doing in broad daylight anyhow.*

I mean, why not explain Iran Contra and arms deals and wars and 9/11 and all that.

WE CAN NO SOONER GO DO A DANCE CLUB THAN MARS RIGHT NOW. So we have the time to explain this well.
More later, I suppose - but I think I'm done explaining Flynn and Bannon and these assmonkeys any longer.

Nunes and Graham and those traitors, too. You get the joke. Hopefully the Democrats will send out *their* traitors too and then we can put this partisan crap to rest.
So happy summer to you, fellow humans.

Let's get to the bottom of this so we can enjoy life on this rather beautiful planet. There's a lot to love. 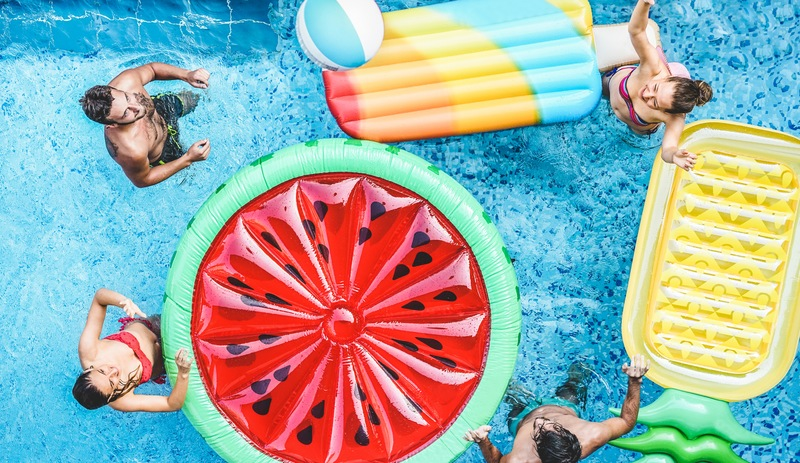