Read on Twitter
Good day! @angusreidorg's signature quarterly study on how Canadians view their premiers' job performance is out. Suffice to say, this wave is an anomaly wrapped in outliers sprinkled with exceptions. Follow along as I walk you through the data

To begin, you can read the full results here: http://angusreid.org/premier-approval-may2020/
Premiers’ Performance: COVID-19 responses prompt massive increases in approval for most, but not...

Only Alberta’s Kenney and Manitoba’s Pallister have sub-majority approval this quarter May 28, 2020 – Provincial leaders across the country have had one priority over the past three months: dealing

http://angusreid.org/premier-approval-may2020/
So let's start with the full picture. Here's the number of people in each of the provinces (with populations large enough for us to measure) who approve of their respective premiers: 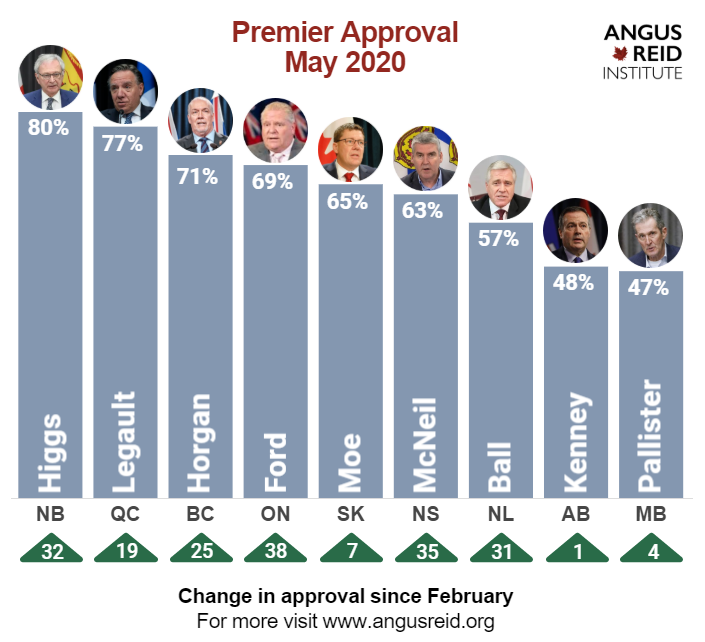 Remember when I said this wave was an anomaly? It's the first time we've measured premiers' performance since the #COVID19 pandemic was declared. And people are really, really, approving of the way some premiers have handled the crisis
Take @BlaineHiggs, for example, in New Brunswick, where there have been relatively few cases and his approval has jumped a whopping 32 points: #nbpoli

Or, premier @francoislegault in Quebec, at 77% approval, an increase of 19 points over last quarter. Quebec has been among the worst hit by #COVID19 and there will be a reckoning around seniors care, but people there like Legault's style: #assnat 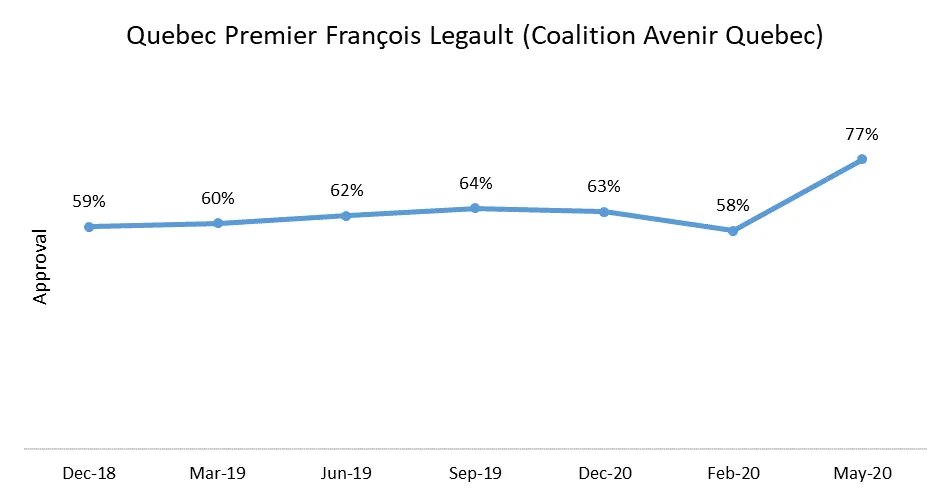 People have spoken of the @fordnation renaissance. Indeed, the once-extremely divisive premier of Ontario is how warming hearts across the political divide via his handling of the #COVID19 outbreak, and his approval has more than doubled over last quarter #onpoli 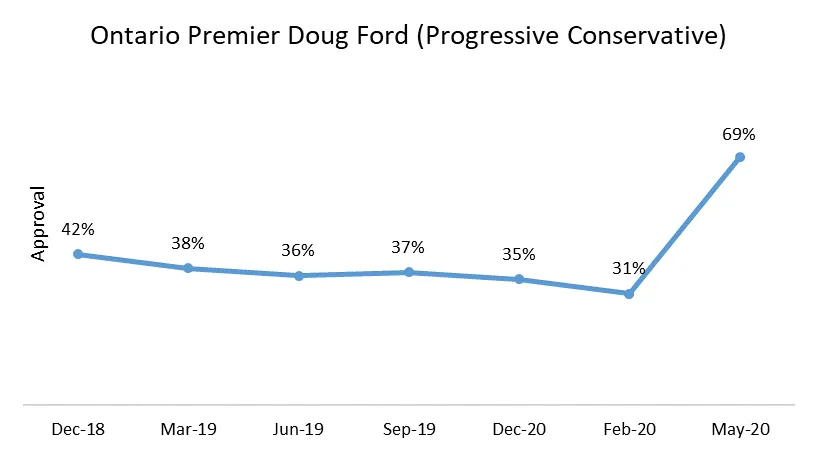 In BC, @jjhorgan usually emerges in a respectable place relative to others in this particular measure (not that it's a contest. OK actually it is, I am told the first minister put friendly wagers on this numbers). He too is rewarded big time for his pandemic performance: 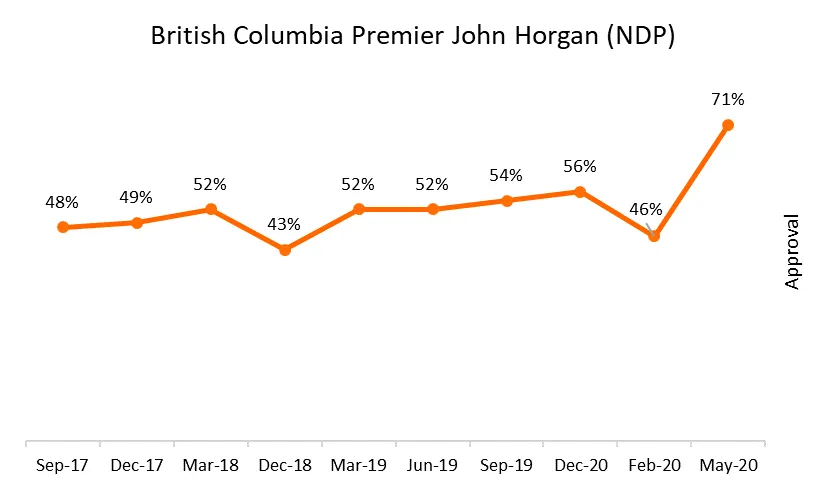 Here's another anomaly. In #skpoli, @PremierScottMoe usually is the MOST approved of premier in the country. His approval is up 7 points this quarter, but 65% approval puts him in the middle of the pack: 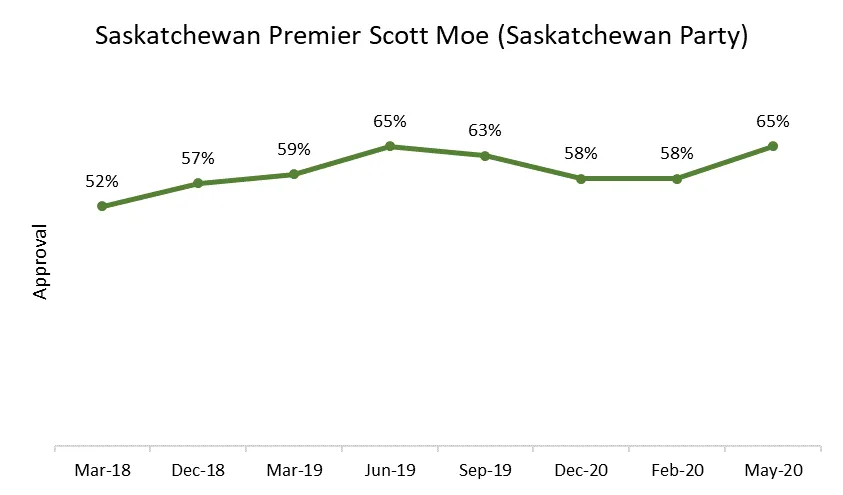 Now @StephenMcNeil aka Mr. "Stay the Blazes Home" has not seen such high approval numbers in SIX years. Nova Scotians are pretty hard on their provincial politicians, but they think he's done pretty well over the last three months: #nspoli 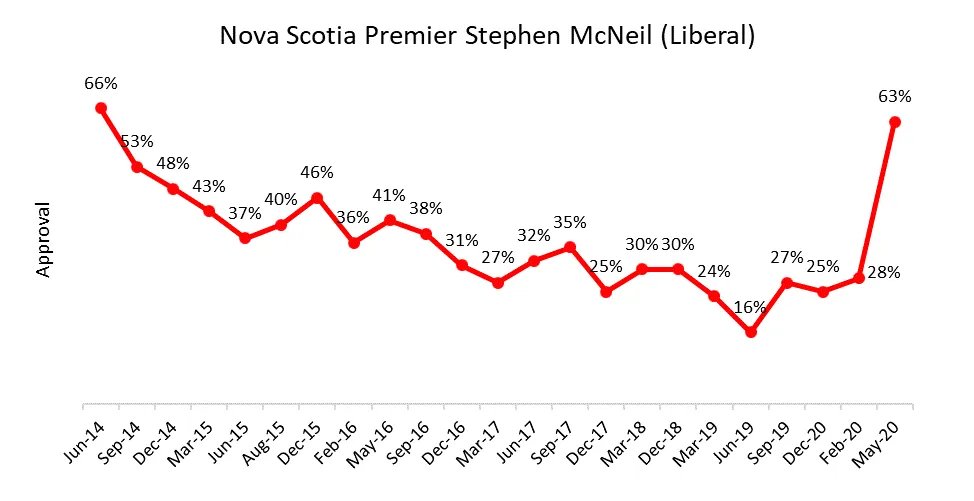 In NFLD, people were so mad at @DwightBallNL he quit and promised to go away. But his management of #COVID19 in that province has netted the premier his highest approval numbers, ever: 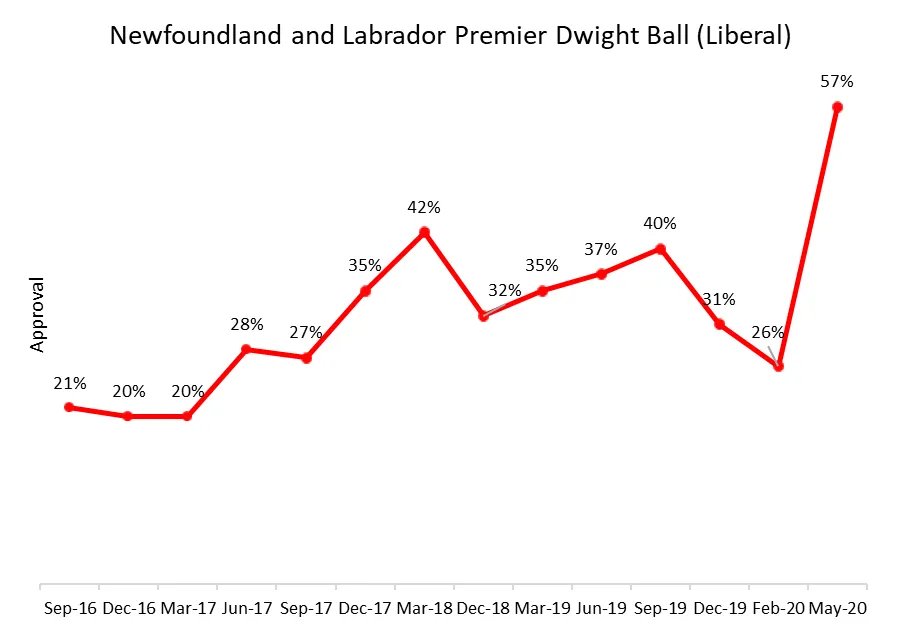 Now for the two at the "back of the pack"...
Let me first contextualize the approval levels of @jkenney and @BrianPallister as normally very good. Indeed, theyd normally be among the MOST approved of in the country. But these are not normal times.
In Alberta, Premier @jkenney has been at the helm in a province with the largest #covid19 outbreak in the country (Cargill). His approval is statistically unchanged over last quarter, and down 13 points from a year ago. #abpoli: 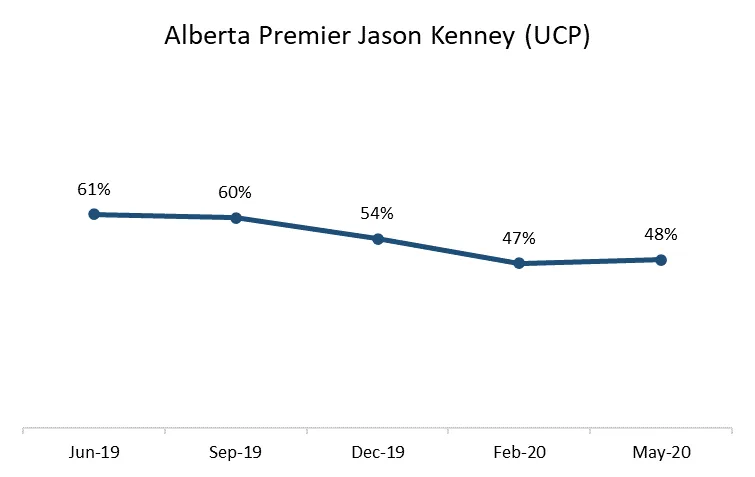 Finally, we come to Manitoba, and @BrianPallister. Now, MB has had relatively few #COVID19 cases per capita compared to other provinces. So perhaps the appraisal of his job approval by Manitobans has relied less on this factor. He's up 4 points since Feb, in a decent place: 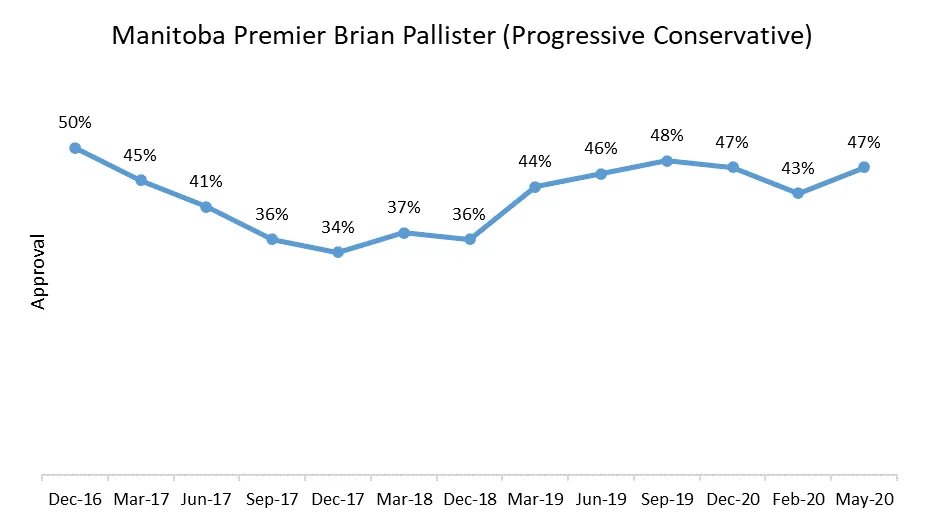 So that's the scan on premiers this quarter. This has been a time when people are looking to their politician for leadership, neutral tone, action and reassurance. They appear to be finding it at the provincial level.
Thank you for following along, special thanks to my colleagues at @angusreidorg, and you can read the full report here: http://angusreid.org/premier-approval-may2020/
Premiers’ Performance: COVID-19 responses prompt massive increases in approval for most, but not...

Only Alberta’s Kenney and Manitoba’s Pallister have sub-majority approval this quarter May 28, 2020 – Provincial leaders across the country have had one priority over the past three months: dealing

http://angusreid.org/premier-approval-may2020/
You can follow @ShachiKurl.
Tip: mention @twtextapp on a Twitter thread with the keyword “unroll” to get a link to it.