https://theintercept.com/2016/10/09/exclusive-new-email-leak-reveals-clinton-campaigns-cozy-press-relationship/
2/ G2 provided emails and internal strategy documents to the Intercept. The authors—Greenwald and Lee Fang—published three of the PDFs.

3/ Each of these documents are attached as word docs to Podesta emails.

https://wikileaks.org/podesta-emails/emailid/12841
4/ The three PDFs published by the Intercept were created on October 7.

Curiously, each of them appears to have been created over an hour before Wikileaks announced via twitter the first tranche of the Podesta emails at 4:32 PM EDT https://twitter.com/wikileaks/status/784491543868665856

This could be a coincidence, but could also imply that Guccifer 2.0 had foreknowledge regarding when Wikileaks planned on disclosing the podesta emails. 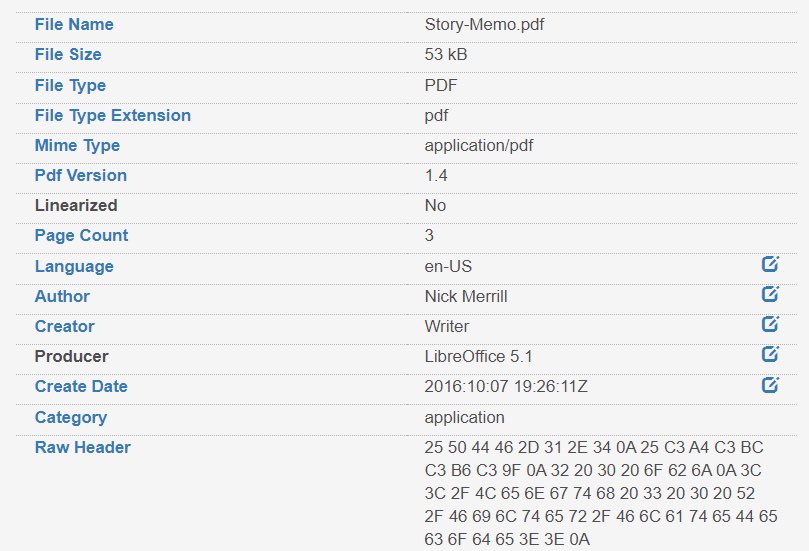 6/ This raises a few questions. First, did G2 have foreknowledge, and if so, how? The latest publicly available Twitter DMs between Wikileaks and G2 are from July 18, 2016. Did they communicate over twitter past that date? If so, were none of those DMs useful for Mueller?
7/ I’ll go out on a limb and say that if there are DMs between G2 and Wikileaks that go past July 18, it wouldn’t surprise me if they included Wikileaks chastising for lying about being Wikileaks’s source, or something of that nature.
8/ A further question: why did Guccifer 2.0 choose to send documents found as attachments to Podesta emails right around the time when Wikileaks was disclosing them?

In my view, this is yet another instance of G2 seeking to insinuate he was the source for Wikileaks.
I’d welcome further thoughts, analysis, from my fellow G2 skeptics, including @with_integrity, @ClimateAudit, @bleidl, @JaapTitulaer, @Larry_Beech, @FOOL_NELSON, @langdaleca, and @guccifer4.
There’s one other interesting thing I noticed in the medata, though I don’t know whether it is significant at all.

The “raw header” metadata for all three PDFs is identical to that found in the PDF version of the infamous doc “1” that G2 sent to Gawker.

You can follow @Guccifer2Henry.
Tip: mention @twtextapp on a Twitter thread with the keyword “unroll” to get a link to it.