Read on Twitter
The picture with the @PublicProtector & Lebo Mafokane touring Plot 323 were taken in August last year, though… when the tents were still up & before the houses were built…

The houses you see there now were as a result of the Public Protector’s assistance & intervention. https://twitter.com/lawsonnaidoo/status/1264632204501692419

I didn’t even know of the site visit until I saw that obviously shady tweet, so I did what a responsible adult who prefers spreading information instead of lies & misinformation would do: Basic research.

As part of the intervention, the Public Protector mentioned that she plans to invite the Gauteng Provincial Government, the City of Johannesburg, the Department of Home Affairs and the Human Rights...

https://roodepoortnorthsider.co.za/302028/public-protector-to-fast-track-housing-for-tent-dwellers/
For those interested, here is a picture from the site visit yesterday (after the construction of the houses & with all those present visibly adhering to the COVID-19 Disaster Management Regulations): 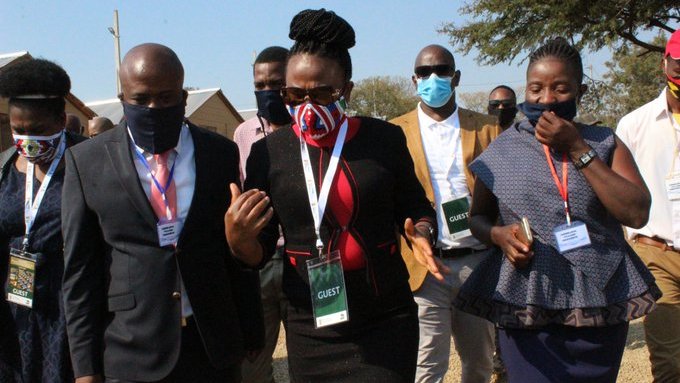 For those for whom facts matter:
• The Office of the @PublicProtector (led by @AdvBMkhwebane) received a complaint in connection with evictions & the dire living conditions at Plot 323 in Wilgespruit, Honeydew in mid-2019.
• 3 August 2019: Office visited the Plot and was shown around by Ward 97 ANC deputy chairperson, Lebo Mofokane.
• November 2019: The first mobile clinic was opened in the Ward. Government confirms that housing will be prioritised.
• April 2020: @The_DHS announces that the 72 housing units are completed & ready for occupation.
• 24 May 2020: With masks on, the Department hands over the units. Present were the two Chapter 9 institutions that represented the interests of the community & pushed delivery.
You can follow @MaS1banda.
Tip: mention @twtextapp on a Twitter thread with the keyword “unroll” to get a link to it.