Read on Twitter
India has also begun a series of strategically important projects in Ladakh. The Foundation Stone for US $ 1 Billion Zoji La Tunnel project was laid by Modi himself in May 2018 during his Ladakh visit.
It will be a 14.15 Km long two lane bi-directional single tube tunnel with a parallel escape tunnel, excluding approaches on Srinagar - Leh section connecting NH-1A at KM95(Baltal) and KM118 (Minamarg).
Travel time of crossing Zoji La Pass will come down from 3.5 hrs to 15 mins.
Across the Zoji La, the Border Roads Organization has already built shining new black tar roads all along the Himayalan borderland, linking remotest military outposts along the LOC in the western sector and the LAC facing Chinese occupied Aksai Chin where our troops are deployed.
The new road India has built along the Shyok River to Daulet Beg Oldi (DBO) - the remotest and the most vulnerable area along the LAC at Ladakh has really spooked the PRC and made them profoundly upset.
That's why they have again turned to their old allies - the enemies within.
The PRC has turned to its lobby of
1. Friendly politicians with vested interest in defaming and trying to destabilize the Government of India.
2. Friendly journalists & thinktanks who have been activated and told to spread sensational lies & misinformation on Indo China issues.
Yesterday only, a retired Indian Colonel came up with a sensational lie of 5000 Chinese troops having entered Indian side of the LAC in Ladakh. Now this Colonel is a known stooge of the family and has been associated with a news channel being investigated for money laundering.
This retired Colonel himself has lied and spread sensational misinformation innumerable number of times. He has no credibility.
Many such new liars will come out with their "wires" and "print" total lies and their "caravan" of lies will go on. Never "scroll" down their content.
Now the above mentioned channel that's being investigated for fraud & money laundering was also caught lying yesterday regarding imaginary detention of Indian troops in an imaginary scuffle.
Many new agents of misinformation & fake news will come up in next few days. Be vigilant. 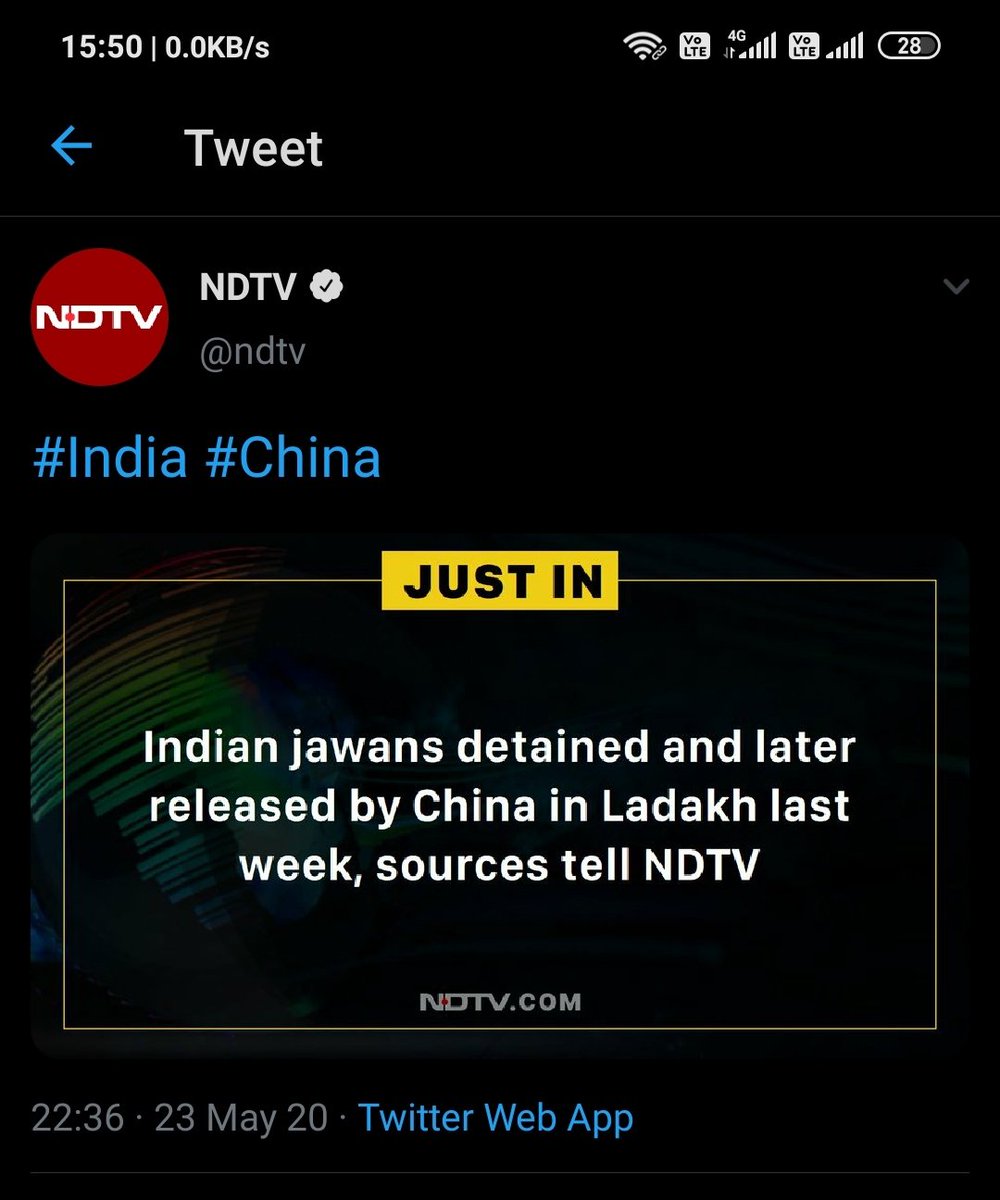 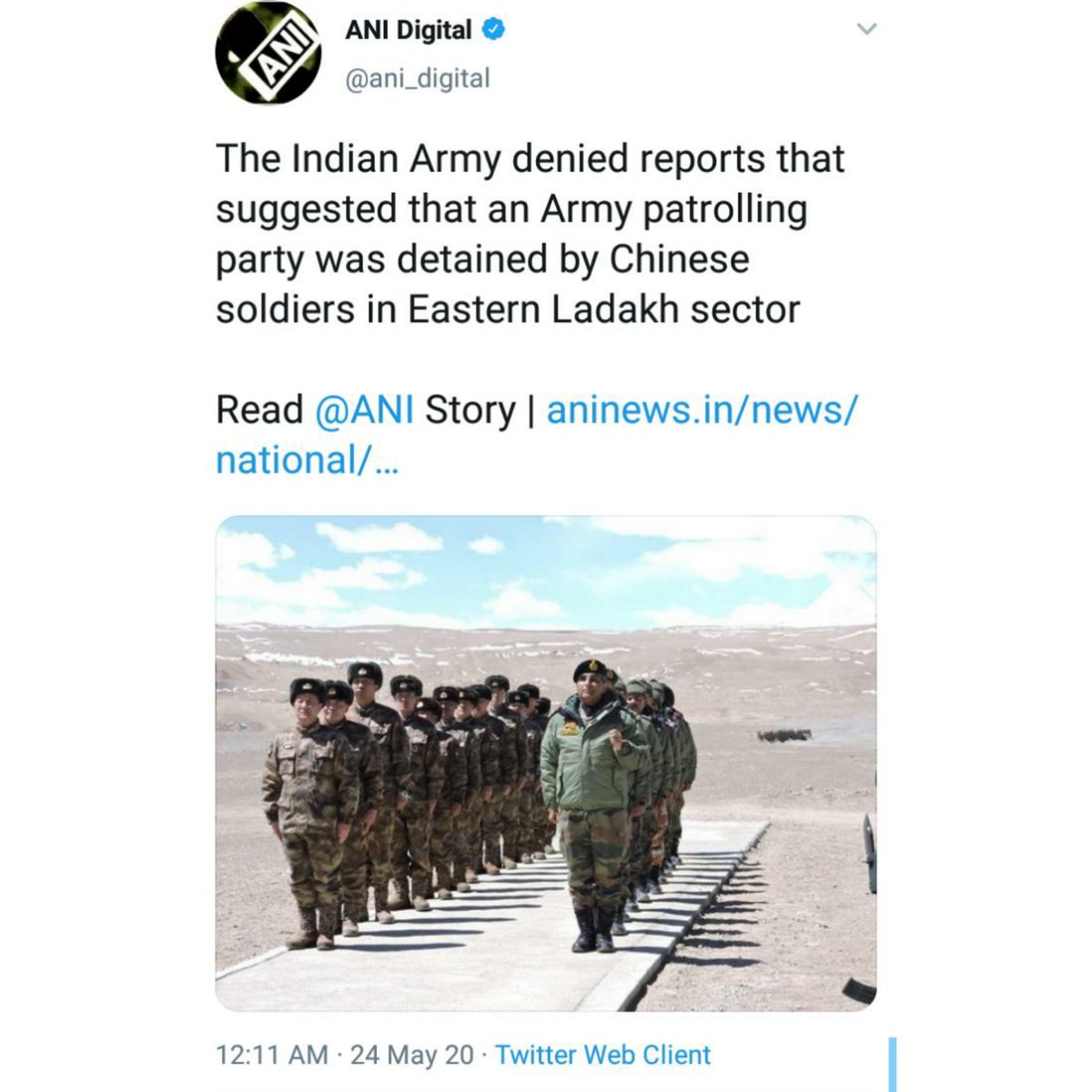 As for the opposition leader mentioned above, his great grandfather gifted Aksai Chin to China and was delusional about some concept of Hindi Chini Bhai Bhai.
But the advisers of this leader (he himself seems to be a moron, though may not be entirely so) are not delusional.
Advisers and some members of the family and its political party are so beholden to the PRC that a few days back when one of their senior leaders questioned the PRC, he was forced to delete the tweet.
Just remember one thing, national interest is supreme.
If they ever try any military misadventure, they will pay heavily in blood. They did end the 62 war on an advantage but it was not the last battle.
We defeated them and sent more than 340 of their soldiers back in their cofins in Sept Oct of 1967 at NathuLa and ChoLa in Sikkim.
The external enemies shall be taken care of by our govt and the armed forces.
We should be more afraid of the enemy within. We have always been defeated by treachery of Jai Chands, Ganoji Shirkes, Mir Jafars & Jinnahs.
Never ever believe any drivel you read or see without verifying from multiple sources. If it's a national security matter, always wait for official handles like @adgoi, @indiannavy, @IAF_MCC, @PIB_India , @SpokespersonMoD @HMOIndia @DefenceMinIndia & @PMOIndia to verify.
This thread has only one purpose - The people of India should know that there is a misinformation warfare going on in which some Indian citizens, fake news organizations & obviously foreign agencies are spreading false lies and misinformation at the behest of foreign powers.
A small correction : @adgpi was inadvertently misspelt.
You can follow @ukshahi.
Tip: mention @twtextapp on a Twitter thread with the keyword “unroll” to get a link to it.