Magnificently he is riding on his white Elephant. He is holding his powerful weapon Vajra. He is The king of all the Gods. His consort name is Indrani.

He produces rain & rules heaven. He is the god of clouds & electricity. It's said that Gandharva entertains the deities with music & dancing apsaras in the court of Indra. Once in Shri Krishna's BrajDham, worship of many heavenly Goddesses & Gods was stopped including Indra Dev. 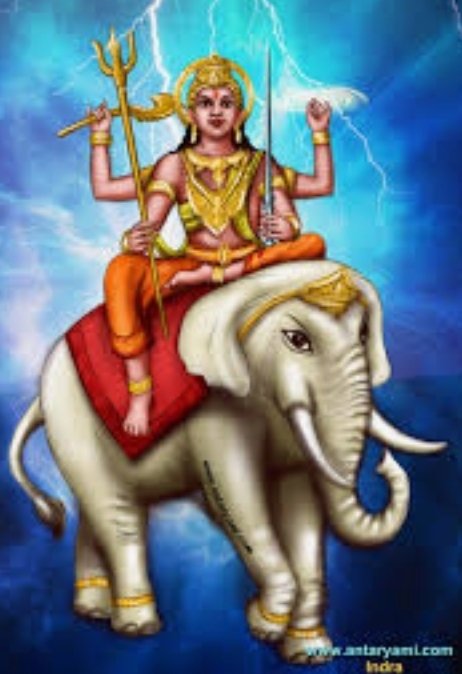 On another hand Brajwasis started worshipping all the nature's gifts for eg. Govardhan Puja, Cows, trees etc When Indra Dev came to know about this, he got fur!ous & ordered the clouds on the Holocaust to rain so that the Brajwasis would drown and be forced to apologize to him. 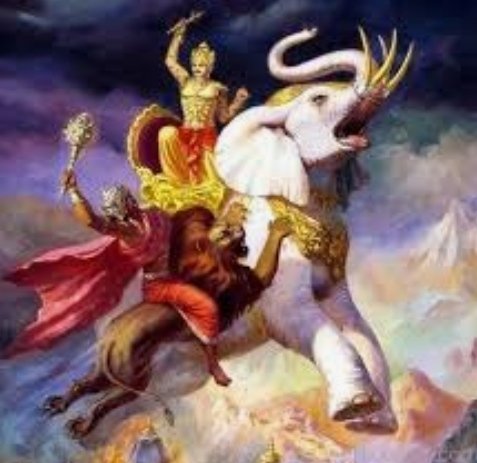 When the rain did not stop, Then all the Brajwasis asked Shri Krishna for help. On that he held the Govardhan mountain on his finger & called the Brajwasis under it.  Now there was no effect of rain & thunder on the Brajwasis when they come down the mountain of Govardhan 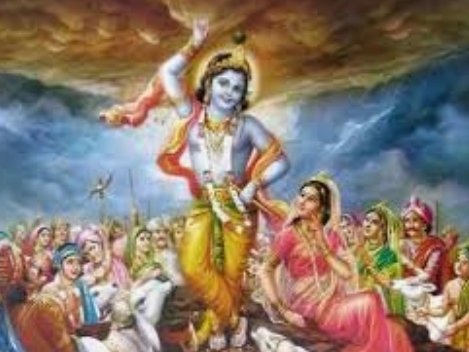