Read on Twitter
As more and more people have their premium connectivity trial expiring, I keep getting this question about how to make hotspots more tolerable and make wifi stay on even as you shift into gear.

What many don't know is in the past there was a special "tether" flag on a wifi AP,

It would be set on any AP that you would "forcefully" connect to after shifting into gear and then enabling wifi.
Wifi would stay on if connected to such AP

Then it all stopped working sparking theories from people that knew about it if it was deliberate.

I set out to research.

It turns out as model3 code was developed, old QtCarNetManager code was dropped and rewritten as QtCarConnMan by apparently a different person (new hire?) unfamilar with the codebase, so they totally ignored all the existing tether infrastructure and forced wifi disconnect in D 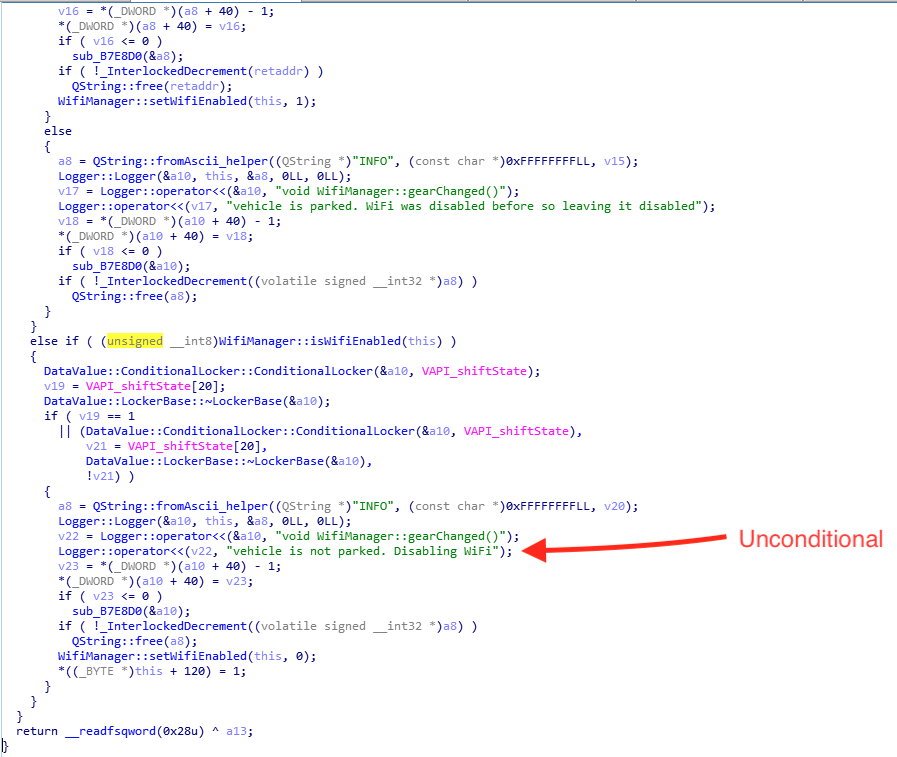 then about a year ago (2019.24) they realized how inconvenient that is and... added an option only acessible by Tesla personnel to keep wifi on when shifting to drive.
Customers got nothing and this is obviously also a lot less secure than the isTether solution. 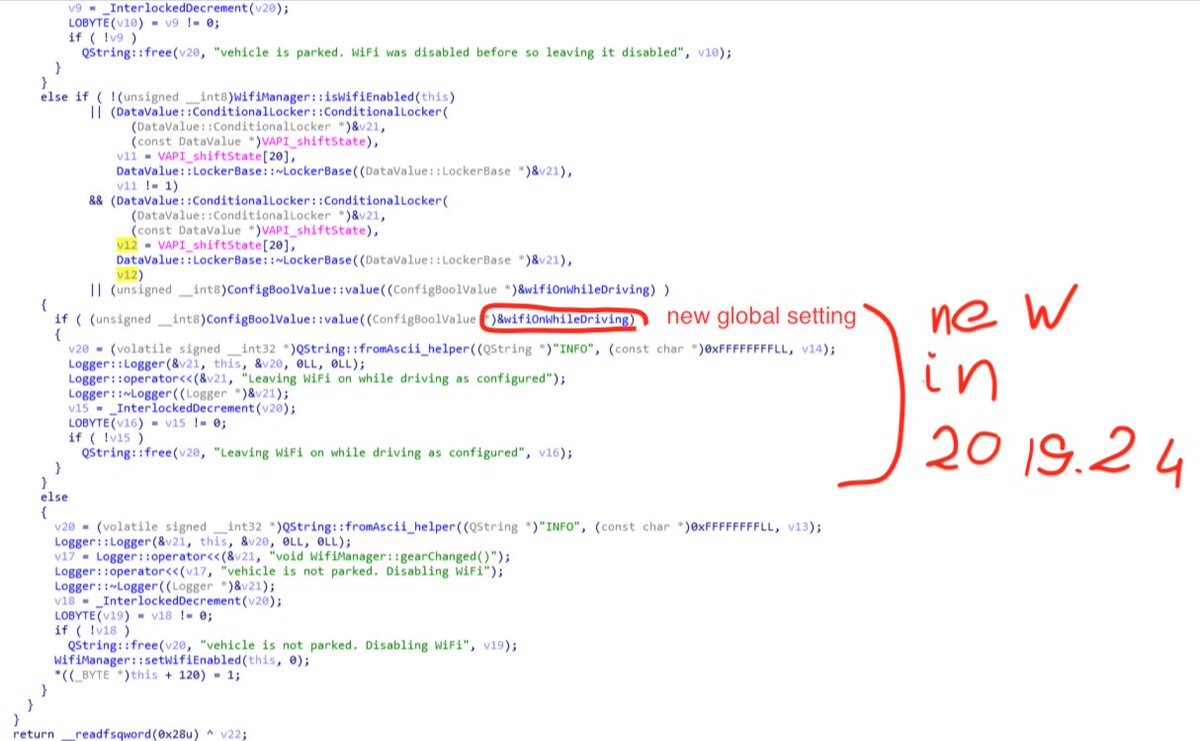 So if you wrote this code or know who is the current maintainer at @tesla - please tell them to either expose the option in UI (less ideal), or make use of all the now dormant isTether functionality that's there for just this reason.
Many owners would be thankful.
You can follow @greentheonly.
Tip: mention @twtextapp on a Twitter thread with the keyword “unroll” to get a link to it.