Read on Twitter
<thread> There is no national security imperative for new US nuclear tests. We have almost 4,000 operational nuclear weapons. Enough to destroy the world 20x over. Here are some resources to help you understand how launching new nuclear tests makes us less secure. 1/ 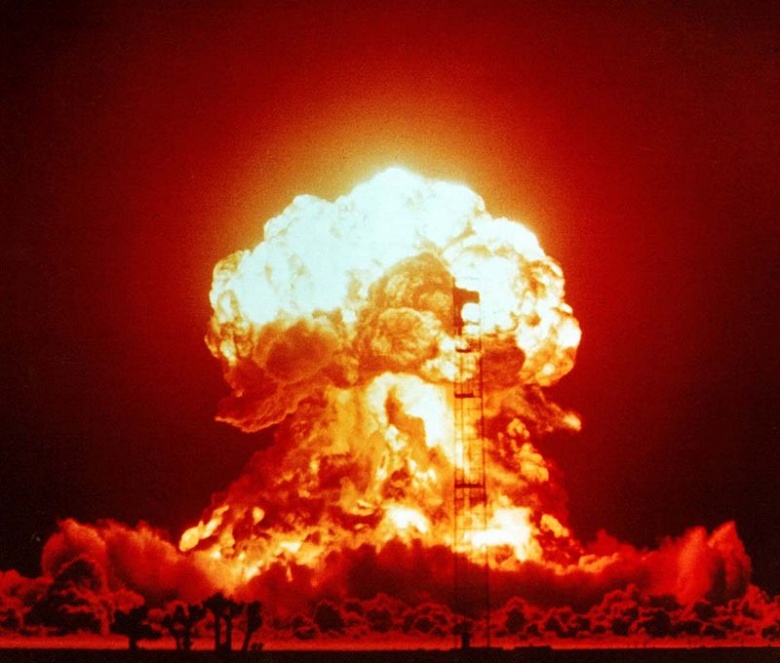 We've not tested a nuclear weapon since 1992. Since the India-Pakistan tests of 1998, the only other country to test has been North Korea. We have a global norm that Trump now wants to shatter . @ctbto_alerts is the go-to resource on nuclear testing. 2/ https://www.ctbto.org
. @ArmsControlNow is the premier expert organization. You can trust their analysis on the history of nuclear testing and the test ban. 3/ https://www.armscontrol.org/factsheets/Nuclear-Testing-and-Comprehensive-Test-Ban-Treaty-CTBT-Timeline
Trump's nuclear hawks outlined their scheme to start new US nuclear tests in the annual @NNSANews report. See: https://english.kyodonews.net/news/2017/12/206015ba6bbf-trump-administration-moving-to-beef-up-nuclear-test-readiness.html
Trump administration moving to beef up nuclear test readiness

U.S. Trump administration could restart underground nuclear tests that have been suspended since 1992 in light of North Korea's growing threat

https://english.kyodonews.net/news/2017/12/206015ba6bbf-trump-administration-moving-to-beef-up-nuclear-test-readiness.html
The myth and realities of charges that China and Russia are already secretly testing. This scheme, begun by John Bolton, lays the ground for Trump to "unsign" the nuclear test ban treaty. That's what this is all about. 5/ https://www.armscontrol.org/policy-white-papers/2019-08/us-claims-illegal-russian-nuclear-testing-myths-realities-next-steps
Where would the US do new tests? The people of Nevada and Utah will not be pleased. Thousands had their lives shortened by cancers from the tests we used to do. 6/ https://www.ctbto.org/nuclear-testing/the-effects-of-nuclear-testing/the-united-states-nuclear-testing-programme/
I just wrote about how these new Dr. Strangeloves want to drag us back to the terrifying dangers of the 1950's and 1960's. This is not new thinking; this is Cold War nuclear bullying. 7/ https://responsiblestatecraft.org/2020/05/20/why-letting-our-allies-get-nuclear-weapons-is-a-bad-idea/
Why letting our allies get nuclear weapons is a bad idea - Responsible Statecraft

It is tempting to think that it would be cheaper and more effective to have U.S. allies get the bomb rather than link their security to U.S. forces, bases, and assurances. But countries do not obtain...

https://responsiblestatecraft.org/2020/05/20/why-letting-our-allies-get-nuclear-weapons-is-a-bad-idea/
But might nuclear bullying work? Can Trump's pose as a nuclear madman convince other countries to comply with his demands or force the collapse of their governments? No. Quite the opposite. 8/ https://www.usnews.com/opinion/world-report/articles/2016-12-30/donald-trumps-nuclear-madman-gambit-will-fail
Trump's Madman Gambit

There are dozens of great groups working to end this madness and kick out these new Dr. Strangeloves before they kill us all. @BeyondtheBomb is one of the newest and most innovative. But add your group or resource to this thread. https://beyondthebomb.org
Home

We're building a mass movement to prevent nuclear war. And we need your help.

https://beyondthebomb.org
You can follow @Cirincione.
Tip: mention @twtextapp on a Twitter thread with the keyword “unroll” to get a link to it.