Read on Twitter
THREAD: WHO IS @vibhor_anand?
1. Fraudster
2. Liar
3. Thug
4. Anti Nationalist & NOT RW
5. Anti Modi
6. Son of Nirbhaya's [email protected] Lawyer V.K. Anand who CONVINCED his Father & others to take up the case.
CHEATING HINDUS BY TAKING DONATIONS FOR SO CALLED CAUSE! PROOFS ATTACHED! 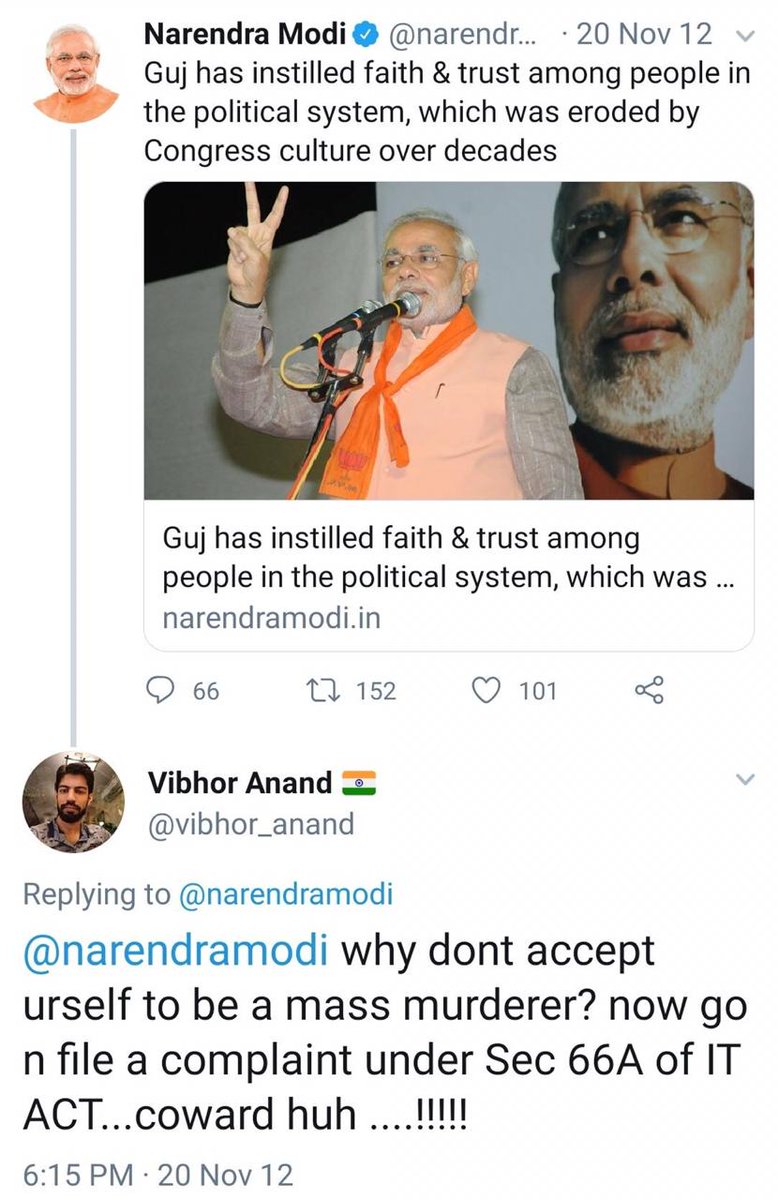 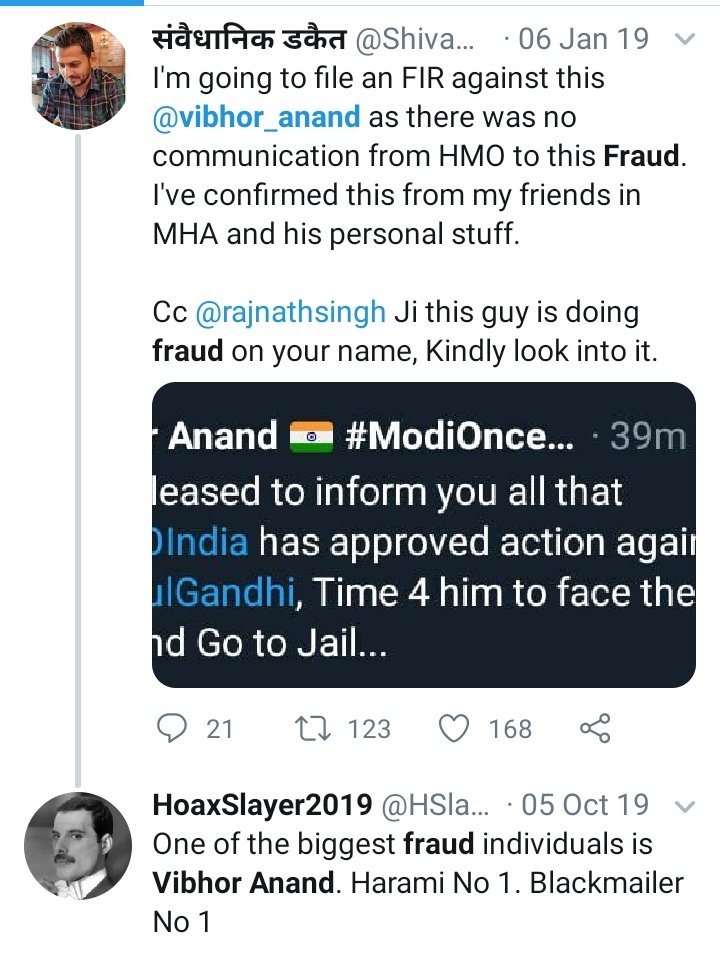 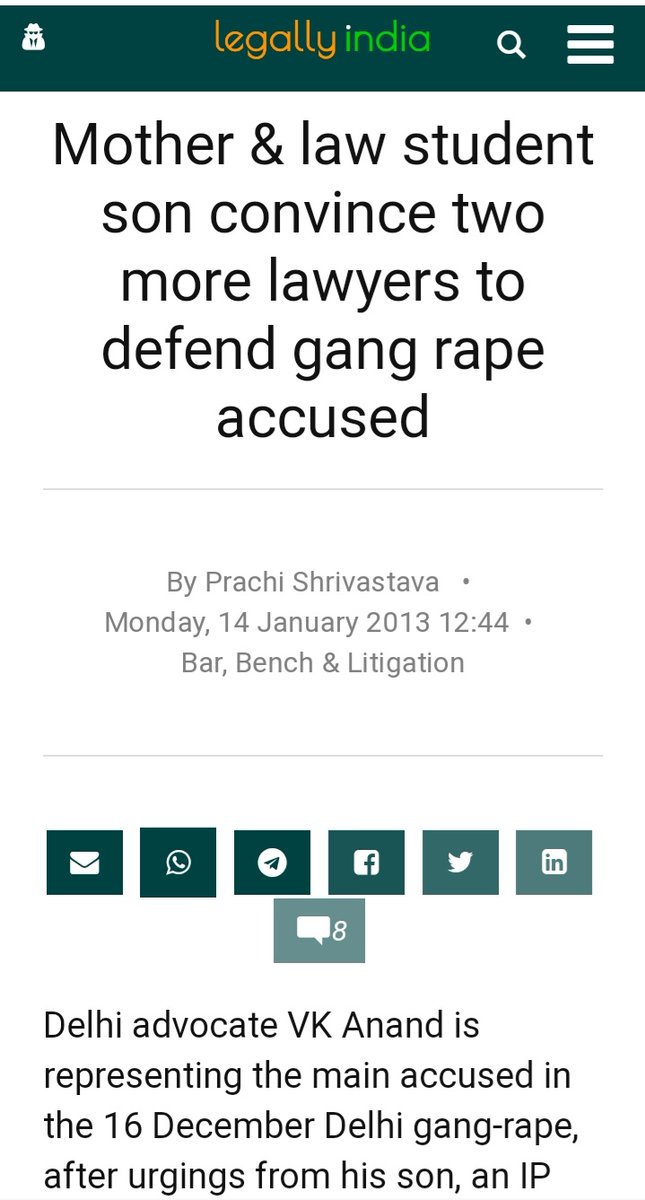 Many people have lost money in his so called #IABM India Against Biased Media $hit. Using names like CRPF, Army, Legal Notices to Big Personalities is all a lie. None has faced any charges or arrests ever. He only files ONLINE COMPLAINTS TO GAIN FOLLOWERS AND DONATIONS. 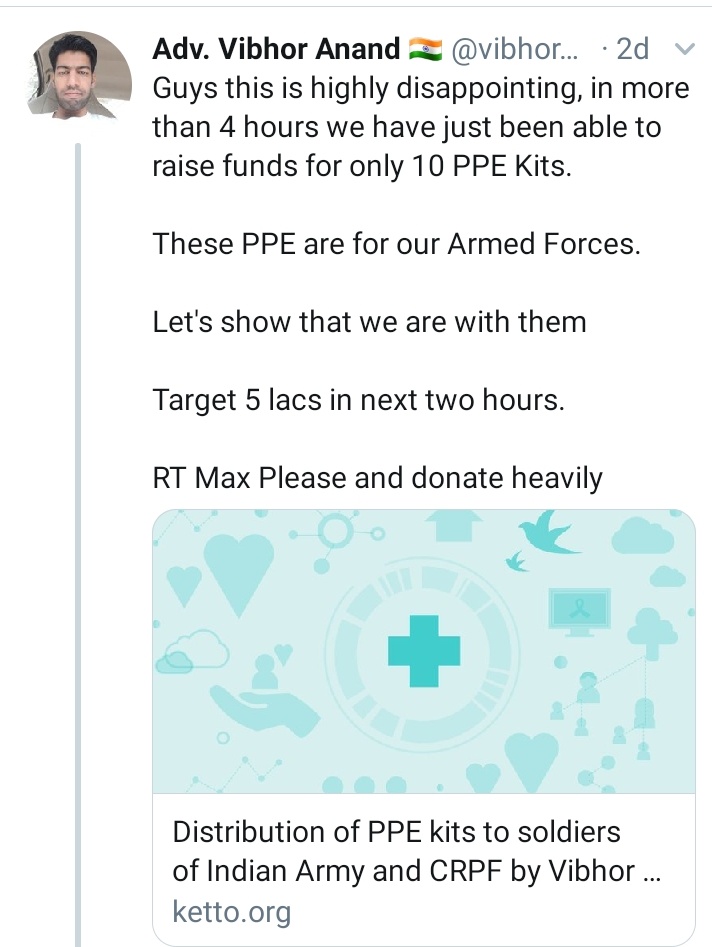 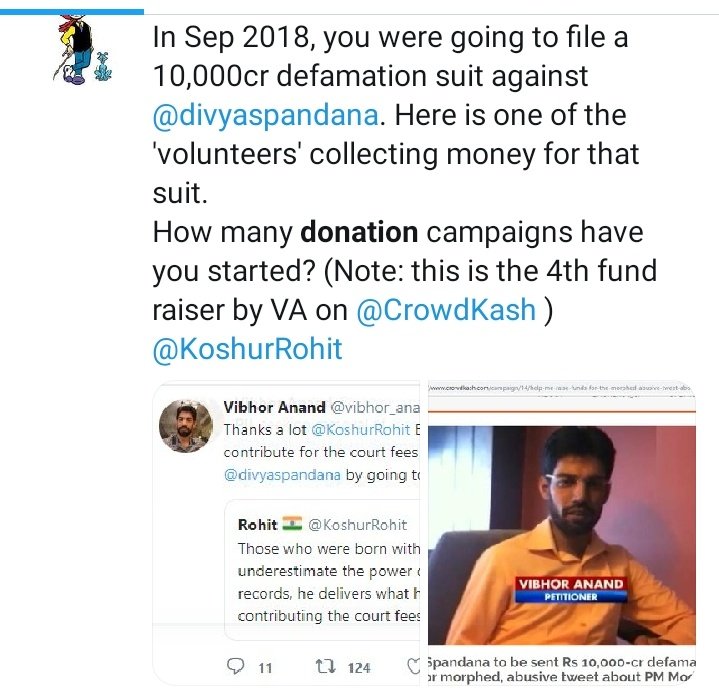 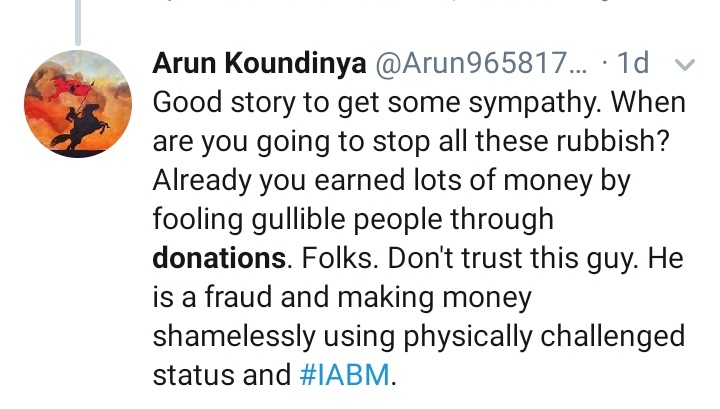 USING HINDUS AND EMOTIONALLY BLACKMAILING THEM IN THE NAME OF SAFFRON? SO SHAMELESS! 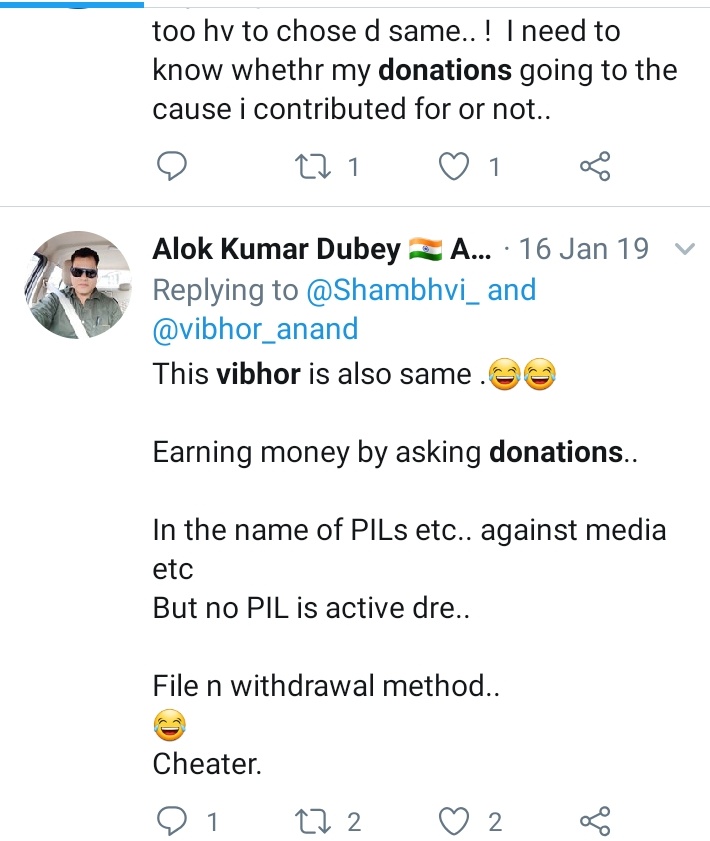 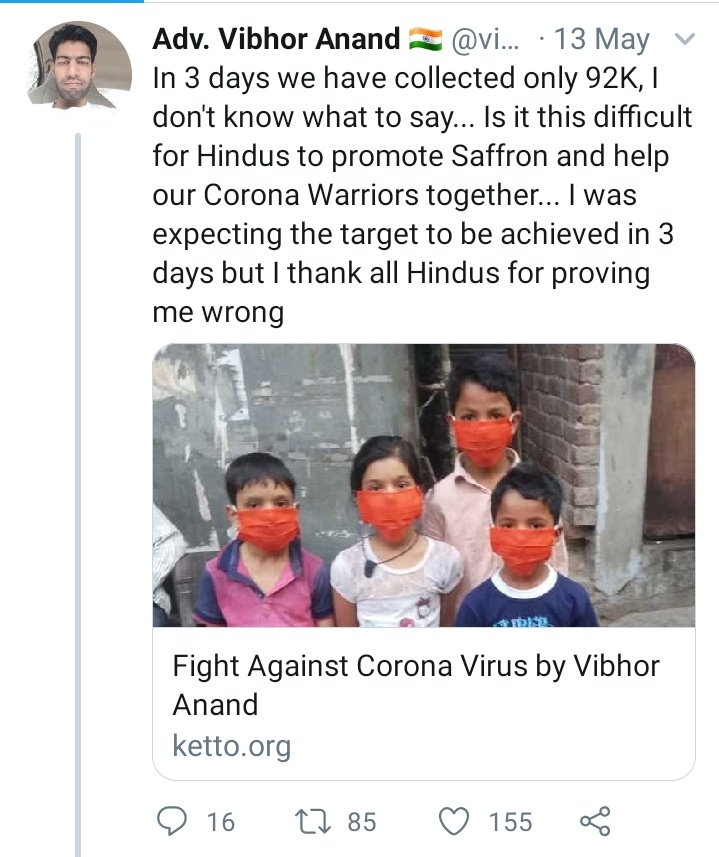 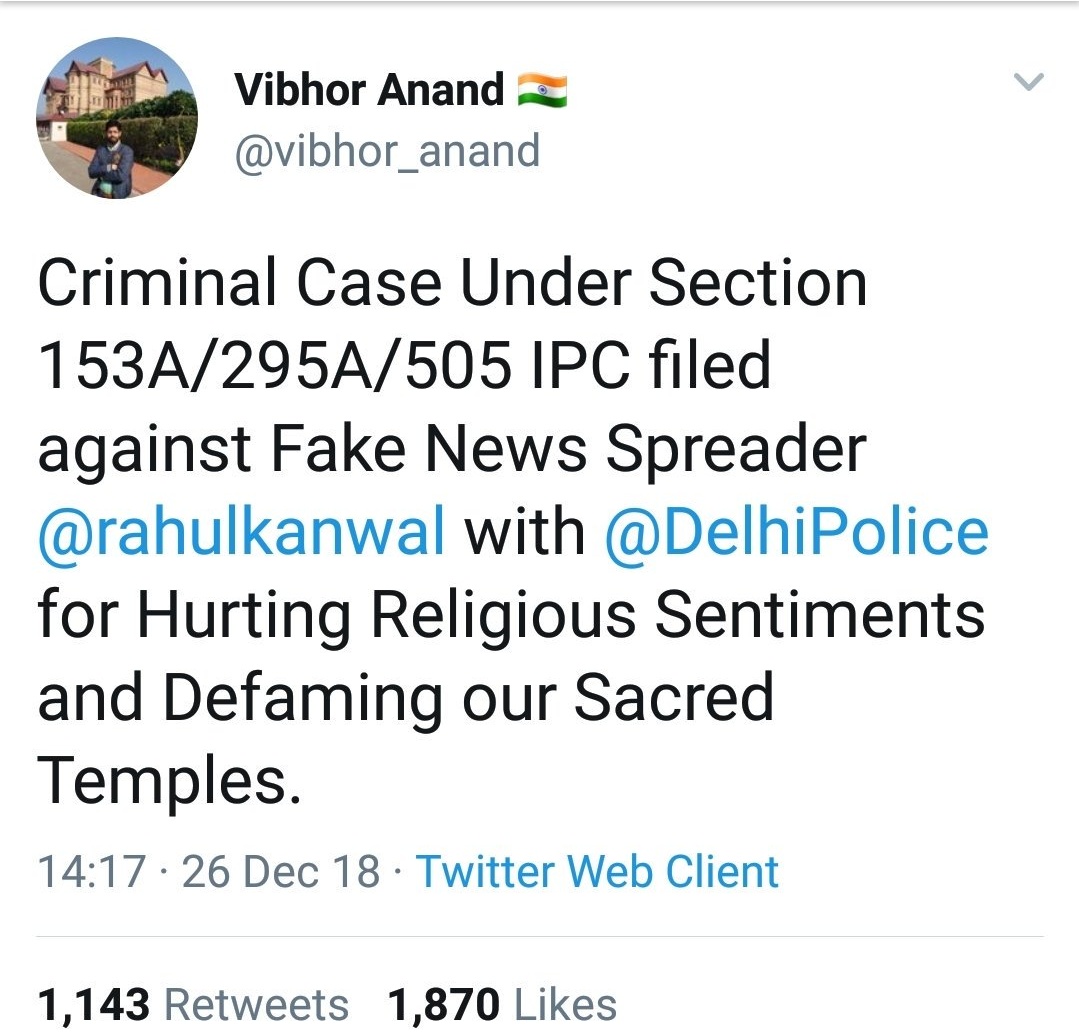 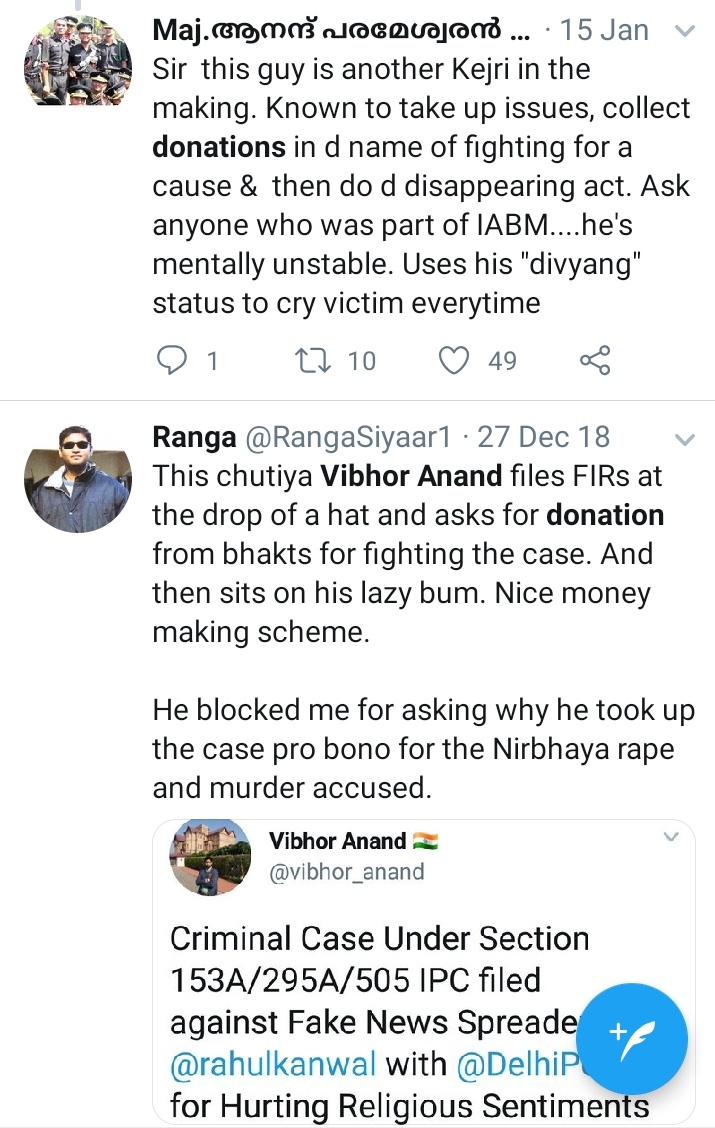 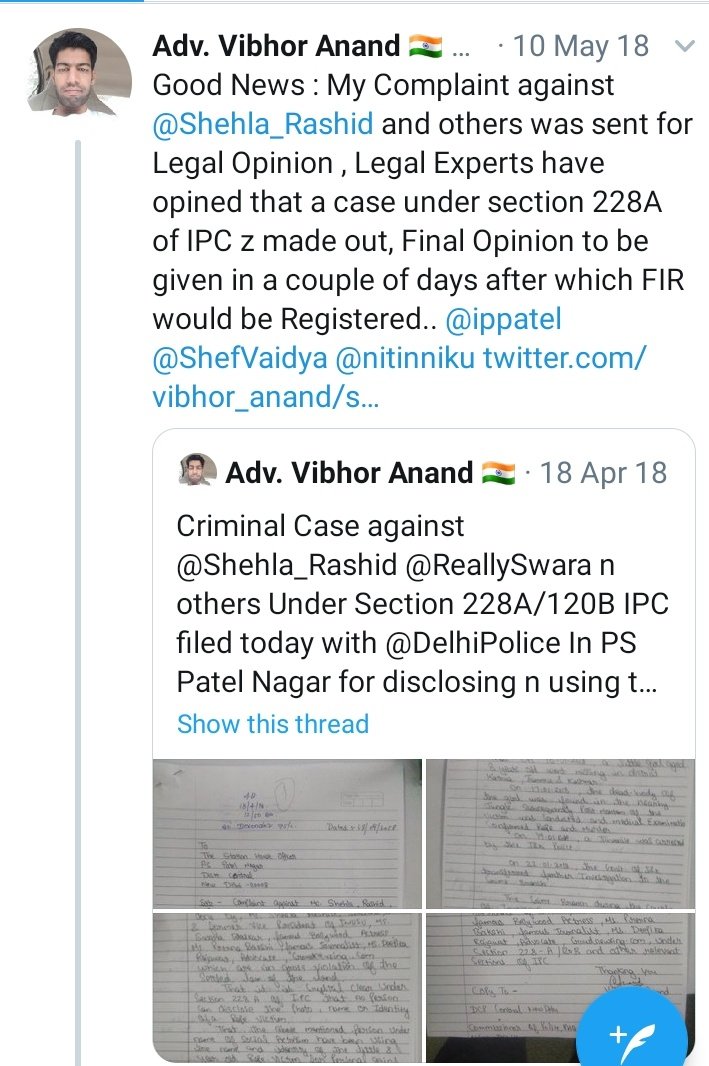 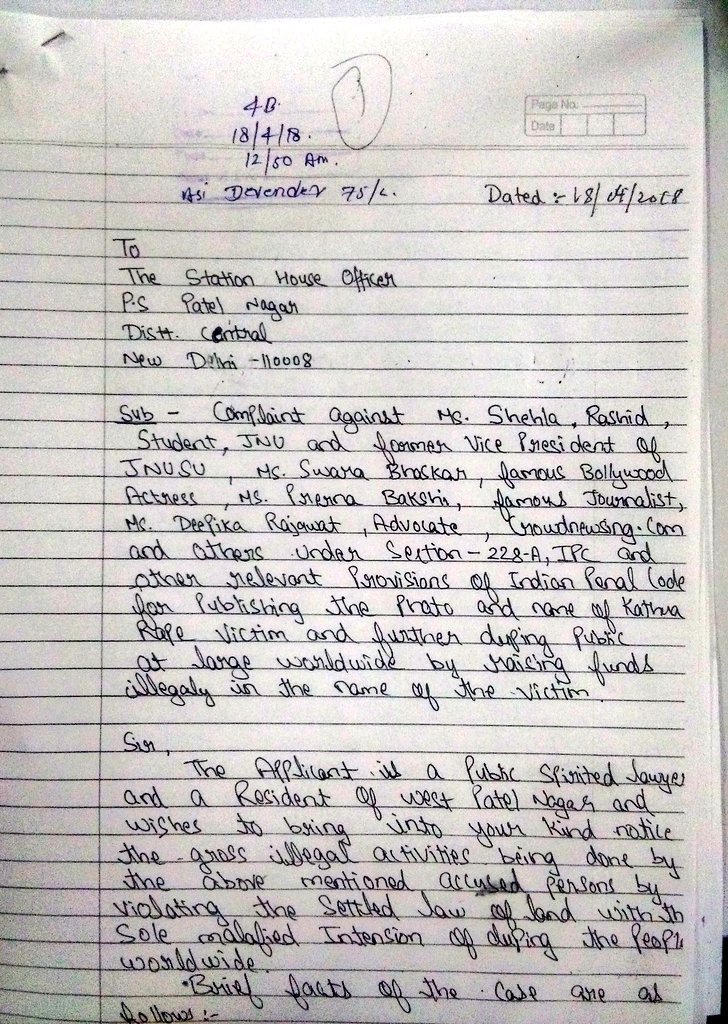 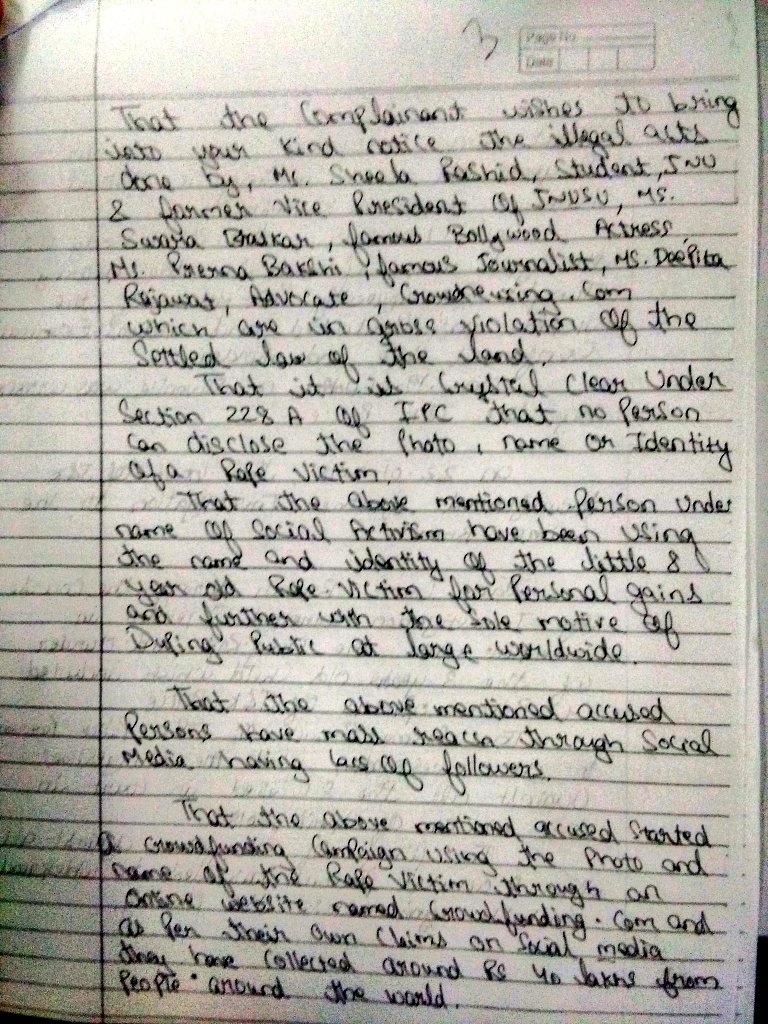 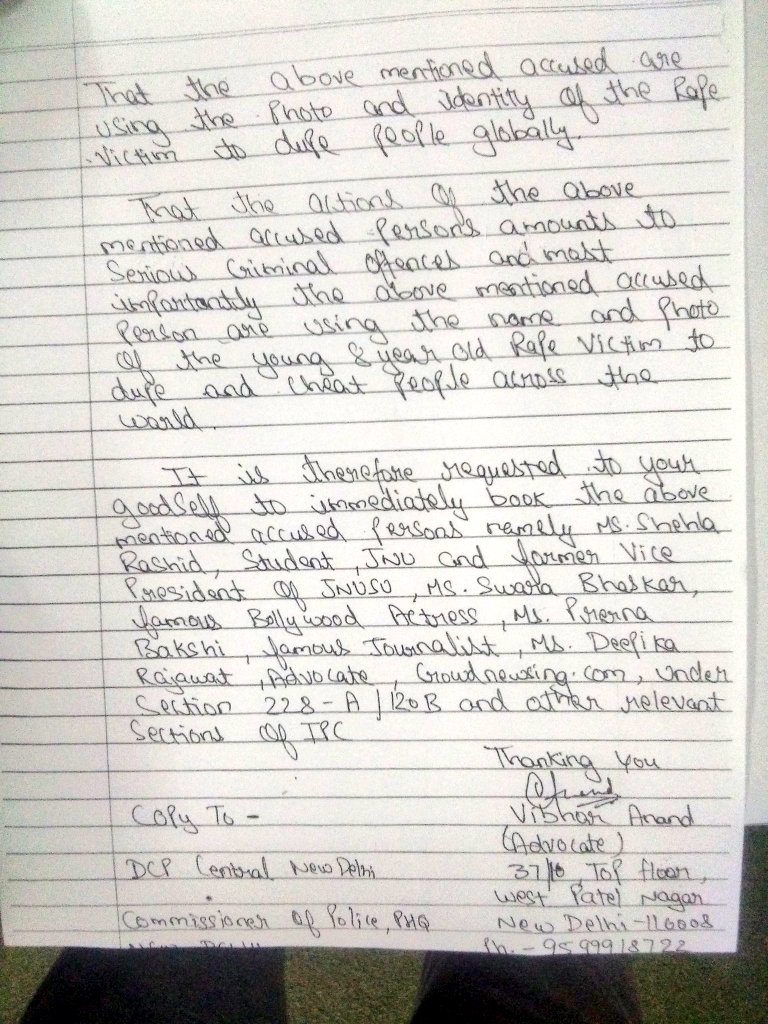 There are many such cases where he has simply blocked people and ran. Show a middle finger to this fraudster and don't believe him at all. Rest is upto you!
Jai Shree Ram 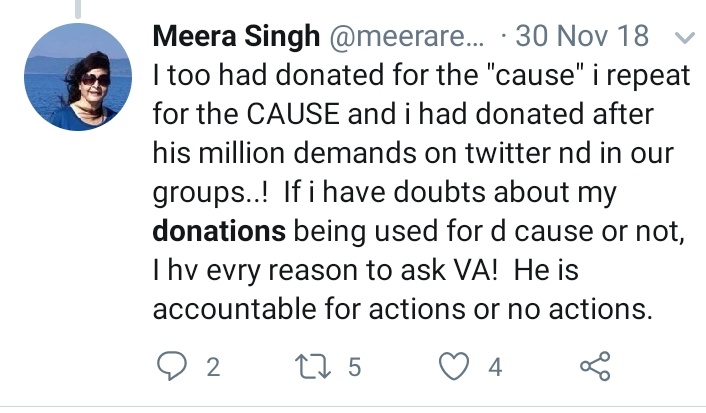 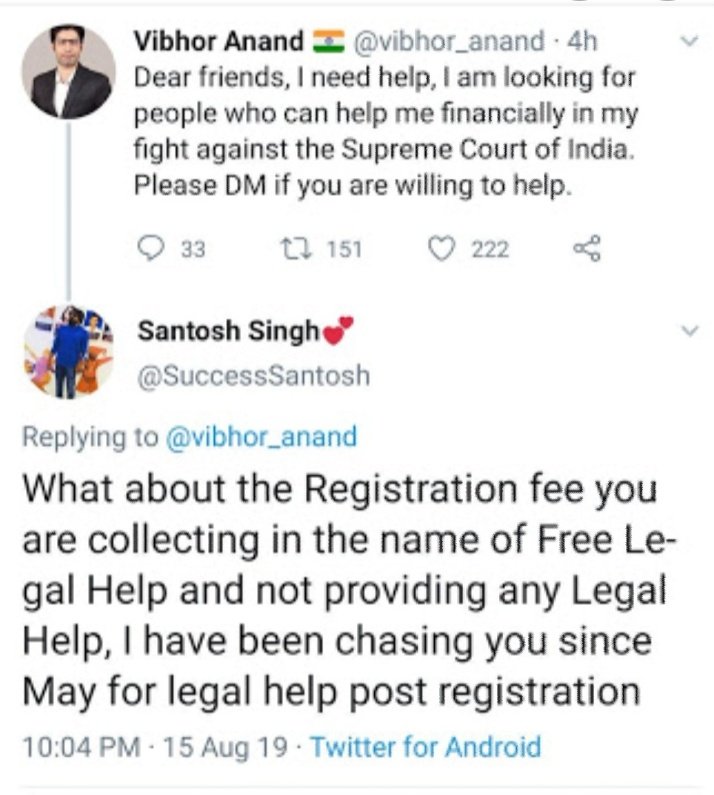 Last but not the least false allegations against @KapilMishra_IND
Who the hell you think you are @vibhor_anand. Ek baap ki aulad hai toh block matt kariyo. If you don't stop taking donations and filing fake online complaints, I will drag you to the court! Take this as warning. 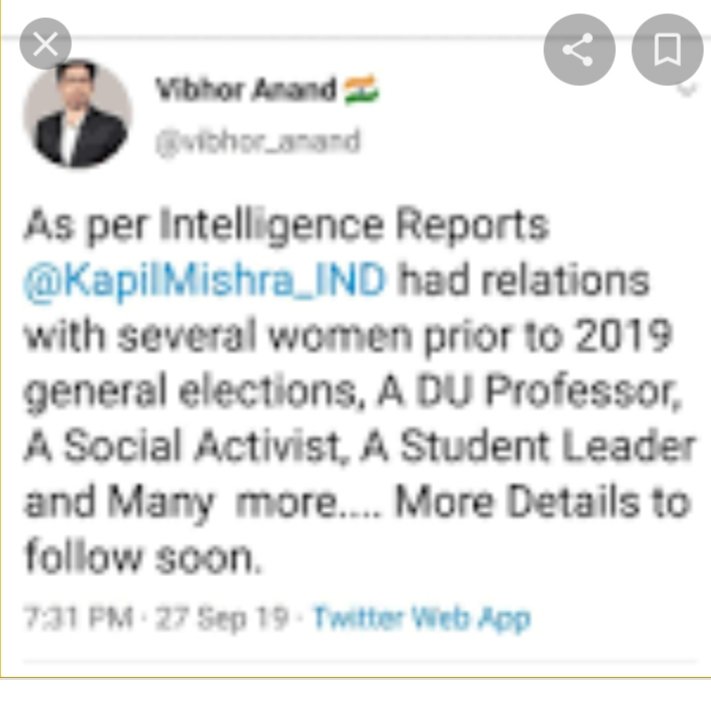 You can follow @SunainaHoley.
Tip: mention @twtextapp on a Twitter thread with the keyword “unroll” to get a link to it.