me, I'm aware of where fancams came from. I just sort of hate that the way they've morphed into becoming nothing more than twitter spam is erasing the entire subculture and history of AMV content.
I know that it's also partly down to semantics and the way the meaning of the word "fancam" has changed wildly in the past year (?) or so because of the way people have been interacting on social media but my point is that I find it bizarre and slightly annoying.
Okay - 'fancams' were originally videos taken by fans of their fave idols. They often (but not always) focused on a 'bias', their favourite member of a particular group. For a popular group you could find fancams of each member for any particular performance from a specific date.
Fairly standard formatting for this in Kpop fandom would be 'YYMMDD [Member Name] focus - [Song/event name, name of concert/location etc.]' - examples below: 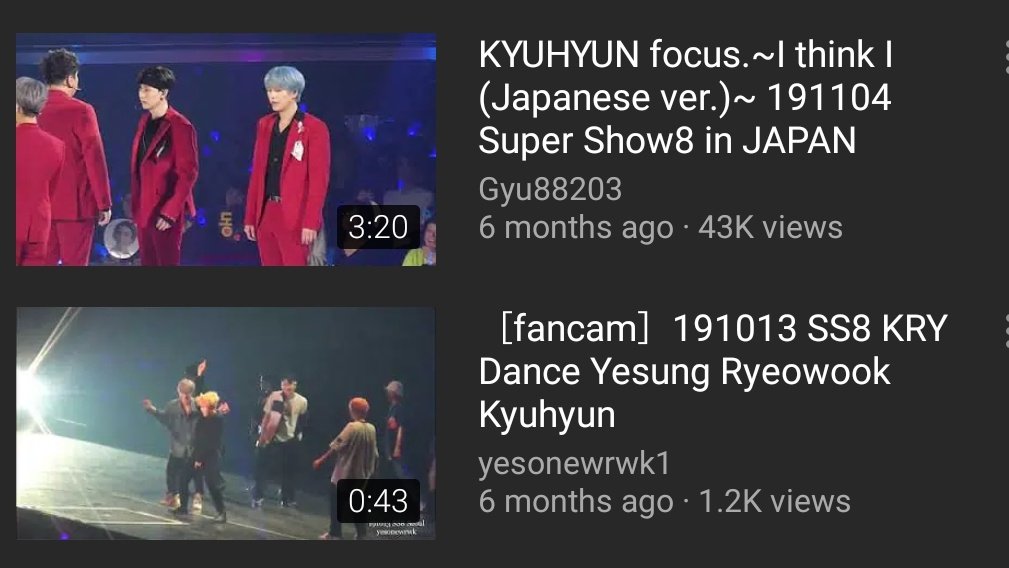 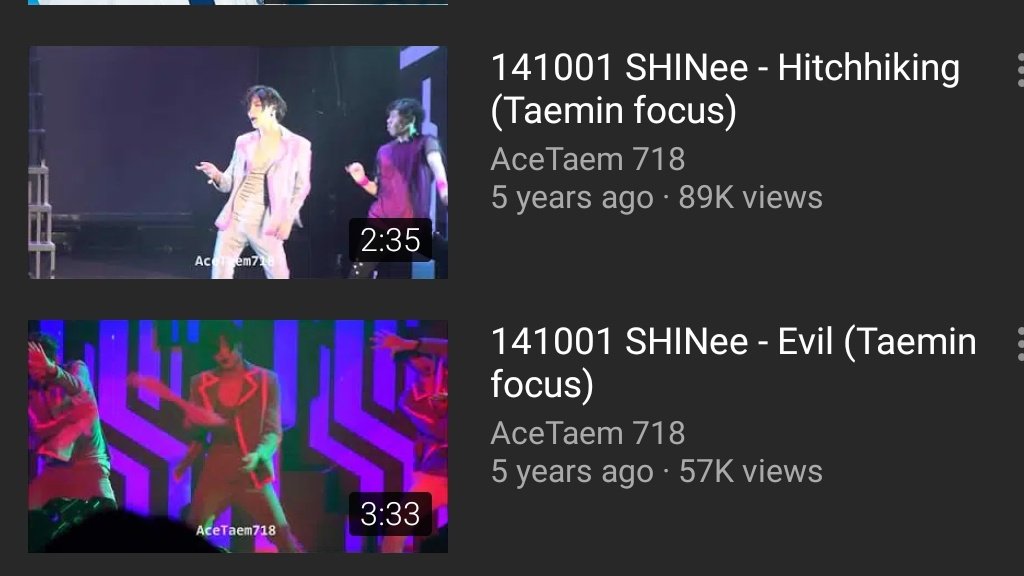 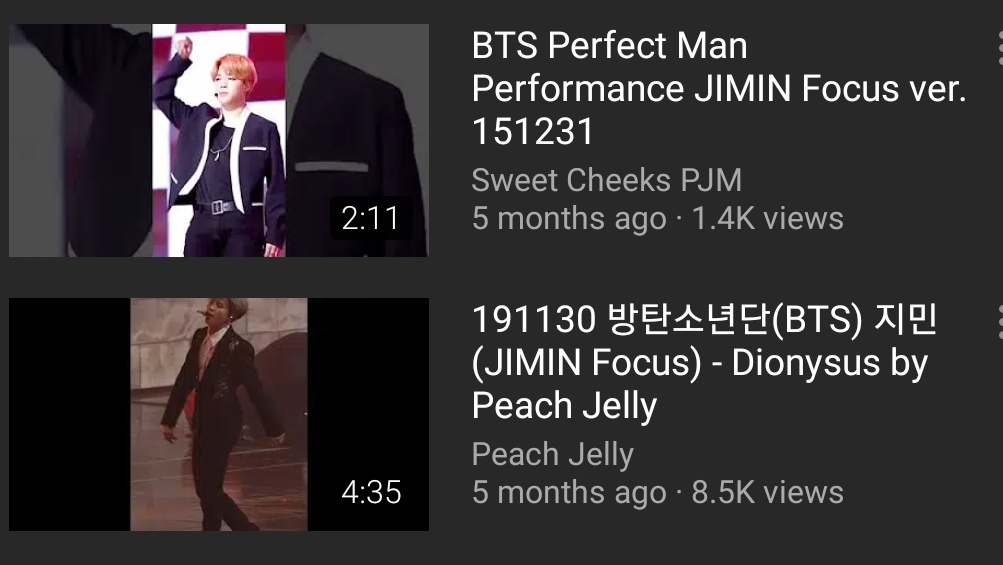 This is how it's been for a LONG time, and I mean a LONG time. I've seen fancams from as far back as the mid-2000s.

But things have changed, because rather than just uploading fancams to YouTube for fans, people started replying to tweets with those fancams of their fave idols.
If a tweet goes 'viral' you will very, very likely see a vertically filmed video in the replies of a Kpop idol singing/dancing/rapping etc. Keep in mind this video -- and often the content of the reply -- will have nothing to do with the tweet it's replying to.
People in other fandoms -- anime, video games, Western bands, film, quite literally anything -- picked up on this and started making their own edits. Unlike the original 'fancam' which is often a live performance filmed on someone's phone and then edited, these new 'fancams'--
--required the creator to source material (whether it's clips, images etc.) and to then put it to music and edit it in some sort of video editing software, often timing the images/clips to match the beat of their chosen song.

Not unlike, say, an AMV.
Now, AMVs (Anime Music Videos) and MMVs (Manga Music Videos) have been around for DECADES. You edit clips or images of your favourite character(s), slap on some music you like, maybe throw some effects on there and BAM! A cool video!
(Note: This is a gross over-simplification.)
And the thing that strikes me, having grown up on AMVs, is that people aren't calling them AMVs any more? In part this is due to where they're being posted - Twitter vs YouTube, for example - but I also think the word 'fancam' in itself has morphed RAPIDLY in the last year or so.
I think this is due to two things:
1) People in recent years have become less and less fond of the term AMV because they find it 'cringe' so aren't labelling their content as such
2) Fancams (much like Kpop itself recently) have become EXPONENTIALLY, TERRIFYINGLY popular
And because of this, something that I would have called an AMV in 2010 is now called a fancam in 2020. I see fewer and fewer AMVs actually being labelled as such on YouTube, and I see more and more comments/replies like "Nice fancam!" on videos of... anime characters?
I understand that this all comes down to linguistic morphology but I find it interesting and sad, because seeing a word die upsets me and there's an entire history of AMVs that younger people in fandom will be missing out on because they'll be looking for 'fancams' and not AMVs.
I don't think the word AMV is going to die any time soon, but it's fallen out of favour in some circles while 'fancam' is having an exponential rise. Again, a huge factor in this is where you're uploading, but a few years ago there WERE AMVs on Twitter, and they were called AMVs.
I know that this whole thread seems very 'back in my day' but I'm not criticising anyone for what they choose to call their videos. I literally couldn't care less. I just find the way the words themselves have evolved really interesting and bizarre.
'Fancams' are now EVERYWHERE. I was looking at the replies to a tweet by RGG Studio the other day - saw a Kiryu 'fancam'. Just before making this thread I saw a Bakugo 'fancam'.

Reminder: 'Fancam' literally comes from 'fan' and 'camera', as in "filmed by a fan".
You can follow @S_Bareerah.
Tip: mention @twtextapp on a Twitter thread with the keyword “unroll” to get a link to it.