Read on Twitter
It is that time of year when pundits raise the alarm that the American birth rate has fallen to the clearly unsustainable level that most countries in the developed world have been experiencing for the past 20 years.

(A thread)
The US total fertility rate is down to 1.705 per woman* between the ages of 15 and 44, but note that because we don't typically wait for women to reach this age, this estimate is purely hypothetical.

* Not "per mother" because y'all there are women who never become mothers
You can see issues with the Total Fertility Rate expertly explained here by the intrepid @DrGMLivingston. https://www.pewresearch.org/fact-tank/2019/05/22/u-s-fertility-rate-explained/
Is U.S. fertility at an all-time low? Two of three measures point to yes

A key U.S. fertility rate has reached a record low for the fourth year in a row. But is it really a record low? The short answer: It’s complicated.

https://www.pewresearch.org/fact-tank/2019/05/22/u-s-fertility-rate-explained/
In the ensuing panic caused by the very minor change in this purely hypothetical number, everyone has missed veritable Cinderella story of declining American birth rates - which a teenaged Cinderella goes to the ball and doesn't get knocked up.
Ten years ago the US teen birth rate towered over its comparator countries - 2.5X that of Canada and 6X that of countries like the Netherlands. 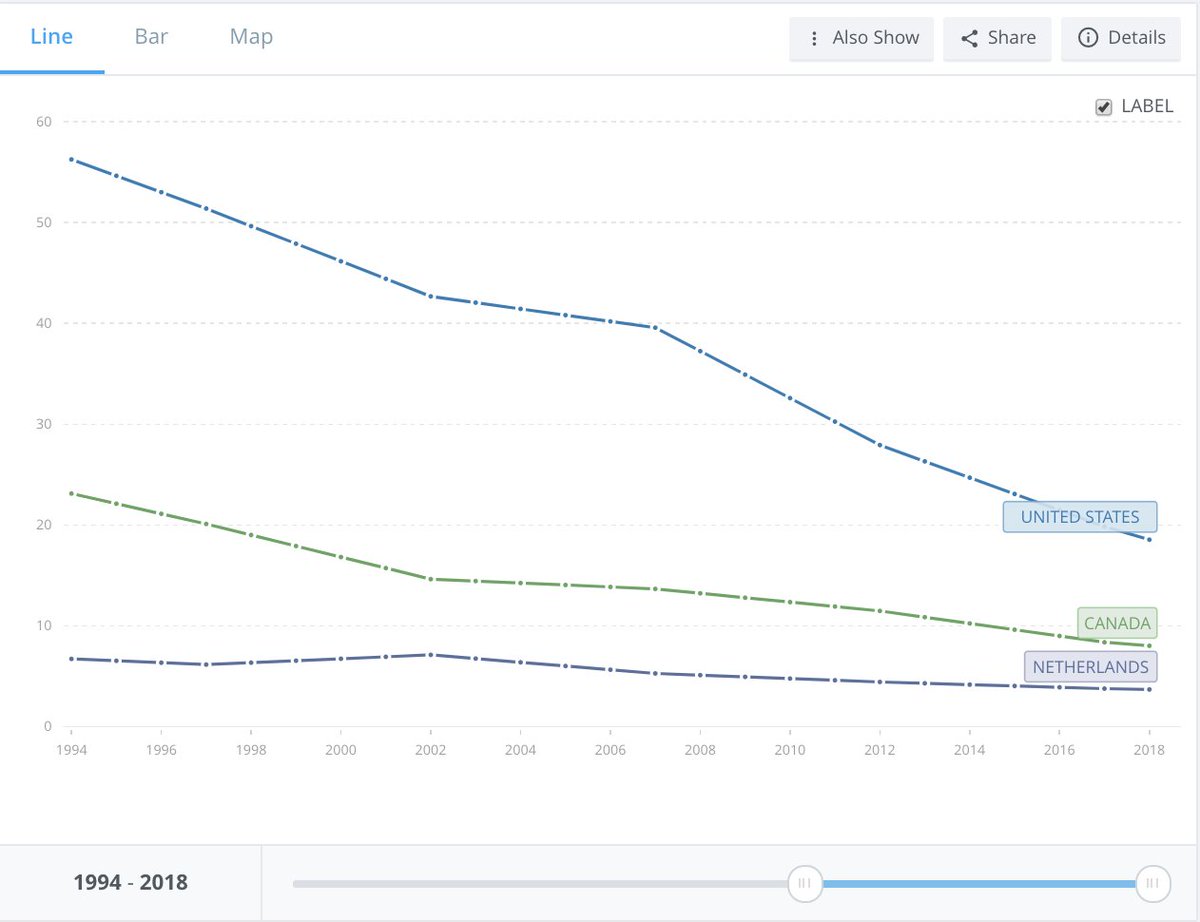 Since that time teen births have fallen 60% in the US.

Let's put that in perspective.

Give yourself a pat on the back American. This decline is remarkable.
And if that didn't blow your mind. How about this:

Good, but seriously need to work on getting that to zero.
One thing that is remarkable about US teen births is how many are NOT giving birth to their first child.

In 2007, 20% of the births to teens that year were to mothers having their second, third, fourth, fifth, sixth, seventh, eight children.

But then again maybe she will spend more time in school, and later find that she can afford a bigger family.

I don't know, do you?
We are seeing significant increases in births to women over the age of 35. I wrote about that phenomena earlier this year for @thedailybeast. https://www.thedailybeast.com/yes-women-are-making-fewer-babies-but-no-its-not-womens-fault
Yes, Women Are Making Fewer Babies. But No, It’s Not Women’s Fault

First of all, it’s not a crisis that U.S. women are producing fewer children. And to the extent that it’s a thing, men are just as much to “blame” as women.

https://www.thedailybeast.com/yes-women-are-making-fewer-babies-but-no-its-not-womens-fault
Finally, what does all of this mean given the current state of the world?

You can follow @MarinaAdshade.
Tip: mention @twtextapp on a Twitter thread with the keyword “unroll” to get a link to it.