May 15th 2020, Ford was asked if he'd top up disability assistance during the crisis, as many vulnerable folks are struggling to survive this crisis on the current, below poverty line amount given. His response:
However, on April 17th 2020 Doug Ford made this statement and committed that "I won't spare one penny to make sure that happens"
(Regarding the priority to "ensure the health & well-being of the people of Ontario"
In March, Ontario gave funding to foodbanks & non profits. That was their bandaid for the almost 1mill vulnerable folks on social assistance: giving charities funds so that those at high risk right now must go out & beg at an already overwhelmed foodbank.
https://news.ontario.ca/opo/en/2020/03/ontario-protecting-the-most-vulnerable-during-covid-19-crisis.html?utm_source=ondemand&utm_medium=email&utm_campaign=m 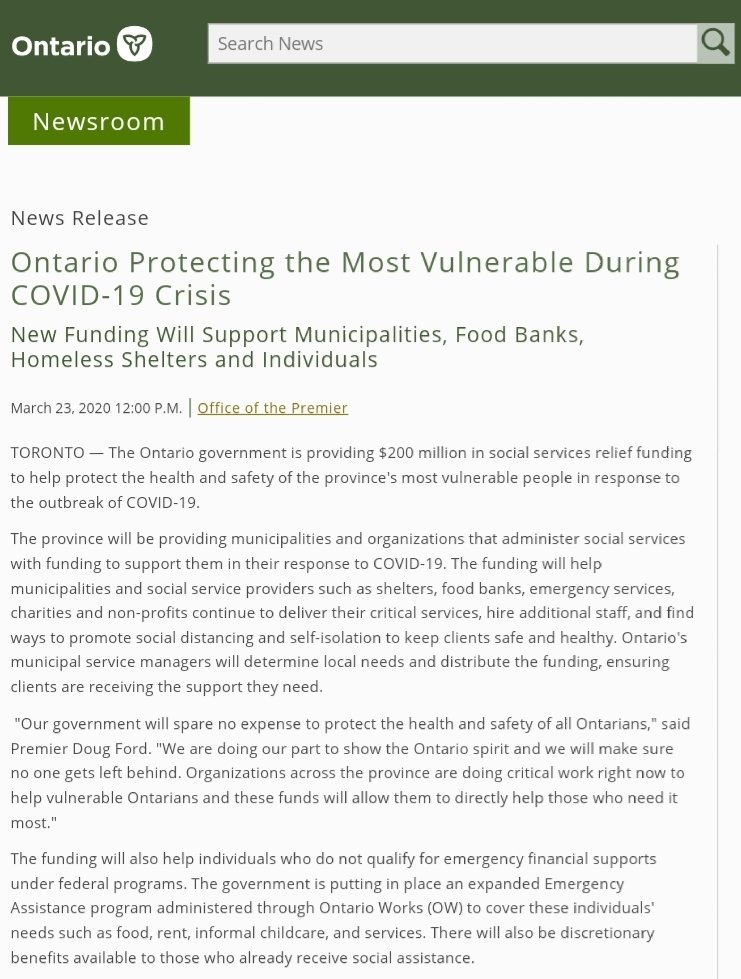 All we really need from Ford is just a small top up on our social assistance cheques to bring us to the poverty line, so we have a fair shot at surviving this global pandemic & economic crisis. Then we aren't forced to go out & beg when we are at the highest risk; or to starve.
You may be asking, "Don't disabled folks who did work on ODSP get the Federal CERB?"

Yes, However Doug Ford & Todd Smith are clawing back $900 for those who recieve the CERB. 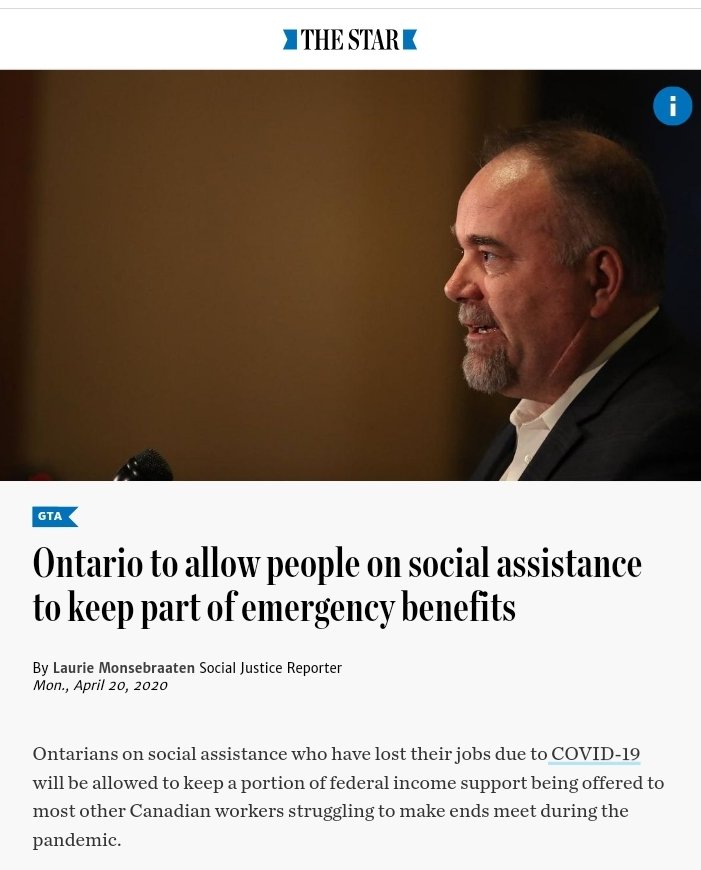 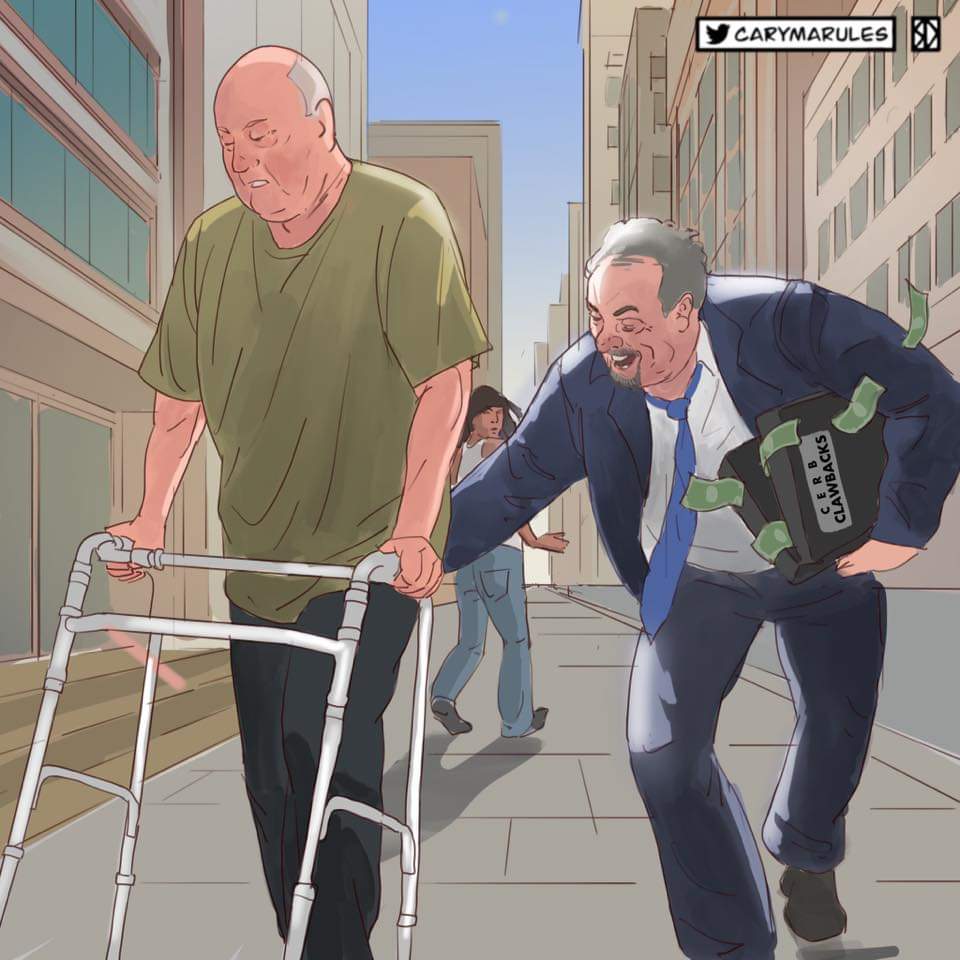 These clawbacks, which amount to $30 million total, were supposedly to "immediately" be put back into programs to help those on ODSP & OW who don't qualify for the CERB.

(Screenshot is from the link in the previous tweet)

Now, let's say hypothetically he is telling the truth...Where did Ontario's budget go? Why is there no money left?

In 2019, over $230 million taxpayer dollars were wasted when Doug Ford cancelled the 750 green emergency contracts
https://www.cp24.com/news/doug-ford-s-cancellation-of-green-energy-deals-costs-ontario-taxpayers-231m-1.4692609 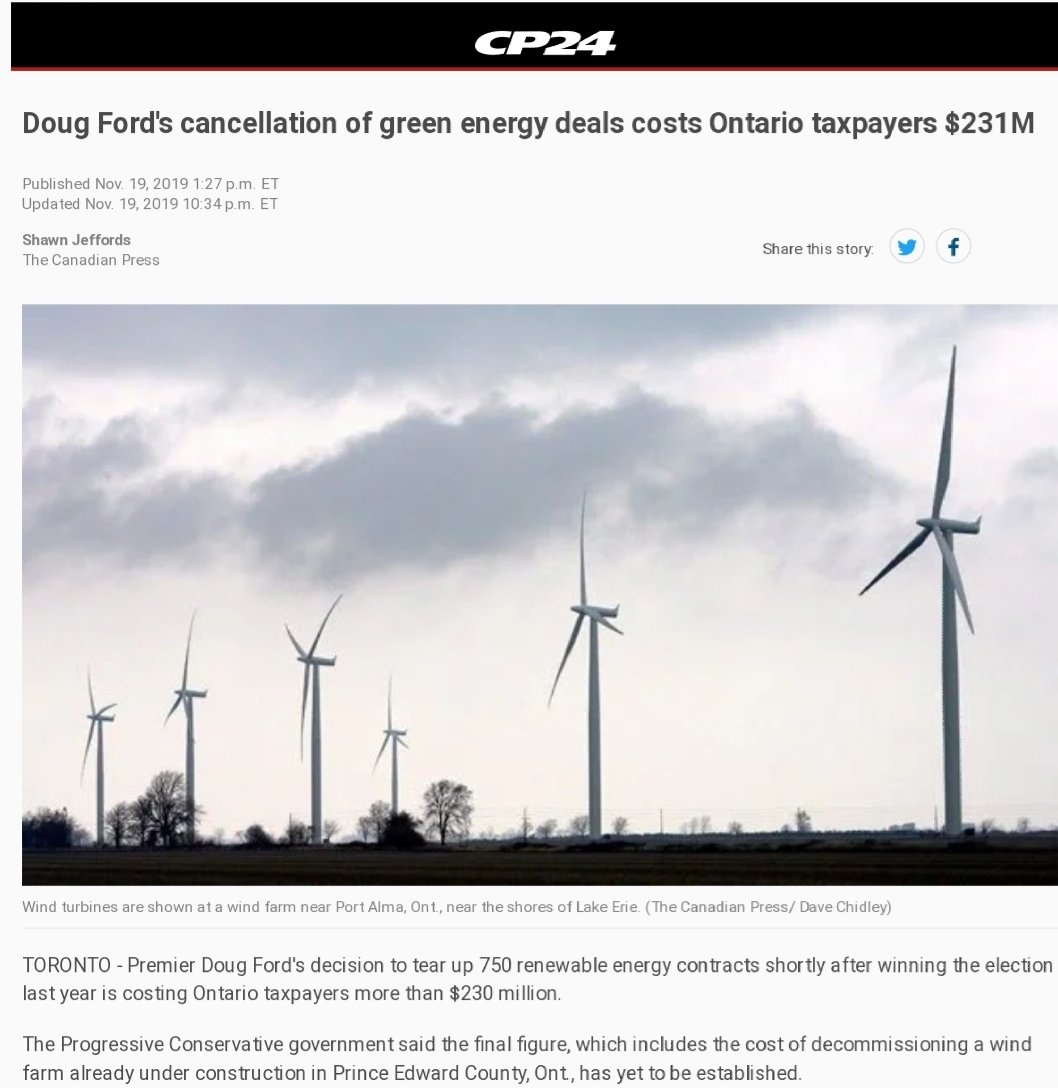 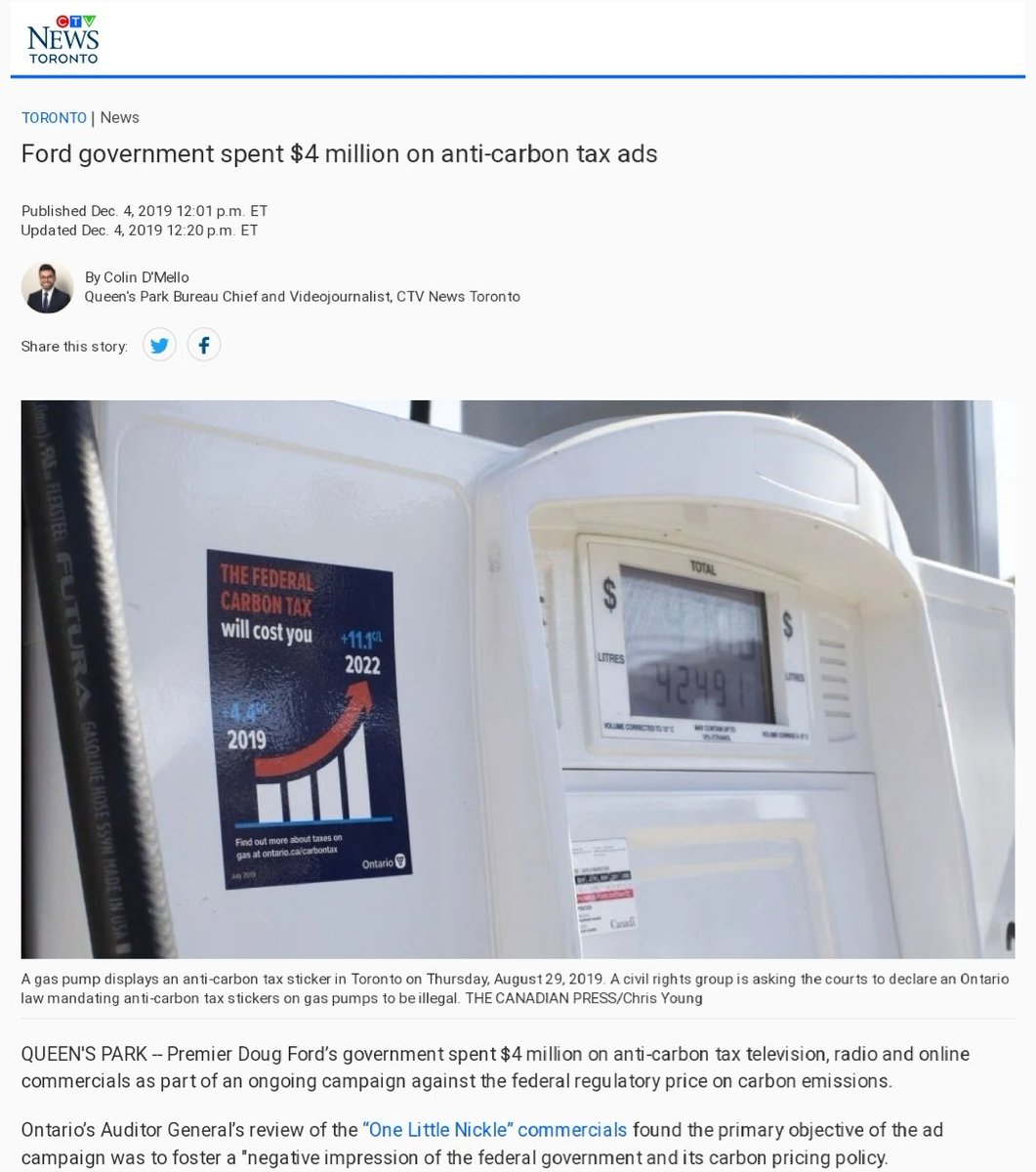 And who could forget Doug's Beer Store battle:

Risking wasting "hundreds of millions" of tax payer dollars by threatening to rip up a 10 year contract with the Beer Store.
https://globalnews.ca/news/5321606/ford-government-beer-store-contract/ https://www.thestar.com/business/2019/06/17/whats-next-for-the-beer-store-why-it-will-cost-ontario-taxpayers-no-matter-how-this-plays-out.html 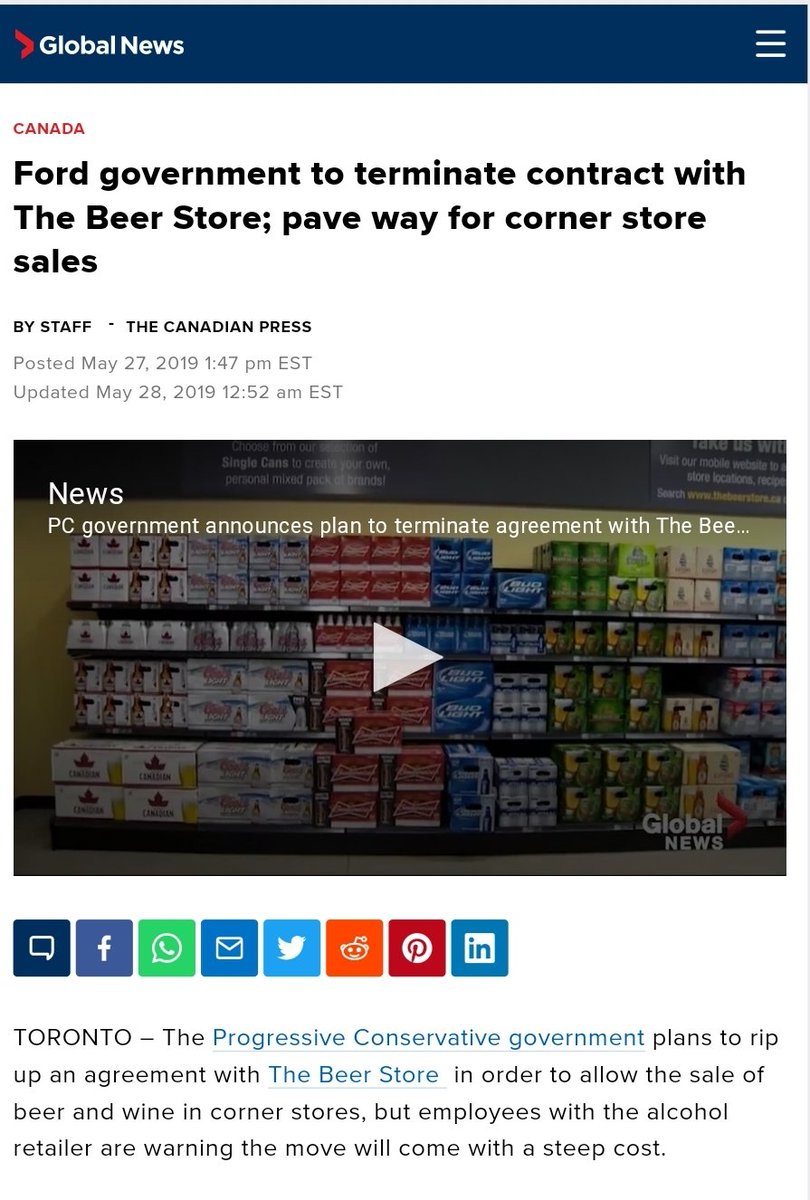 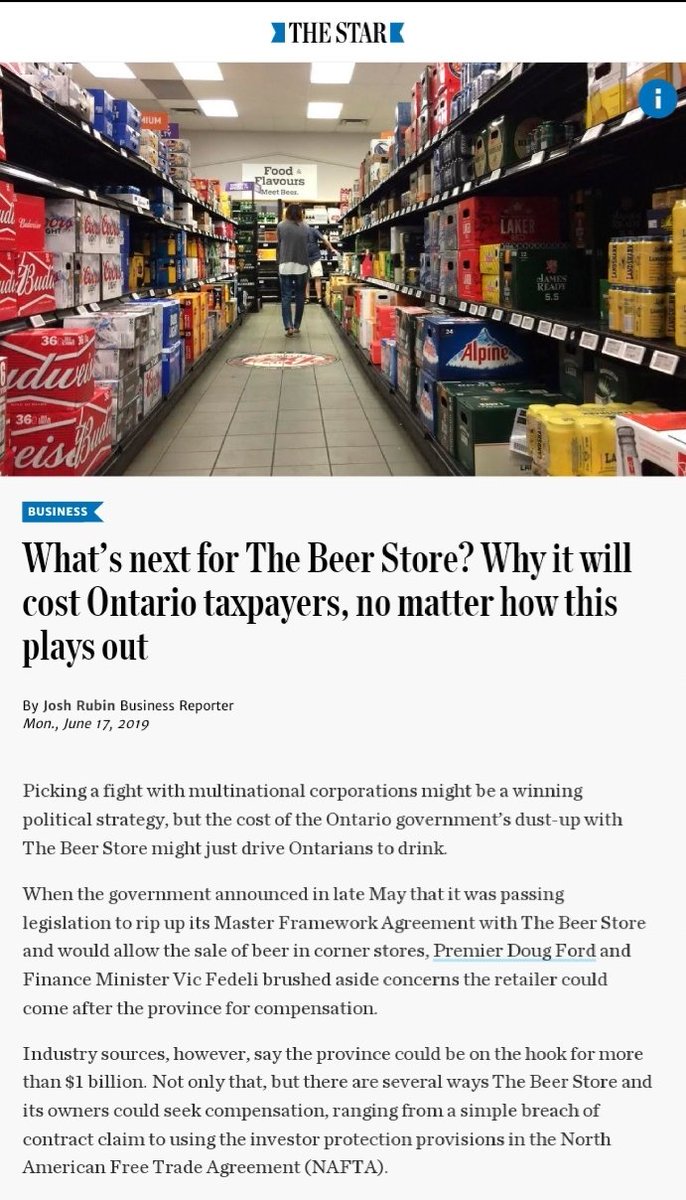 In Ford's unneccesary $600k rebranding plan, he personally selected to change the colour of the license plate to one which wasn't visible by police & other drivers @ night; ending in a recall of the new license plates. This was a waste of tax payer $. 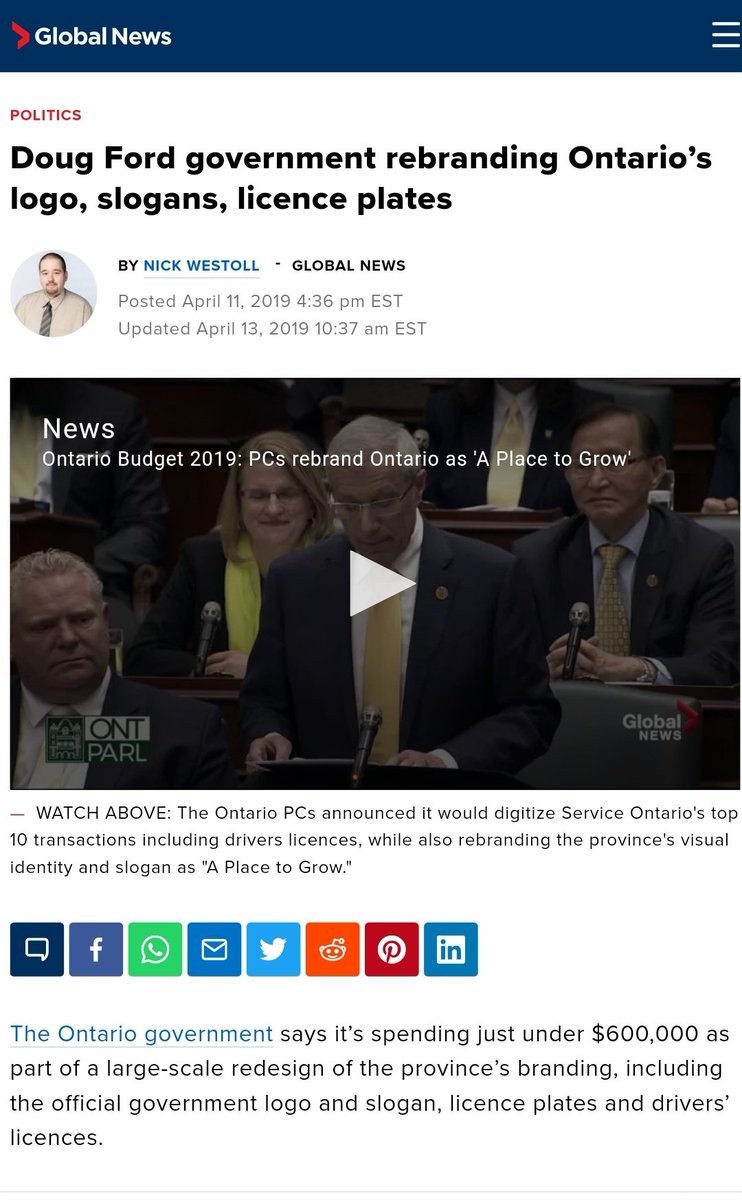 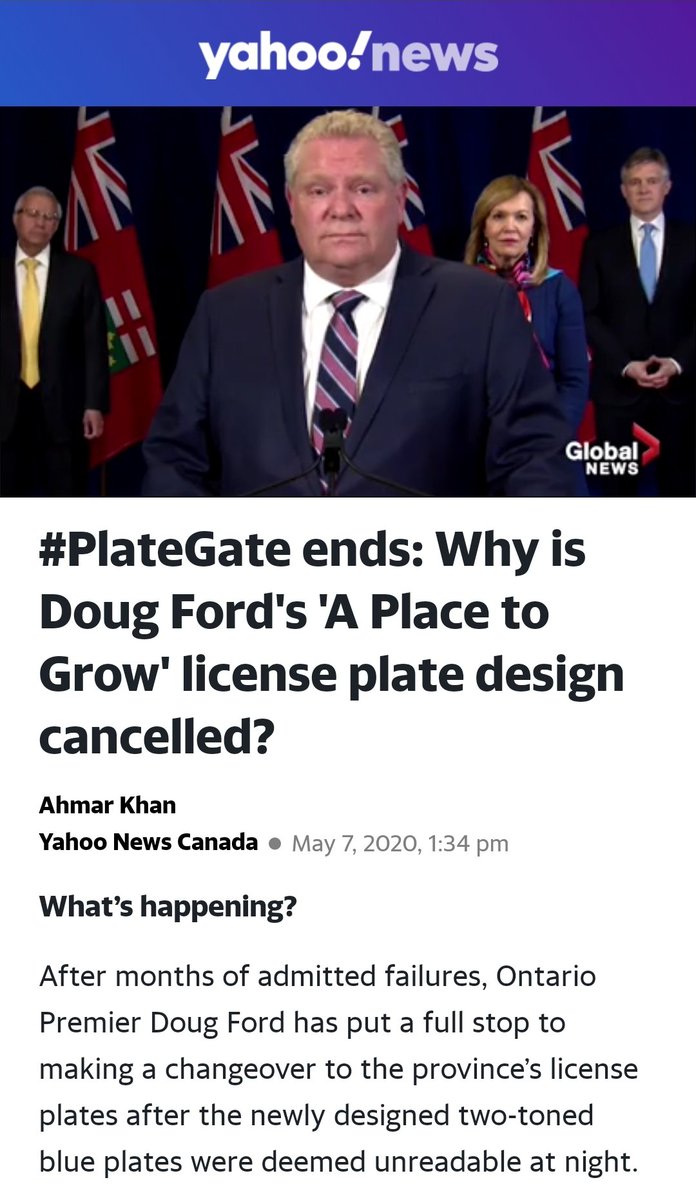 - claims "We're all in this together" & that he'll "spare no expense", yet publically spared disabled ppl 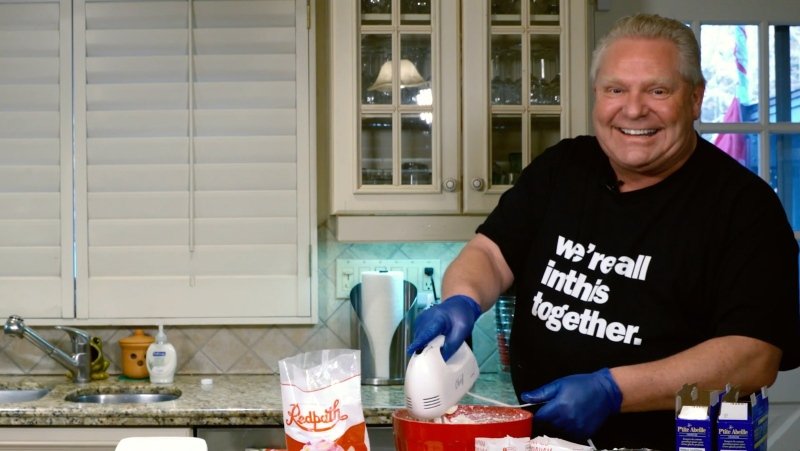 Lastly, when Ford came into office there was a Basic Income Pilot in Ont which he shut down quickly. If this was still in place & had expanded to all of Ontario as planned (instead of just a pilot in a few locations), the vulnerable would be better off rn. https://beta.ctvnews.ca/national/canada/2019/3/4/1_4321205.html
'Angel in disguise': Report details impact of Ontario's basic income pilot

The cancelled basic income pilot project in Ontario was an “angel in disguise” according to many survey respondents who said they feel “hopeless” and “lost” since the PC government announced last...

And If they were true, Mr Ford has a LOT of explaining to do as to where all of the budget $ went. (Like that clawback $.) Not helping the most vulnerable during a crisis is inexcusable.
#ODSP #OW #Disability #DisabilityRights #DougFord #Ontario #onpoli #Ableism #Canada @ODSPAction @fordnation @ToddSmithPC @CQualtro #Disabled #OntarioSpirit #ontarioshutdown @JustinTrudeau @Bill_Morneau @ONSocialService @CityCynthia @VassyKapelos @OmarCBC
1 more thing, ppl that are new should know the current #'s:

Only emergency help right now:
A means-tested monthly benefit of $100 max per single, & $200 max per family. You can be denied and the amount is at your case workers discretion.
You can follow @Sarah_Colero.
Tip: mention @twtextapp on a Twitter thread with the keyword “unroll” to get a link to it.