Read on Twitter
Tesla is operating in violation of the Alameda County health order, and Fremont has not yet forced a shut down of the factory, or taken any kind of enforcement action against Tesla yet.
Fremont Police spokeswoman Geneva Bosques said, "Our department remains in contact with the Alameda County Public Health Officer surrounding their direct communications with Tesla. We would be the lead agency if assistance is needed for compliance with the order."
Continued: "We of course hope Tesla continues to work with the County on a plan that doesn’t require our involvement, however we will cooperate with the County as needed to ensure the safety of our community."
Meanwhile, even as the factory production continues, possibly putting workers' health at risk, some Fremont City Councilmembers are hesitant to say if the city should take a stand against Elon Musk and Tesla.
Councilman Vinnie Bacon said the city is not forcing the factory to shut down because Tesla and Alameda County health officials are negotiating, so they're "hoping those negotiations go well."
"We are the enforcement agency, but...we’re not stepping in at this point. I think that's the more prudent approach as opposed to going in guns blazing,” Bacon said.

“I'm OK with letting this go for a day for a day or two,” he said of the negotiations.
I asked Councilman Vinnie Bacon if Tesla is getting special treatment amid the health crisis because it is the largest employer in Fremont and one of the largest in the county.

"Of course," he said.
Fremont Councilman Yang Shao said "it's a tricky question" when I asked if the city should enforce the health order. "I am against any special treatment, but I am for dialogue and I am for collaboration,” Shao said.
“You cannot just say it's as simple whether you enforce the law or not,” Shao said. He said the city is not giving Tesla special treatment.
“As long as the Alameda County authority is willing to continue the dialogue, then it's premature for me to suggest this or that," he said.
Fremont Councilman Yang Shao owns a Tesla, and said he owned Tesla stock up until late February and early March, when he sold it all off. Mayor Lily Mei owns Tesla, but did not respond to my request for comment. Councilman Raj Salwan owns a Tesla, too.
Councilman Raj Salwan told me “I think if Alameda County has determined that (Tesla) are in violation, the appropriate agency, city of Fremont, should enforce it."

"I don’t think Tesla should get any special privileges" different from other businesses, Salwan said.
“I’m not advocating for arresting Elon, but I’m sure there are ways to cease operations especially considering we are only a few days away from reopening of manufacturing,” Salwan said.

Salwan added, “I love my Tesla, but no one is above the law.”
Vinnie Bacon said it's also the direction of the city manager Mark Danaj and the police department to keep pursuing the approach of letting the negotiations play out with Alameda County.
This might be a good time to remind everyone that the Fremont Police Department also has a Tesla Model S patrol car, and widely promotes it, including in a recent hiring video. https://twitter.com/FremontPD/status/1258798792670732289?s=20 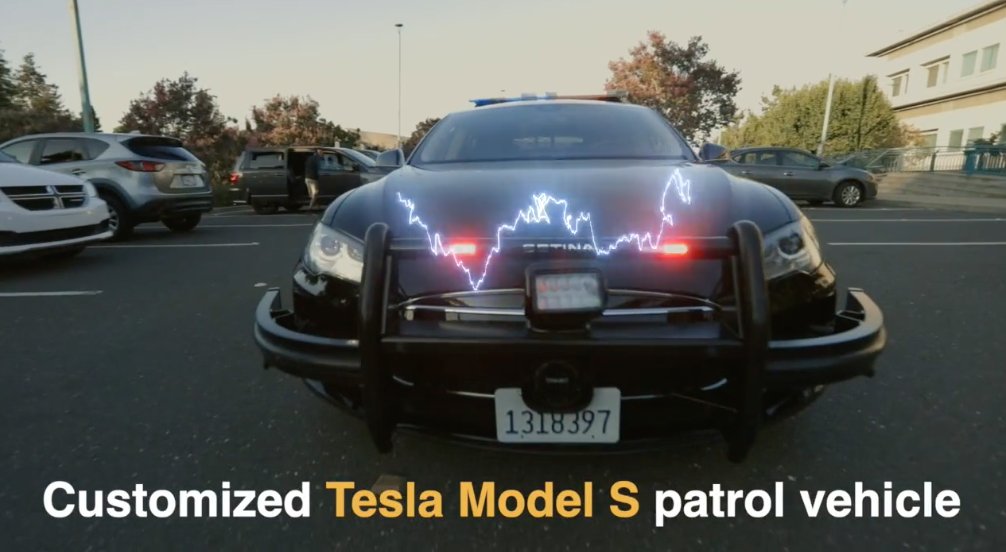 Check out our latest coverage on the ongoing Tesla saga playing out in Fremont, which we're updating throughout the day. @rexcrum @daviddebolt https://www.mercurynews.com/2020/05/12/coronaviruus-trump-calls-for-tesla-plant-to-re-open-now/
Coronavirus: Tesla fuels re-opening debate as employees come back to work

One day after Tesla Chief Executive Elon Musk forced a showdown with Alameda County and re-started some operations at his company’s massive automotive manufacturing plant in Fremont, area gov…

FREMONT — Elon Musk’s kept his Tesla factory here running Tuesday, after suing over Alameda County’s shelter in place order, and daring law enforcement to arrest him for violating the h…

https://www.mercurynews.com/2020/05/12/fremont-tesla-factory-remains-open-as-elon-musk-continues-his-standoff-over-shelter-in-place-orders/
You can follow @josephgeha16.
Tip: mention @twtextapp on a Twitter thread with the keyword “unroll” to get a link to it.