Read on Twitter
I am only hearing about Kengara Monena today.

He claims to have discovered oil in 1987 then waited until the time was right (i.e. the Kibaki administration) to let the government know.

1/
His story is really the story of how karma works https://www.sde.co.ke/thenairobian/article/2001278948/poor-billionaire-how-my-discovery-of-crude-oil-in-turkana-was-stolen
Poor billionaire: How my discovery of crude oil in Turkana was stolen

https://www.sde.co.ke/thenairobian/article/2001278948/poor-billionaire-how-my-discovery-of-crude-oil-in-turkana-was-stolen
2/
1987:
“As the drilling went on, we noticed what was gushing out of the hole was different. It even smelt different, like kerosene, and after a short while, the extracts changed from a clear liquid to a blackish liquid. At that time I knew it was oil,” Monena says. 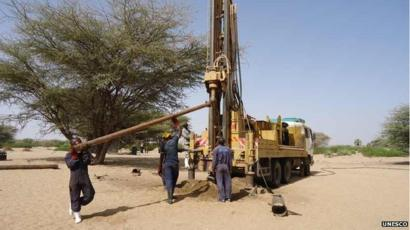 3/
Monena and his friends were afraid of what might happen to them if they walked to then Energy minister Nicholas Biwott and declare his find.

“Those were dangerous times. Once you walked into a minister’s office you wouldn’t know if you’d walk out,” he says. 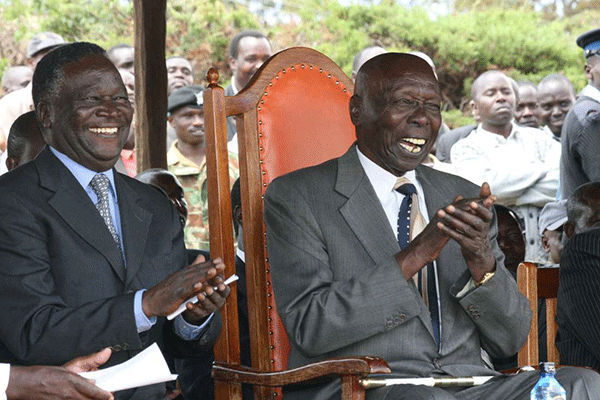 4/
After the 2002 general election, Monena felt comfortable enough to finally inform the government of his find.

On December 13, 2005, Dr Monena, through his company Interstate Mining, sent samples of that black substance to KPRL under the Ministry of Energy. 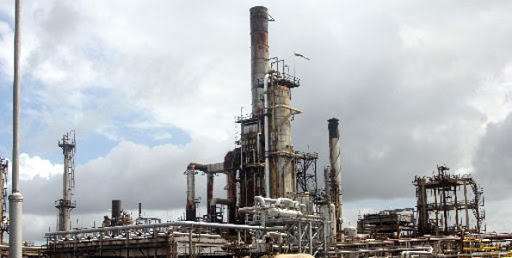 “Our opinion is that this material is more likely to be fuel oil. This is however not a full analysis, however, due to the small sample size delivered to KPRL, a larger sample is required... 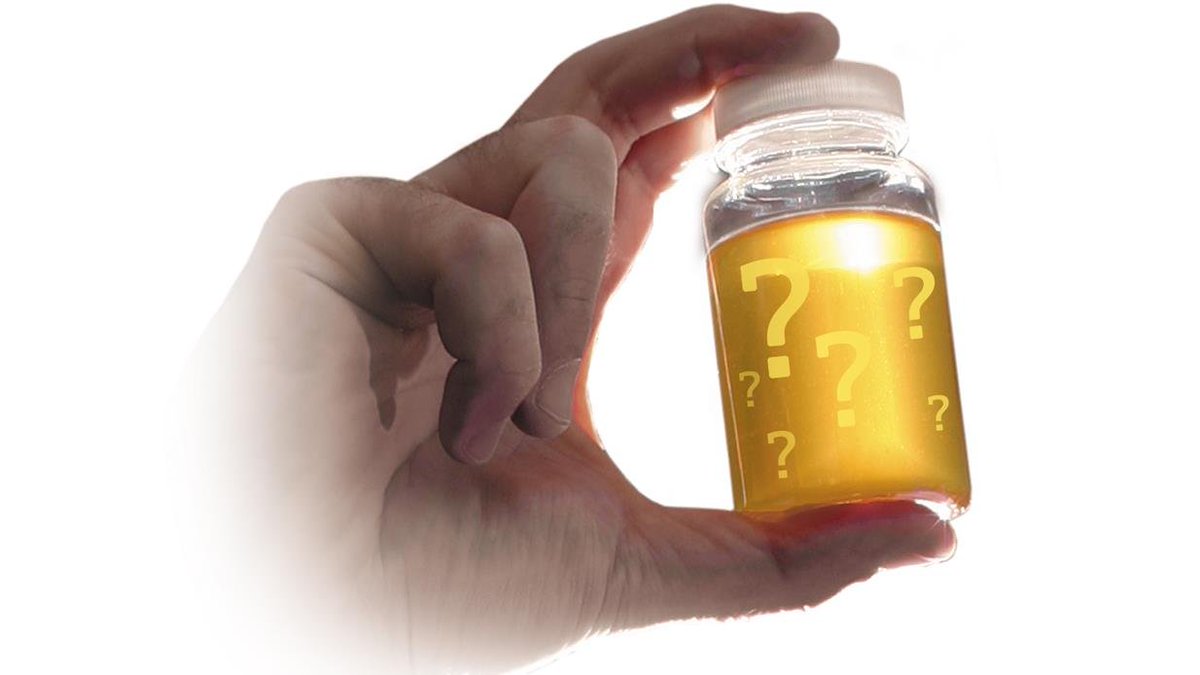 6/
And on January 3, 2006, through his contacts, Monena reached out and got in touch with the Norwegian Secretary of State for Energy, who referred him to the Norwegian embassy in Nairobi. He also reached out to then Energy PS Patrick Nyoike. 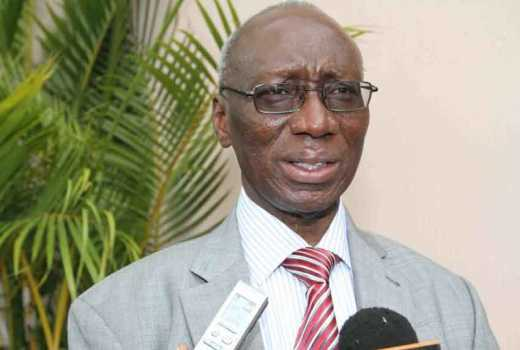 7/
Interstate applied for exploration consents from the county councils of Pokot and Turkana. By mid-2006, permission was granted by both counties in writing and copies of the consent letters copied to the Ministry of Energy.

8/
Unknown to him, plans were being hatched elsewhere regarding his find.

“The material you presented for testing was tested at the Kenya Petroleum Refineries Limited and was found to be black and very heavy.

9/
Meanwhile, one of the two mining blocks on which Monena had struck oil had elicited interest from Turkana Drilling Company (TDC) owned by Yunis Mohamed, Amyn Lakhani, One Jurg Hemann (a taxi owner and operator and Albert Raponi a Canadian legal expert

https://oxfamilibrary.openrepository.com/bitstream/handle/10546/608599/rr-tax-havens-kenyan-petroleum-rights-061016-en.pdf?sequence=4&isAllowed=y
10/
Yunis Mohamed was a longtime Ford Kenya insider. Subsequent court legal processes by TDC were executed by Wetang’ula, Adan and Makokha Advocates, a firm in which the Assistant Minister Foreign Affairs and current NASA co-principal Moses Wetang’ula was and remains a partner. 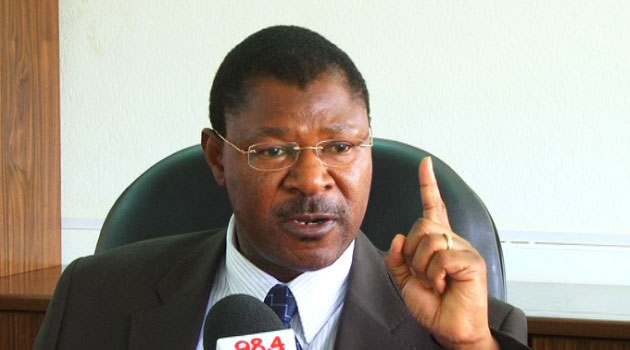 11/
Nearly two years later, on August 26, 2009, he wrote to President Kibaki to inform him of his find. Part of the letter, which was received by the Principal Administrative Secretary in the Office of the President on January 18, 2010

To date, Interstate awaits a reply from OP. 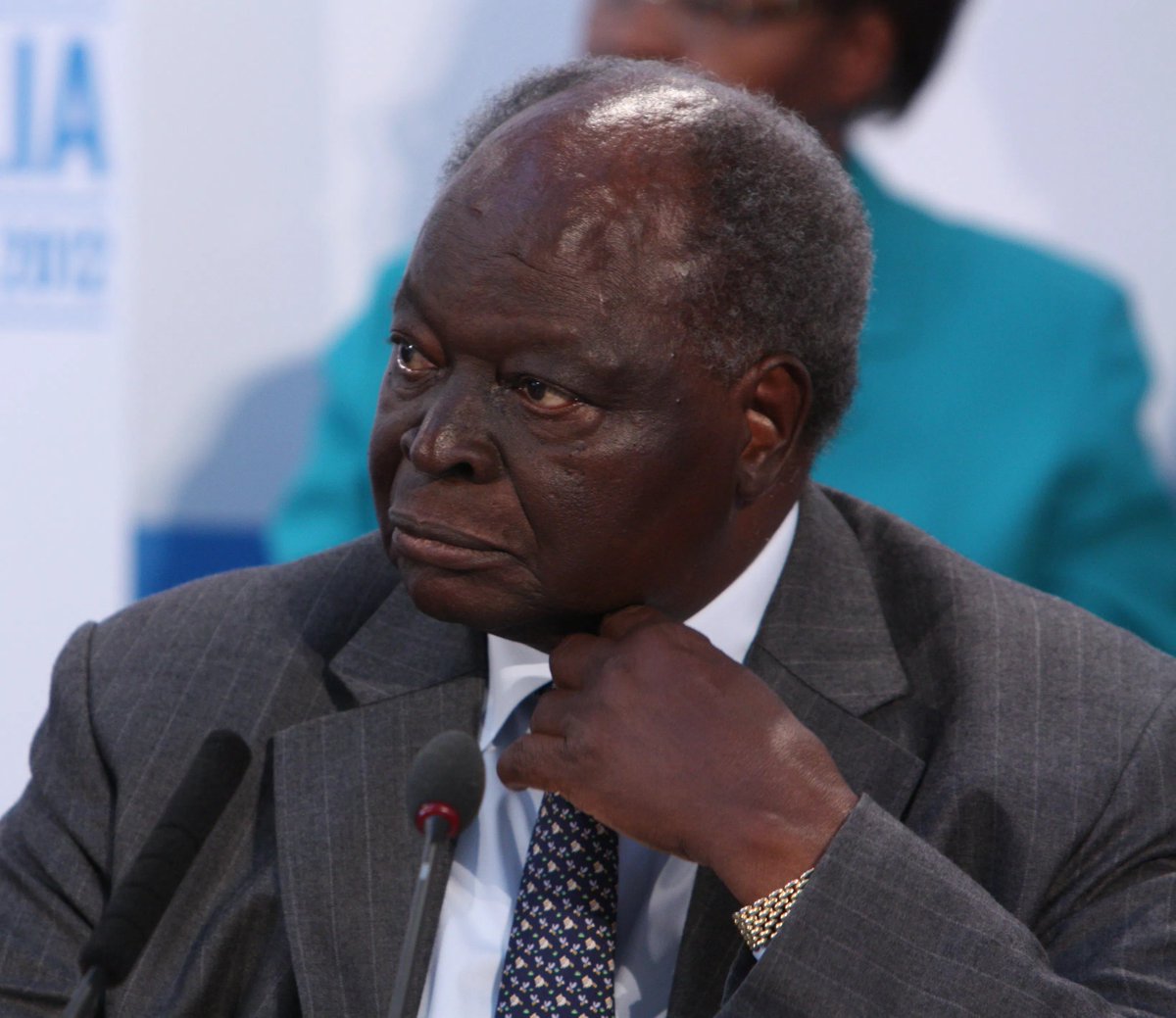 12/
A secret memo from 2007 titled “Remittance of US$1million by Turkana Drilling Company Before The Scheduled Negotiations” from the Office of the Permanent Secretary, Ministry of Energy to Moses Wetang’ula alludes to a phone conversation between Wetang’ula and Nyoike 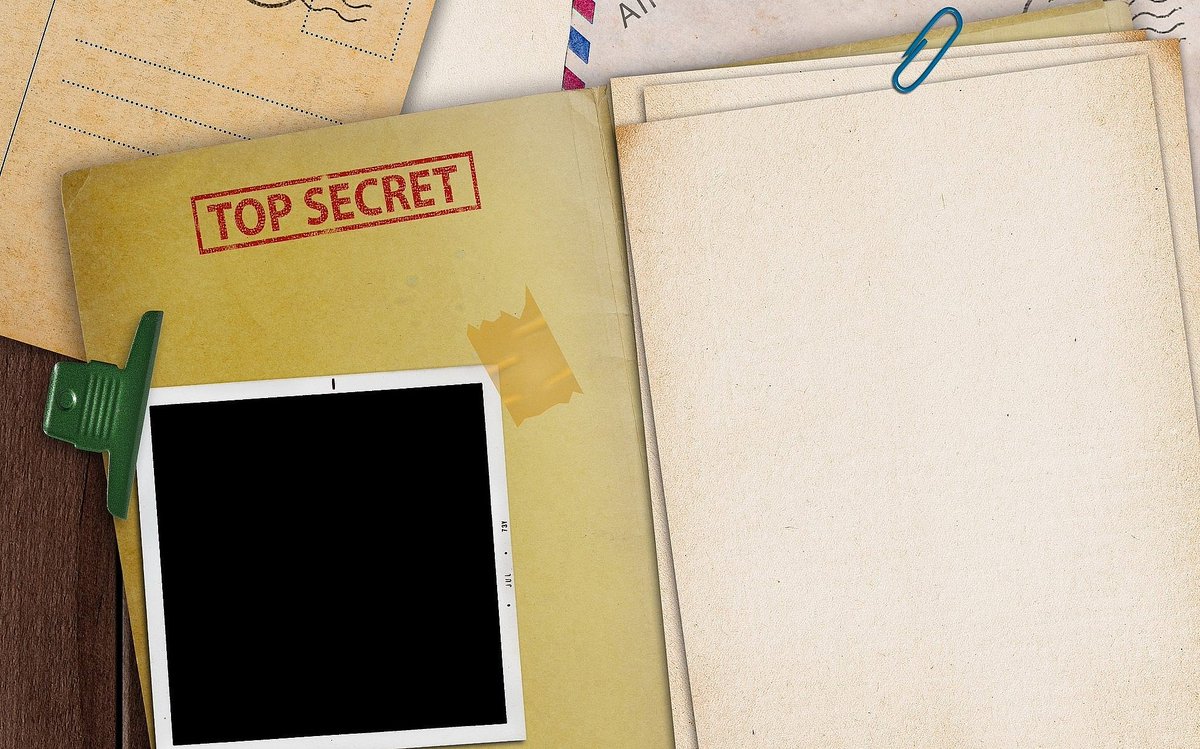 “I would like to refer to our (Hon Wetang’ula/Nyoike) telephone discussion this morning, Thursday July 5, regarding the above captioned subject. It would be appreciated if Turkana Drilling Company remit US$1million into the account of the Ministry of Energy...
14/
The Mining Act is silent on signature bonuses. However, the Kenya Govt gives the National Oil Corporation of Kenya (NOCK) Sh100mn annually to undertake preliminary exploration surveys. Data from these surveys is then sold to companies that might be interested in exploration. 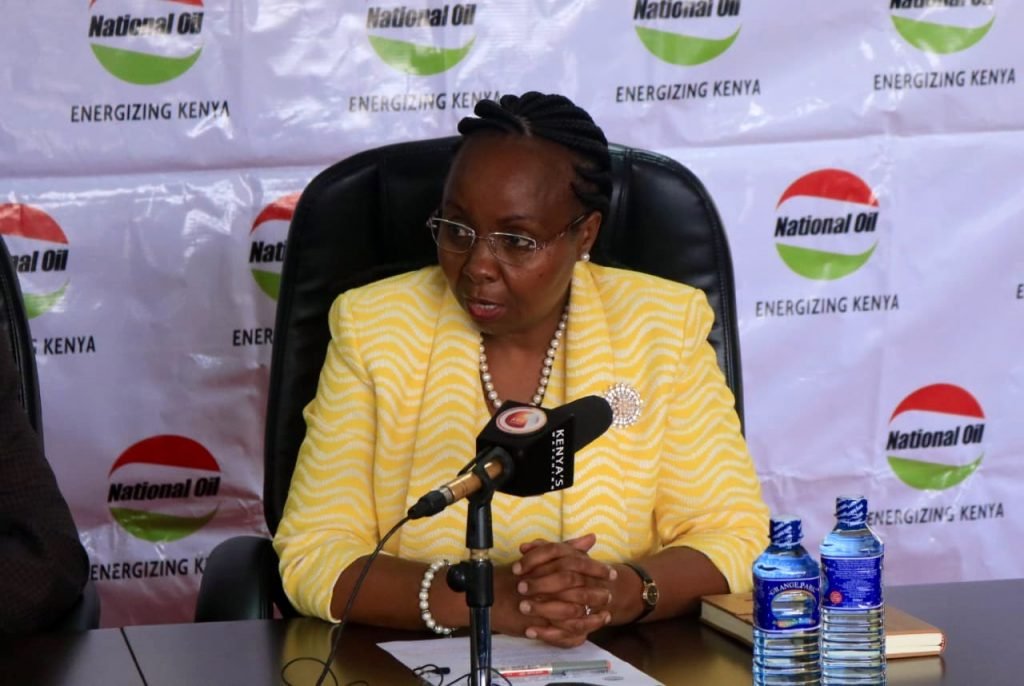 15/
Monena is confident that it is the data from his initial survey and test results from samples provided by Interstate that were sold to TDC. It is also noteworthy to mention that the PS Energy sits on the NOCK board.
16/
TDC sold its mining and exploration rights to Canadian firm Africa Oil Corporation for US$30 million.

That same year, Africa Oil Corporation and another of its sister companies Centric Oil sold half of their operations to Tullow Oil.
17/
And in March 2012, Kenya announced the discovery of oil

“I have been informed by the minister that our country has made a major breakthrough in oil discovery...this is the beginning of a long journey to make the country an oil producer,” Kibaki said. https://www.nation.co.ke/news/The-inside-story-of-Kenyas-oil-discovery-/1056-1377792-14jxevgz/index.html
The inside story of Kenya’s oil discovery

A Cabinet minister, a Permanent Secretary and a former adviser to the Kenya Government have been sensationally linked to the company that raked in nearly Sh1 billion by selling the block of land

https://www.nation.co.ke/news/The-inside-story-of-Kenyas-oil-discovery-/1056-1377792-14jxevgz/index.html
18/
In a press conference Tullow termed the oil samples as “high-quality oil that will yield more gasoline and diesel per barrel than some other crude discoveries in Africa”.

In 2006, a sample from the same block provided by Interstate was dismissed by the PS energy 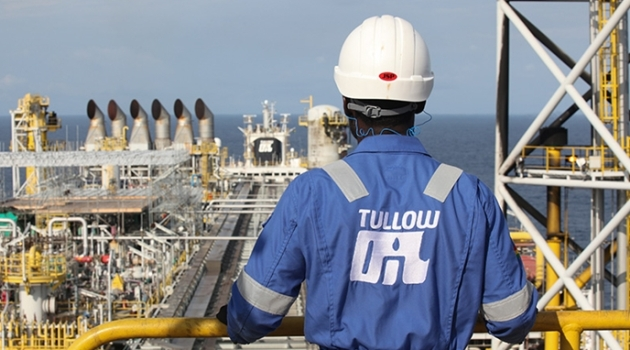 19/
In December 2019, Tullow PLC was plunged into crisis after it ousted its boss, slashed production forecasts and axed the dividend - sending shares crashing to a 20-year low. https://www.telegraph.co.uk/business/2019/12/09/tullow-shares-crash-cutting-forecasts-ousting-boss/
Tullow Oil loses two thirds of its value as shares crash

Tullow Oil has been plunged into crisis after it ousted its boss, slashed production forecasts and axed the dividend - sending shares crashing to a 20-year low.

https://www.telegraph.co.uk/business/2019/12/09/tullow-shares-crash-cutting-forecasts-ousting-boss/
20/
In March 2020, Tullow announced that it posted $1.7 billion loss from $85 million profit in 2018, attributed to a meltdown on the value of Kenya and Uganda assets, plus reduced production in Ghana operations. https://www.theeastafrican.co.ke/business/Tullow-oil-in-loss-fears-the-worst/2560-5490868-15u7tex/index.html
Tullow in $1.7b loss, fears the worst

The firm blames the collapse of crude prices on igniting a “perfect storm” in its business.

https://www.theeastafrican.co.ke/business/Tullow-oil-in-loss-fears-the-worst/2560-5490868-15u7tex/index.html
You can follow @surambaya.
Tip: mention @twtextapp on a Twitter thread with the keyword “unroll” to get a link to it.