Read on Twitter
COVID-19 has revealed so much about US society but chiefly about how partisanship has rotted the capacity of our political system to take on big tasks.
80K dead and we are still disagreeing on what to do, with one party catering to a vocal minority out of touch with reality.
If you look at COVID-19 as the barometer for the US government to respond to major global challenges like climate change, the answer is you can only do so much with one party not fully committed to reality-based governing.
The first step to fixing this is a moment of national clarity. Trump boasts that other world leaders are envious of the spectacular job he is doing. It’s not true. Other countries feel a mixture of pity & astonishment that the country of the 20th century looks so incompetent.
So much of the power of the US is based on its reputation to competently pull off big things. Is this still justified? We are not just withdrawing from the world stage, we cannot competently deal with domestic threats. https://www.nytimes.com/2020/05/08/opinion/coronavirus-trump.html 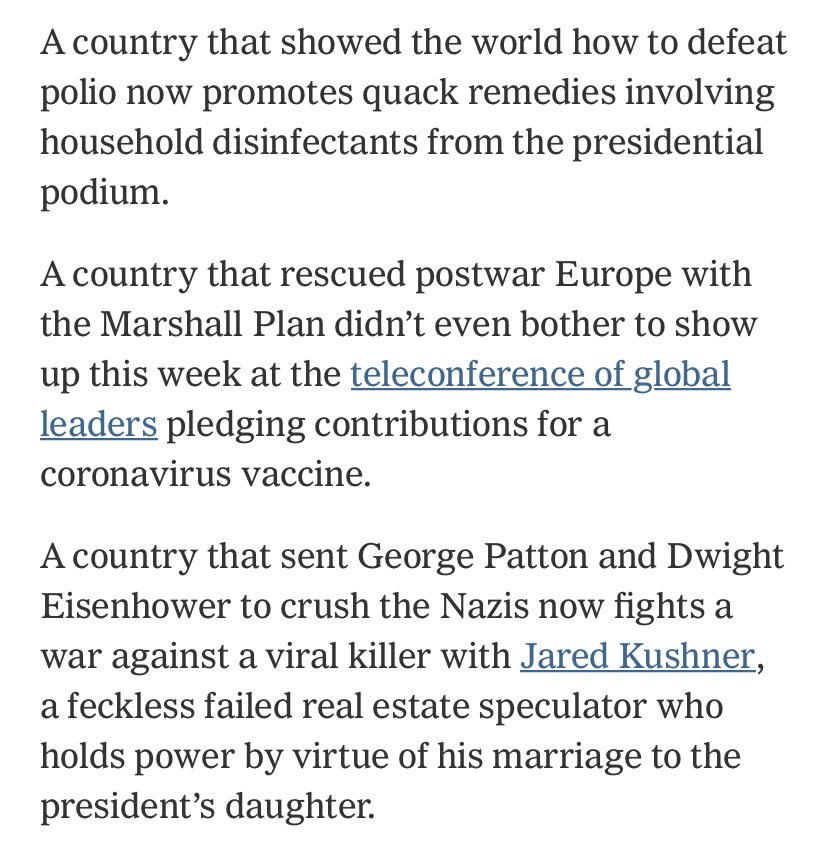 Good governance ultimately demands some basic rationality. But we live in a country where one political party has incorporated, encouraged and deified the paranoid style of conspiratorial thinking to the point where it can no longer commit to reality-based governing.
Instead of trying to correct the conspiracists in the party, they are viewed as useful as the front lines of policy change. They are told they are right, that they are defending freedom and aided by the corporate wing of the party to achieve their goals. https://www.theguardian.com/us-news/2018/sep/26/koch-brothers-americans-for-prosperity-rightwing-political-group
How the Koch brothers built the most powerful rightwing group you've never heard of

Americans for Prosperity is a little-known, billionaire-funded organization that has pushed US politics to the right. How did it happen?

https://www.theguardian.com/us-news/2018/sep/26/koch-brothers-americans-for-prosperity-rightwing-political-group
The conspiracists are told they are good people with legitimate grievances; celebrated as folk heroes for their resistance.
Having become so reliant on them, the GOP has effectively given veto power to people who are unwilling to deal with the reality of societal challenges. 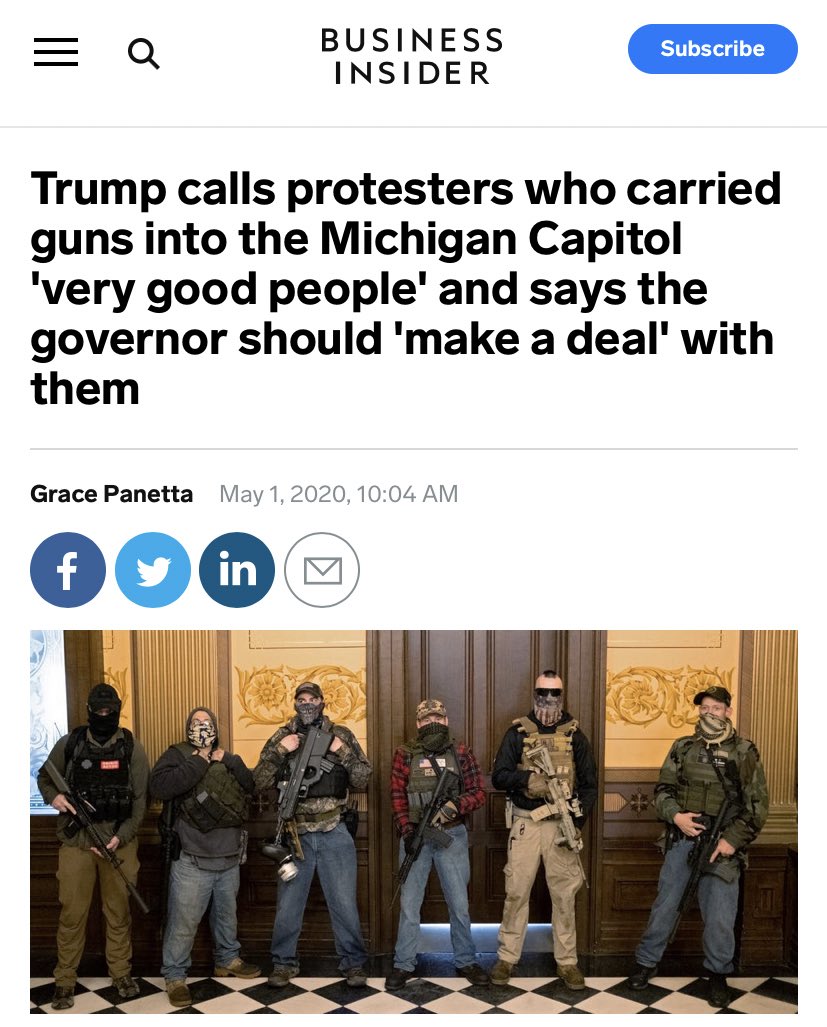 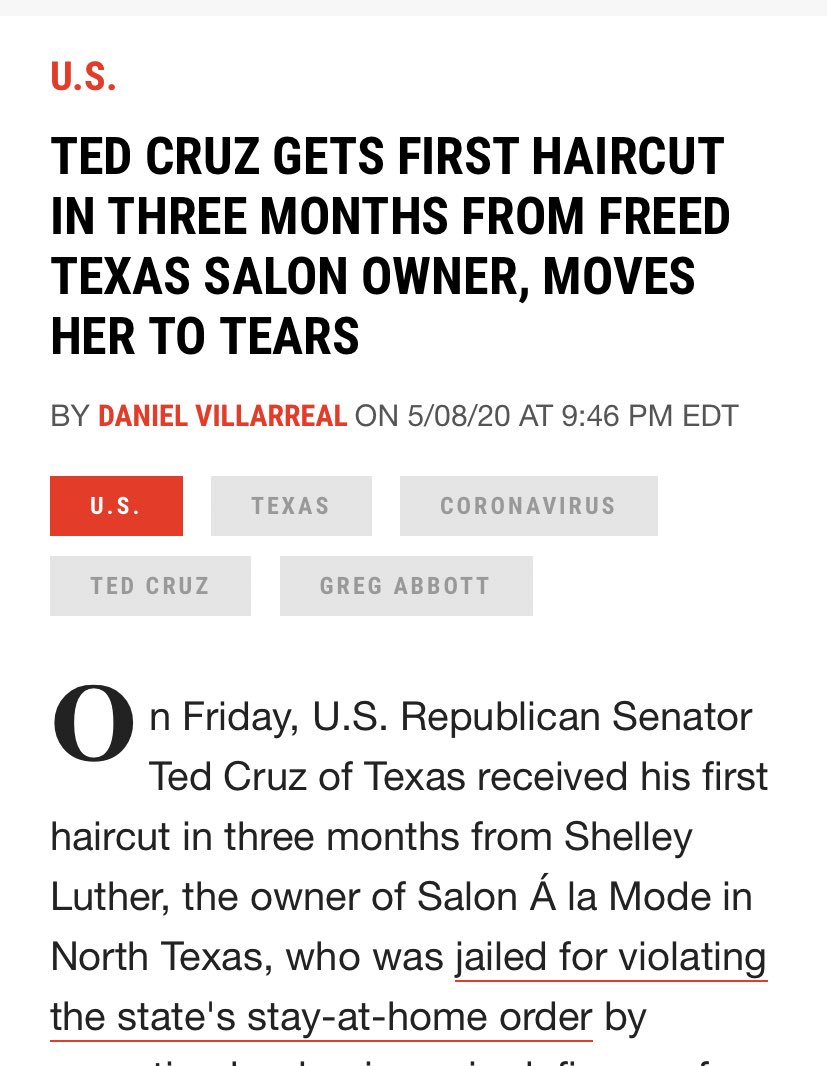 I think about this cartoon a lot, and wonder why so many cling to the Jacksonian idea that governing requires no particular expertise to be done well, despite repeated evidence to the contrary. 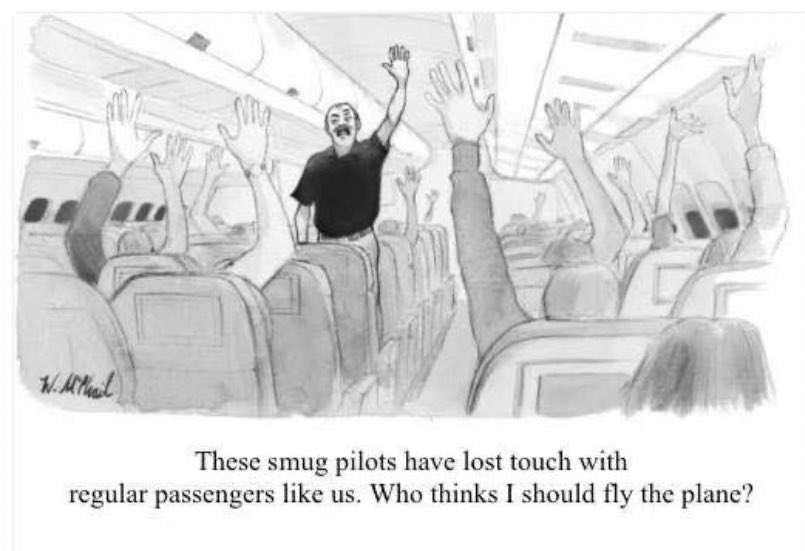 You can follow @donmoyn.
Tip: mention @twtextapp on a Twitter thread with the keyword “unroll” to get a link to it.