Read on Twitter
this will be a thread titled getting to know oneus' members (a weird but hopefully complete and elightening introduction to oneus)
this is kim youngjo, also known as ravn. he is a rapper and a producer but also a very competent vocalist cuz this is oneus we are talking about. no, he is not the leader. oneus does not have a leader. please leave him alone, he is just the eldest.
if you hear "ra spit out flame" in a oneus song, ravn is about to rap

he is very affectionate towards his members and his fans. he has the cutest dog named sunny. he uses A LOT of emojis

. he checks himself out on every mirrored surface he gets close to (can you blame him?)
ravn's symbol is the black cat

. he does cat ears (jjonyangie ears) quite often to please tomoons. he is very interested in fashion and even customized some of his clothes. you can see ravn acting in mamamoo's everyday mv and jinju's petal mv
this is lee seoho, former known as lee gunmin (he changed his name legally before his debut). he is a vocalist, but he started his trainee days as a rapper, so you know he has the range. the mood maker of the group, the one with the brightest smile according to oneus themselves
seoho's symbol is the squirrel

. he is a curious science nerd. he likes to ask weird questions and say scientific facts to whomever is close enough to hear them. he plays games online. he is a bruno mars and dean fan. constantly serenades tomoons with amazing covers
seoho is a nerd but he is also very athletic. he is good at football and used to practice hapkido. whenever you see someone doing acrobatics during an oneus stage, that's seoho
i will end my seoho introduction by linking the thread i dedicated to his weird brain. enough said. https://twitter.com/fullmoomoon/status/1233185049916379136?s=19

this is kim geonhak, also known as leedo. he is the rapper with super deep voice you can easily notice in any oneus song, but he is also one of the sweetest singing voices in many oneus songs. you just have to accept that he has two different voices and he slays with both of them
leedo's symbol is a chick

. he majored in early childhood education (useful, cuz oneus are just hyperactive kids). he gets shy easily, especially when complimented. he struggles with aegyo but he is getting better at it. he will report your comment if you misbehave on lives
leedo likes to work out. no, that's not correct. leedo LOVES to work out. he exercises everyday and he carries his dumbbells everywhere, even to overseas schedules. he is strong as fuck and he is usually the one lifting the other members up
leedo can easily carry 3 oneus members on his back. he said he could carry more of them but that would be uncomfortable... to the ones on his back
he had given up on his dream, but ravn asked him to audition for rbw

“thinking about it, it is such a relief i didn’t give up and decided to start over again and held on to youngjo hyung’s hand when he reached out to me” leedo, 2020

best friendship
he eats like a kid: no vegetables, and no bitter drinks. he plays online games. he tries his very best to not come off as intimidating. in conclusion, he may be tall and muscular and have a deep voice but leedo is baby
this is lee keonhee, the self proclaimed mouth of oneus cuz he eats a lot, he talks a lot, and his mouth is big as hell. he is the tallest member and a powerful vocalist
keonhee is a scaredy cat and he will scream loud as fuck when scared. pigeons are one of his well known fears, so you can imagine how easily he gets scared. he is also an empathetic cryer and a very sweet soul. he has lots of ryan and olaf plushies
keonhee is a girl group stan through and through. he always talks about his idol iu, he knows plenty of gg choreographies and i am pretty sure fancy was keonhee's pick for song of the year in 2019
keonhee's symbol is a bunny

. he is quick witted, which makes him very good at games. he is also very funny and he will never miss an opportunity to joke around so even when he isn't winning at a game, you will want to give him the prize at the end
this is yeo hwanwoong, also known on stan twitter as the tiny oneus man. he is a vocalist and he can rap but what he is most famous for is his dancing. the boy is
indisputably a dance genius and he creates choreographies for oneus comebacks
hwanwoong's symbol is a tiger

but sometimes he is associated to a sloth

cuz he is the last one to wake up and he is very slow in the mornings. he can cover any song and match its concept, and he is one dancer you can trust to always give feminine choreographies his respect
hwanwoong is a bubble tea enthusiast. he used to practice taekwondo. he is a rain and kai fan. he is into photography and shares with us beautiful pics he takes of scenarios and the other oneus members. his sweet vocals are underappreciated but it's my mission to change that
"the image that everyone sees of me is that i am a small and proper kid but, in reality, i am THE SMALLER THE PEPPER THE HOTTER type of person" yeo hwanwoong, 2020

i think that sums it up nicely
this is son dongju, also known as xion. he is a vocalist and oneus' maknae and his hyungs let him get away with murder on a daily basis. he has a twin brother named dongmyeong in the rbw band onewe (yes, oneus and onewe are completely different groups, please spread the news)
xion's symbol is a deer

but sometimes also a pink bunny

. he is a musicals superfan and often goes to the theatre when he has free time. he is also a disney princesses enthusiast. he writes long letters to tomoons on fancafe and keeps his stans well fed with lots of selcas
xion has a big bear plush named doongdoongie. he likes to do his own makeup and he is quite good at it. he may appear cold at first, but his personality is really bright. he also has some of the most legendary halloween looks like the maleficent one
now to conclude this thread let's do a quick recap of their beautiful faces 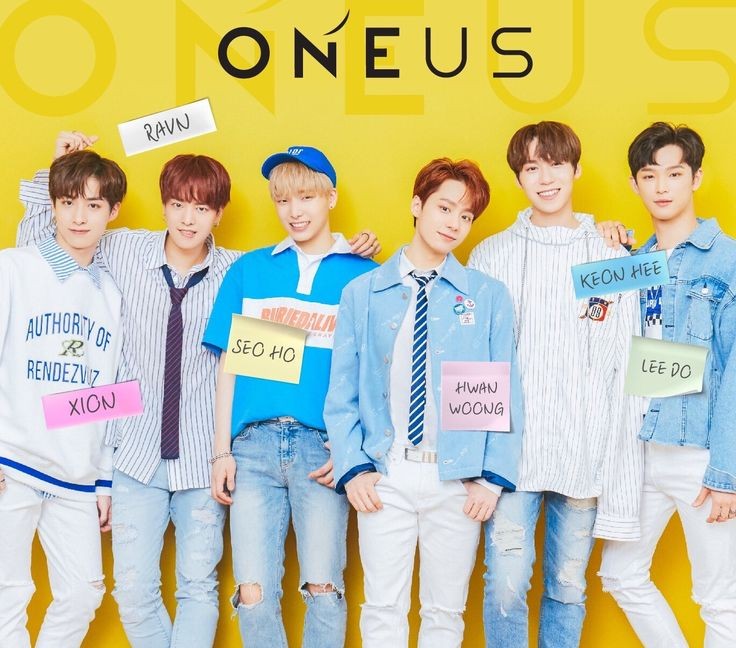 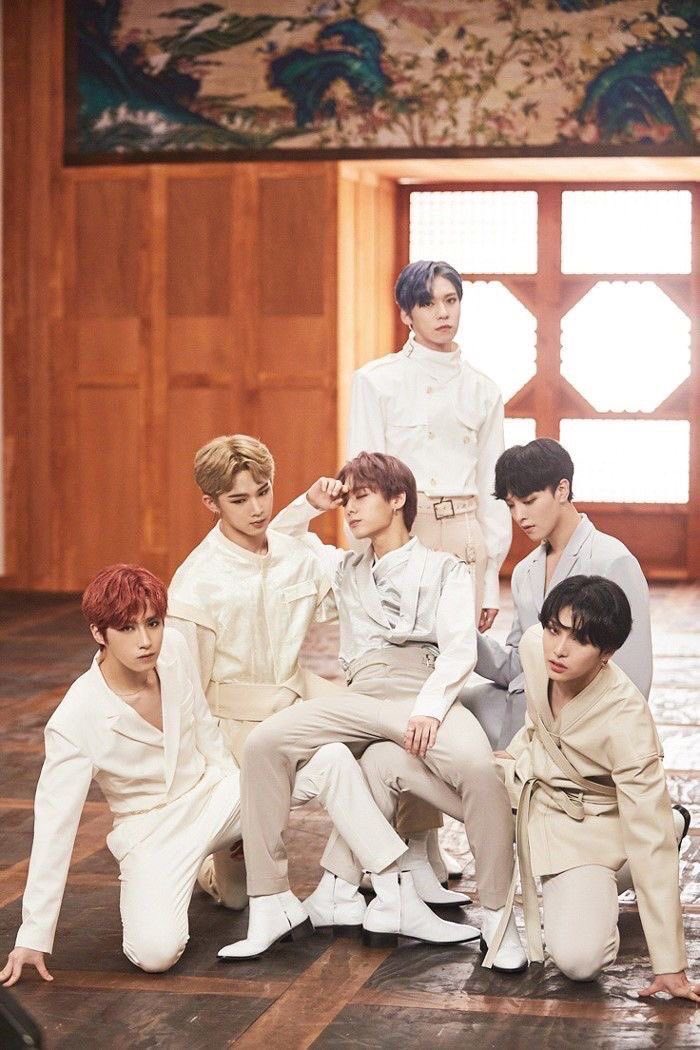 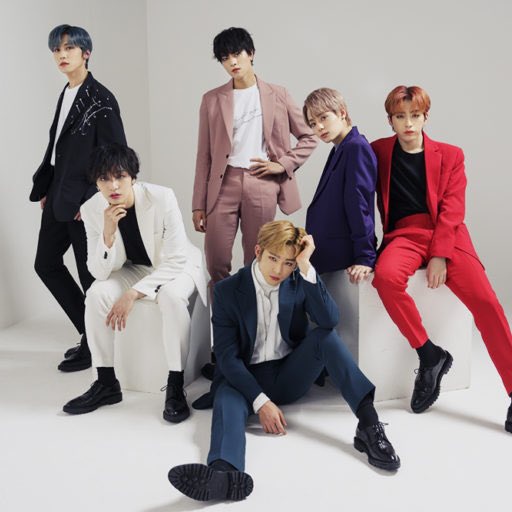 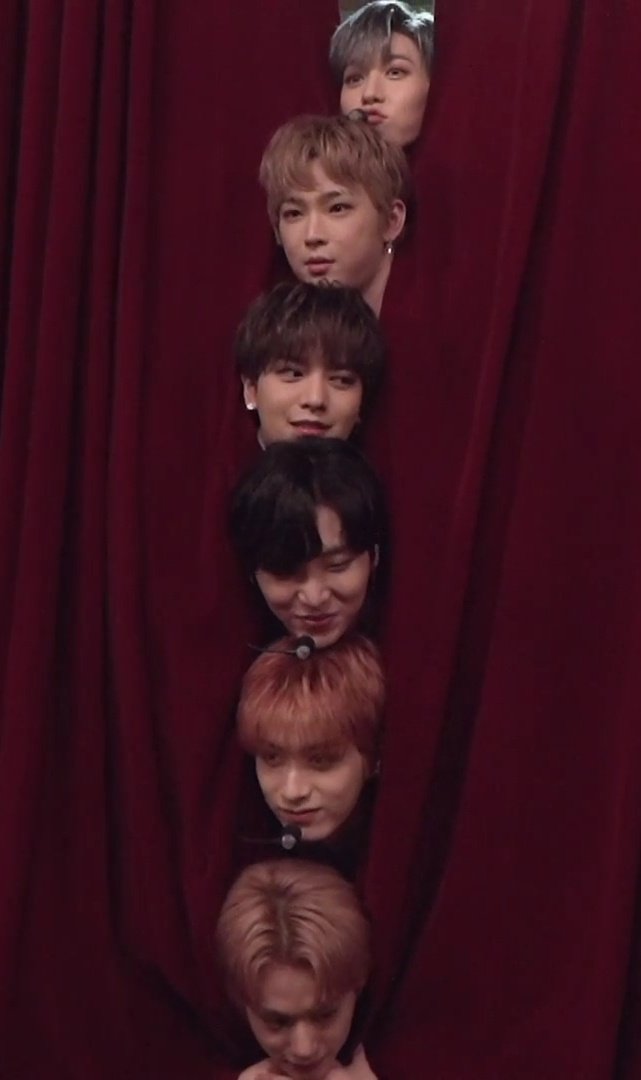 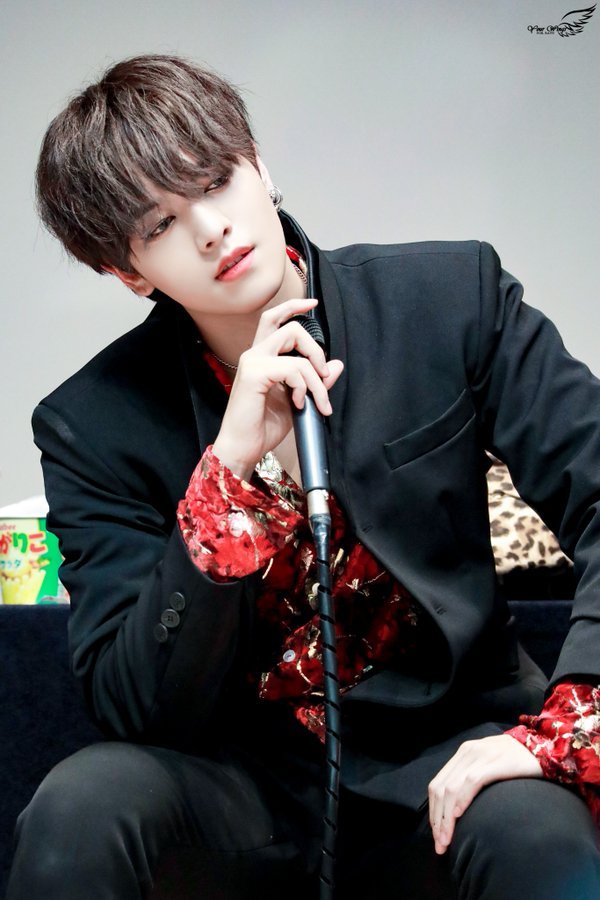 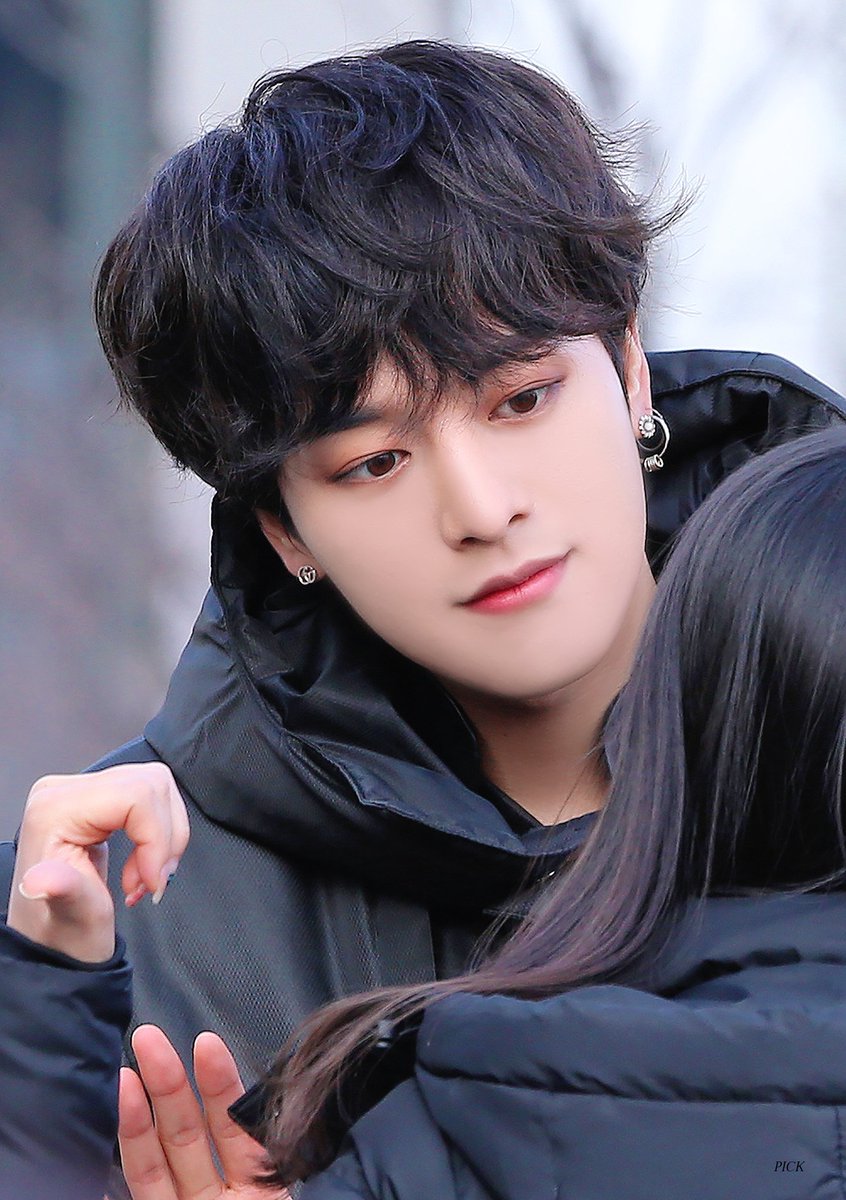 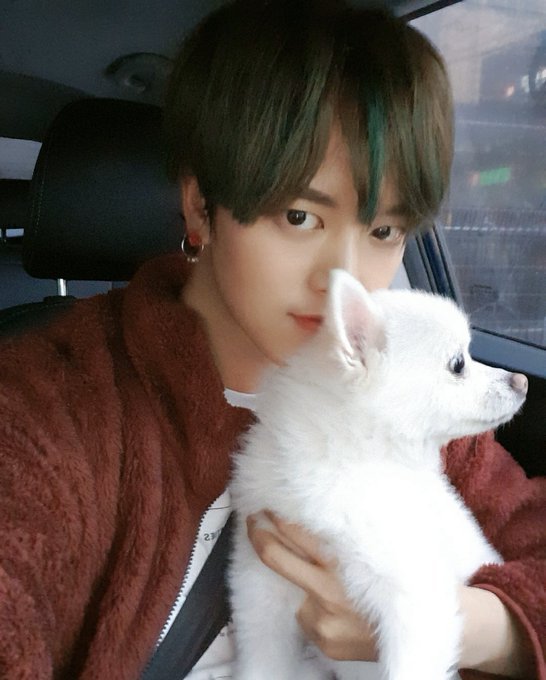 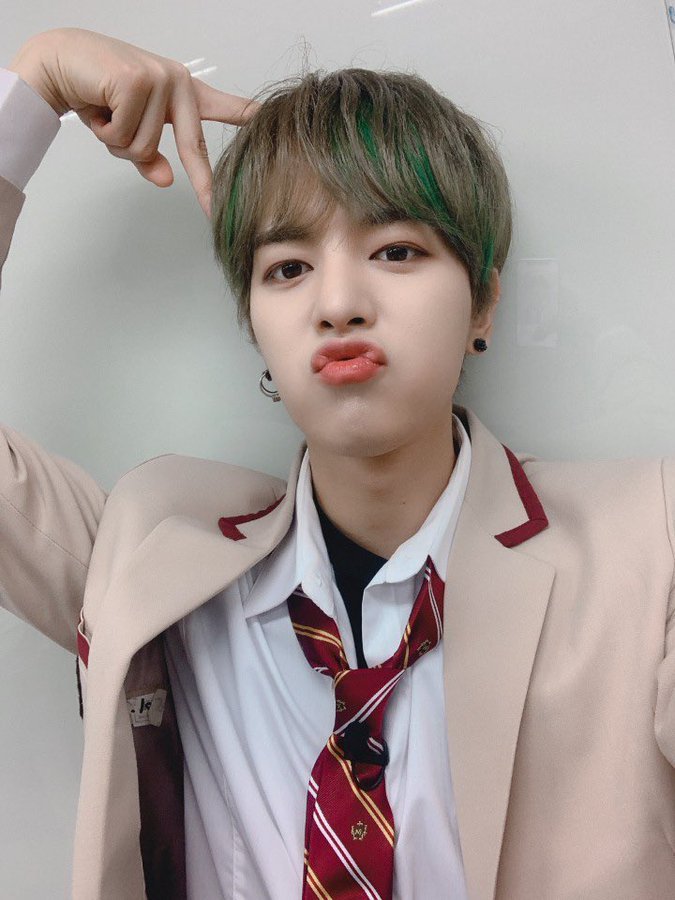 You can follow @fullmoomoon.
Tip: mention @twtextapp on a Twitter thread with the keyword “unroll” to get a link to it.