Read on Twitter
In the absence of Eskdale tup show today, I thought I'd do a repeat of last years for the sheep geeks, so here's a wee thread.

With an early start (and the benefit of a not-Bank Holiday weekend) the road over Hardknott isn't too busy. At the top, look out for the guardsheep 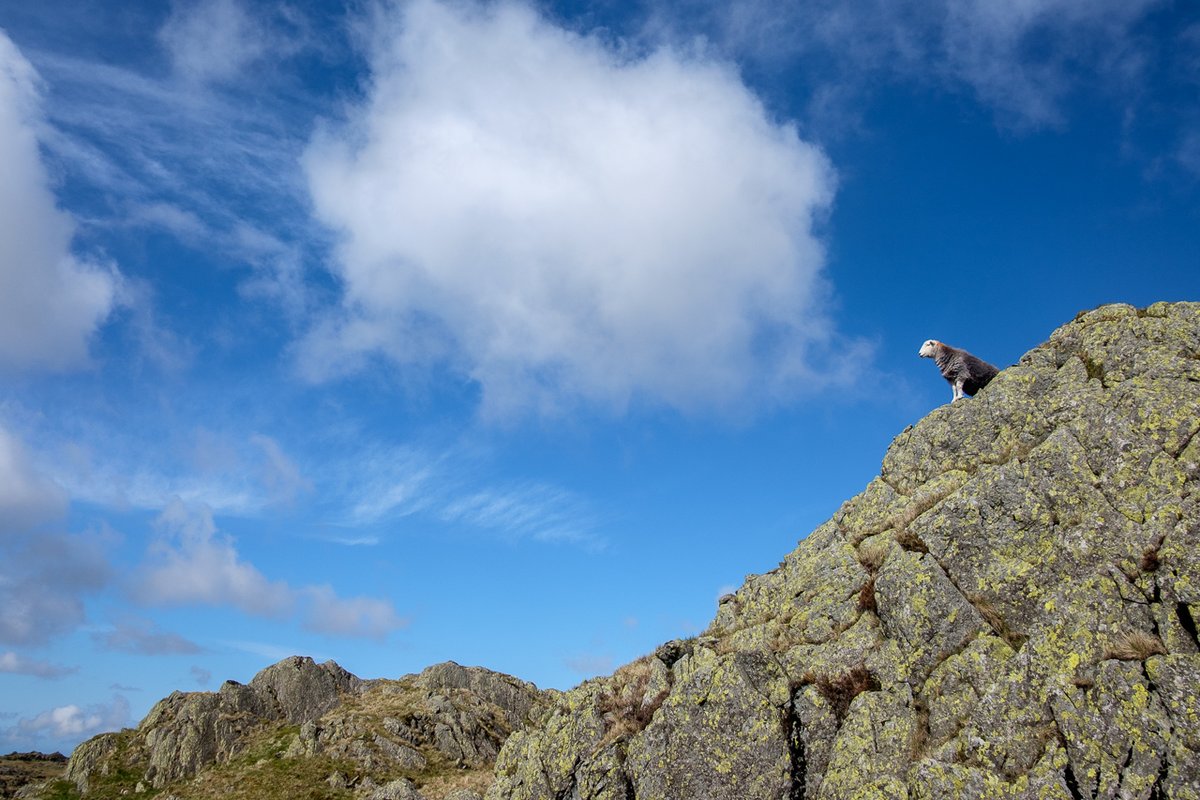 If you can sneak past the sheep (and it isn't raining), do have a walk up to Border End for a cracking view of the Scafell range 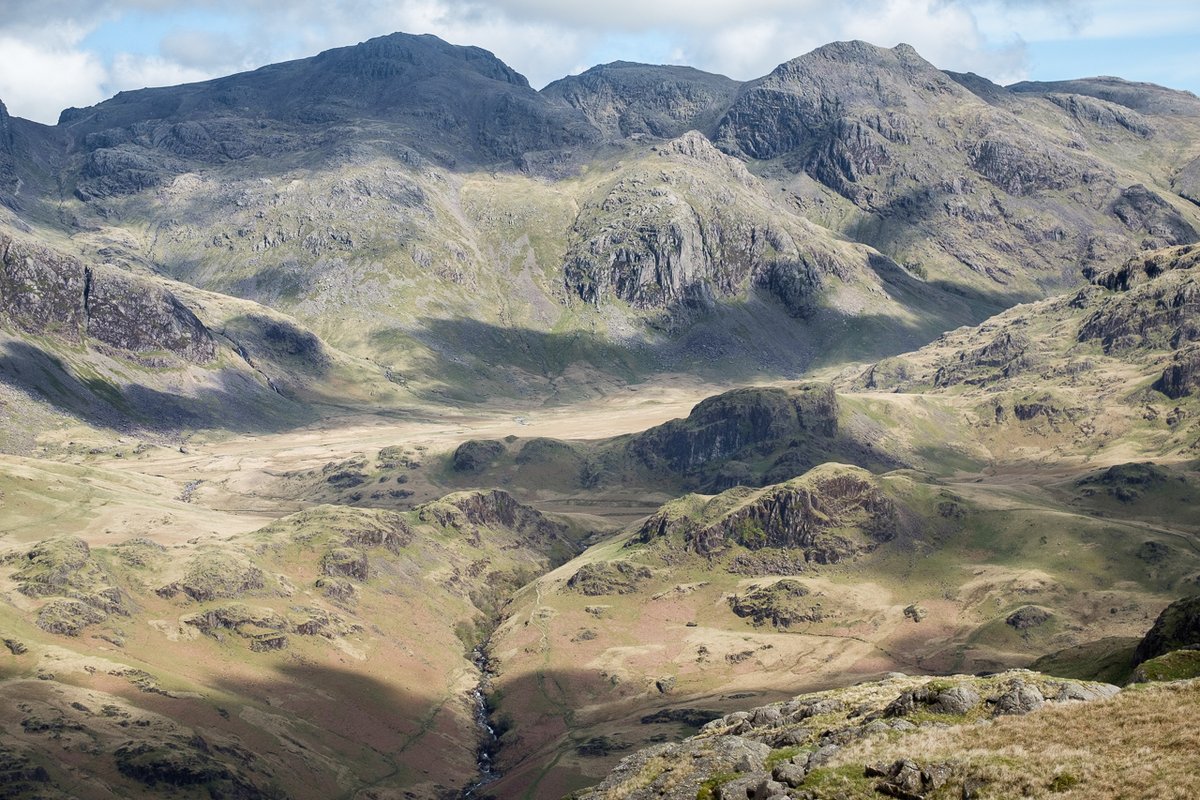 After all this, I was still early last year - the show doesn't start until dinnertime. So I had a wander over the road towards Penny Hill... 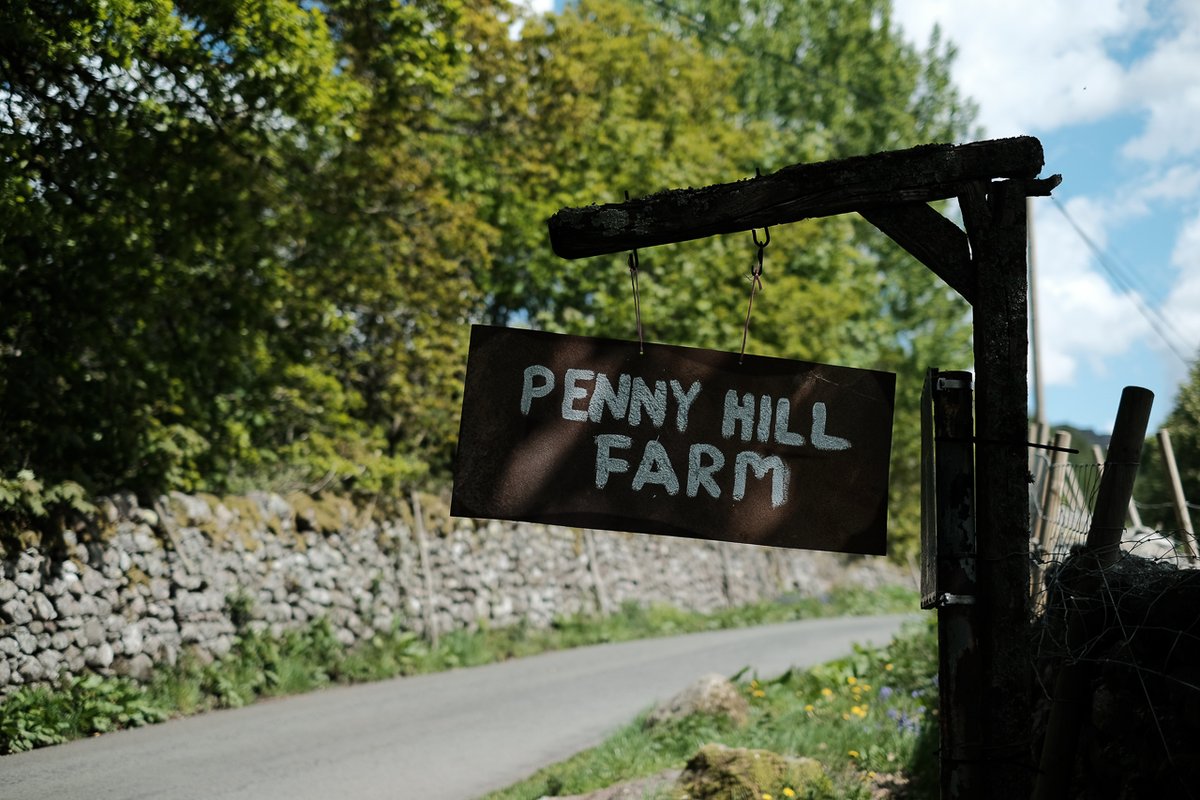 Always sure of a warm welcome at Penny Hill, I thought... 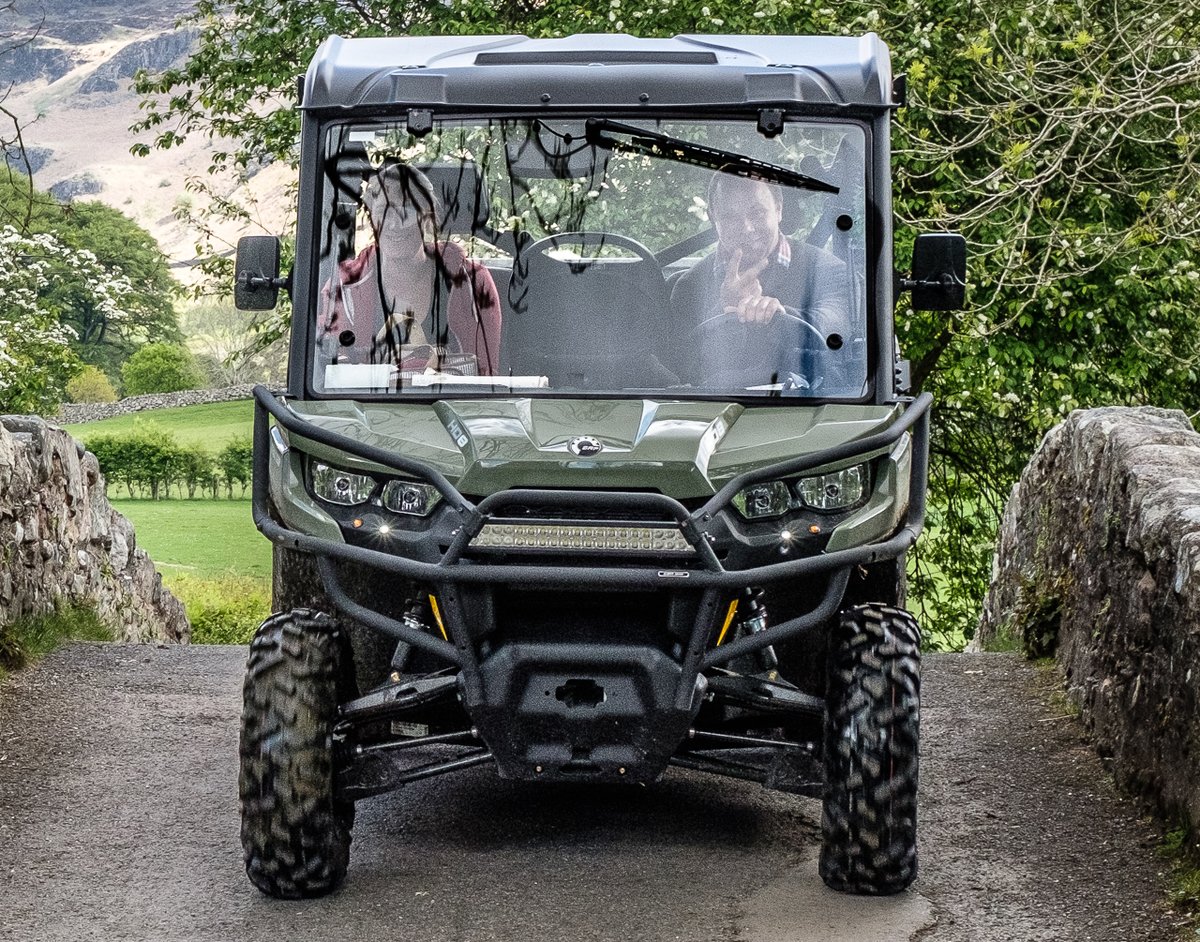 Still, I got the shot I had in mind anyway, of their pristine tups in their carriage heading up the lane to the show 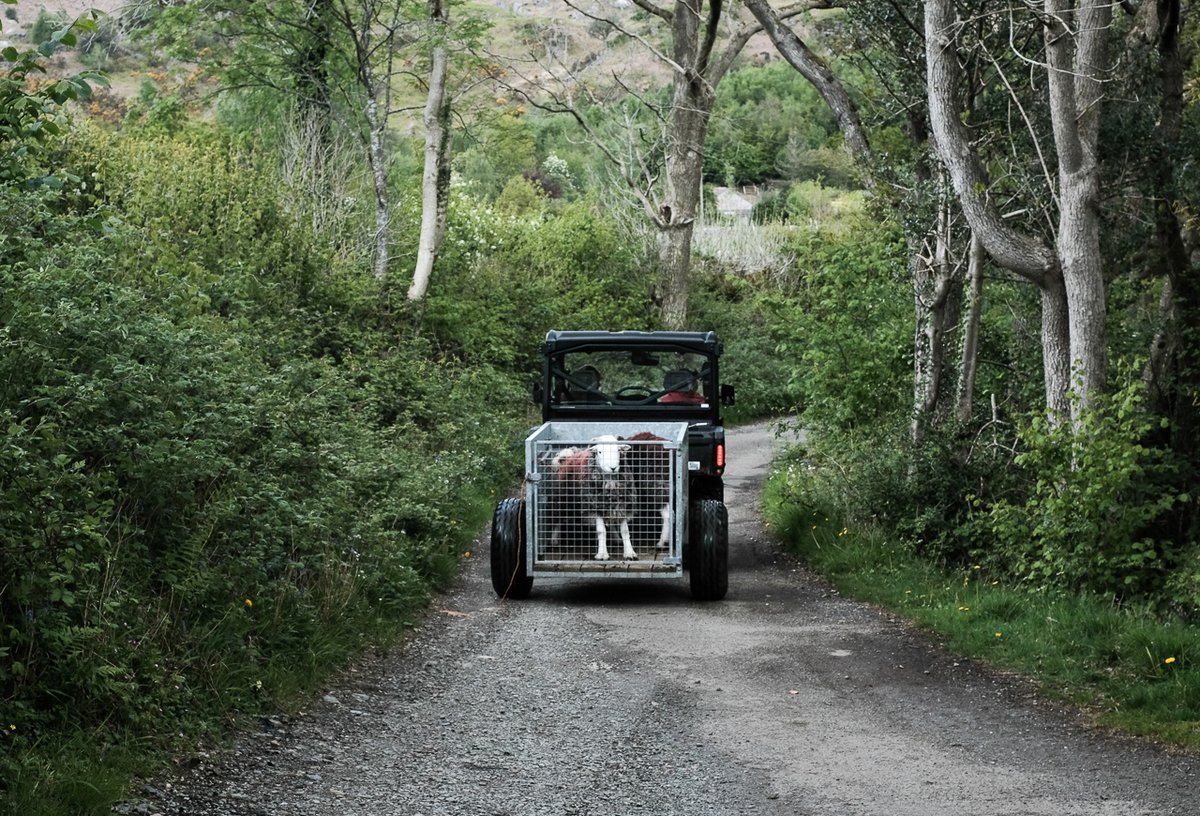 By the time I got there, Si was already helping out tying numbers on to the tup hoggs for the amateur judging competition. Anyone would think butter wouldn't melt 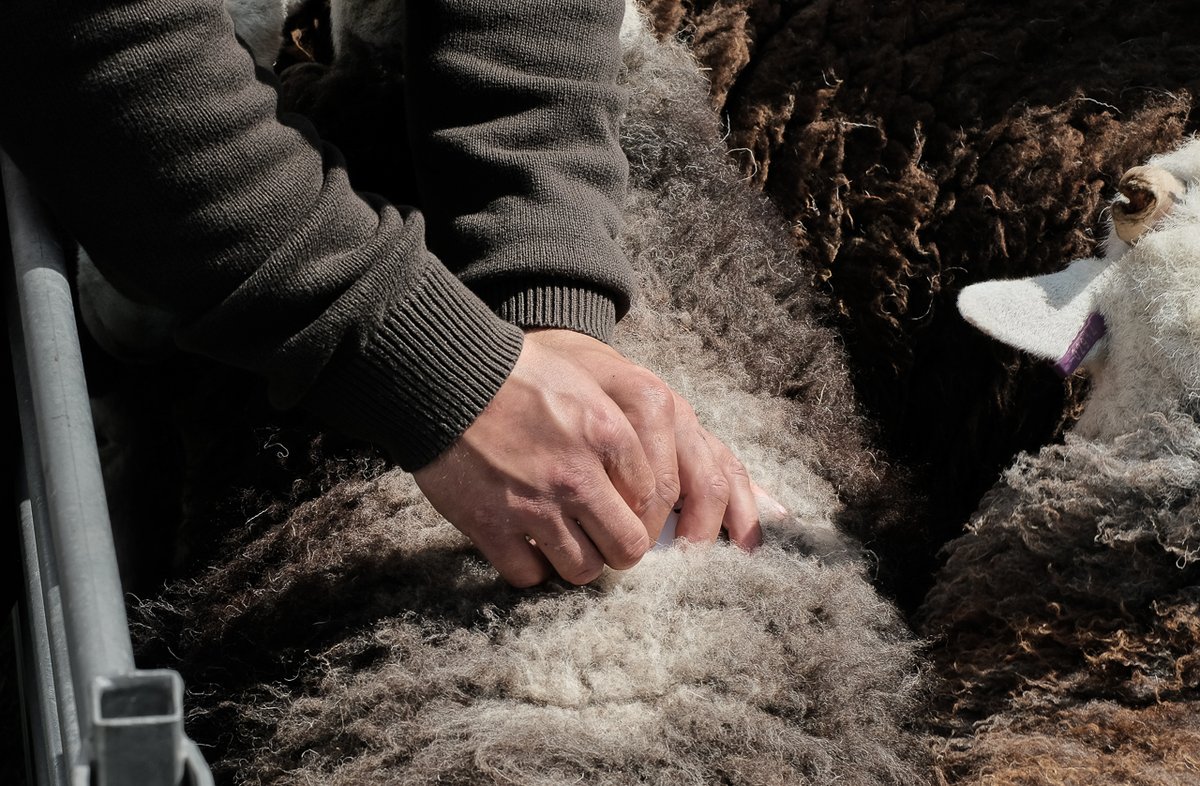 Ah, yes - the "amateur" judging. Never has a competition been so mis-named... 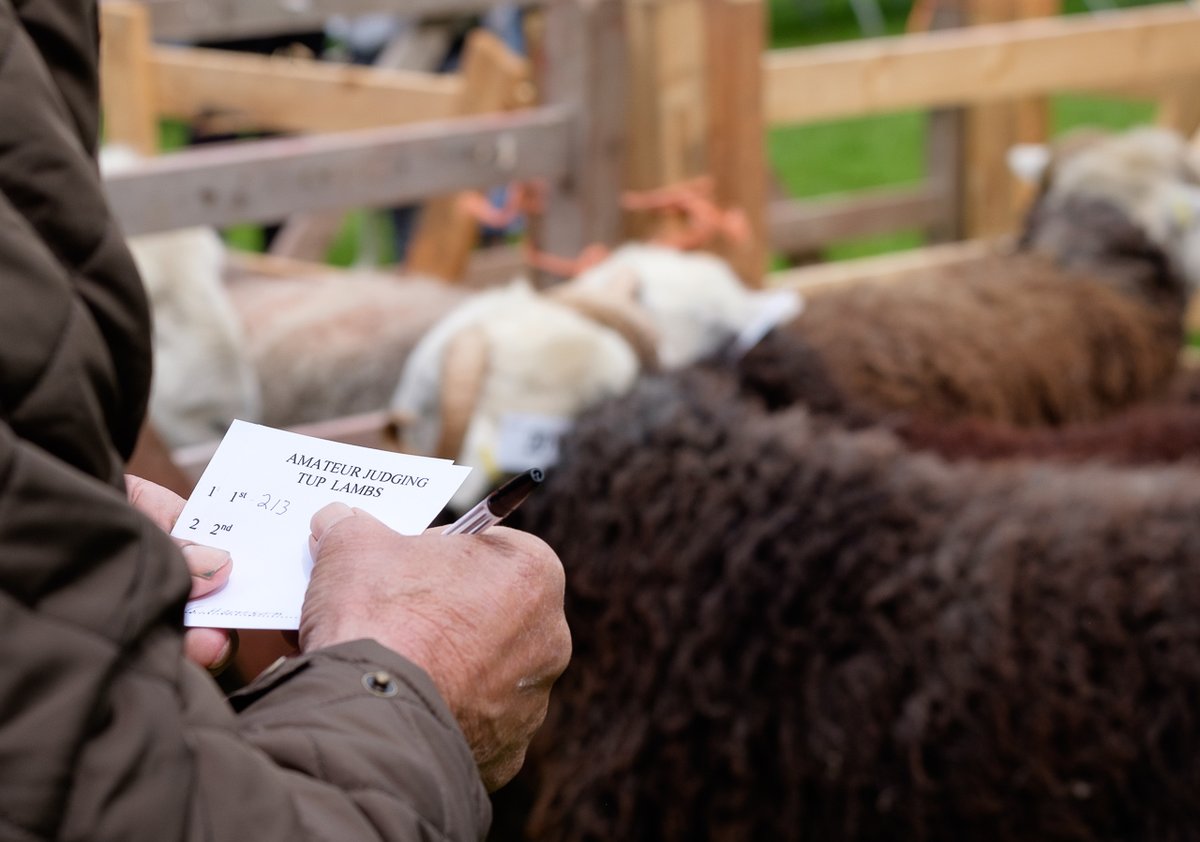 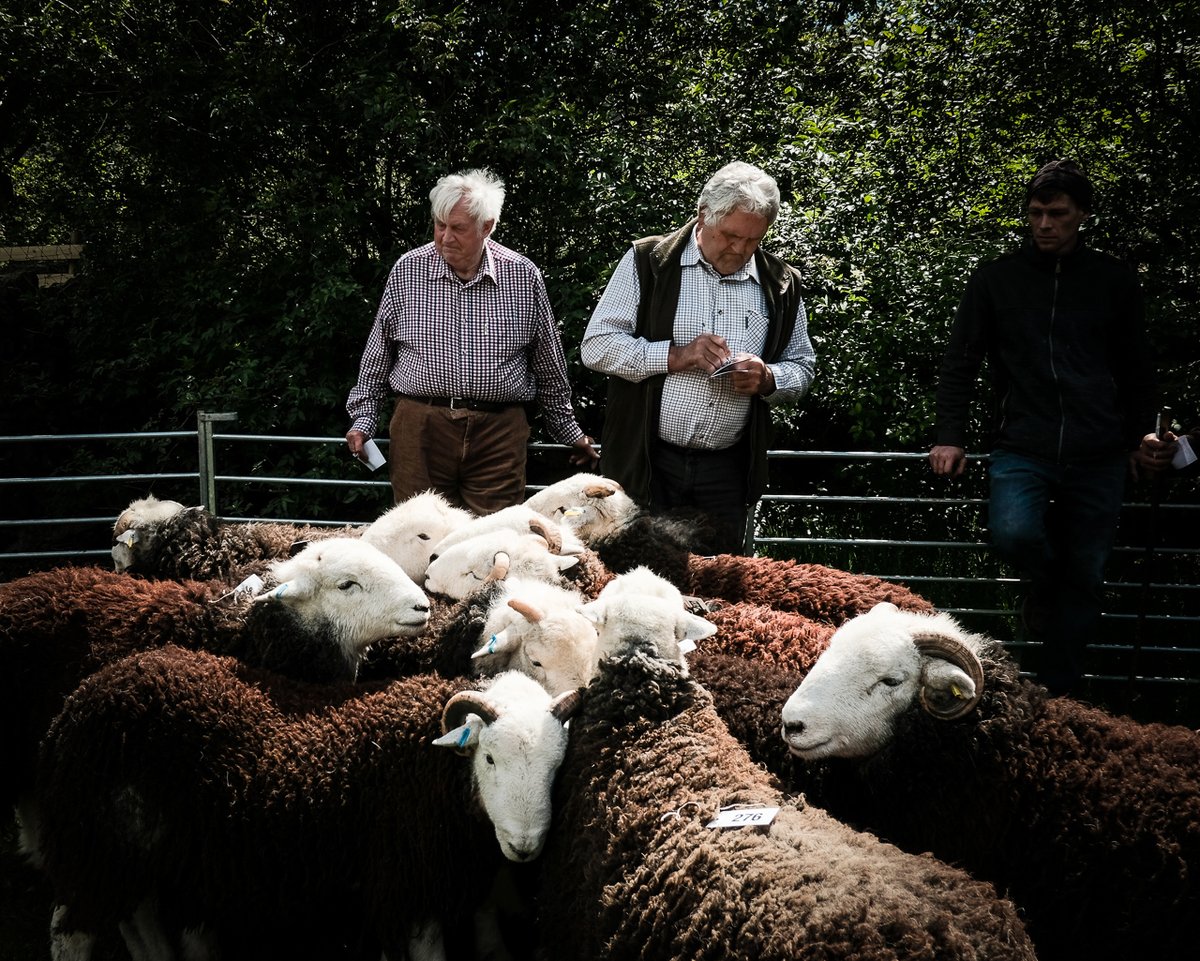 And the rest of the entrants - note Nikki in the middle, the eventual winner of the competition 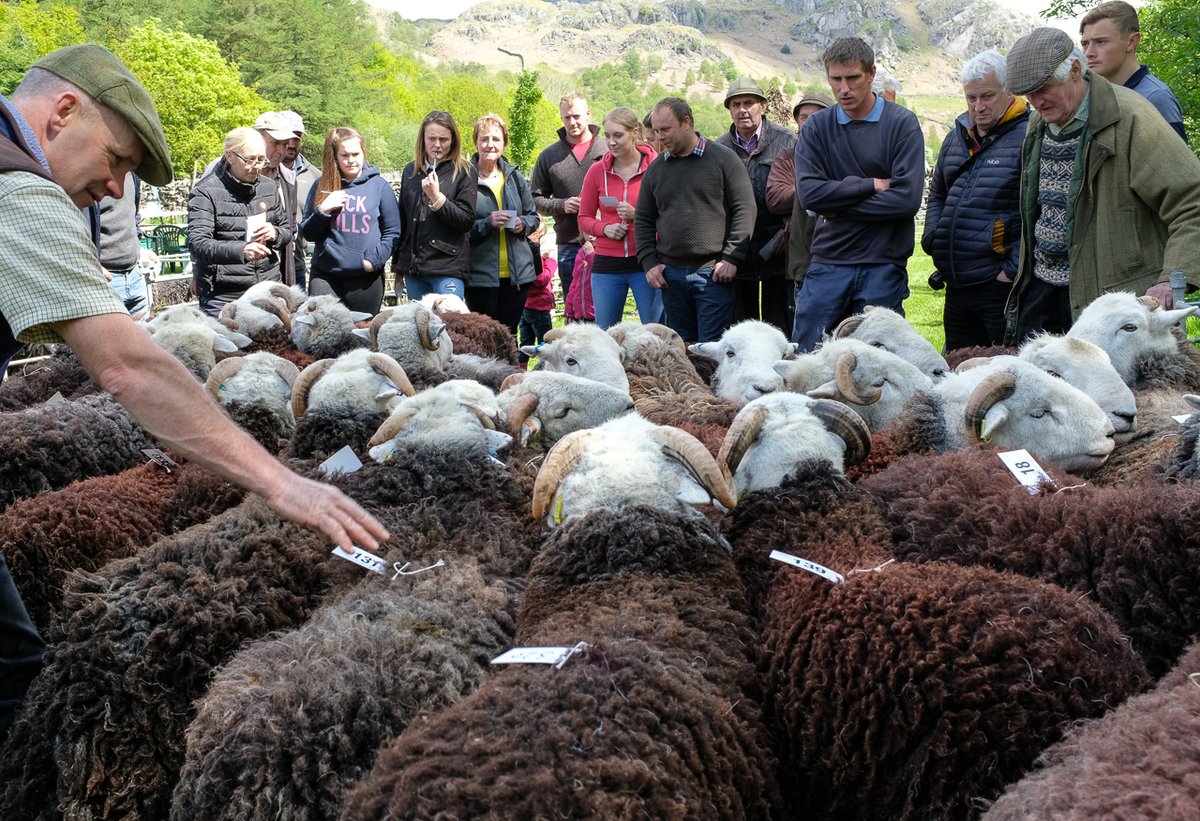 On, then, to the competition proper. Glenn Wilkinson judged last year, and if there's anybody knows one end of a Herdwick from t'other, it's Glenn. This was back in the pre- @herdwicktweed cap days, so he was still wearing Old Faithful at the time 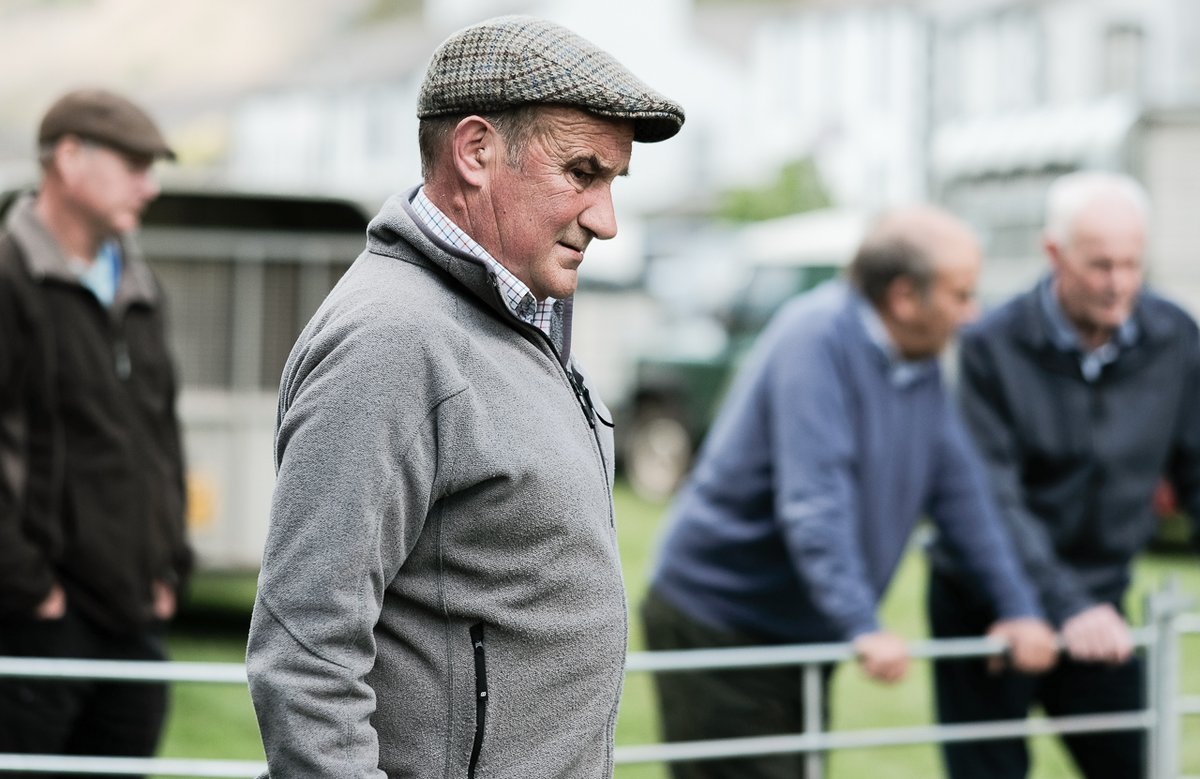 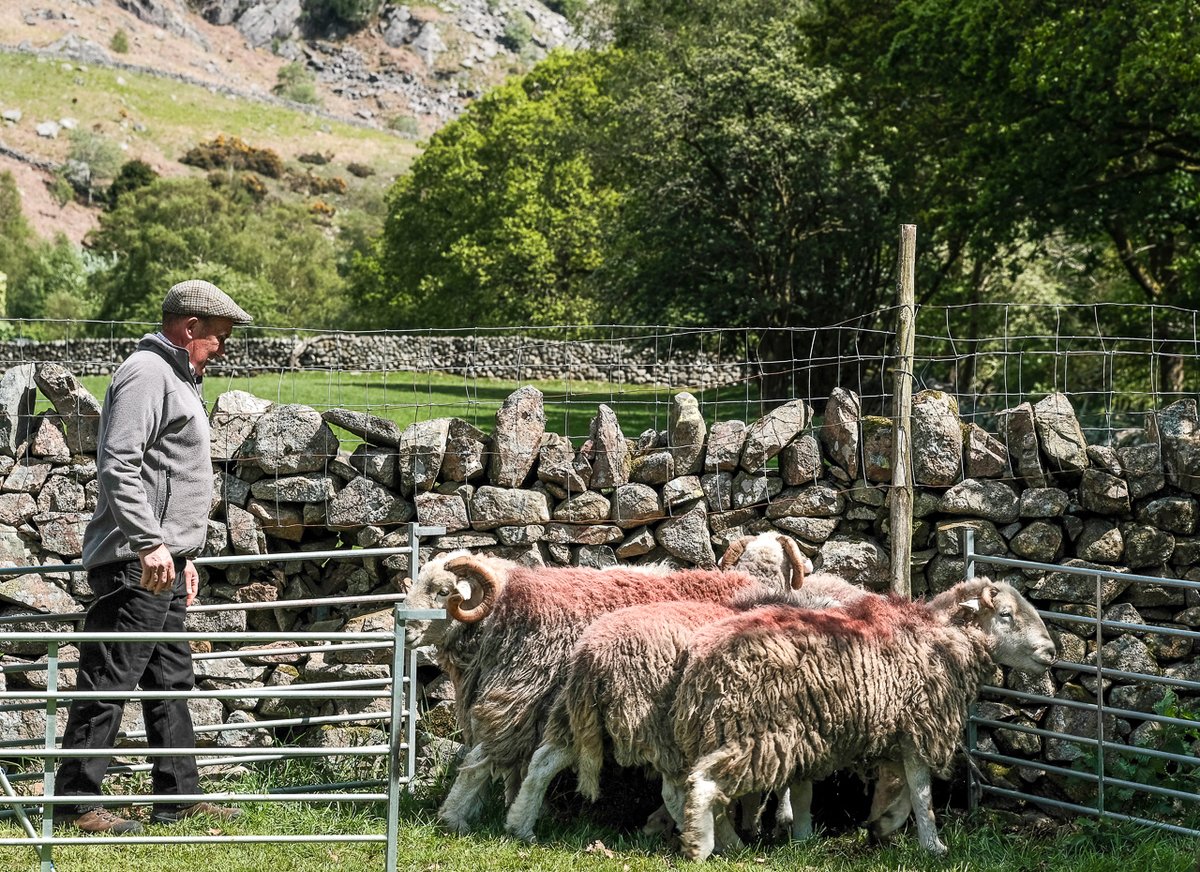 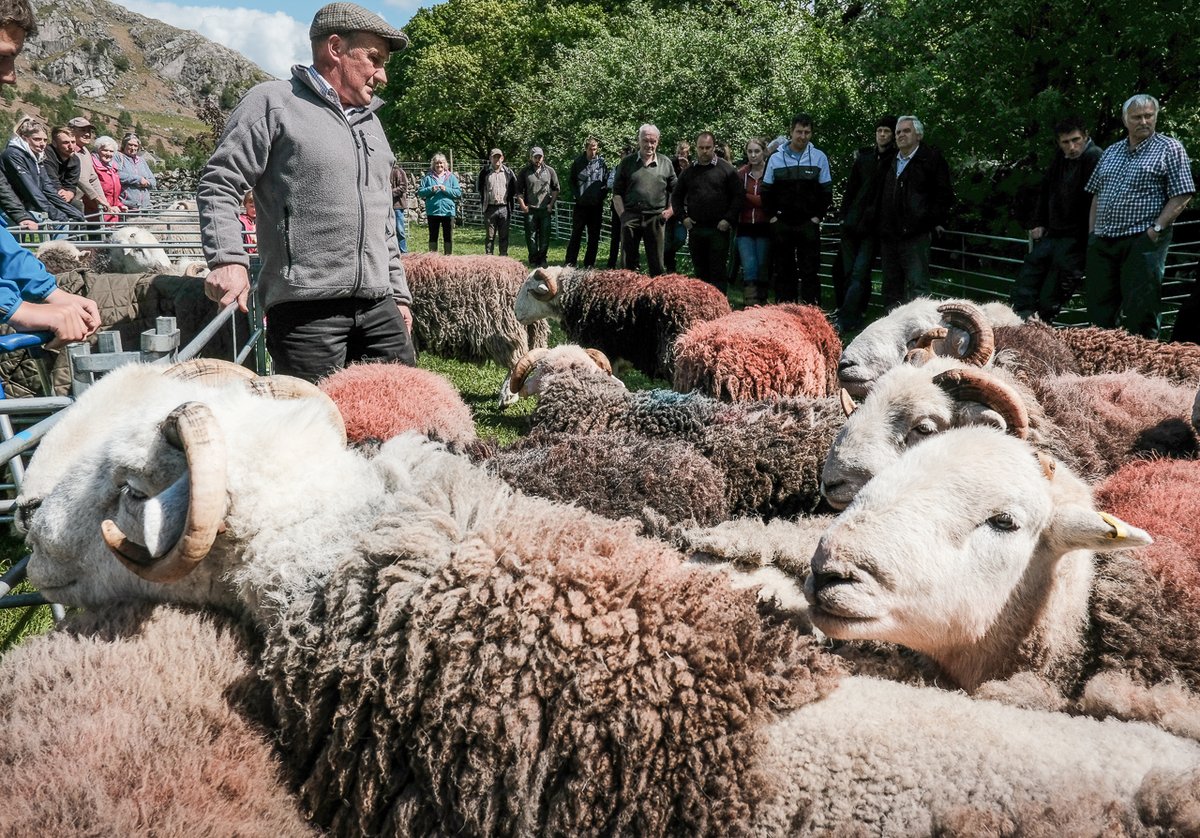 And so the afternoon drifted past, in the glorious weather (don't listen to anybody who tells you it ever rains at Eskdale tup show) and pleasant company, as Glenn worked his way through all the different classes 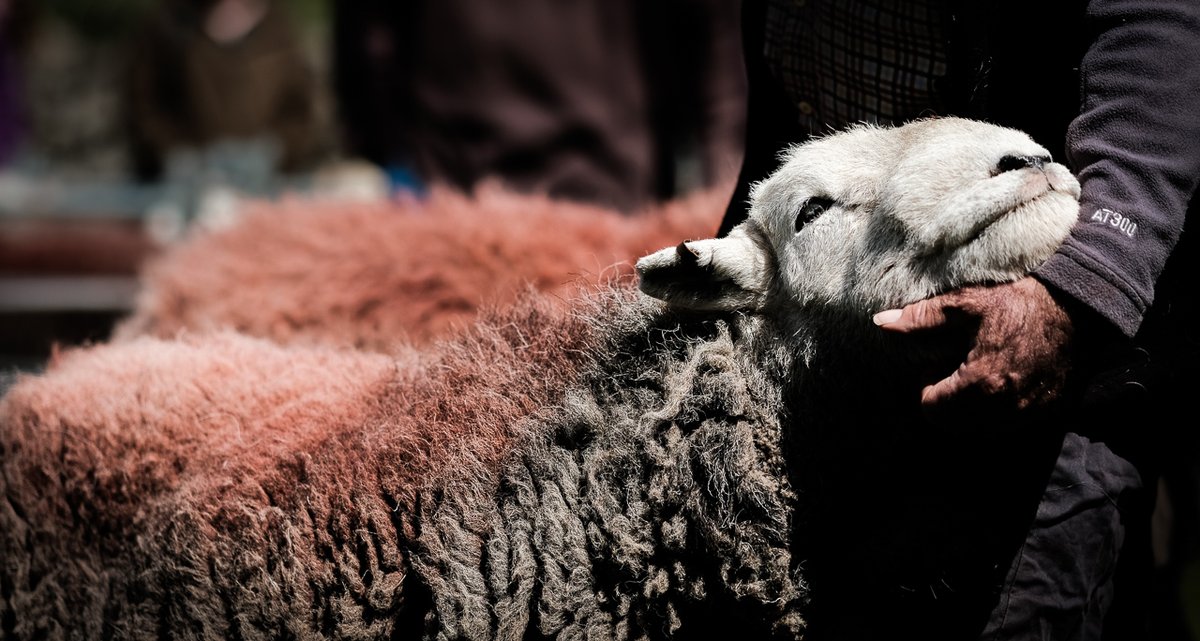 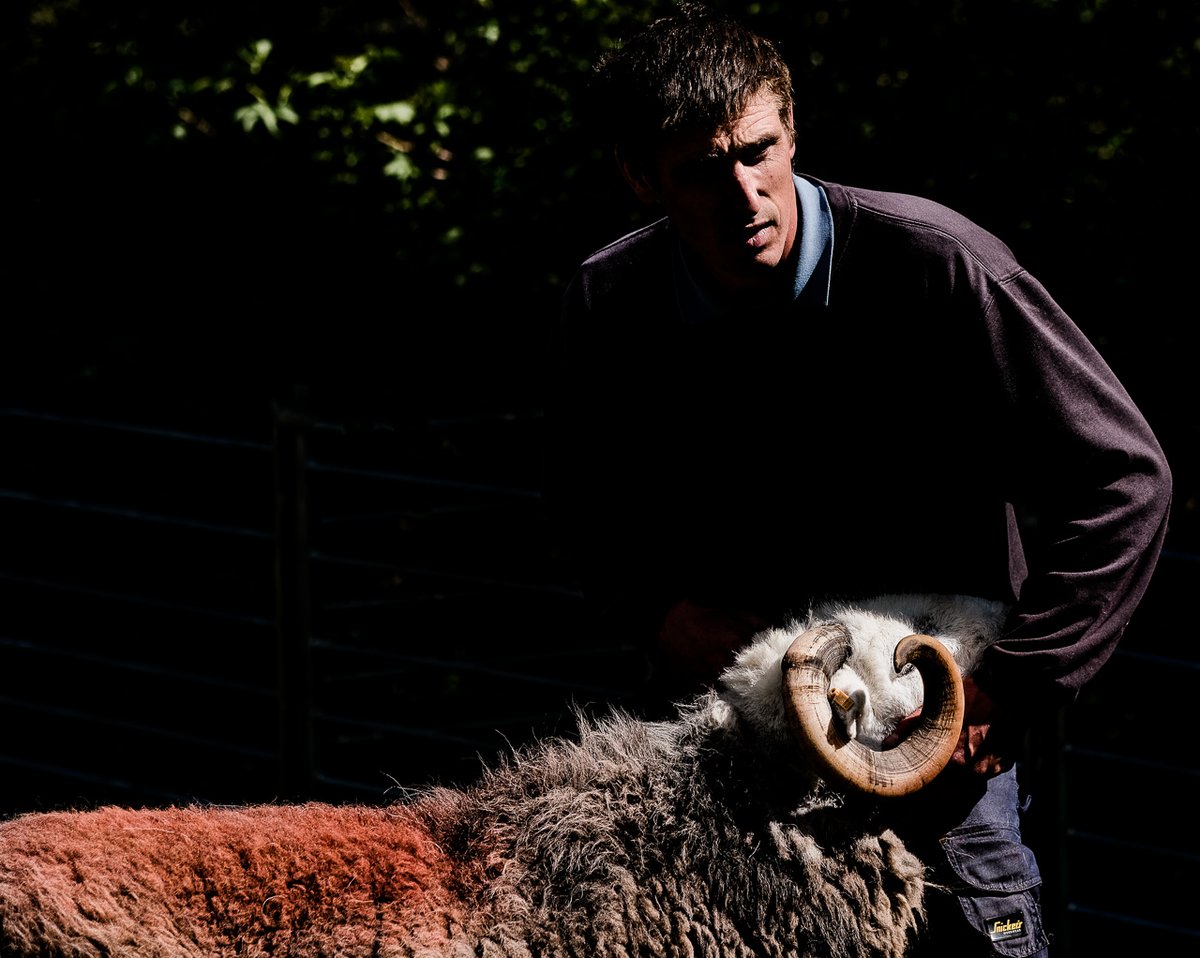 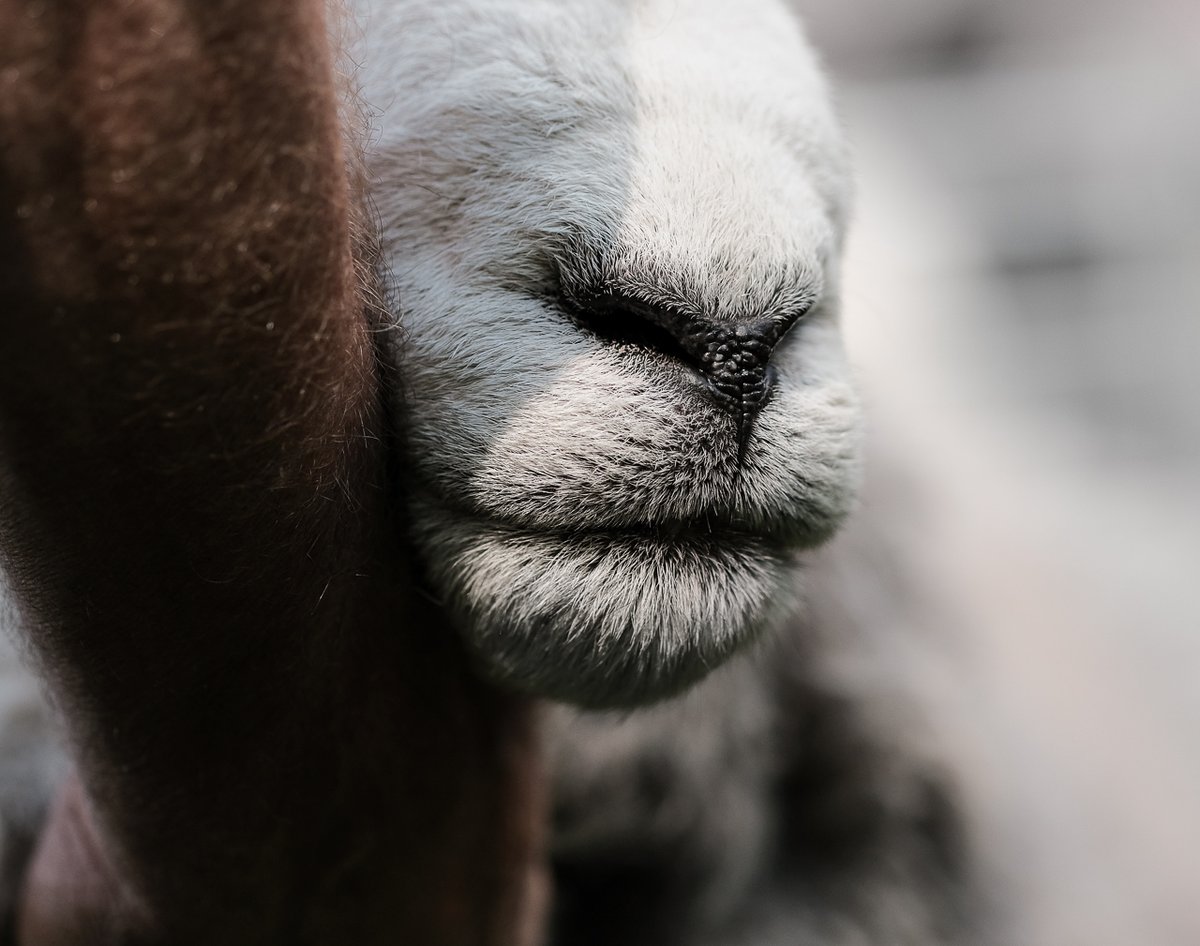 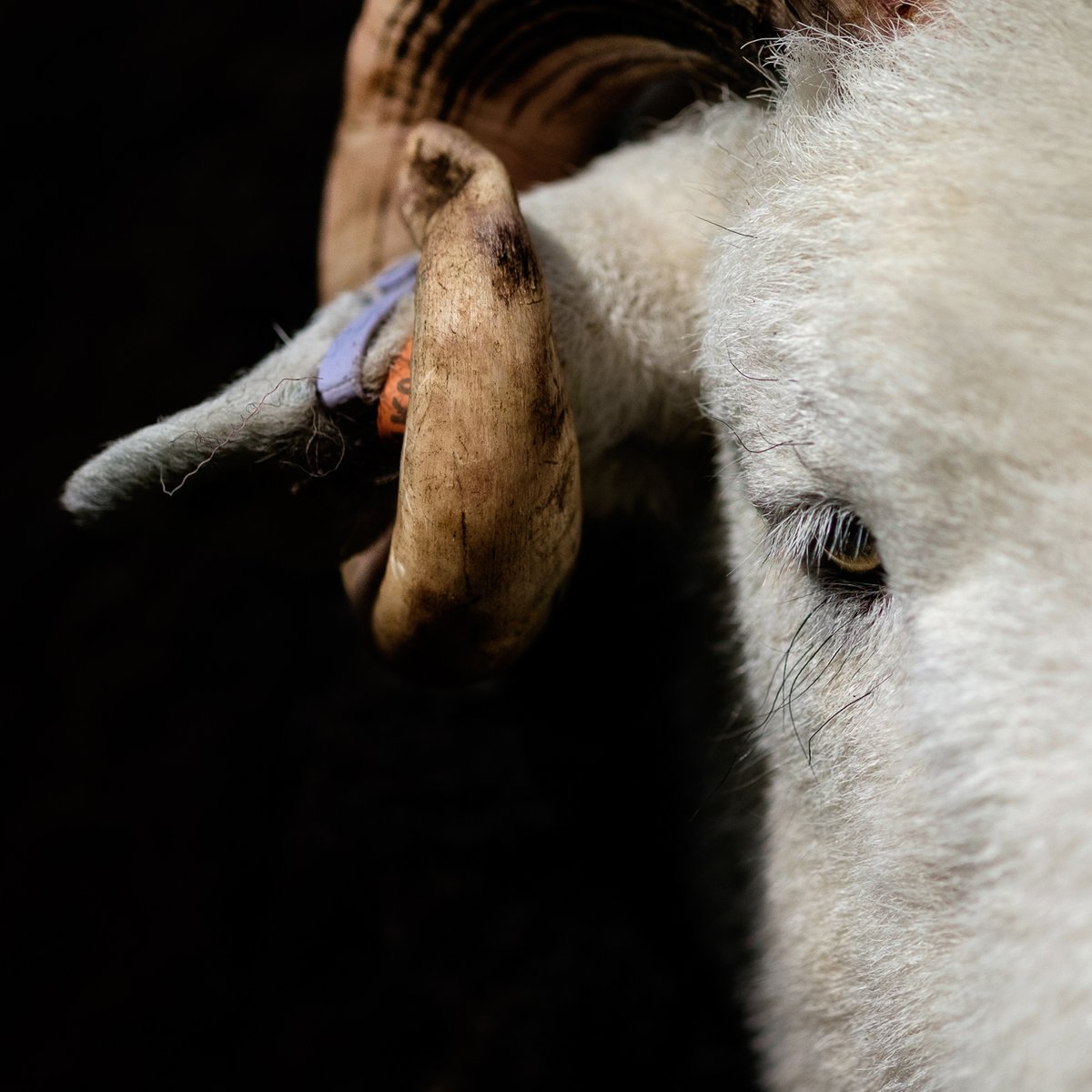 At the end of the day, who should be announced winner but this year's biggest telly star? How about that for a magnificent shaggy beast?
Eskdale tup fair overall champion 2019: Andrew Harrison #SheepOfTheDay 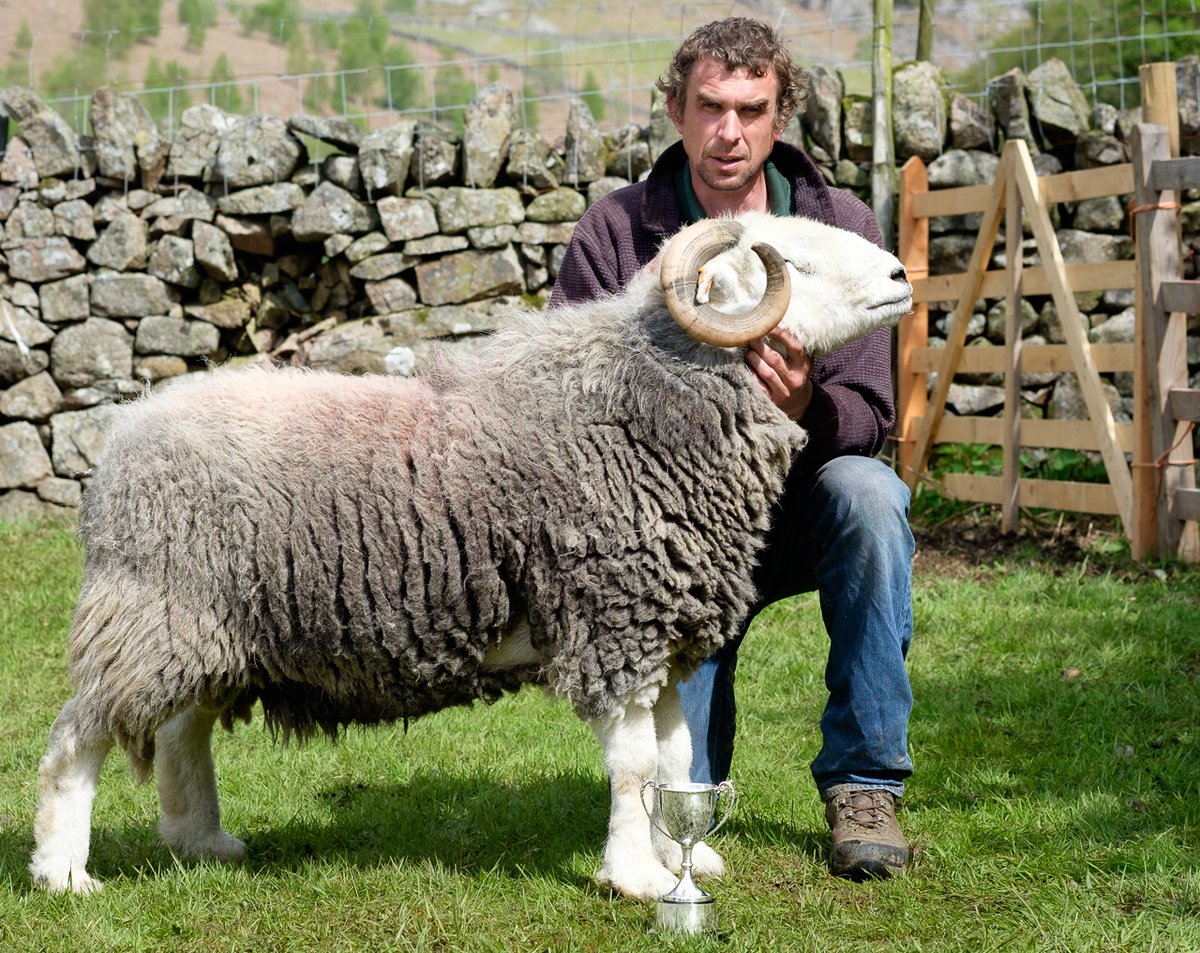 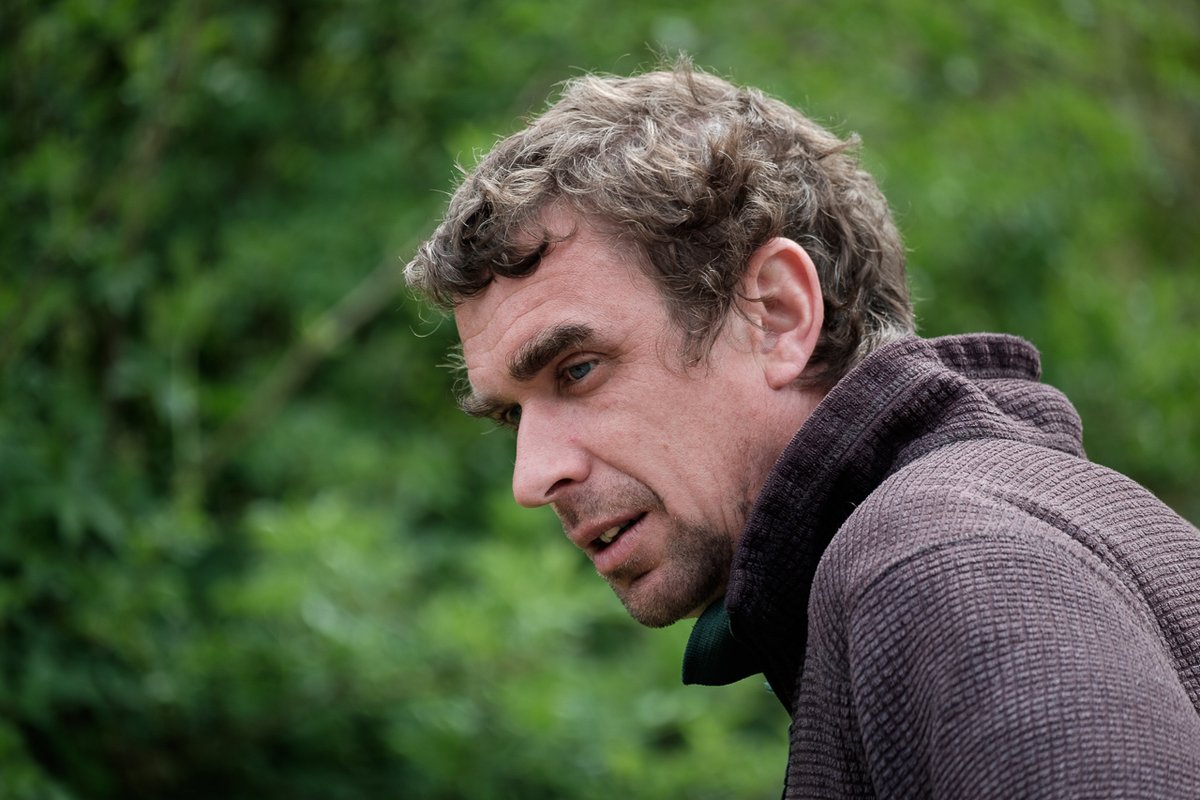 Right, that's Eskdale tup show over for another year, as it were. I'm off to watch this again while it's still on iPlayer https://www.bbc.co.uk/iplayer/episode/m000hb4r/the-great-mountain-sheep-gather
The Great Mountain Sheep Gather

An epic journey from summit to valley as a shepherd gathers his sheep off Scafell Pike.

https://www.bbc.co.uk/iplayer/episode/m000hb4r/the-great-mountain-sheep-gather
You can follow @billplumtree.
Tip: mention @twtextapp on a Twitter thread with the keyword “unroll” to get a link to it.