Read on Twitter
Michael Sussman told Congress that the DNC offered FBI physical access to its servers and FBI declined.

James Comey told Congress that the FBI asked for access and DNC declined.

Here is Comey telling Sen. Burr in January 2017 that the FBI made "multiple requests at different levels" which were declined.

https://www.c-span.org/video/?c4874493/user-clip-comey-dnc-declined-fbi-request-access-servers
Shawn Henry of CrowdStrike told Congress he was not aware of the DNC denying any request for access by the FBI related to the server hack.

The third person to contradict Comey is the DNC IT contractor, Yared Tamene.

Tamene told Congress under oath that the FBI never asked the DNC for full access.

https://www.theepochtimes.com/key-players-in-dnc-hack-response-contradict-comeys-claims-about-access-to-servers_3343713.html
The fourth person to contradict James Comey's claim about access to DNC servers is Andrew Brown, the technology director at the DNC.

Brown told Congress that the DNC "fully cooperated with everything the FBI requested of us." 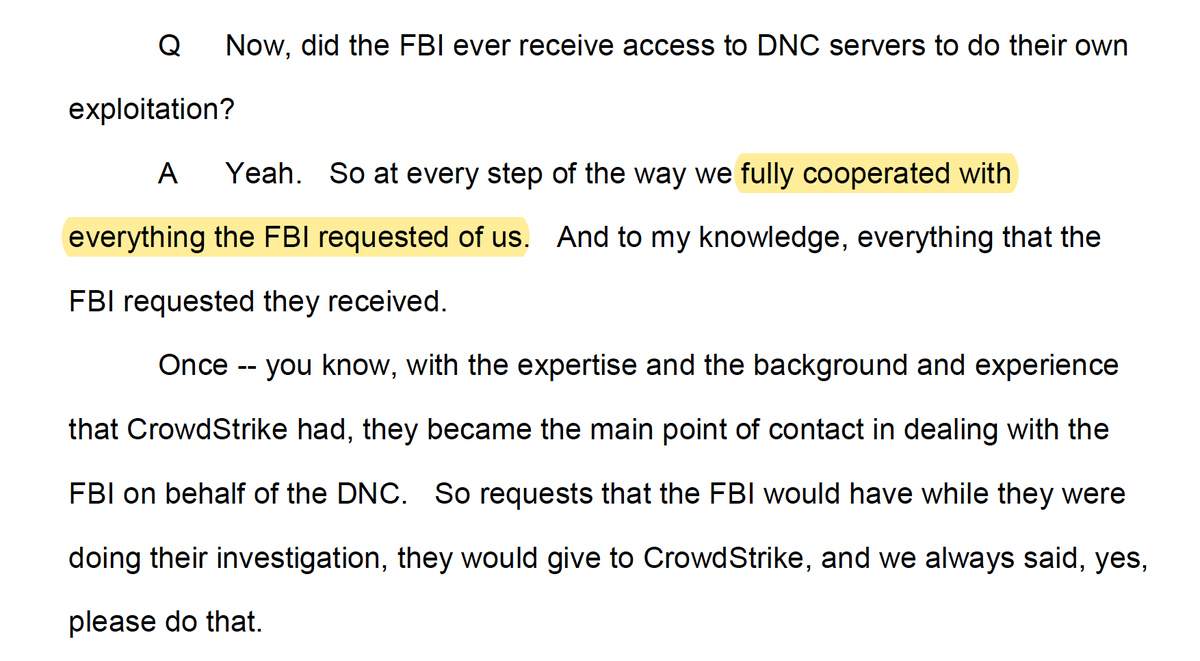 Jeh Johnson of DHS also claims he tried on several occasions to get access to the DNC premises to investigate the hack, only to be denied. 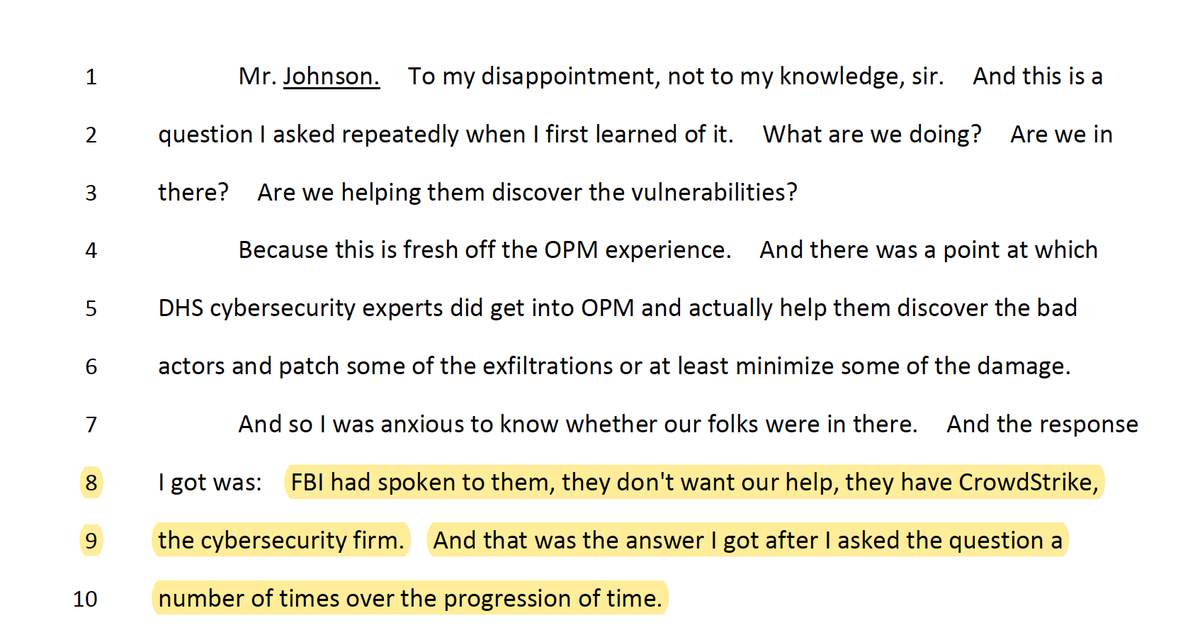 You can follow @IvanPentchoukov.
Tip: mention @twtextapp on a Twitter thread with the keyword “unroll” to get a link to it.