Read on Twitter
Over the last two days I have had a somewhat scary view outside my echo chamber. I watched two presentations one on MRI for PTs and one on the SI joint. Let me say these presentations were “popular” I couldn’t sign into zoom it had reached 1000 viewers, luckily it was on FB live
Over 4000 people watched live.
The content was non-evidence based authority, guru driven and somewhat disappointing. BUT it was lapped up by the audience whose comments were in the majority positive.
It confirmed once again that popular isn’t often evidence based.. 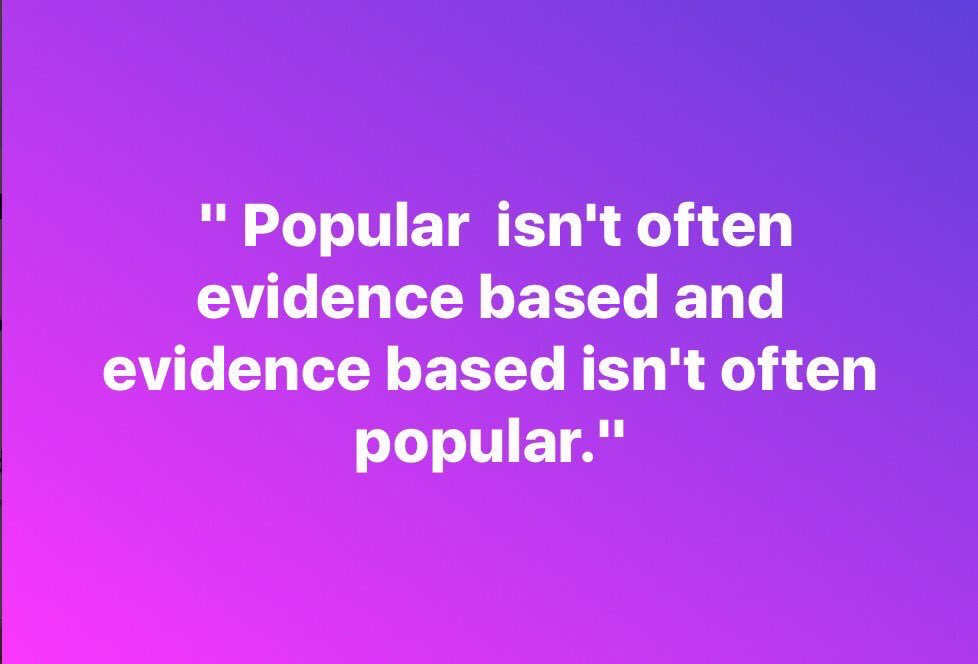 And evidence based often isn’t popular.
I commented during this mornings presentation that it appeared to lack any supporting evidence for all the claims being made.
Someone answered, we don’t need evidence it works clinically.
Guru and devotees are still running wild... 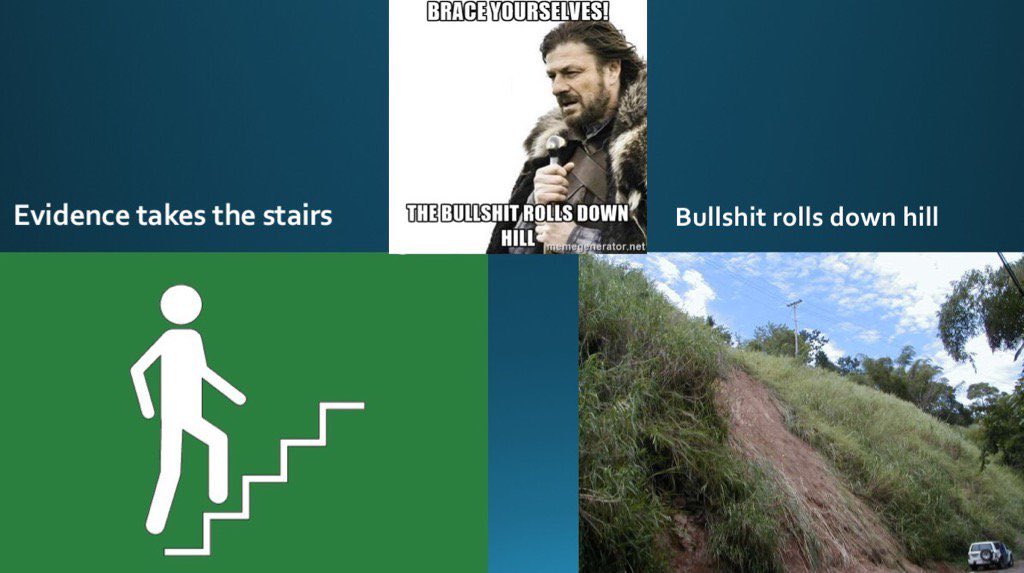 Sound clinical reasoning and reflective thought seem to be in short supply in some parts of our golbal profession.
As we argue the toss on twitter with like minded evidence based clinicians, basking happily in our echo chamber there is a vast world of believers practicing popular 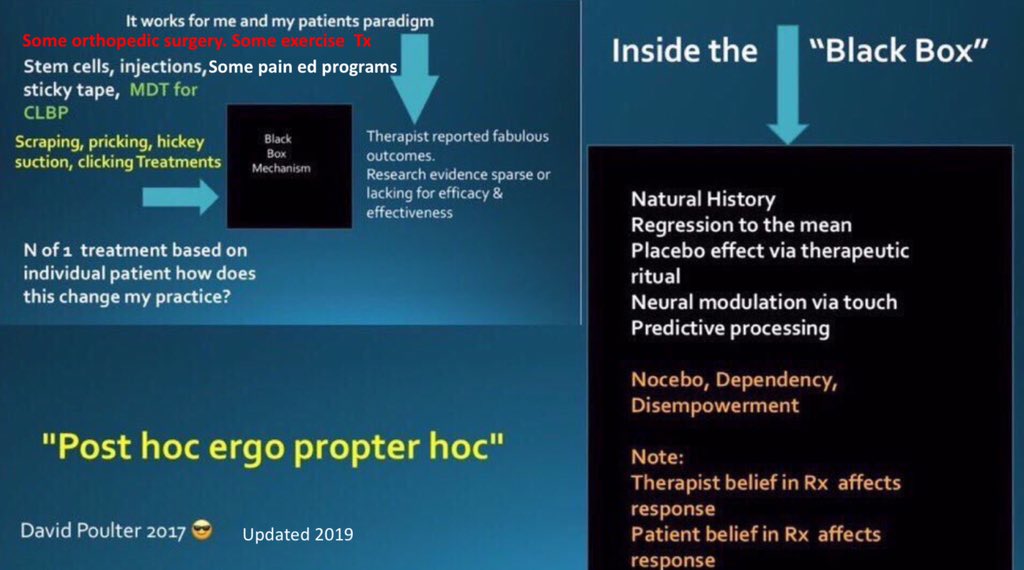 Rather than evidence.
Remember belief is a strong contextual driver of outcome.
I think we need to get put of our echo chambers more and smell what is cooking in the real world.
If the COVID-19 crisis has taught me one important lesson, believes are dangerous, science matters 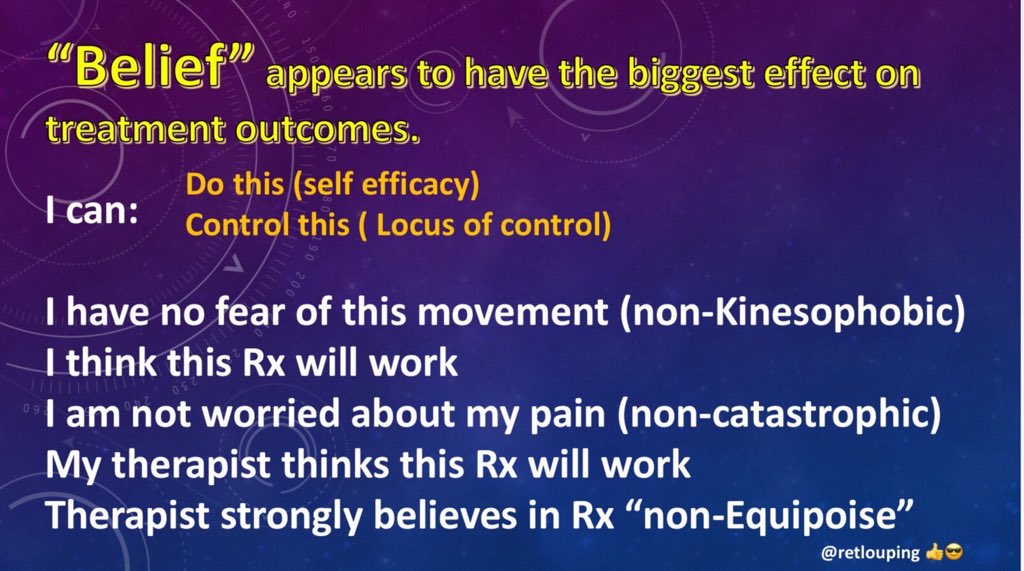 In the end our non evidence based beliefs can be literally deadly.
If you don’t “believe” this I refer you to exhibit one Dr Kruger Dunning Donny President pf the United States. 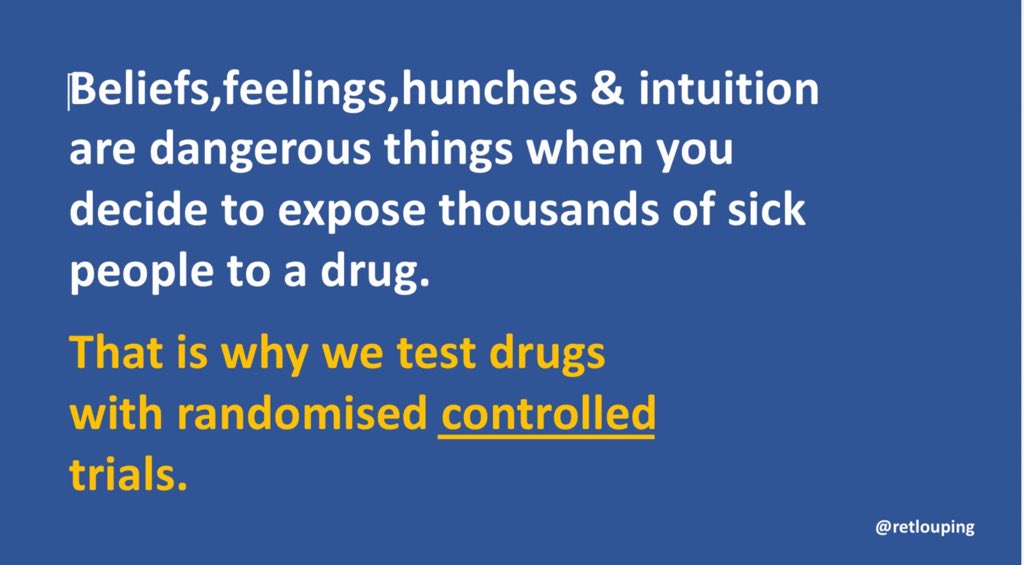