Read on Twitter
Are you really bothered about Kerala being credited for the work it has done?

So in the past 87 days, what has Kerala done?   Kerala had the 3rd largest no.of international airlines travellers in January itself, just by numbers and not by the % of the population.   Kerala is the 3rd among Indian states in Population density. 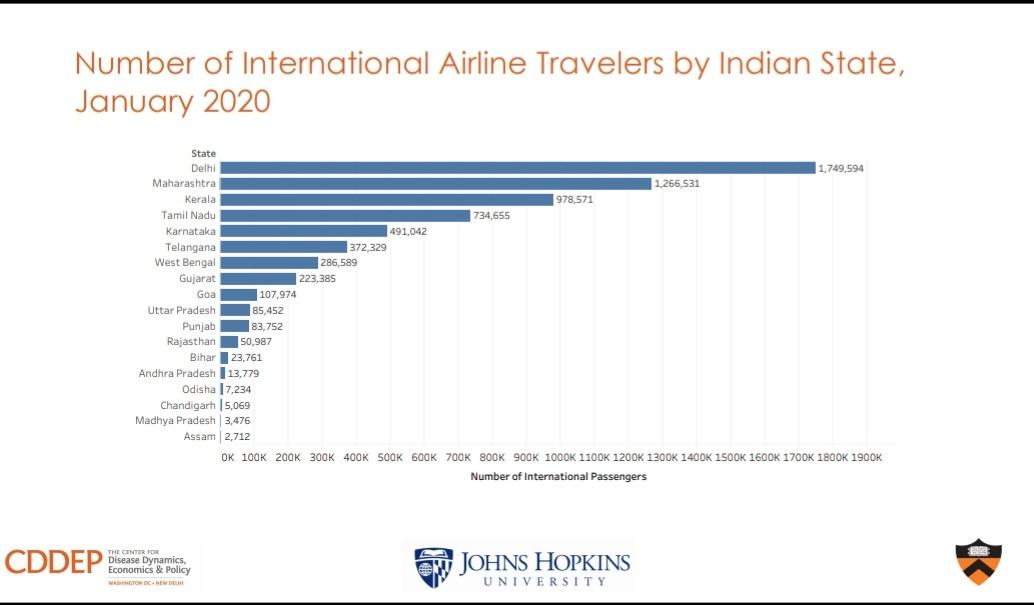 Kerala was always in the top 10 states in no.of tests being done per million population.
With just 2.04% +ve. 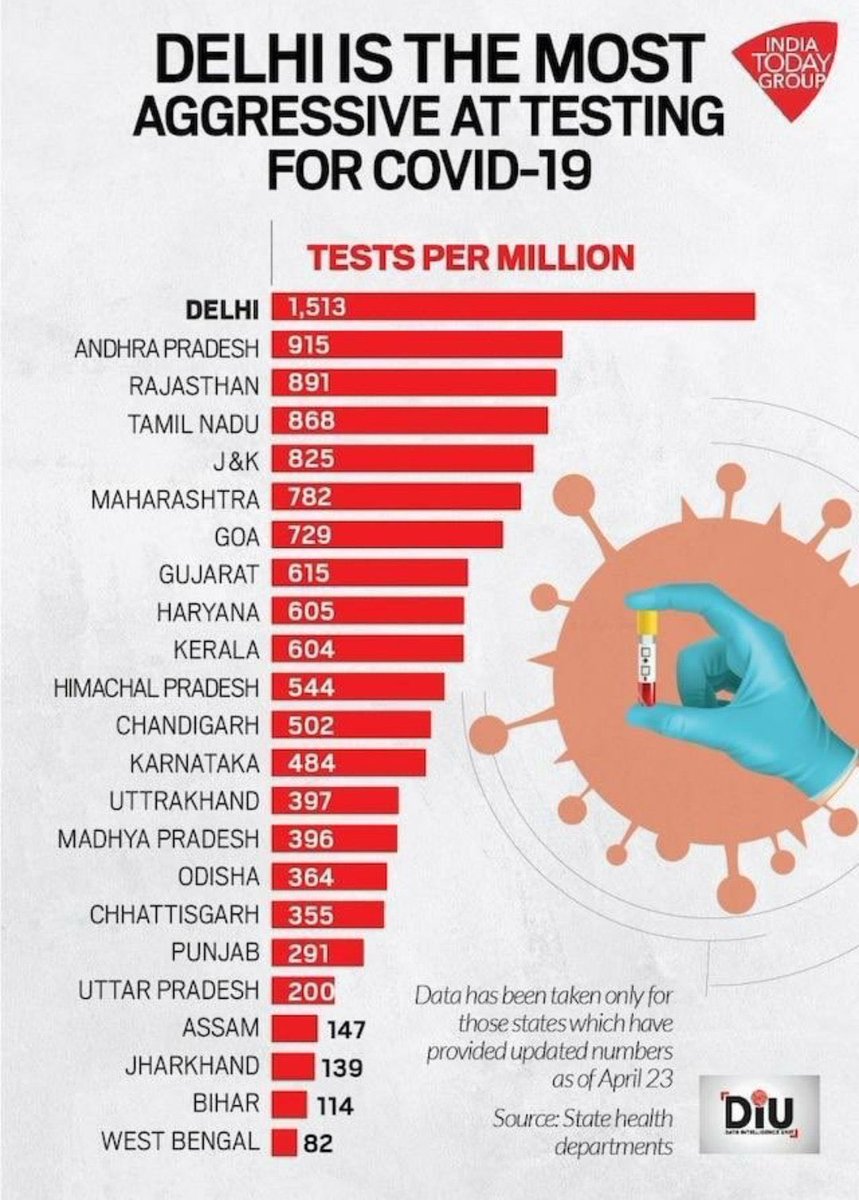 Apart from this, in helping the rest of the population during lockdown time. Kerala was the first state to declare a relief package of 20,000 crores. https://www.livemint.com/news/india/kerala-govt-announces-20-000-cr-economic-package-11584645097047.html
Kerala govt announces ₹20,000 cr economic package 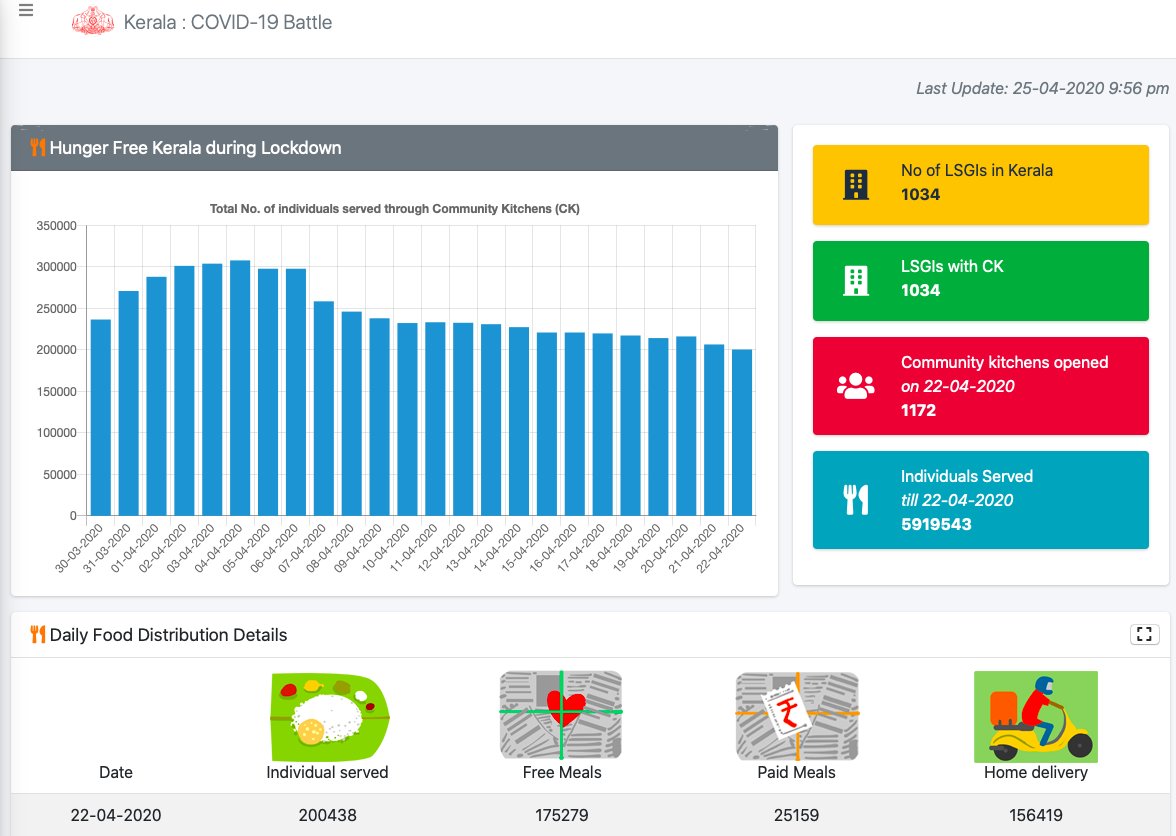 In the central govt’s report to Supreme court, it said, out of the 22,567 relief camps in India 15,541 are run by govt of Kerala. ie 68.8%  Out of the 631119 people in the relief camps, 302,016, ie 47.9% are with Kerala Govt. https://www.bloombergquint.com/coronavirus-outbreak/coronavirus-lockdown-kerala-has-69-of-indias-government-run-relief-camps-for-migrant-workers
Coronavirus Lockdown: Kerala Has 69% Of India’s Government-Run Relief Camps For Migrant Workers

https://www.bloombergquint.com/coronavirus-outbreak/coronavirus-lockdown-kerala-has-69-of-indias-government-run-relief-camps-for-migrant-workers
Kerala is also delivering Free ration and Kits to all APL and BPL families.  https://twitter.com/pilimat/status/1251092685579972609?s=20

A social volunteer force with a strength of 297519 has been set-up to assist the people.

The Indian Council of Medical Research (ICMR) recently gave a nod to Kerala to conduct clinical trials of plasma treatment. However, the state may not need

https://www.businessinsider.in/india/news/kerala-the-first-indian-state-ready-to-try-covid-19-plasma-therapy-has-no-critically-ill-patients-for-trials/articleshow/75215289.cms
Kerala also began making masks in Jail tailoring units to
ensure that there is no shortage of masks https://www.news18.com/news/buzz/kerala-gets-prisoners-in-jails-to-make-face-masks-to-solve-shortage-among-coronavirus-crisis-2537169.html
Kerala Gets Prisoners in Jails to Make Face Masks to Solve Shortage among Coronavirus Crisis

Kerala CM Pinarayi Vijayan earned praise on Twitter for the novel solution to solve the mask and sanitiser shortage in the state, even as cases of confirmed coronavirus cross 90 in India.

KSDP took up the production of hand sanitizers as requested by the state government.

https://www.indiatoday.in/india/story/1-lakh-bottles-of-hand-sanitizers-in-a-day-kerala-goes-all-guns-blazing-against-covid-19-1658104-2020-03-21
Kerala was declared complete lockdown before the national wide lockdown and the state was implelemting lockdown in a phased manner.

Hailing the government's humane response to the outbreak of the virus, social media took to Liz's post to praise the efforts of the teacher and authorities.

https://www.news18.com/news/buzz/kerala-teacher-delivering-mid-day-meal-to-childs-home-amid-covid-19-scare-melts-hearts-2536049.html
The Kerala government also launched its app GOK-Direct to disseminate information and updates on the outbreak and sends SMS alerts to phones that don’t have internet. https://english.mathrubhumi.com/technology/tech-news/kerala-govt-launches-mobile-app-for-details-of-covid-19-1.4608234
Kerala govt launches mobile app for details of COVID-19

Thiruvananthapuram: The Kerala government has launched a new mobile app on coronavirus ..

https://english.mathrubhumi.com/technology/tech-news/kerala-govt-launches-mobile-app-for-details-of-covid-19-1.4608234
Making sure that there is enough internet speed so that people can work comfortably from home. https://twitter.com/vijayanpinarayi/status/1238044289487142912?s=20

Migrant workers protested in Kottayam on 29 March demanding to be sent back home. The state changed its strategy in dealing with them and has since seen no such protests.

https://theprint.in/india/rotis-mobile-recharges-carrom-boards-how-kerala-fixed-its-migrant-worker-anger/403937/
and even coining the term guest workers https://www.theweek.in/news/india/2020/04/20/kerala-sets-an-example-for-rest-of-india-with-its-exceptional-treatment-of-guest-workers.html
Kerala sets an example for rest of India with its exceptional treatment of 'guest workers'

Migrant workers in camps get breakfast, lunch, snacks in the evening and dinner

https://www.theweek.in/news/india/2020/04/20/kerala-sets-an-example-for-rest-of-india-with-its-exceptional-treatment-of-guest-workers.html
Even helping and making sure that, patients in the nearby states are cared for. https://www.indiatoday.in/india/story/coronavirus-lockdown-kerala-government-sets-up-cancer-treatment-centre-tamil-nadu-1670867-2020-04-25
Coronavirus lockdown: Kerala govt sets up cancer treatment centre in Tamil Nadu

https://www.indiatoday.in/india/story/coronavirus-lockdown-kerala-government-sets-up-cancer-treatment-centre-tamil-nadu-1670867-2020-04-25
Kerala has been a true model for many states to learn.

Its humanitarian measures are worth mentioning.

I dedicate this to all the people who think that Kerala is being praised by foreign media due to their ignorance.
I think have missed out many points will keep on adding once I get them
> Daily Press Conference by the CM.

Since March 16, the Kerala CM has been offering detailed updates to the public on fresh cases in the state and the measures taken by his government to ‘flatten the curve’. https://www.thenewsminute.com/article/pinarayi-vijayan-s-6-pm-press-meets-have-become-staple-kerala-viewers-122158
Pinarayi Vijayan’s 6 pm press meets have become a staple for Kerala viewers

For the last few years, serials like Vanambadi and Seethakalyanam have become appointment viewing in almost every household in Kerala. While general entertainment has always had better ratings than...

After delivering essential commodities and cooked food to people at their doorstep, during the lockdown, Kerala is now feeding stray animals and the monkeys at a couple of temples in the state.

https://www.deccanherald.com/national/south/covid-19-lockdown-kerala-now-feeding-stray-animals-and-temple-monkeys-819921.html
You can follow @sanjayanindia.
Tip: mention @twtextapp on a Twitter thread with the keyword “unroll” to get a link to it.