Read on Twitter
1/14 In a small town near London, the pastor of the fundamentalist Church of God in Aylmer said this week he would go ahead with plans to host drive-in services Sunday despite the threat of police charges for violating physical distancing required by the #COVID19 pandemic.
2/14 The potential clash between police and Pastor Henry Hildebrandt drew media, including from @CBCNews @CTVNews and @LFPress -- the pastor telling the latter he was “uncomfortable with the media attention … As you know I’m a preacher, I would like to preach.”
3/14 But when it comes to courting media and calling for freedom of religion, this is not Hildebrandt's 1st dance.
He tangoed before over this very issue of faith versus health. A similar collision occurred from 2001 to 2005, and I was the one who pieced together the tale.
4/14 On July 4, 2001, police and social workers confronted dozens of people from the fundamentalist Church of God in Aylmer before dragging out seven children from a home where a toddler had been scalded but not taken for medical care. The confrontation was national news
5/14 Weeks later, women and kids from the church fled to Indiana.
About that same time, I obtained a guide used by the church that instructed parents to beat infants as young as six months.
Media coined the resulting legal confrontation as the “spanking case.”
6/14 In August, a court allows the kids to return home pending a hearing, ordering that in the meantime, parents would spare the rod and seek appropriate medical attention. The parents admitted they previously struck their kids with belts, an electrical cord and a fly swatter.
7/14 On Dec. 4 of that year, Pastor Hildebrandt announced the church would not encourage the Aylmer family to comply with the court order; three days later, the family announces it would defy the court order. A trial judge would later describe him as an instigator.
8/14 Two weeks later, Hildebrandt accused the Children's Aid Society of St. Thomas and Elgin of infringing on the family's religious freedoms, saying, "I'd be glad to go to jail for the children."
9/14 In March of 2002, I reported that the spiritual leader of the church in California preached to his followers to not seek medical aid. Children had died, perhaps needlessly, without medical treatment at sister churches in California, Manitoba and Mexico.
10/14 In a home east of Los Angeles, little Julia Grace Wiebe, a week-and-a-half short of her first birthday, became gravely ill and died when her parents chose to pray and not seek medical care – she died the exact day authorities in Aylmer seized seven children there.
11/14 A California coroner ruled Julia Grace died of meningitis and medical neglect.
"This was an easily preventable death," Claudia Spencer, chief of community health, told me then. "This would have easily responded to with almost any antibiotic."
12/14 In June, 2002, the Aylmer family would have their weeks in court before a family judge in nearby St. Thomas, a trial that drew camera crews and reporters from across Canada as well as international media. 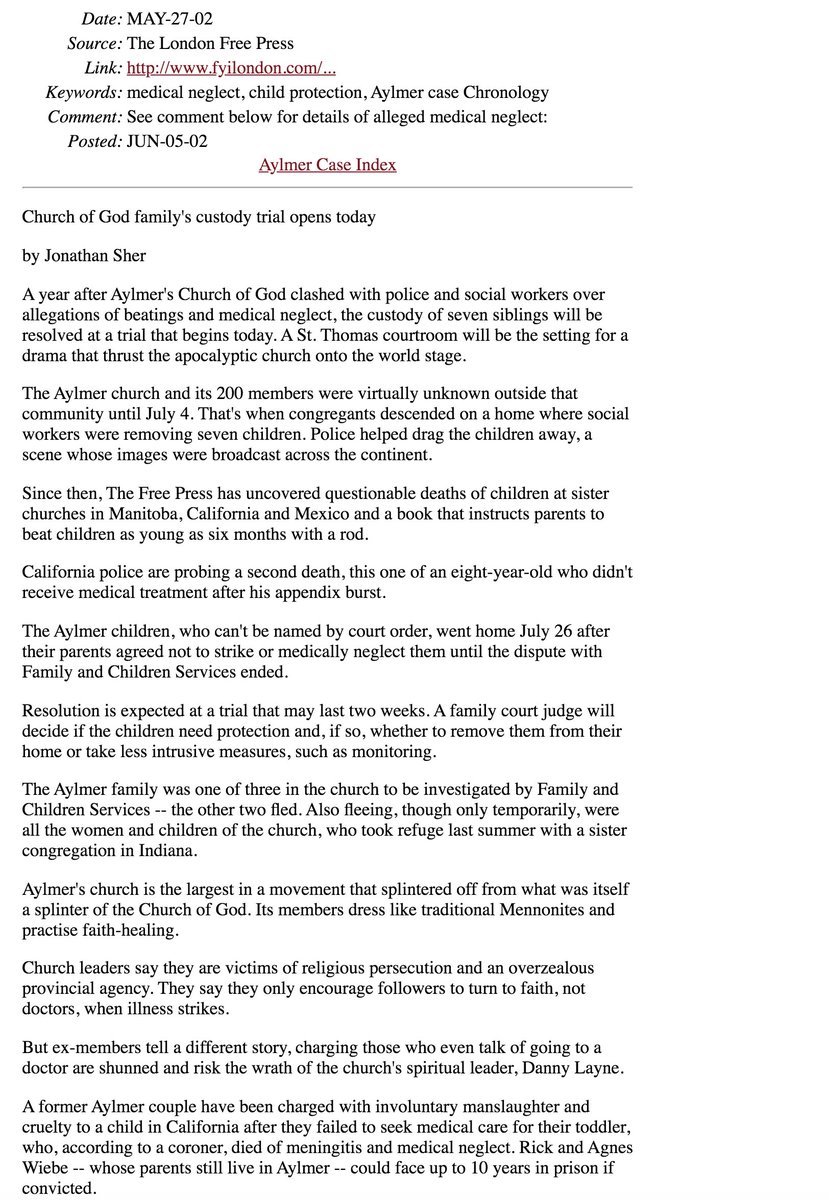 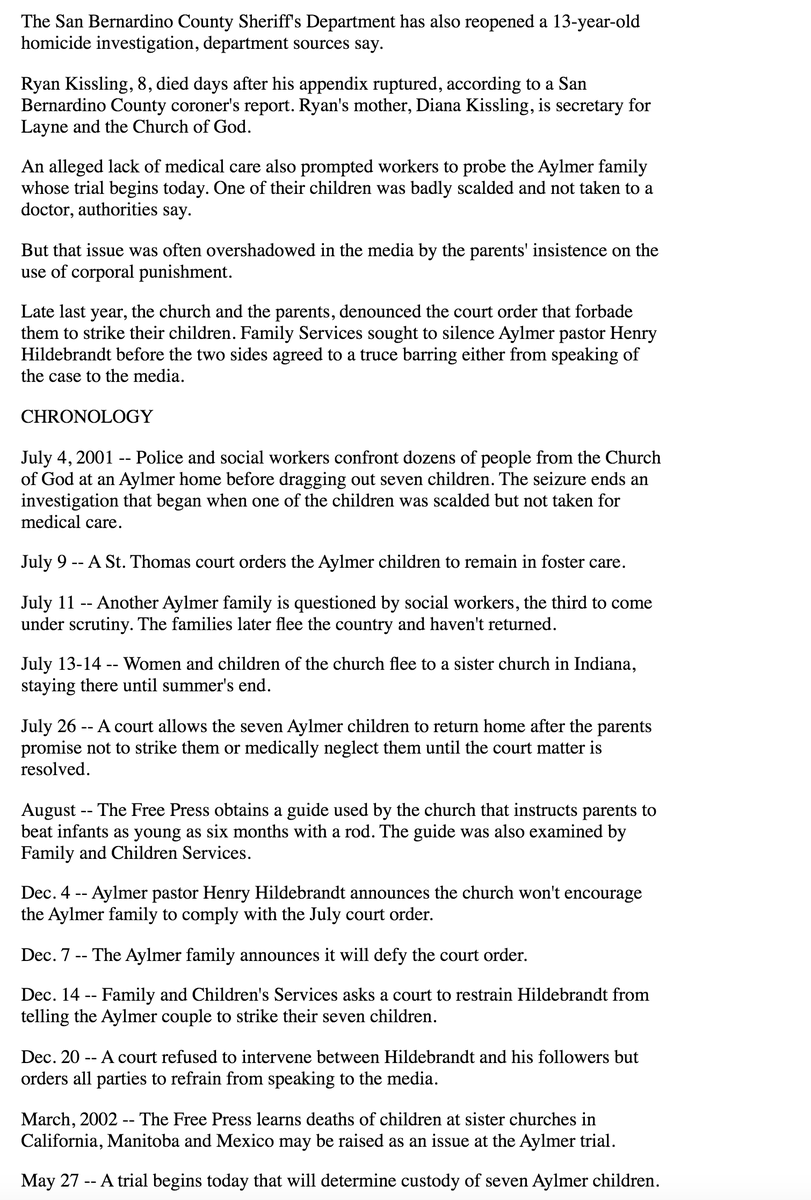 13/14 The family and Children's Aid later reached a settlement in which the agency continued to oversee the safety of the children for six more months but under a different social worker.
14/14 So as American broadcaster Paul Harvey would say, “And now you know … the rest of the story.”
You can follow @SherOnHealth.
Tip: mention @twtextapp on a Twitter thread with the keyword “unroll” to get a link to it.