Read on Twitter
It's what you have all been waiting for - a thread on Animal farts. Just want to highlight some of my favourite entries from the book!

1. Sea cucumbers don't fart but there is a fish called a pearlfish that lives in their butt (well, cloaca) and eats their gonads. 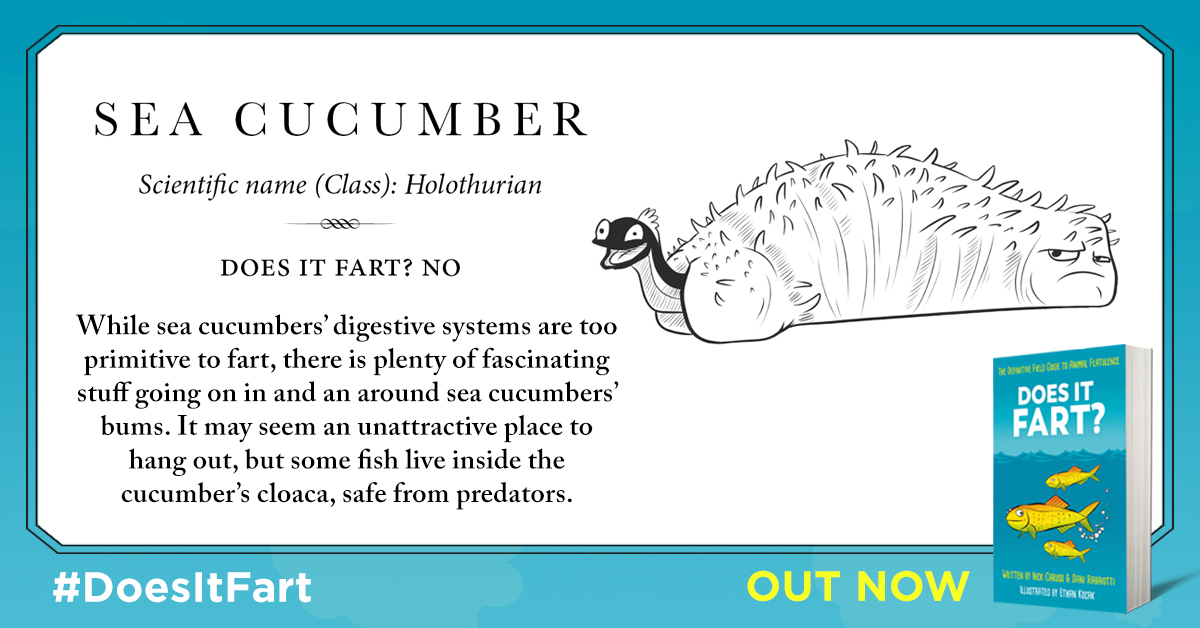 You can see the pearlfish entering the sea cucumbers butt in this gif. Living inside a sea cucumber keeps them safe from predators. The sea cucumbers respiratory and reproductive organs regenerate once eaten - so the pearlfish essentially gets an endless supply of food!
2) Herring fart to communicate. They release air from a specialised duct near their tails which makes a high pitched raspberry - scientists dubbed this a Fast Repetitive Tick - or FRT. 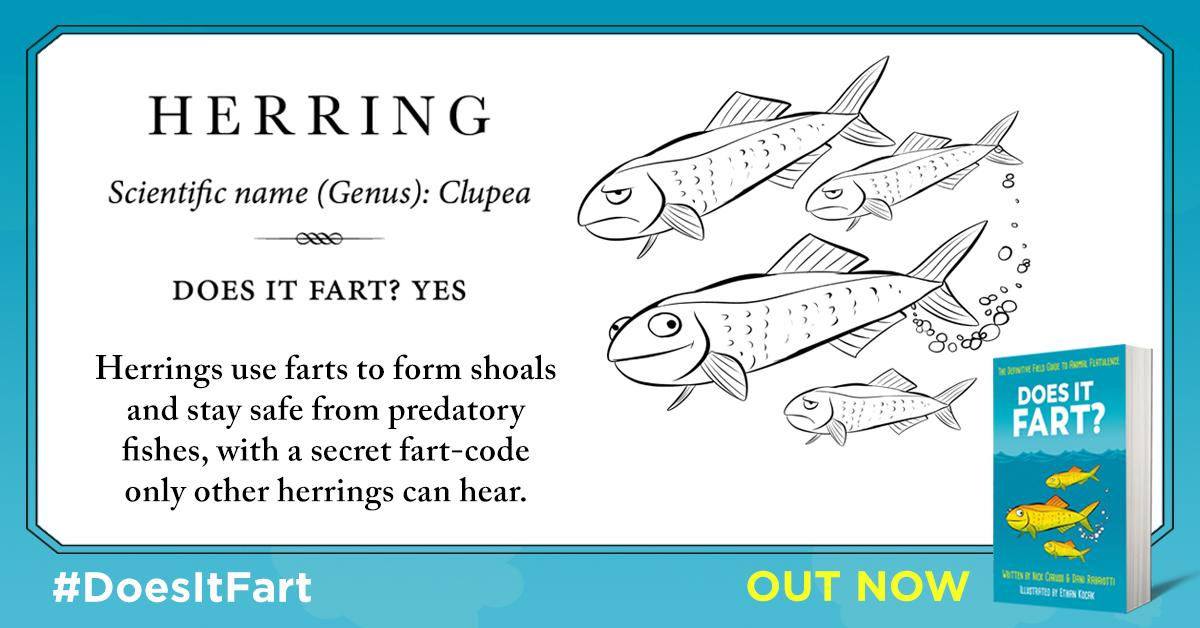 You can read the paper describing this finding here - it won an igNobel prize! https://www.ncbi.nlm.nih.gov/pmc/articles/PMC1809969/
Pacific and Atlantic herring produce burst pulse sounds.

The commercial importance of Pacific and Atlantic herring (Clupea pallasii and Clupea harengus) has ensured that much of their biology has received attention. However, their sound production remains...

https://www.ncbi.nlm.nih.gov/pmc/articles/PMC1809969/
3) Woodlice/pillbugs basically fart out of their entire bodies all the time to get rid of ammonia and I for one think that is pretty awesome. Although I am glad we don't do that.... 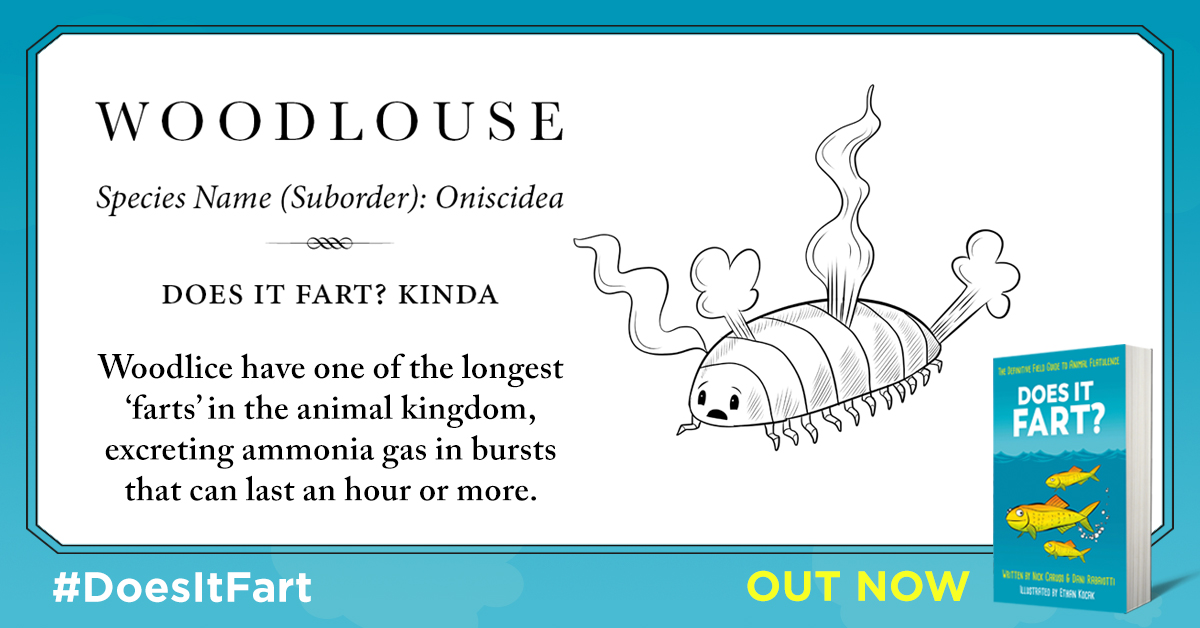 4) The beaded lacewing is a small unassuming insect - but it's larvae have some deadly farts. They produce an allomone - a type of chemical that only effects termites - and this is used to stun, and even sometimes kill, their termite prey! 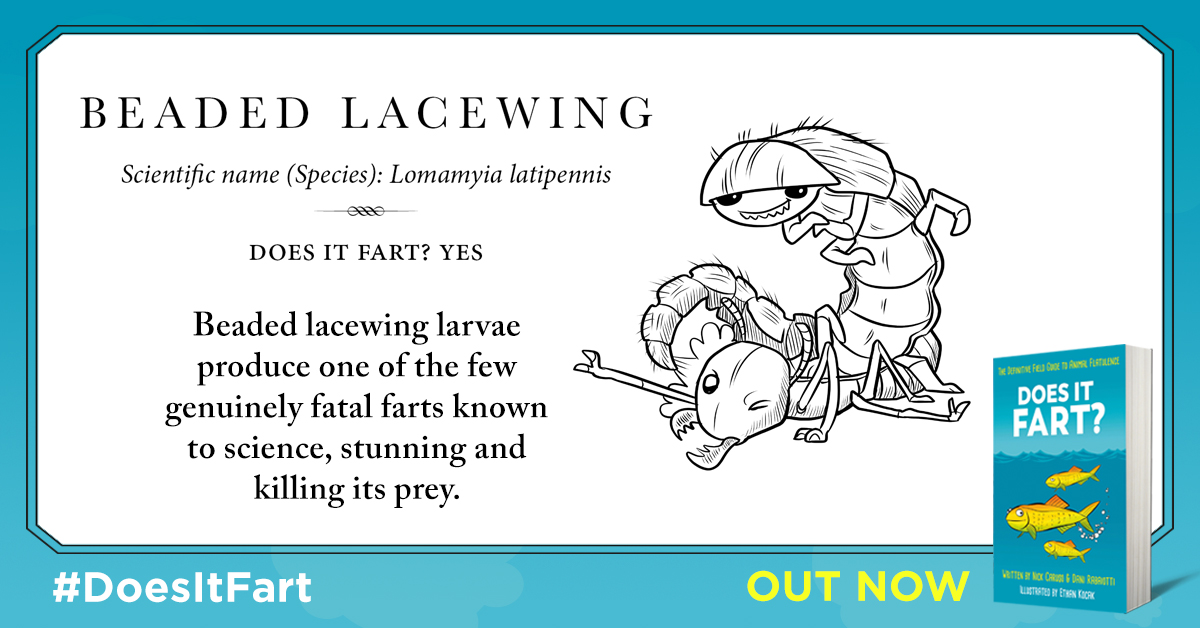 5) Did you know that birds don't fart? They lack the gut bacteria, and food travels through them really fast.

A lot of people claim their parrot farts - but more likely it is just mimicking the sound of your farts! 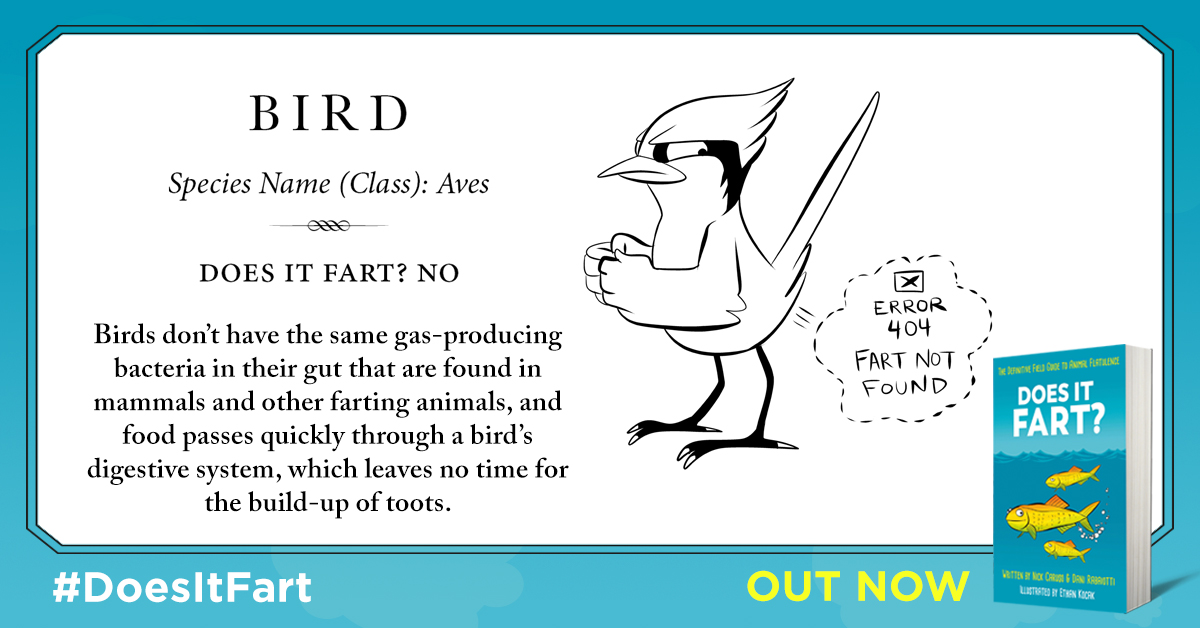 The one exception to this can be if they get a cloacal infection - this has been reported in chickens in particular.
6) And finally, and most importantly, you all should know that whether unicorns rainbows and glitter is still being debated. 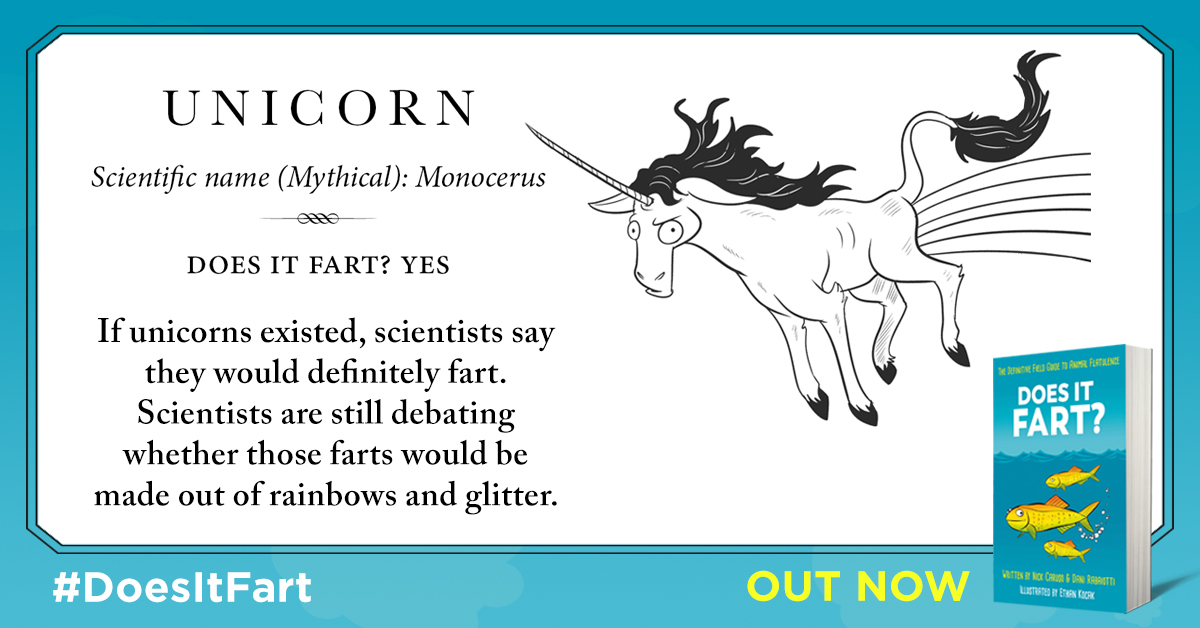 If you want more of this kind of content obviously please buy our books, but also follow myself ( @DaniRabaiotti), @PlethodoNick and @Blackmudpuppy !

NEW YORK TIMES BESTSELLERThe ultimate guide to animal flatulence: the perfect gift for anyone who has ever farted. Dogs do it. Millipedes do it. Dinosaurs did it. You do it: I do it. ...