Read on Twitter
Friday physics fun: in 1778 Georges-Louis Leclerc, Comte de Buffon estimated that the Earth was 97,000 years old. He did it by heating metal spheres in his foundry and measuring how long it took them to cool down. It was a very good wrong result. 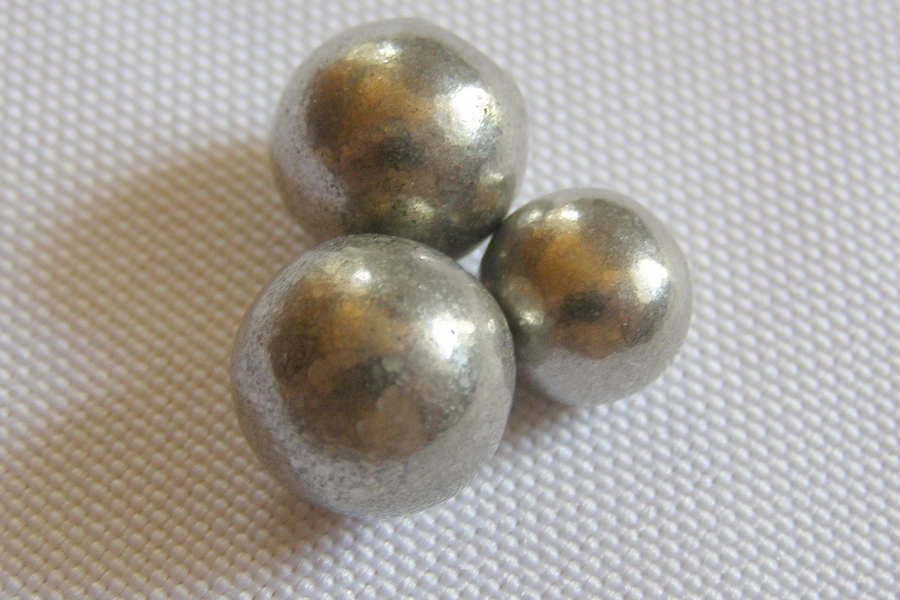 The experiments were based on the idea that Earth formed as an incandescent mass and has been losing heat ever since. Since de Buffon found that the time to cool down was proportional to the radius of the metal sphere he could estimate the age of the Earth from this.
This flew in the face of biblical estimates of an age of 6000 years, and was condemned by the Faculty of Theology at the Sorbonne. He published a retraction... and kept publishing his books unchanged. This was the start of scientific study of the age of Earth.
One problem with the experiment was that he did not use a thermometer: there was none that could handle hot metal and he was suspicious about surface contact. So he used the time until the sphere didn't burn one's hand when held for half a second!
The *big* problem was that he assumed the spheres had the same temperature on the inside as on the surface. They did not. The time to cool down actually grows with the *square* of the radius, so his age estimates were big underestimates. https://www.sciencedirect.com/science/article/pii/S1631071317300731
About the age of the Earth

The author presents the first attempts of eminent specialists, such as Leibniz, Buffon and Kelvin to specify the age of the Earth through different it…

https://www.sciencedirect.com/science/article/pii/S1631071317300731
(Technically, the Biot number - the ratio between how fast heat is conducted inside a body and how fast it leaves the surface - is big for Earth but small for de Buffon's spheres. This is why his scaling did not work) https://en.wikipedia.org/wiki/Biot_number
There were of course other problems too, but it was a good start. He did careful experimentation with what he had, tried different variations and materials, and documented it meticulously. https://books.google.co.uk/books?id=Ggc3yJ425IoC&lpg=PA139&ots=EvqlqJNICB&dq=comte%20buffon%20metal%20spheres&pg=PA139#v=onepage&q=comte%20buffon%20metal%20spheres&f=false
The World in a Crucible https://books.google.co.uk/books?id=Ggc3yJ425IoC&amp;lpg=PA139&amp;ots=EvqlqJNICB&amp;dq=comte%20buffon%20metal%20spheres&amp;pg=PA139#v=onepage&amp;q=comte%20buffon%20metal%20spheres&amp;f=false
The theory of how heat spreads was properly developed a generation later by Joseph Fourier (mathematician, Egyptologist, discoverer of the greenhouse effect). https://en.wikipedia.org/wiki/Joseph_Fourier
A generation later still, Kelvin tried to estimate Earth's age using geothermal heat, again getting an underestimate (24-400 million years). This was because of not including mantle convection and radioactivity (not known at the time). https://www.geosociety.org/gsatoday/archive/17/1/pdf/i1052-5173-17-1-4.pdf
Estimating Earth's age from heat considerations has too many moving parts to be reliable. We are still a bit uncertain about the ratio of radioactive to primordial heat: https://agupubs.onlinelibrary.wiley.com/doi/full/10.1029/2007RG000241 Current age estimates are instead based on radioactive dating of minerals.
Urey ratio and the structure and evolution of Earth's mantle

The Urey ratio describes the contribution of internal heat production to planetary‐scale energy balance, and knowing this thermal budget for Earth is essential to understand its long‐term evolution....

https://agupubs.onlinelibrary.wiley.com/doi/full/10.1029/2007RG000241
de Buffon is also known for his needle problem (the second least efficient way of estimating pi) https://mathworld.wolfram.com/BuffonsNeedleProblem.html & annoying Thomas Jefferson enough to deliver a bull moose (his biology was also wrong, but sometimes in productive ways).
You can follow @anderssandberg.
Tip: mention @twtextapp on a Twitter thread with the keyword “unroll” to get a link to it.